We have owned Rusalka since the second half of 2014. She was just over 6 years old, named Bajazzo, Swiss registered and lying in Port Napoleon Marina at Port Saint Louis du Rhône in the the south of France.

The previous owner bought her new to sail the Atlantic in the ARC 2008. After arriving in Saint Lucia she spent a couple of seasons cruising the Caribbean. 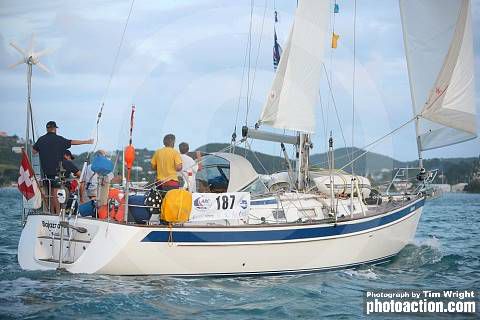 The boat was shipped back to Europe, on a Dockwise freighter DYT Transport. Then after a couple more years cruising the Mediterranean the owner decided to sell.

We had a friend, who lives not far away just outside Saint Tropez, to have a quick look at her. We then flew over to inspect for ourselves. We returned home and after much anxious thinking negotiated a price and signed a sales contract. There was a lot more work sorting out all sorts of things - survey, insurance, vessel registration, transport back to Australia, all sorts of fees and charges, vessel preparation. We flew back to Port Napoleon and after a short while moved on board continuing to organise, wait, organise, wait, organise, wait........

Finally it was time to go. From Port Napoleon we sailed (motored) to Genoa in Italy. There was more waiting....

Then it was time to load the boat onto the freighter Happy Dragon. We met other people also using the Happy Dragon to ship their boat to New Zealand. Having put off our return flight to Australia several times at great expense, we decided to not see the loading, instead leaving it for someone to do in early October - so we missed that event. 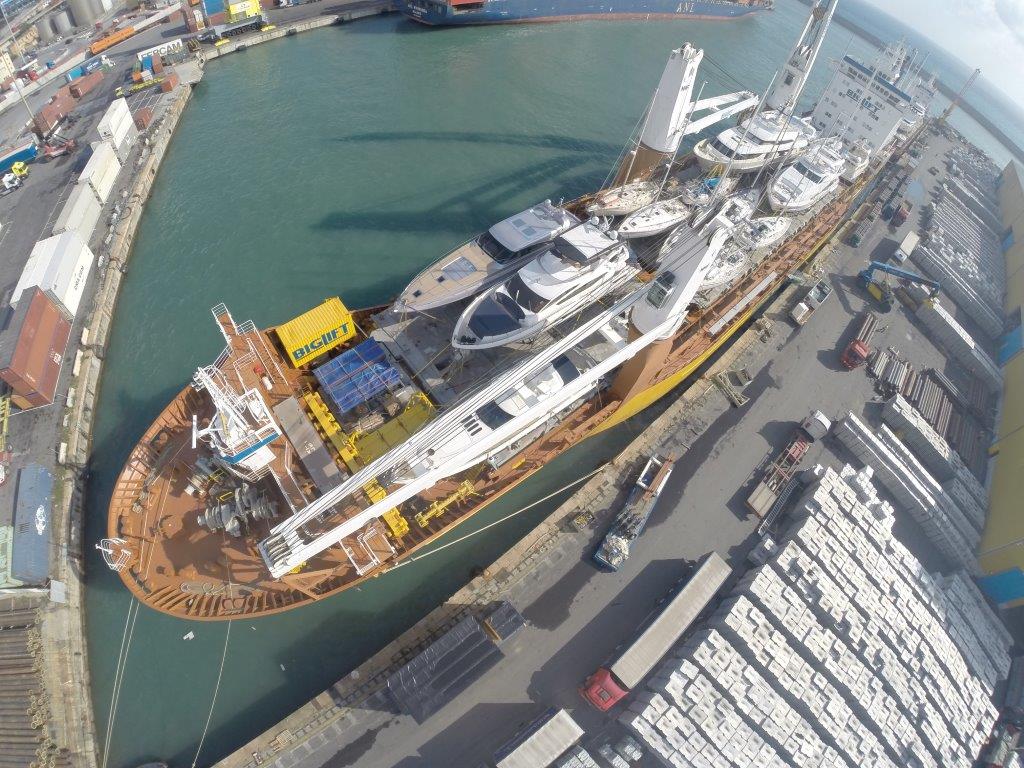 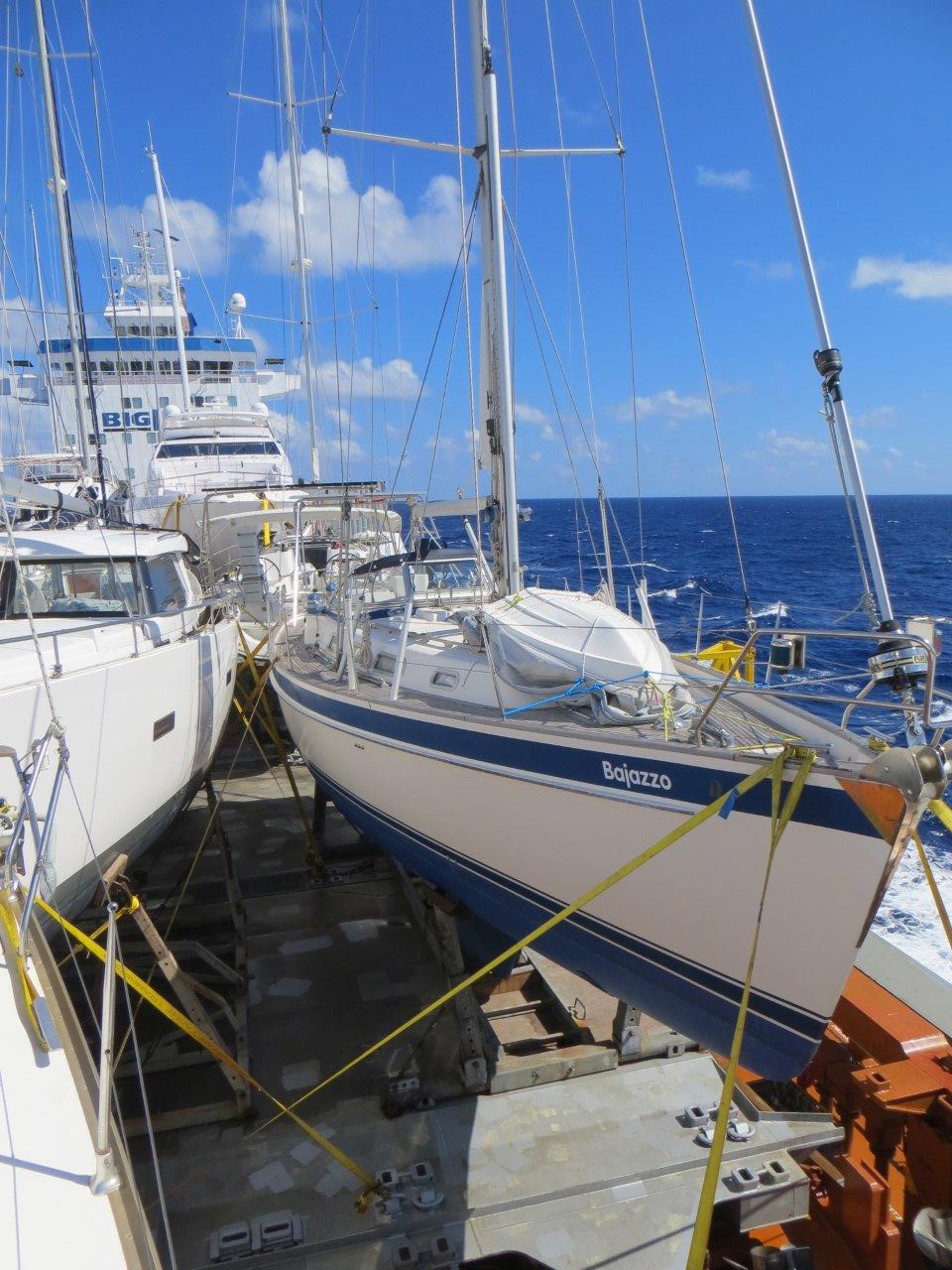 Back home we eagerly awaited the arrival. We were able to follow the Happy Dragon online, on its way from Genoa to Florida, through the Panama Canal (saw it on a live web cam through the canal) and to Auckland NZ. Just before it arrived in Newcastle NSW, we couriered several boxes of stuff then flew up just in time to see the Happy Dragon arrive into port in the first week of December.

Once docked, it was lowered over the side into the water where I hopped on board and brought her into the Newcastle Cruising Yacht Club. Import formalities were completed and the name was changed to Rusalka. 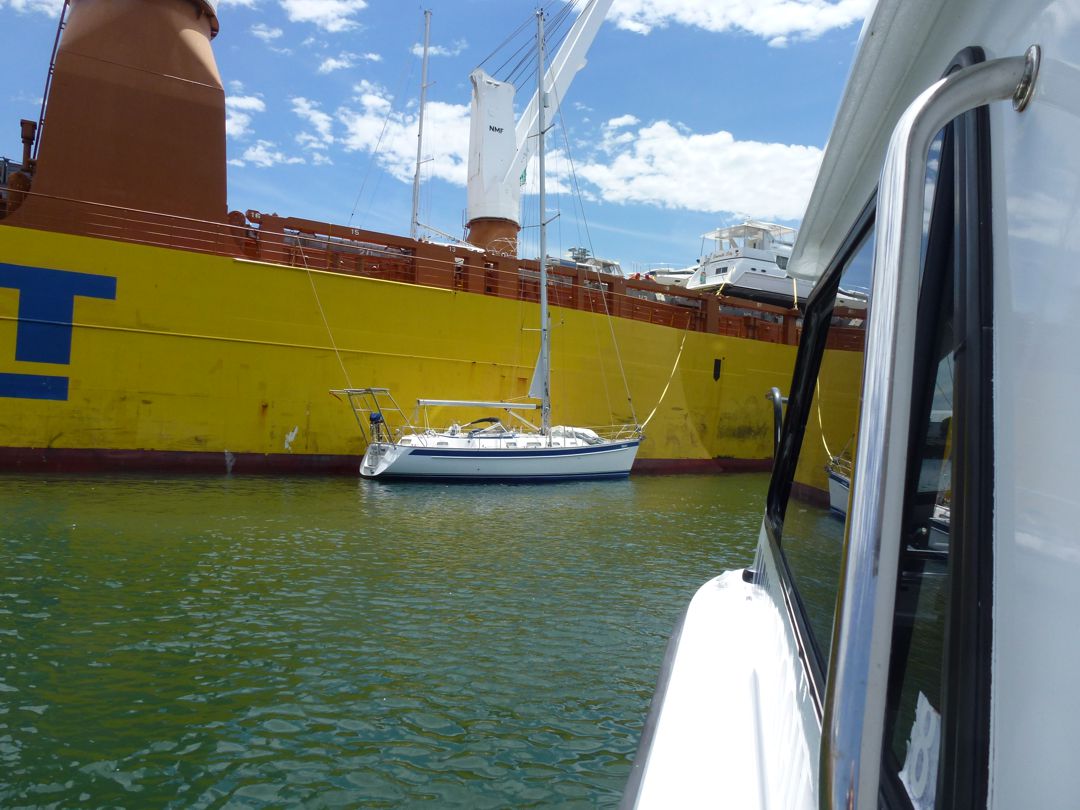 Crew arrived for the delivery Newcastle to Hobart - Andrew and Damian. With 4 of us on board it was a quick trip to Hobart stopping in Pittwater, Jervis Bay, Eden, bumpy 6m seas across Bass Strait, Orford and finally Kettering in Tasmania, a week before Christmas 2014. 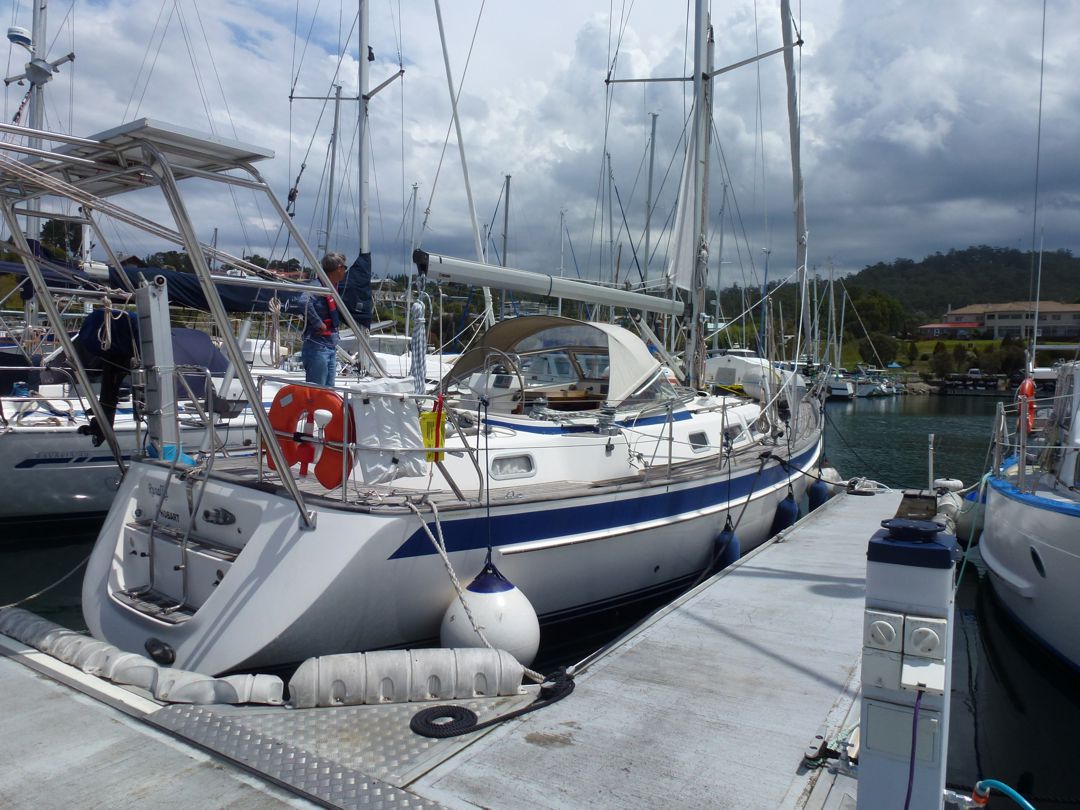