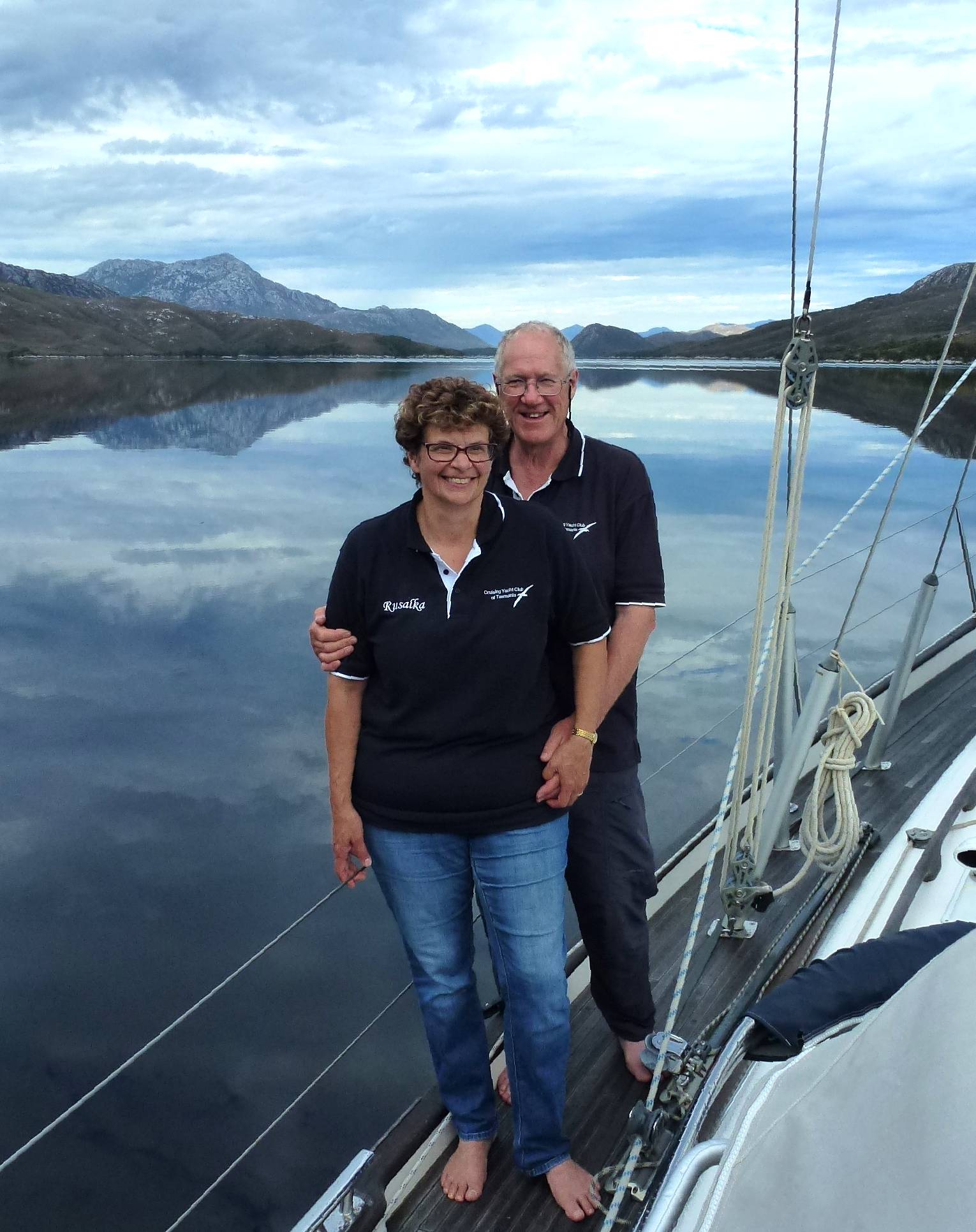 I built a mirror dinghy in the 1970's. From there I went straight to my first keel boat - an Australian designed and built Compass 28. This only lasted a few years when career, family and life took me into different directions. My engineering career saw me going to sea on scientific research cruises around the western Pacific, Antarctica and the tropics. After retirement from regular employment, whenever I saw sail boats I would stare at them and think back to my sailing days decades earlier, and talk to Jackie about it. One day, during one of these moments, Jackie said, "either get a boat or stop talking about it". That was it! We bought Chaika, a Jeanneau 36i, and used this to get me back into sailing and help Jackie, who'd never owned a boat before, to learn the ropes. Two and a half years later we decided we wanted to continue this life and upgraded to Rusalka, a comfortable and safe, coastal and ocean going, Hallberg-Rassy 40.

Rusalka is based in Kettering, just south of Hobart, Tasmania. There are wonderful cruising grounds in sheltered waters nearby. A little further afield, the islands of Bass Strait to the north or the rugged and isolated Port Davey, Bathurst Harbour inlets on the west coast of Tasmania offer unique experiences that cruisers from many parts of the world try to get to. For the more adventurous the Southern Ocean is just on our doorstep, whose affects can be felt around the south and west coasts of Tasmania, Bass Strait and the Tasman Sea.