Cruising in the Baltic 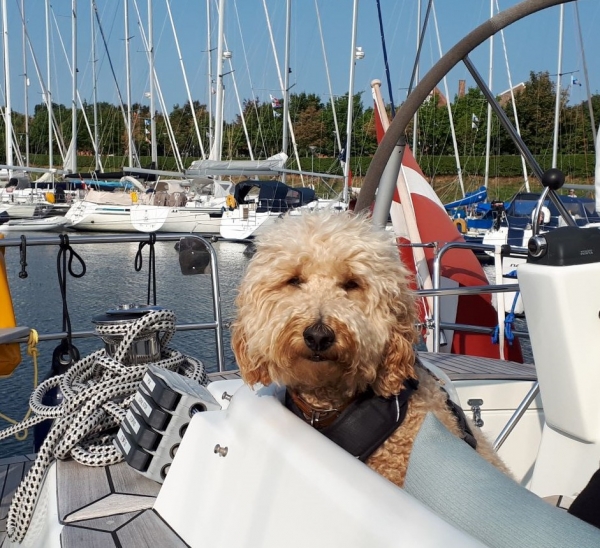 Warning - this post is a long one! I decided to tell the whole story of our trip to Denmark in one post.

A few years ago Alex and I had the idea that we would like to sail in Scandinavia (I had visions of tying up, bow-to, to a rock on an island in the Swedish Archipelago). Since we have a Swedish built Hallberg Rassy we thought it might be possible to organise an exchange, in which we would sail with another Hallberg Rassy owner on their yacht in the northern summer and then they would sail with us on Rusalka in our summer.  We proposed the idea on a Hallberg Rassy owners’ forum, but only got a few responses that didn’t work out.

Then a year and a half ago I saw a post on the Women Who Sail Australia facebook page from someone in Denmark wanting to do a “hosted interchange” – essentially the same idea we had.  We contacted Gitte and Hans and began a Facebook Messenger dialogue, getting to know each other and eventually deciding that we probably would be compatible enough to share a boat for a couple of weeks.  It worked out for us to sail with them first as we were planning a trip to Europe in 2018 anyway.

We arrived in Copenhagen the last week of August – just after the heatwave that engulfed Europe for the summer had ended, but there was still some warmth in the air and longish days.  Our host boat, Frivaerdien, is berthed in Langelinie Harbour, right next to the Little Mermaid and near the centre of the city – very convenient for sightseeing. 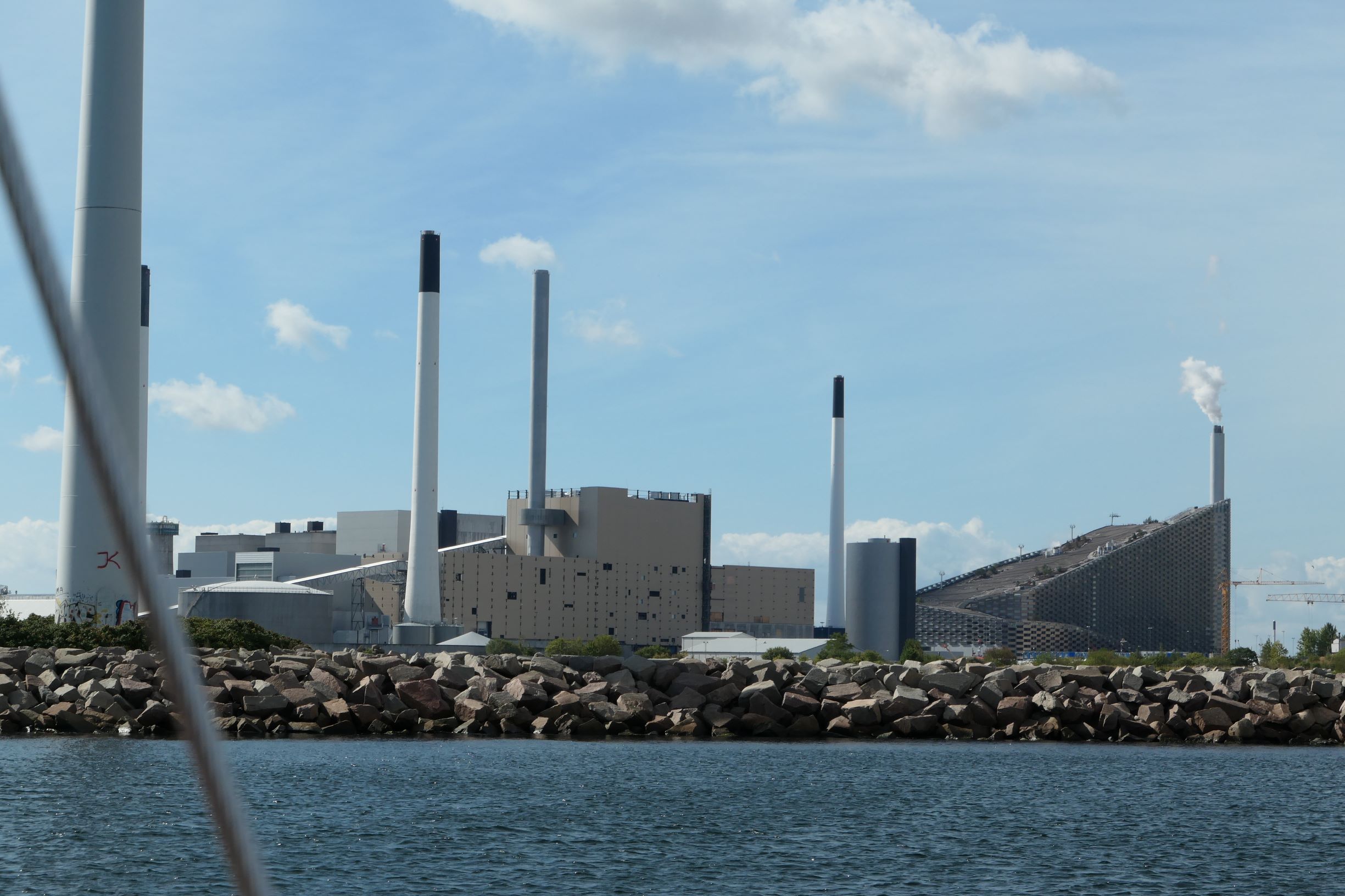 Copenhagen fun fact: This power plant burns garbage for fuel and part of its roof serves as a ski slope for this very flat country!

Frivaerdien is a Nordship 380, a lovely Danish deck saloon with heaps of space and light inside. After a day of settling onto the boat and looking around the sights, we set off with Hans, Gitte, and Skipper the Goldendoodle (Golden Retriever/Poodle cross) for a trip around Øresund, the body of water between Denmark and Sweden. 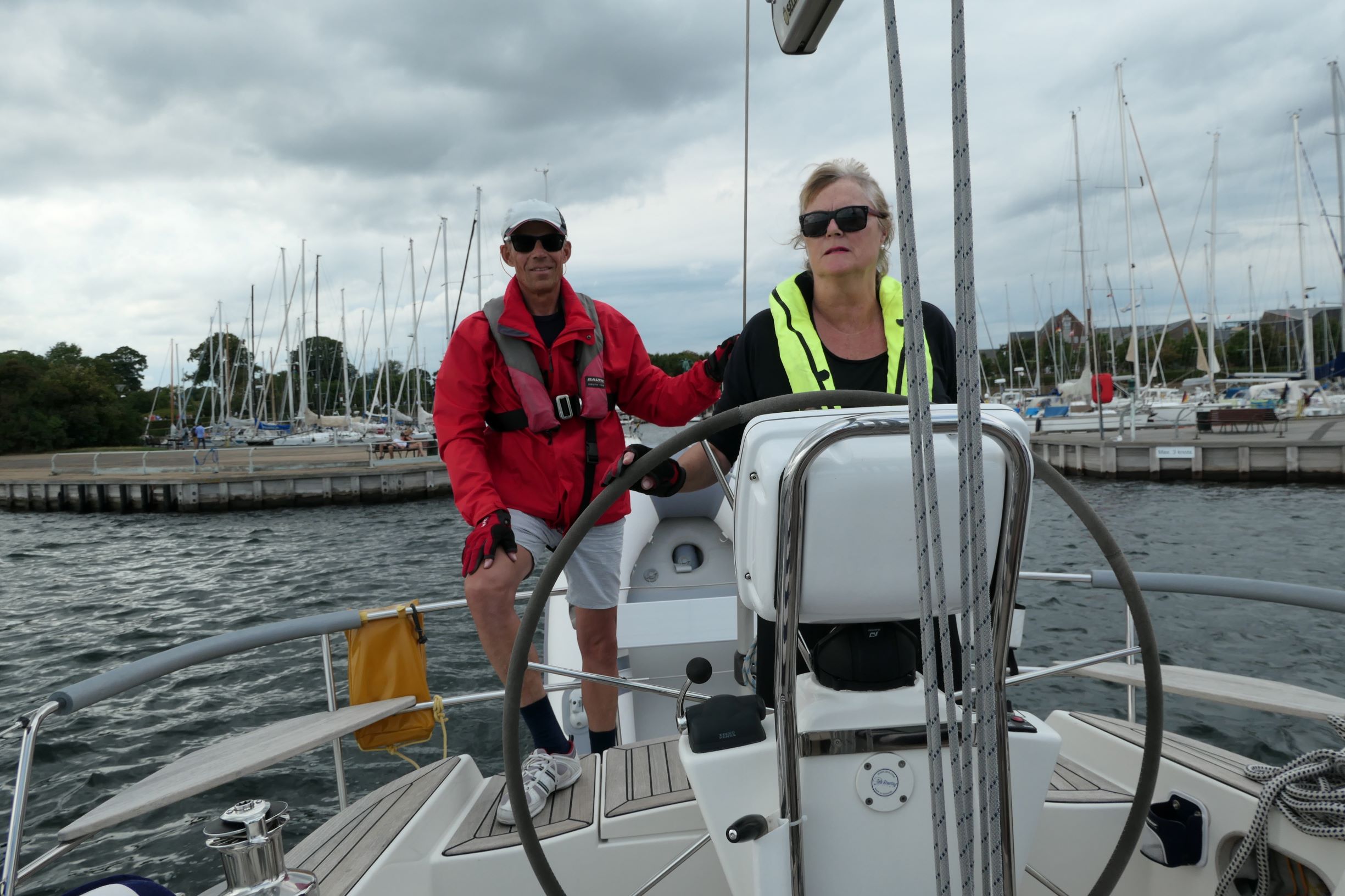 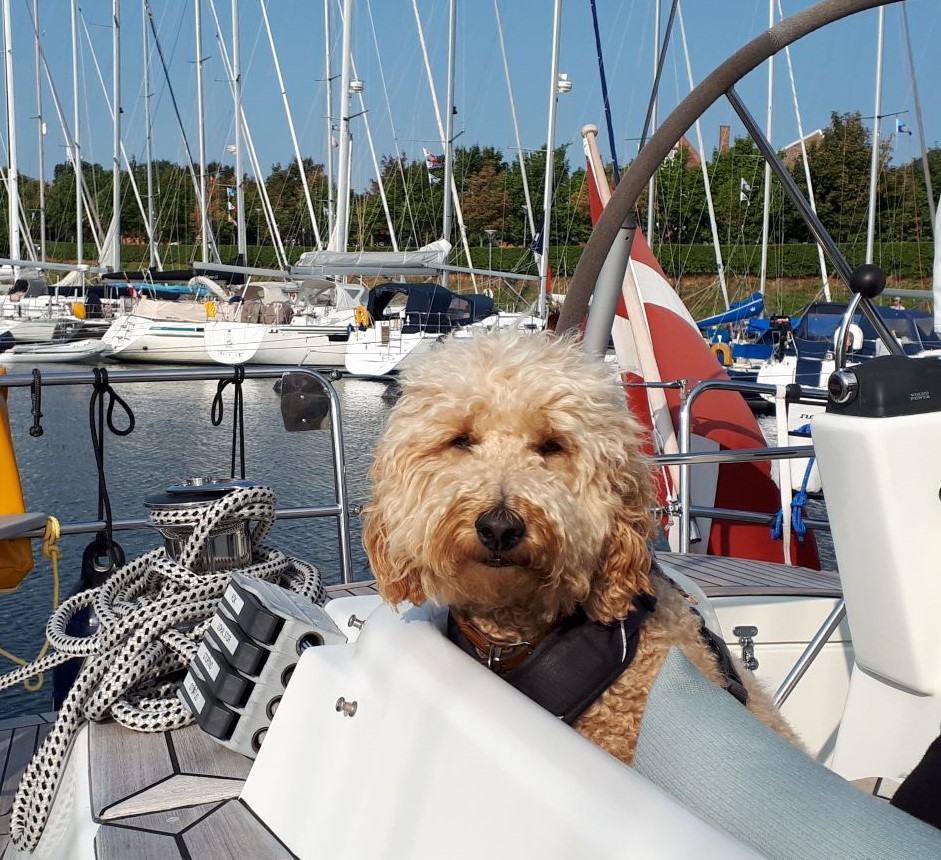 The first day we had a cracking sail east, sailing in company with a group of boats participating in a yacht race from Germany.  We berthed against the harbour wall in the picturesque old fishing village of Dragør and enjoyed a lunch of fried fish balls with remoulade.

The next day we sailed under “The Bridge” (those of you who like Nordic noir TV dramas will know which bridge I’m talking about!)

and into downtown Malmö, Sweden.  We were in a marina created from an old drydock, which has been renovated with apartment buildings all around the marina, very modern, a bit cold – a very different feel to Dragør. 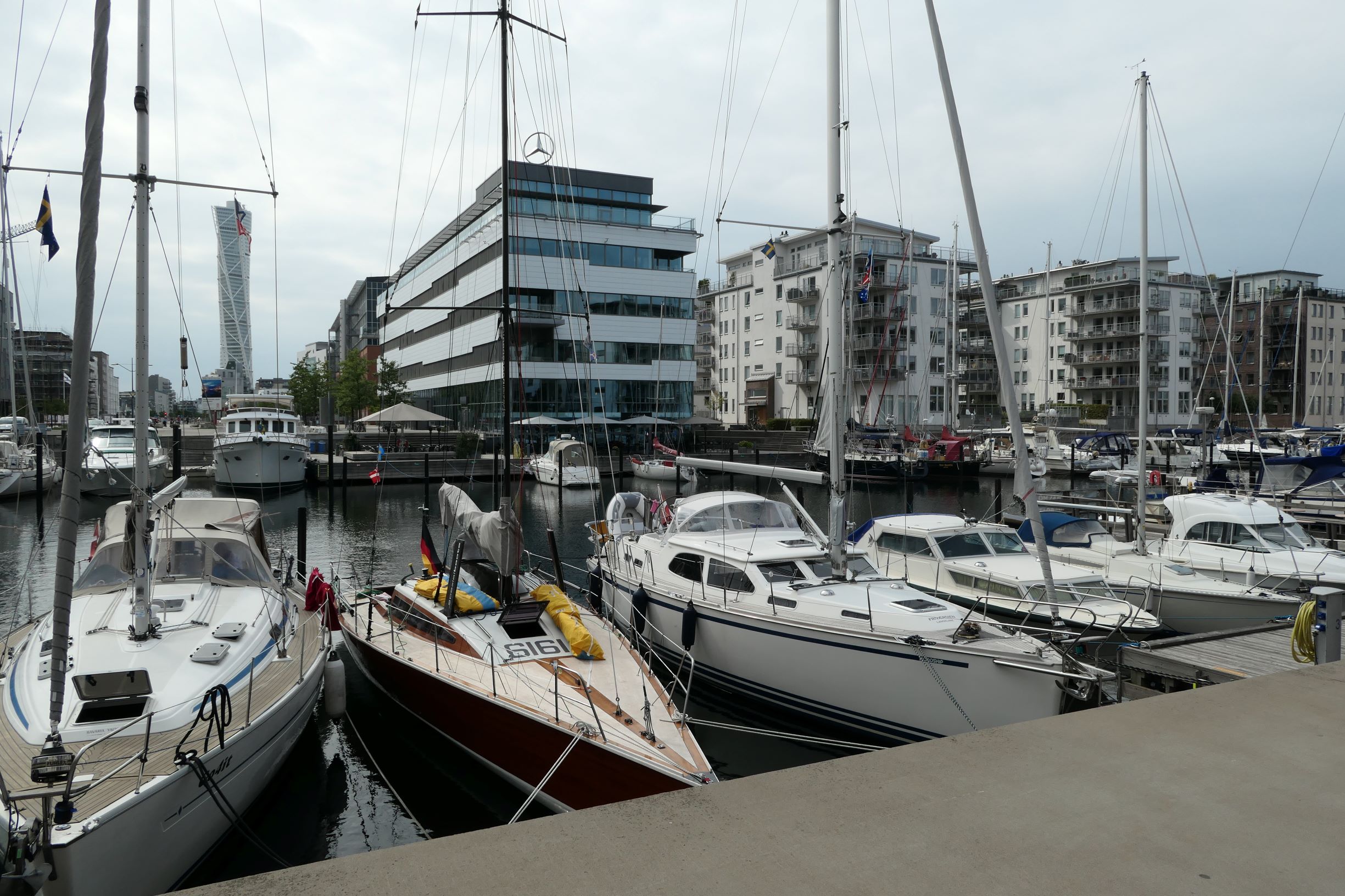 The next day was windy and we indulged in some sightseeing, Swedish ice cream (more generous serves than Danish ice cream!) and visiting other boats. The following day we made a short hop to the next harbour to the west, Lomma, a pretty harbour up a river entrance.

After a quick sail back across to Denmark to do laundry and stock up on Danish Rye bread (as opposed to Swedish Rye bread, which was inferior in our hosts’ opinion!), we headed to Ven, a small island between the two countries (although technically part of Sweden). This compact and pretty island has a couple of snug little harbours, rolling countryside with fields of rye, and is home to a museum dedicated to 16th century astronomer Tycho Brahe. 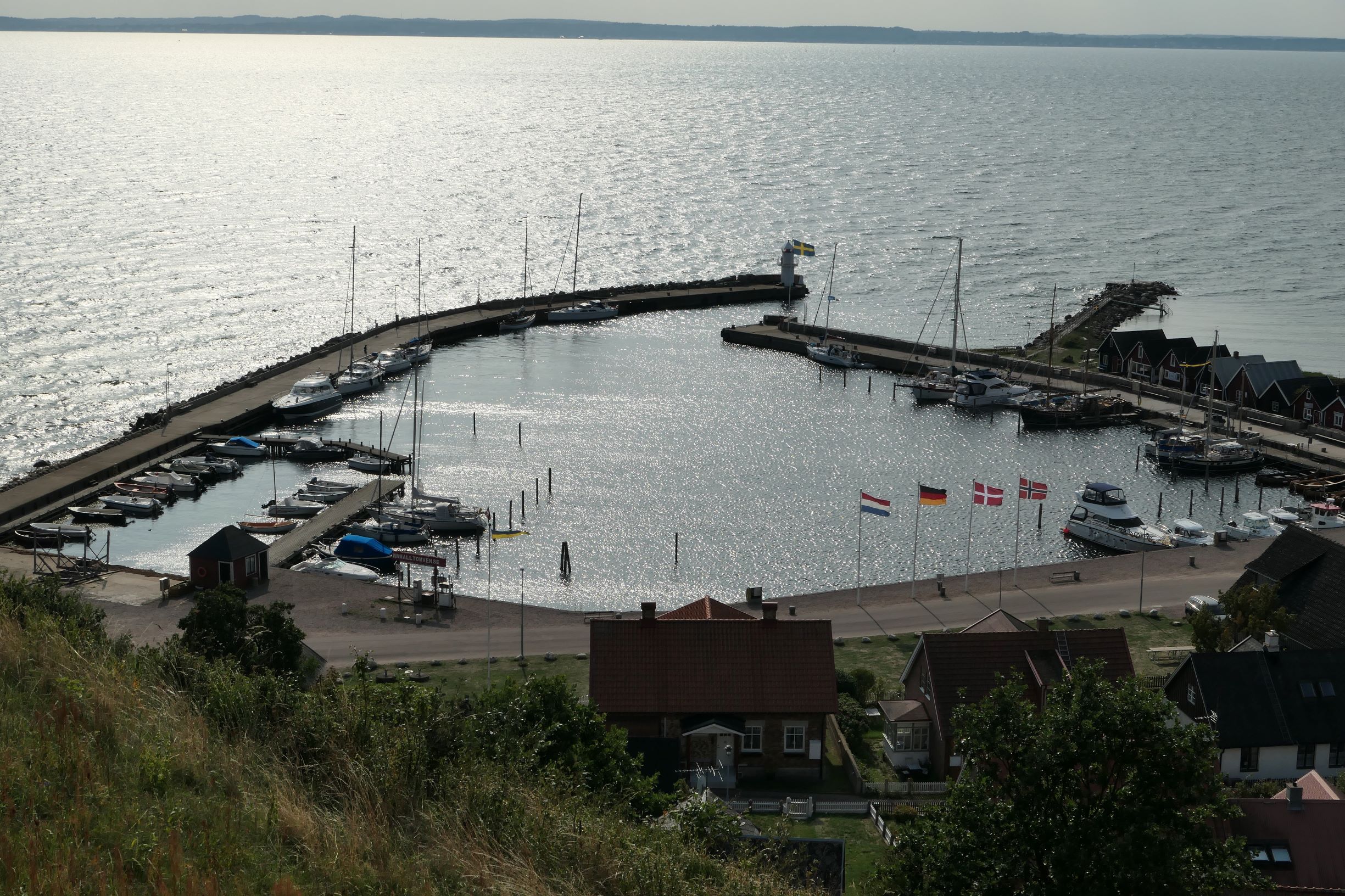 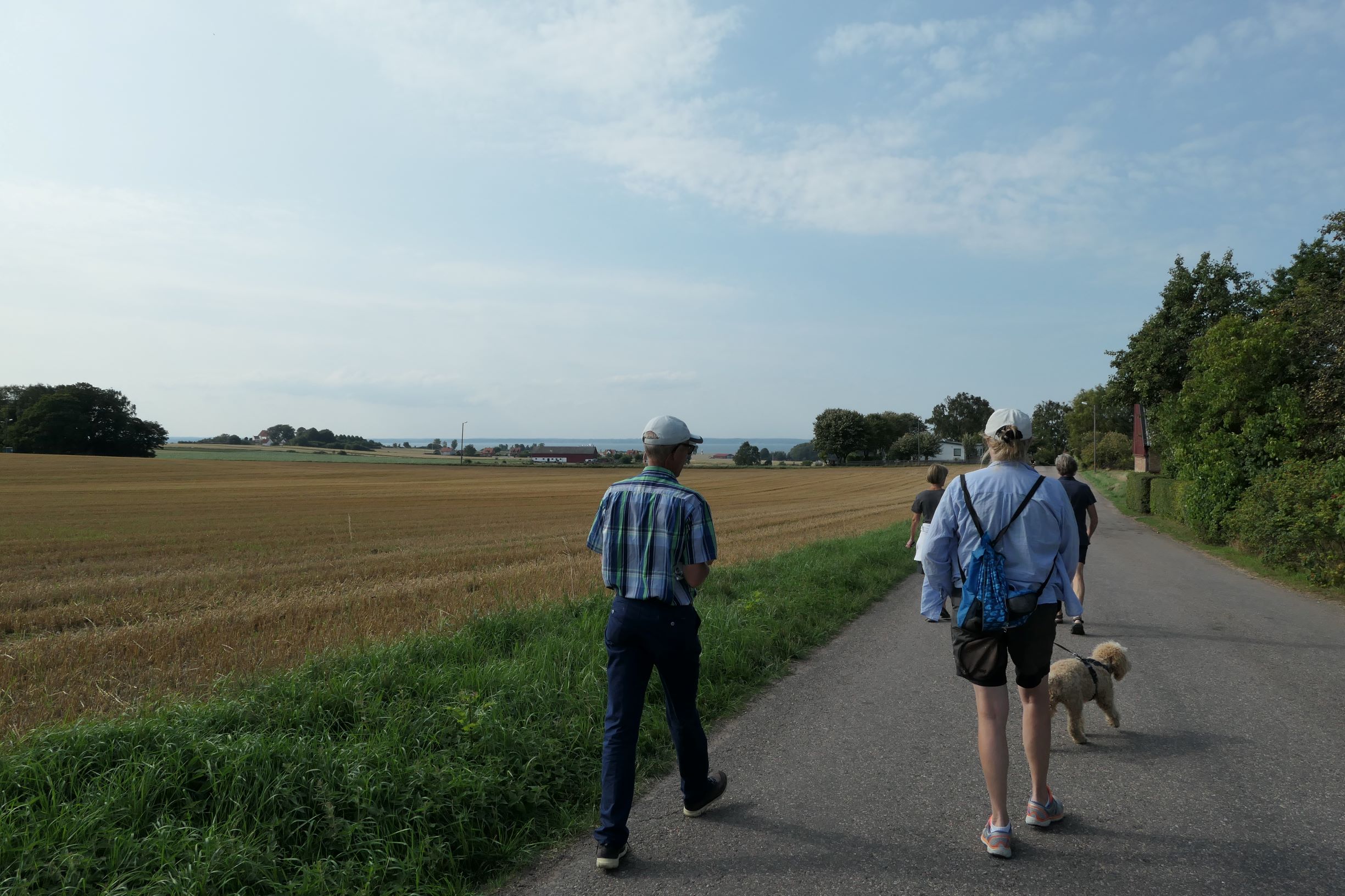 Our next stop was back in Denmark, in the historic town of Helsingør, where we berthed in the shadow of the castle of Kronborg (made famous by Shakespeare in Hamlet). 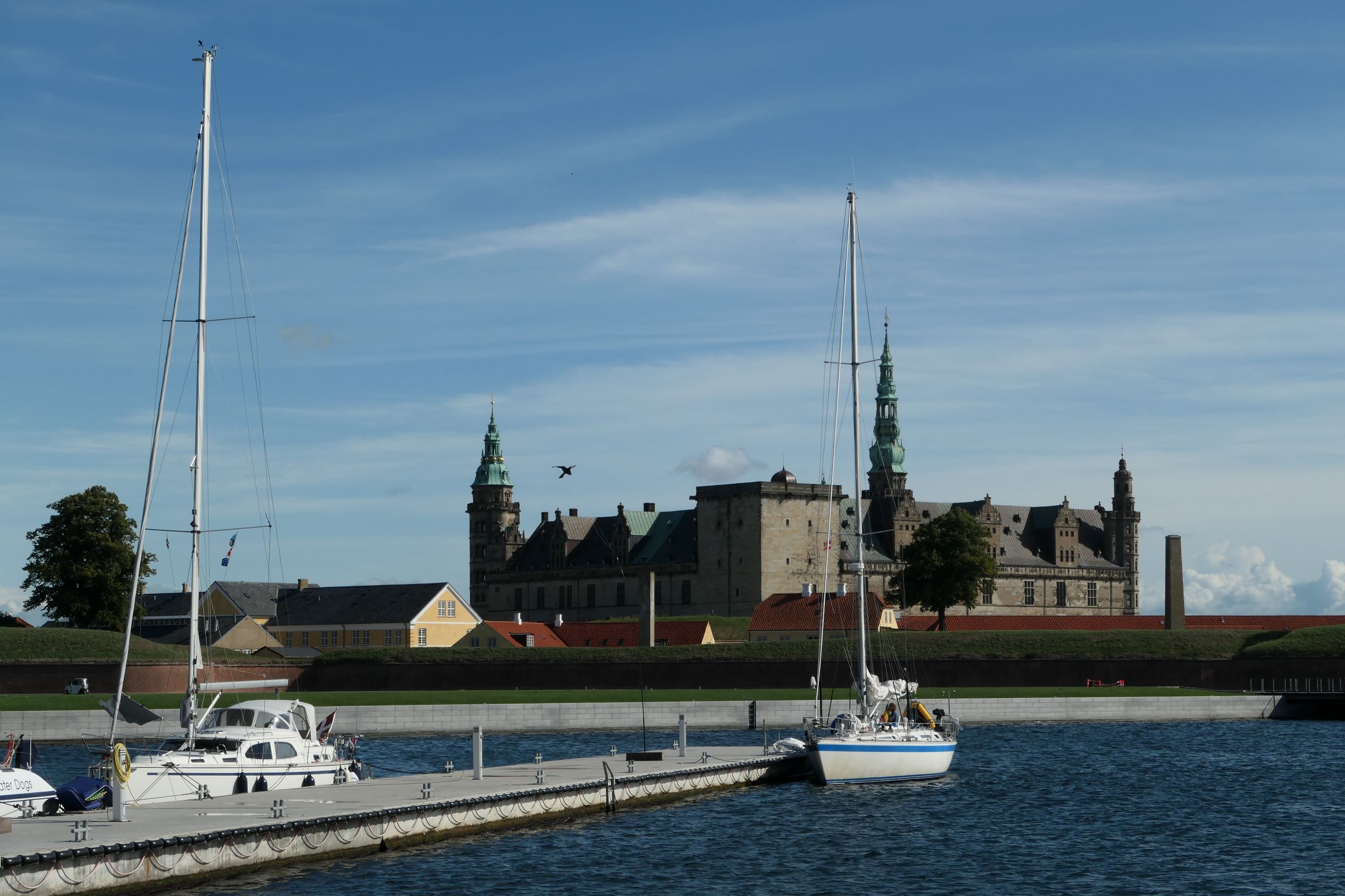 The hero Holger Danske, who sleeps under Kronborg and will awaken to save Denmark in her hour of need 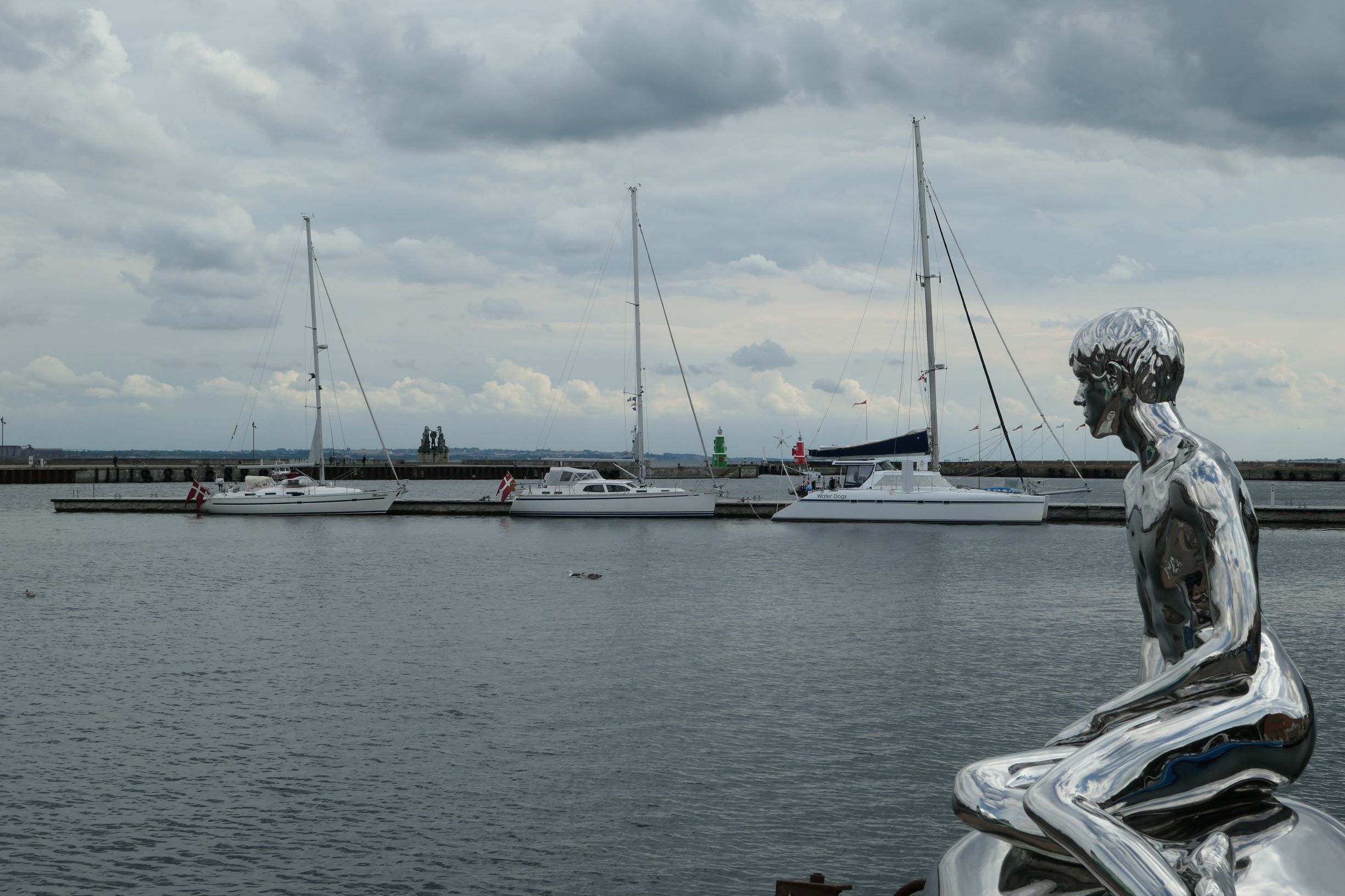 This harbour was busy with frequent ferries heading across to Helsingborg in Sweden.  A big cold front came through in the afternoon, bringing wind and rain and almost drowning out the loud music festival taking place next to us along the harbour.

With the change in weather it was back to Copenhagen.  The remainder of our visit was a mixture of sun and showers and short day sails. One diversion was going to see French President Macron's procession from Kastella to the palace, complete with mounted hussars and royals.  Alex filmed the procession (click here for video), but the highlight for me was seeing our Mary! 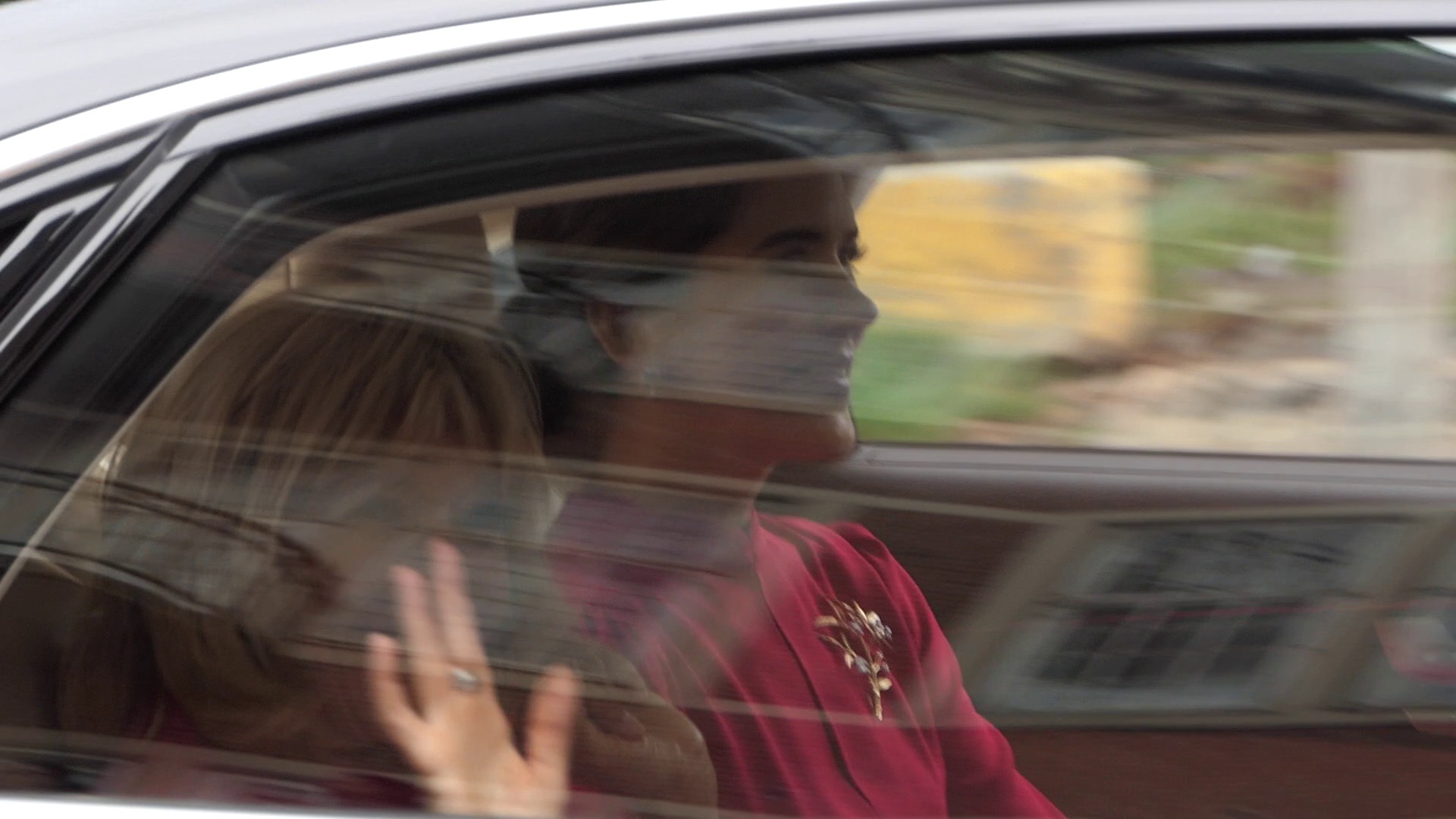 We enjoyed the opportunity to crew on Niels and Bodil’s boat Hot Stuff (Bavaria Vision 42) for the annual 22 mile race around Saltholm Island.  We weren’t sure when the race started (no starter gun), we missed a mark (disqualifying us), and weren’t sure where the finish line was, but we had a lot of fun on the way! 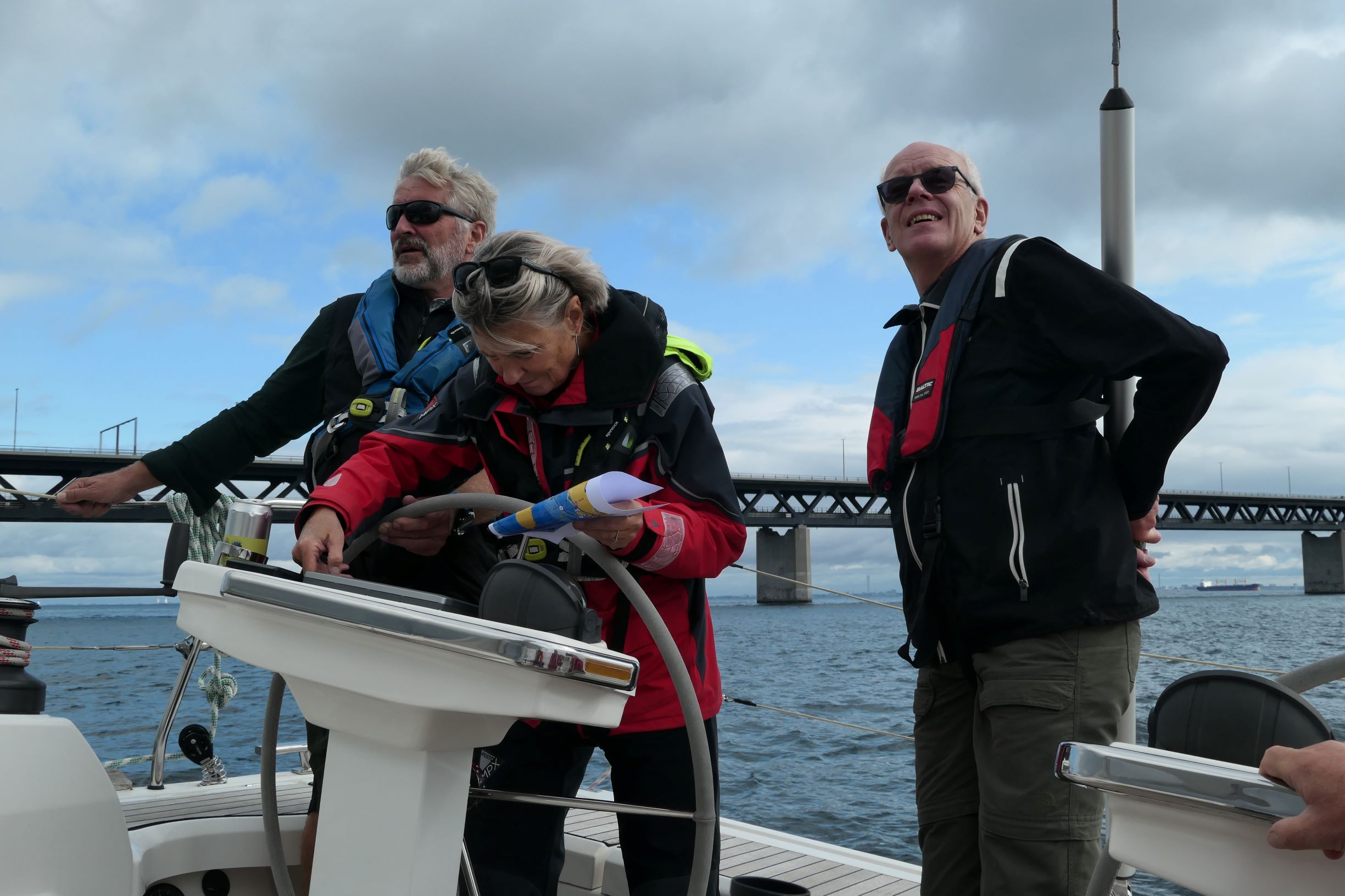 We enjoyed our time in Denmark and are looking forward to our hosts Hans and Gitte coming down to Tassie to experience our very different sort of cruising.