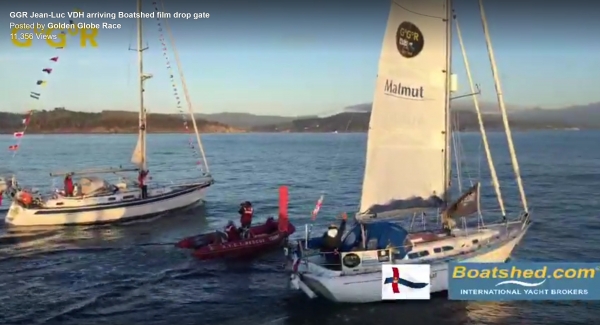 We’ve been following the GGR for over a year on their facebook page and website.  This solo round the world race aims to recreate the conditions of the original GGR in 1968.  There are only two “gates” in the race that the entrants have to sail through – one in the Canary Islands and one just south of Hobart.

There has been a lot of drama in the first half of the race, including 3 dismastings and 1 rescue and one controlled evacuation at sea.  Of the 18 starters only 8 boats are still racing.  We were very excited to see the race leader (Jean Luc Van Den Heede, in Matmut) closing on Hobart and decided to go out to meet him in Storm Bay to cheer him on.  Because the ETA was sometime between Friday night and Saturday afternoon we set off from Kettering on Friday afternoon and anchored near the top of Bruny Island where we could follow Matmut on Marine Traffic.  It was looking like he would arrive very early on Saturday, so we set the alarm for 03:45, put up our dress flags and left the anchorage at 04:30, with a faint glow in the east.  It was a beautifully calm morning with no wind or swell. 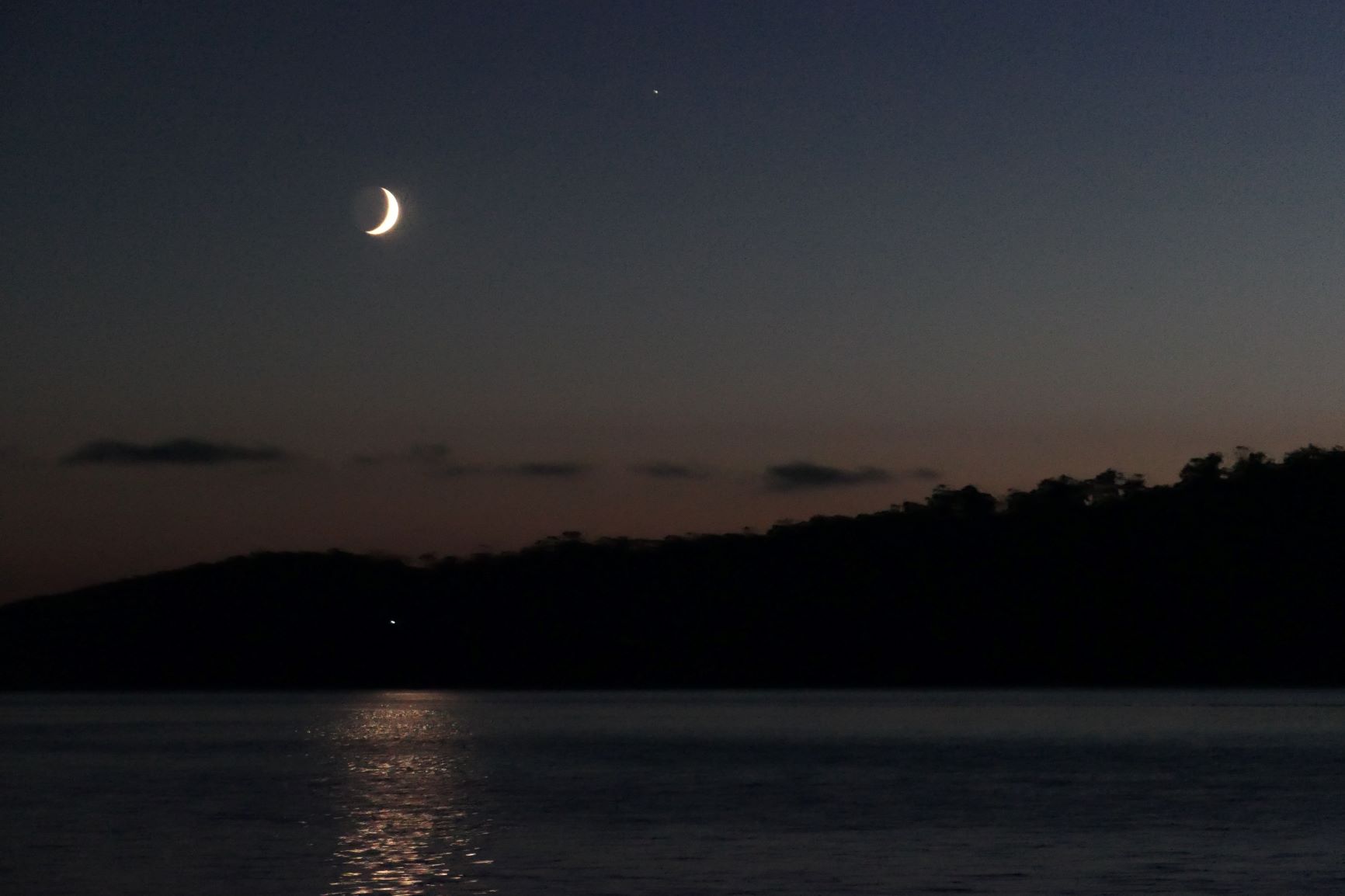 As we rounded the top of Bruny we saw another sailboat and a motor catamaran heading toward Matmut. The catamaran turned out to be the race officials, including Don McIntyre. 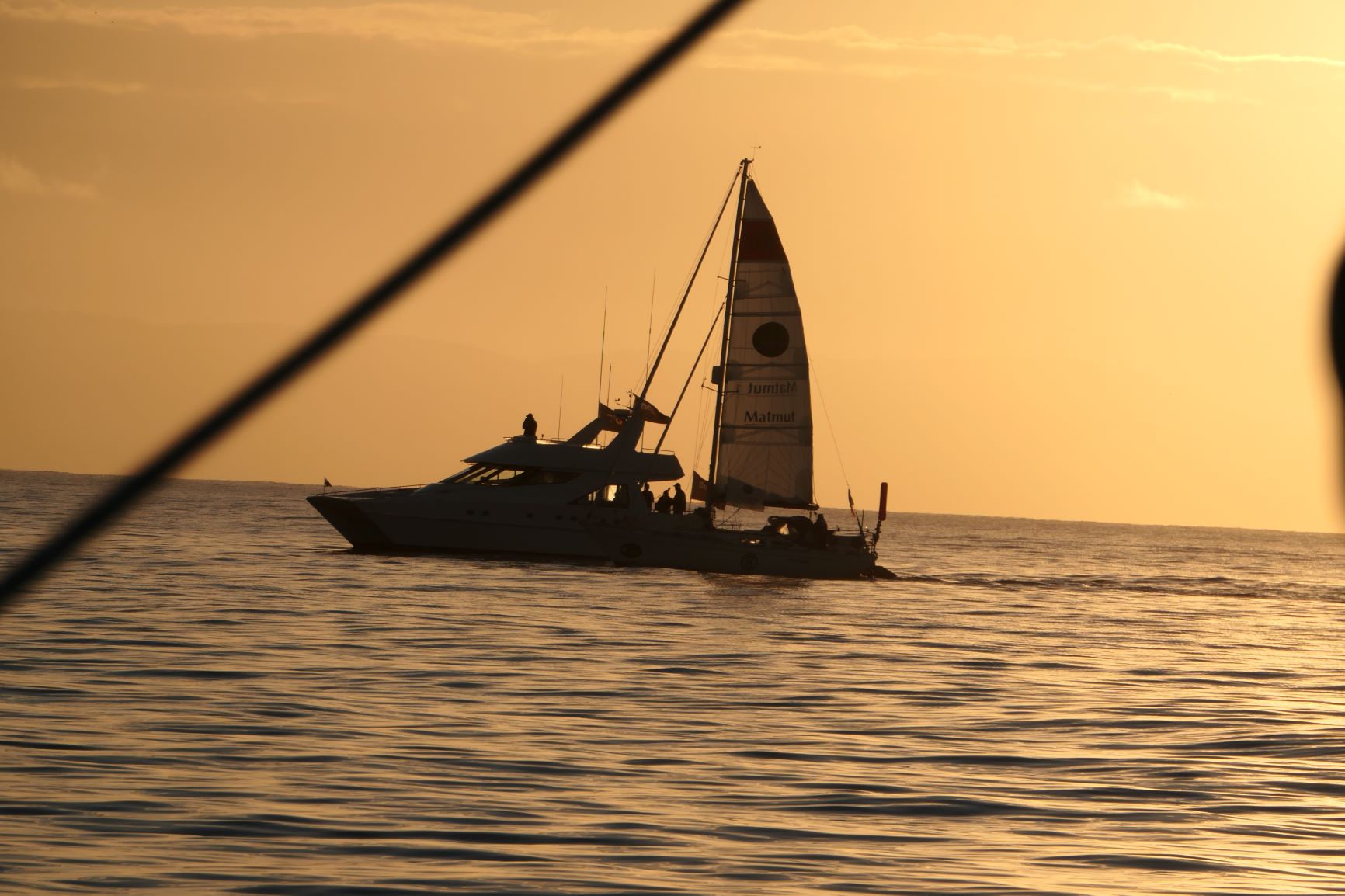 We reached Matmut just after sunrise and did a quick sail past while the photo team were filming. We made it onto the GGR facebook page and the evening news!! 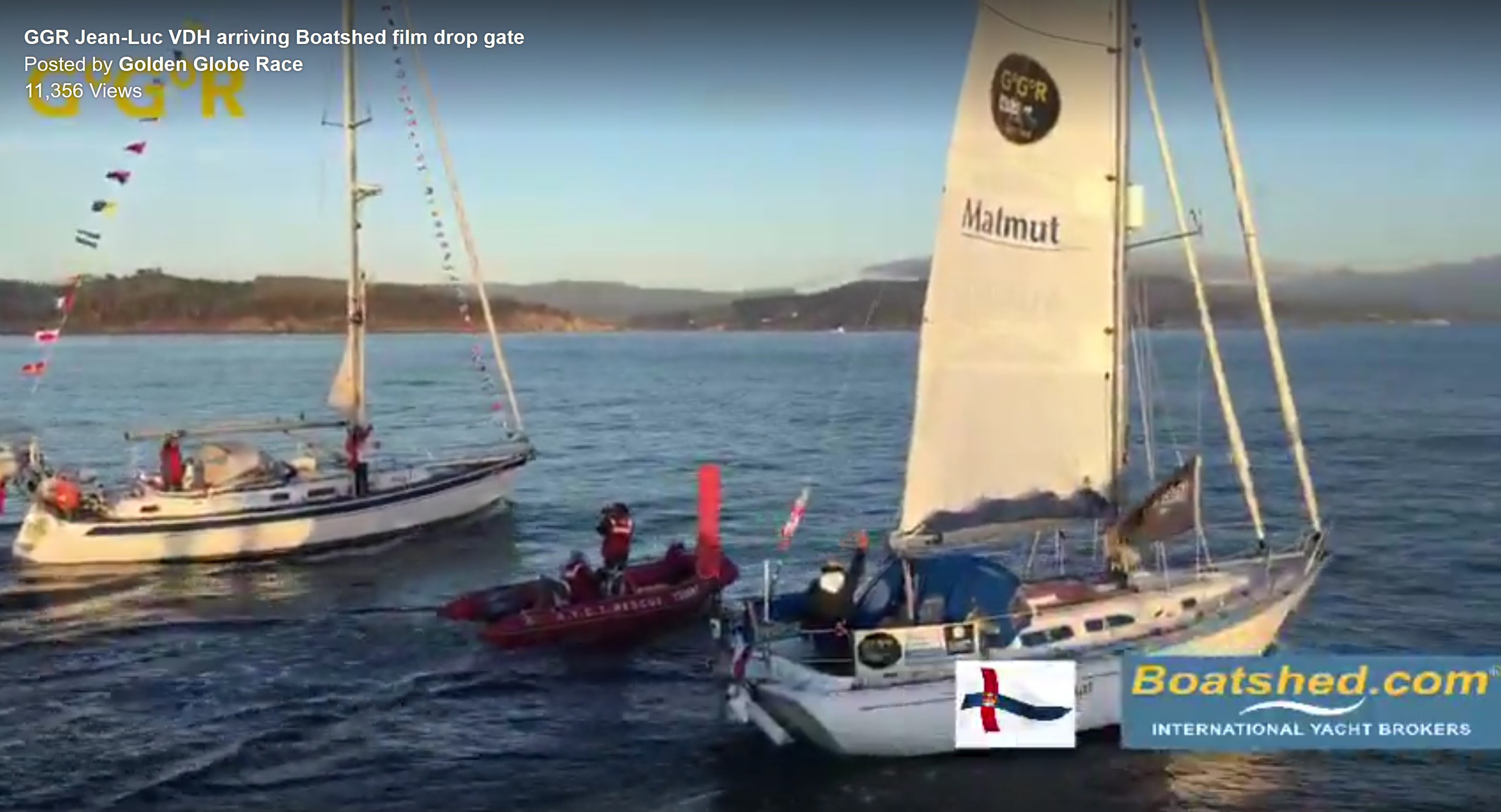 We followed Matmut up to Kingston Beach, where he had to pick up a mooring and stop for 2 hrs to drop off film and do interviews. We were pretty hungry after the early start, but fortunately it was calm enough for me to bake the sourdough rolls that had been rising overnight and we enjoyed bacon butties while motoring up the river! 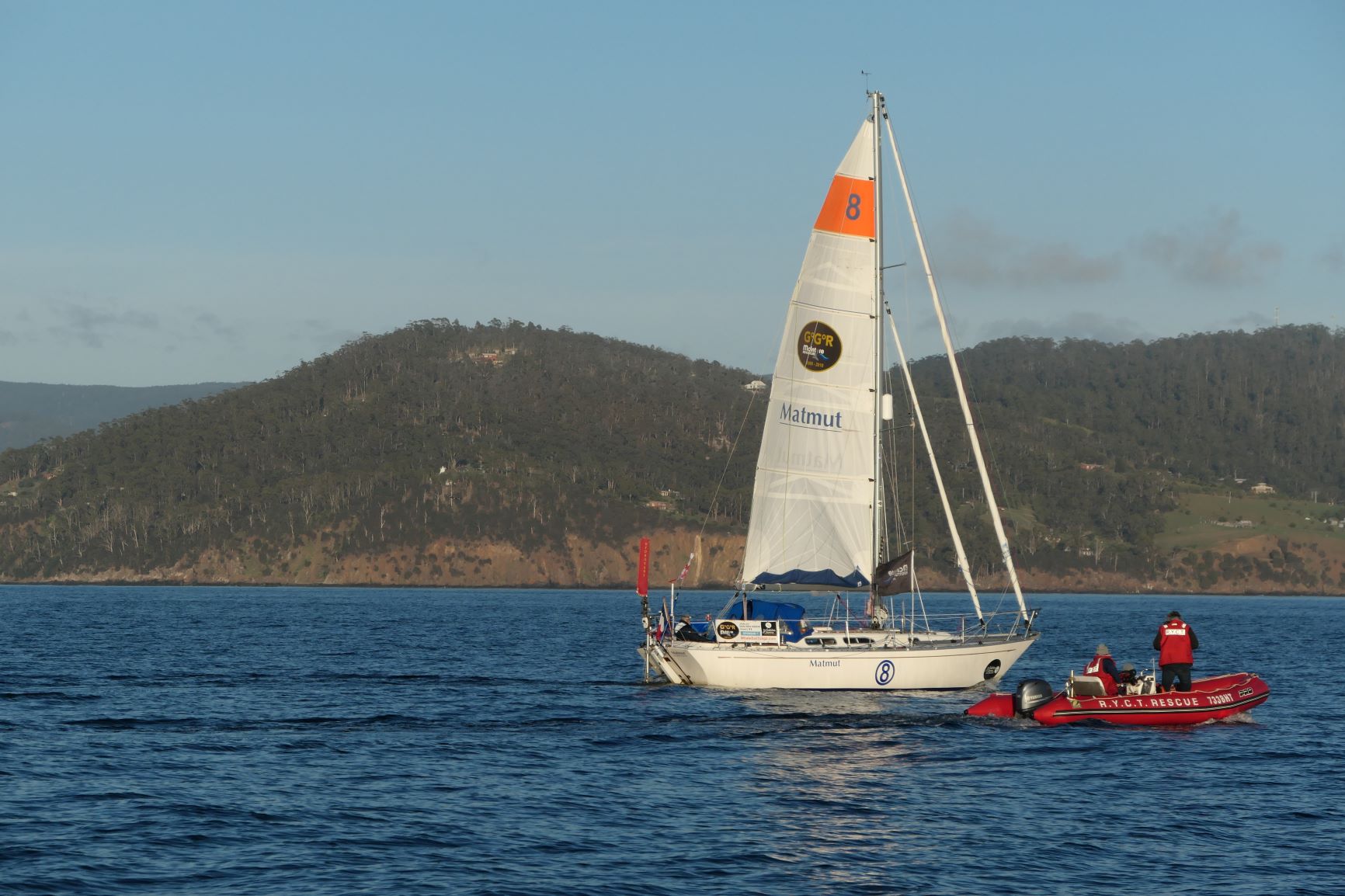 A few other boats accompanied Matmut and there were a dozen people or more on the beach taking pictures.  We thought he might stay a bit longer to have a sleep, but by 10:30am Jean Luc had put up his sail and dropped the mooring.

We were pretty tired, so decided to head back to Kettering rather than into Hobart for the Yacht Clubs' Opening Day celebrations.