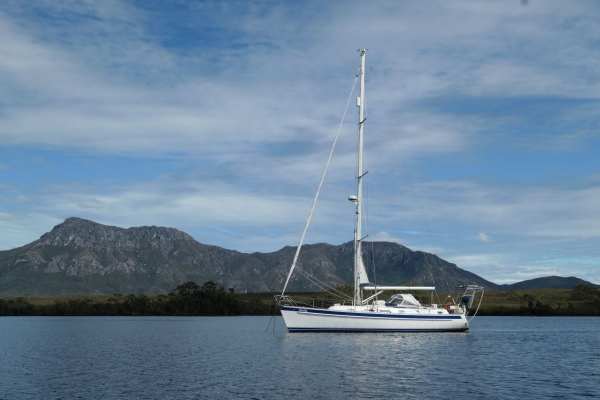 We’d hoped to set off for Port Davey in mid-January, but persistent westerly winds prevented us.  Finally, on 22 January we departed Kettering, fully provisioned and fueled, with our friend Lindsay as guest and crew.

After a peaceful night in Recherche Bay we raised the anchor at first light and headed off into the Southern Ocean.  Once we’d past SE Cape we were able to sail with a lively following wind.  It was a beautiful day for cruising along the wild south coast.  Things got a bit livelier as we rounded SW Cape and heeled over in 25-30kt SE winds and 2m seas. 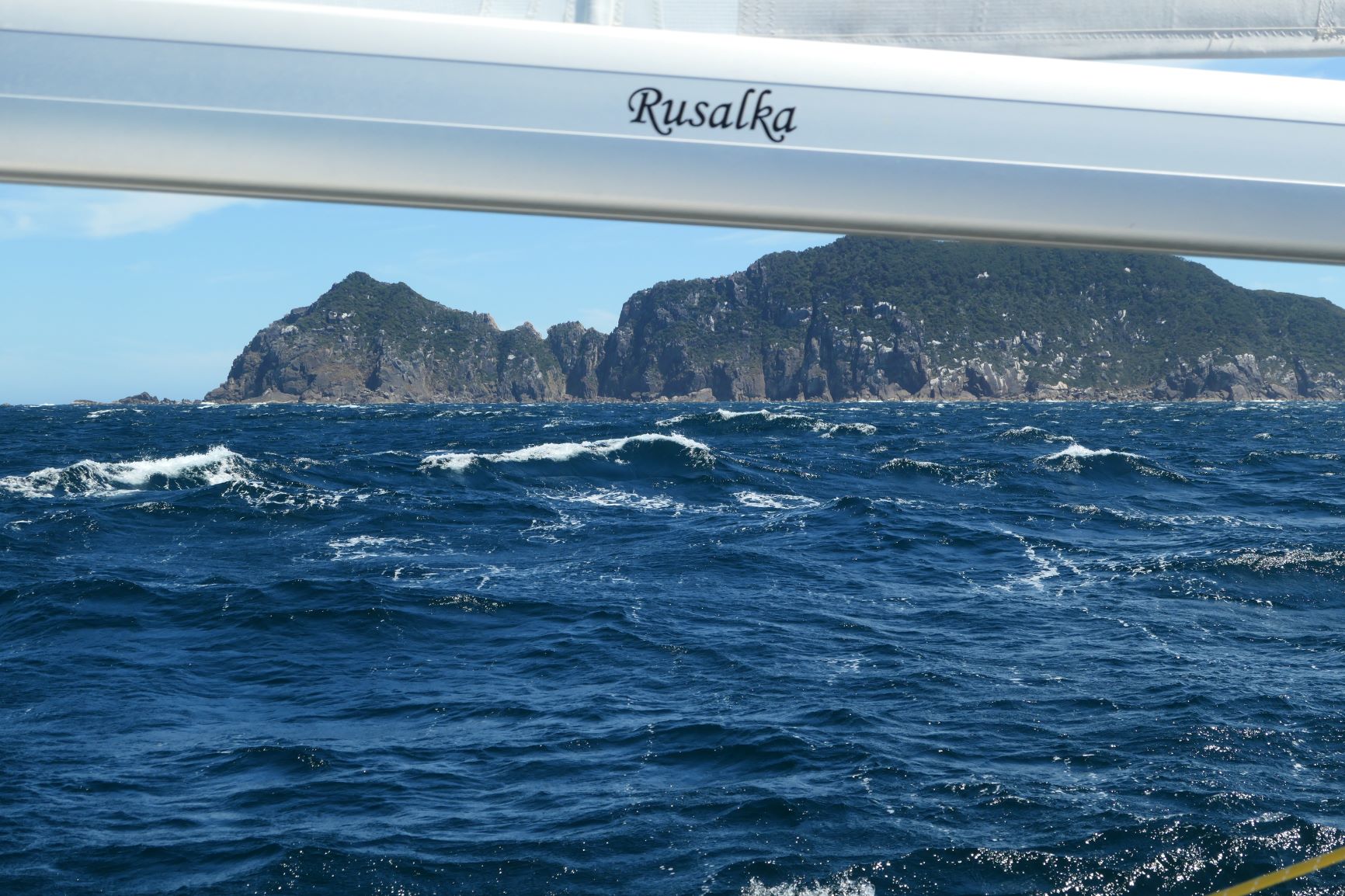 There was a bit of excitement toward the end of passage when we went to start the motor and it failed to start on the first try.  Fortunately, “bleeding” the fuel line using the lift pump worked and we were soon motored into the lovely Spain Bay anchorage, just inside the entrance to Port Davey.  Lindsay and Jackie went ashore to walk over the headland to Stephens Bay on the ocean side. 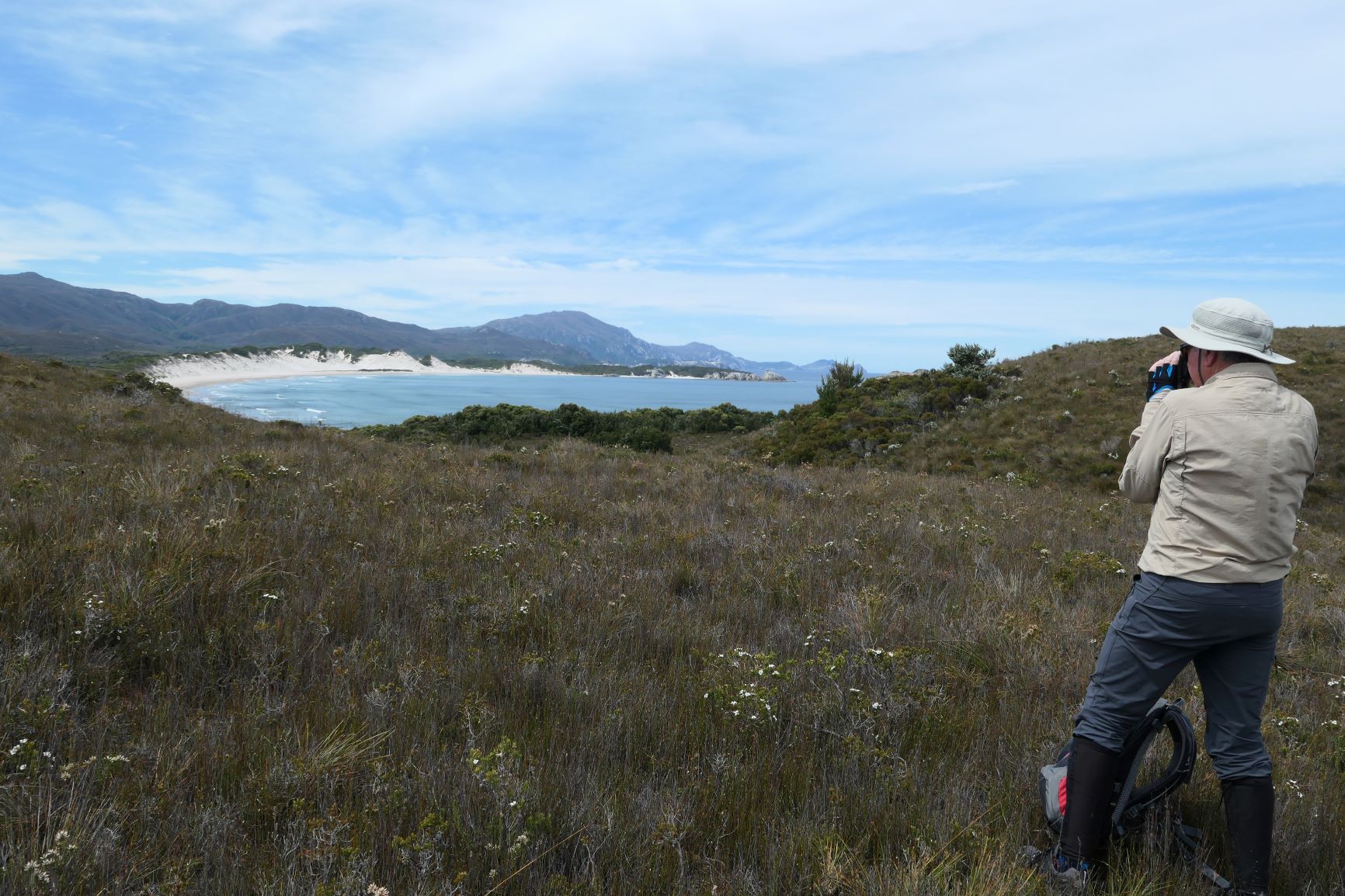 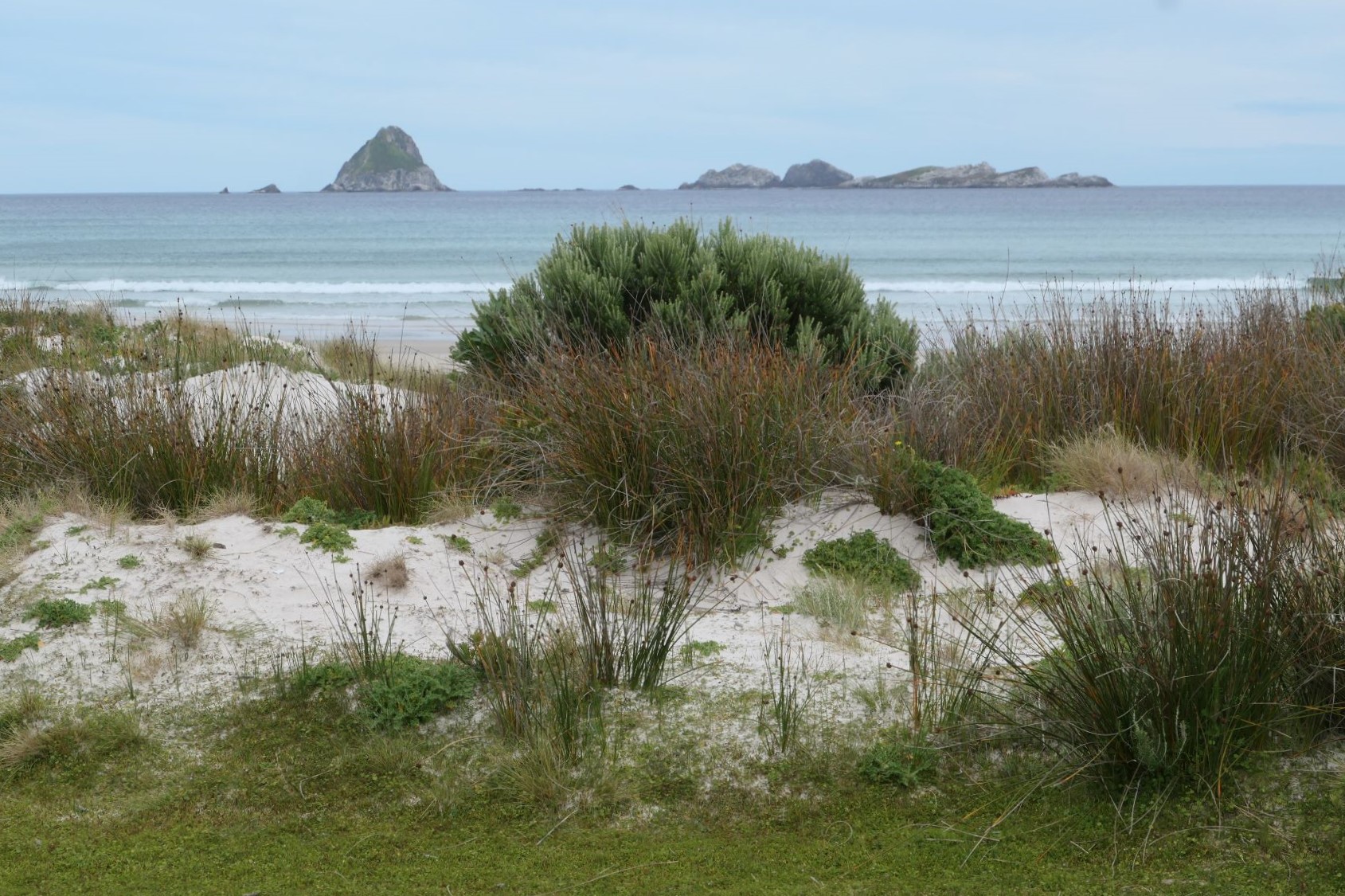 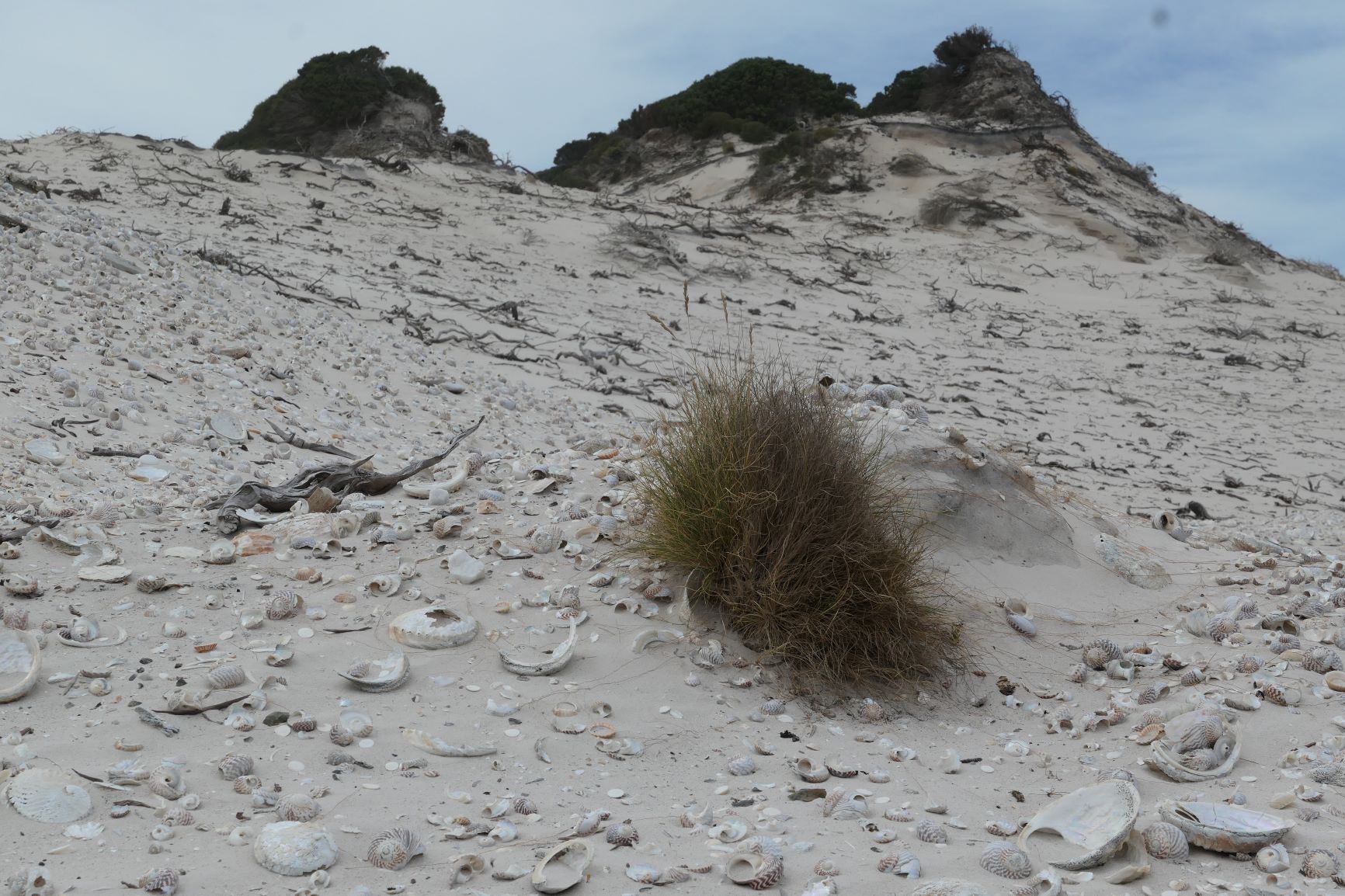 We worked our way further into Port Davey and up Bathurst Harbour to Clayton’s Corner, a popular anchorage for visiting yachts, where there is a jetty and the house that belonged to Win and Clyde Clayton, one of the three families resident in Port Davey in the mid-late 1900’s.  We were invited ashore that evening to enjoy cake and drinks with crew from the other boats in the anchorage. 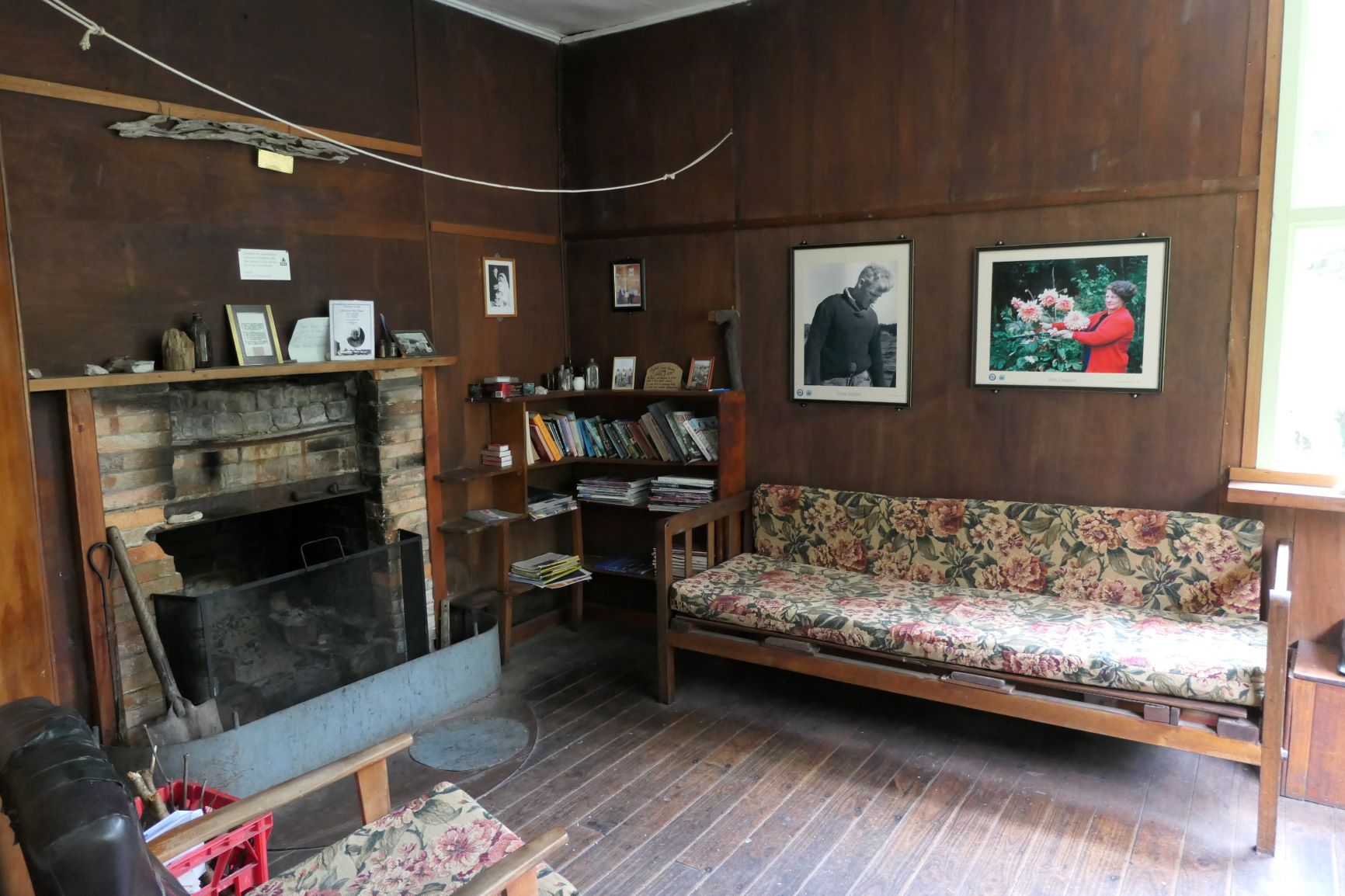 The next day we took the dinghy on a forty minute ride up a creek to Melaleuca – the site of Denny King’s tin mine and home and the centre for National Parks and Wildlife activity in the area.  There is a gravel airstrip for light planes that bring in hikers and day-trippers and a former bird-watching hide (for the endangered Orange Bellied Parrot) which has been turned into a museum. 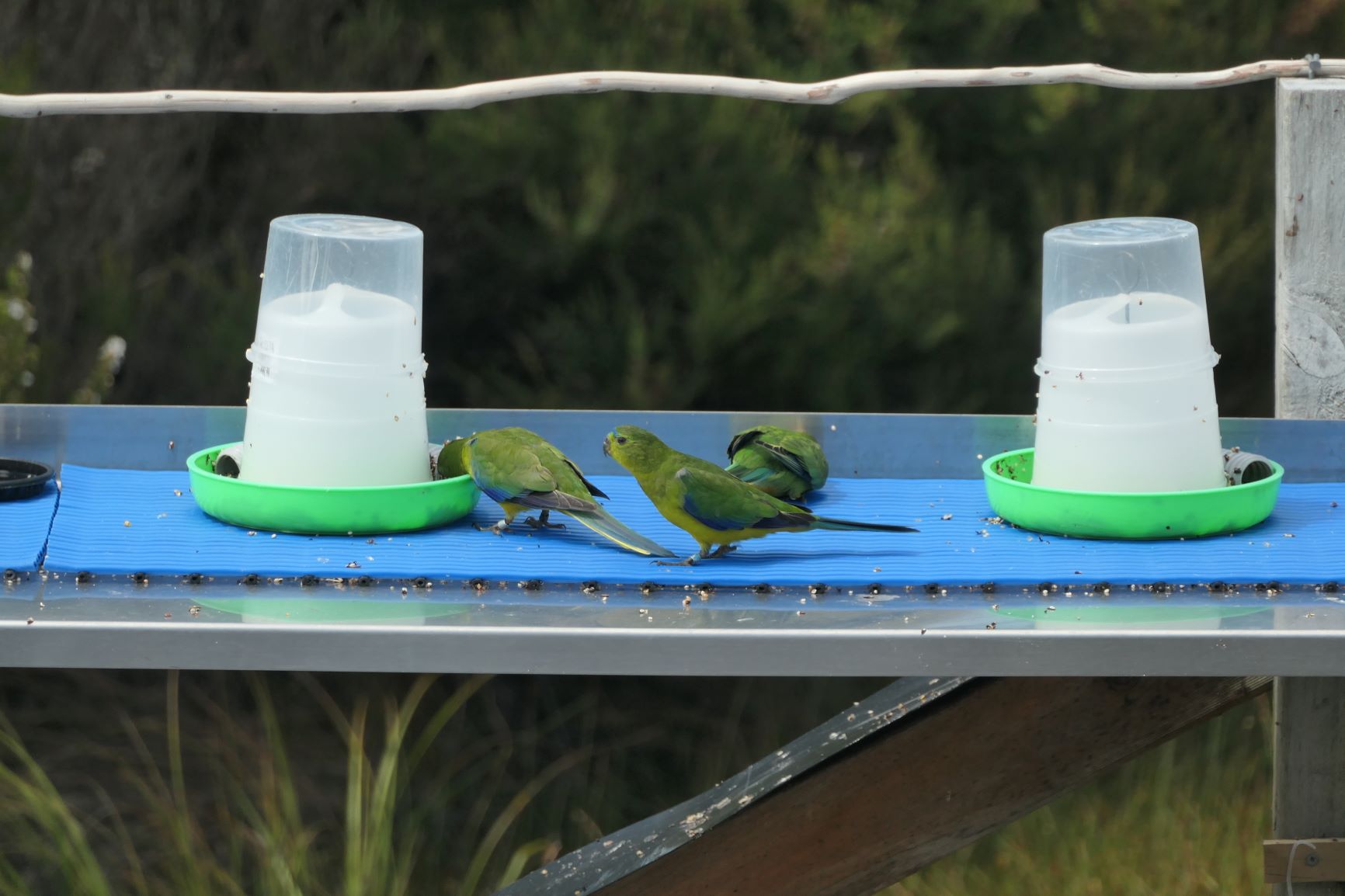 We also had the opportunity to have afternoon tea and cake with Barbara Wilson, wife of former miner Peter Wilson at her home in Melaleuca. 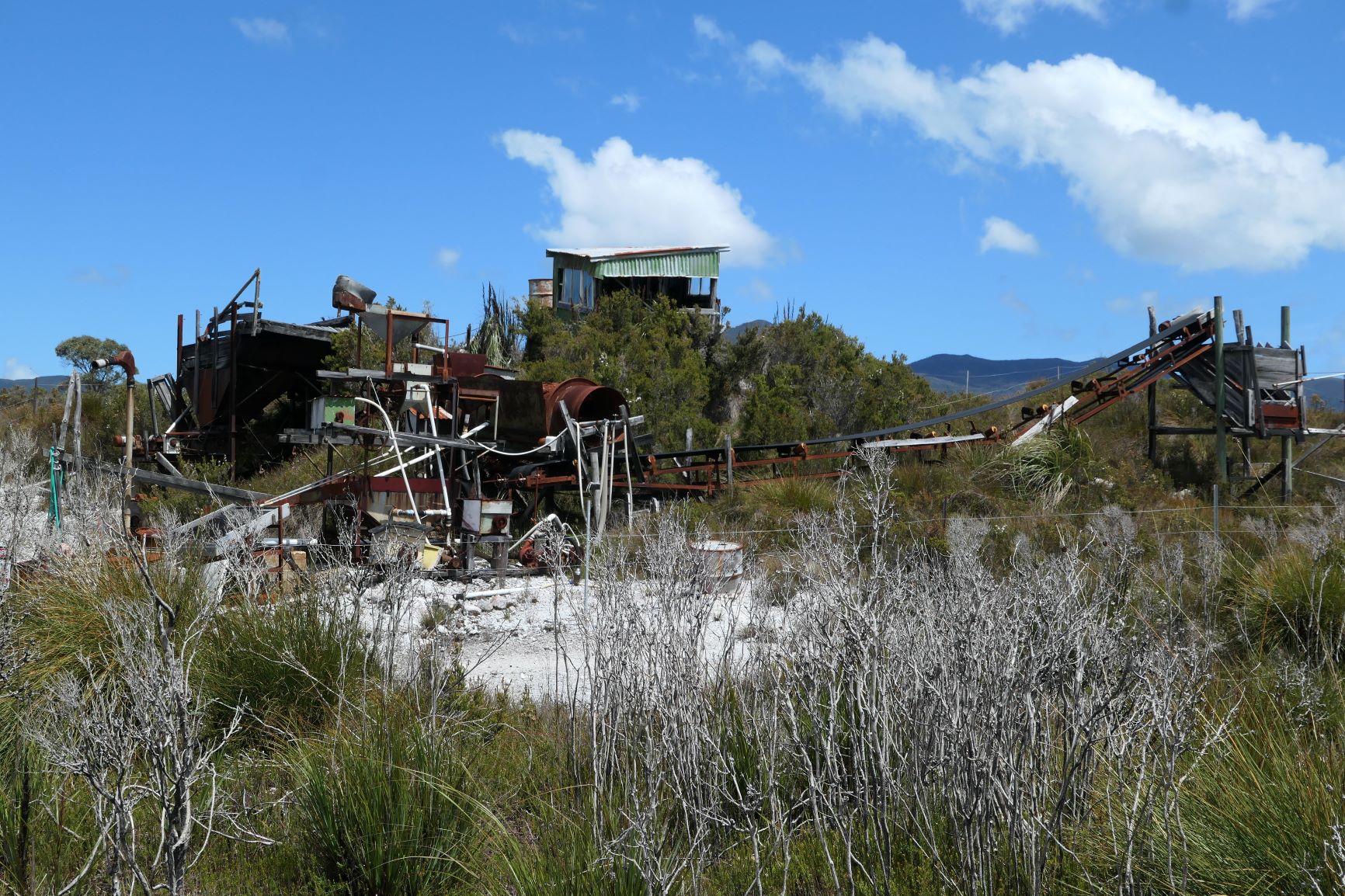 Next we were off to Iola Bay so that Lindsay could climb Mt Rugby (700m). This a small enclosed goblet of a bay with only room for one or two boats with a commanding view of Mt Rugby just across the narrows.  Mt Rugby is a tough climb, but Lindsay made it to the top and back! 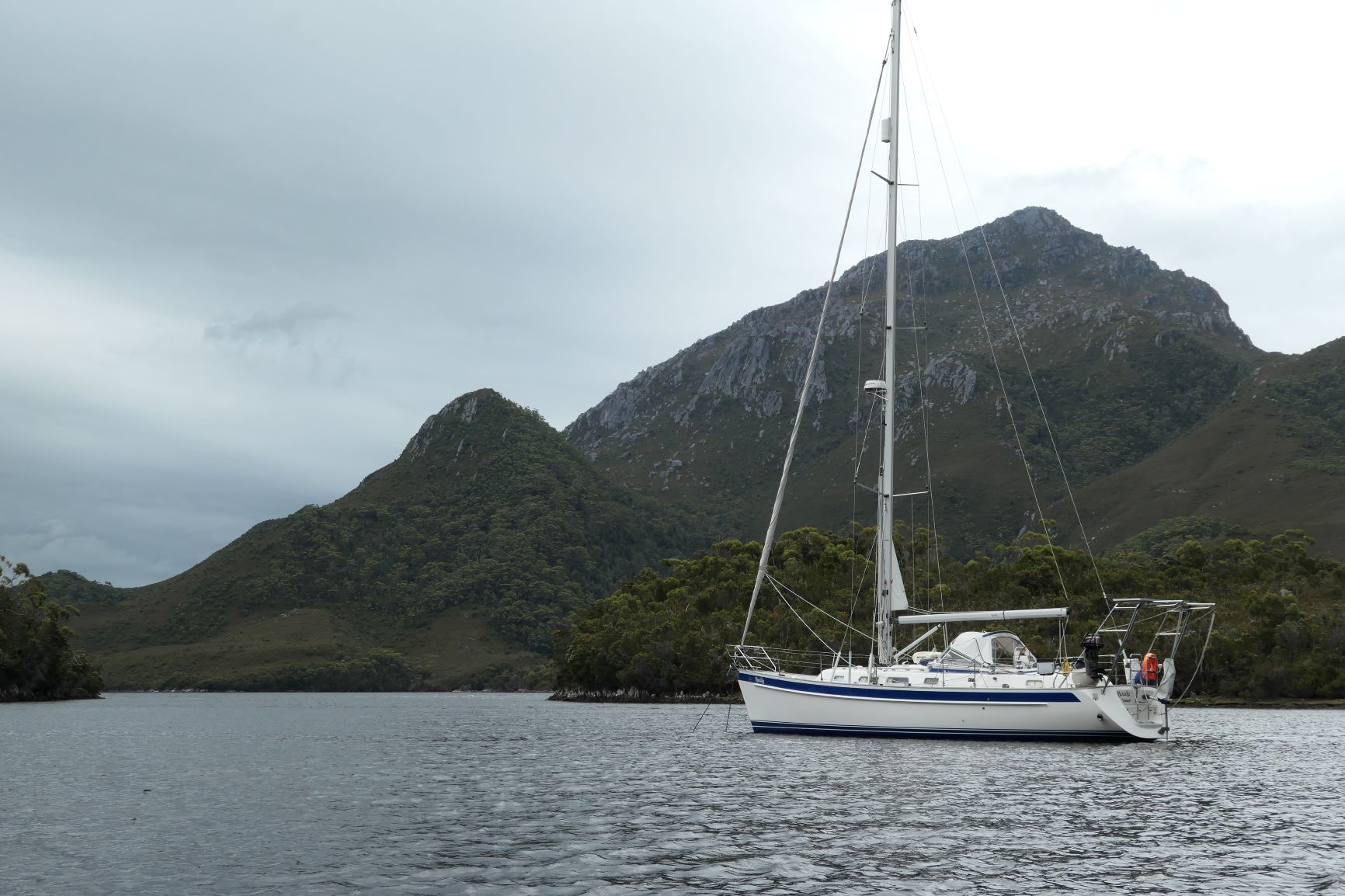 A few pleasant days allowed us to visit Critchley Parker’s grave (an interesting story – google it if you’re interested) and Coffin Bay in the outer part of Port Davey. 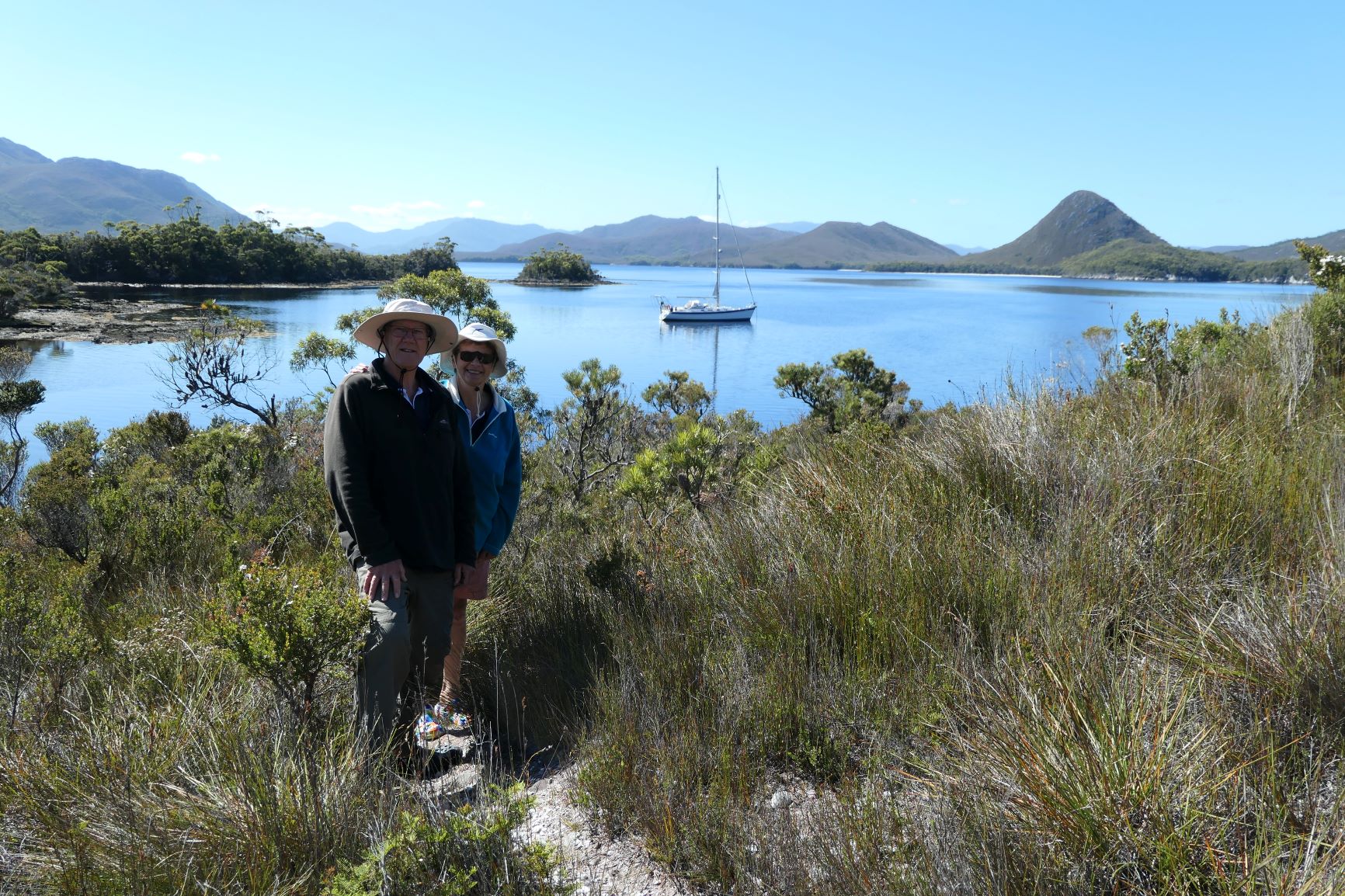 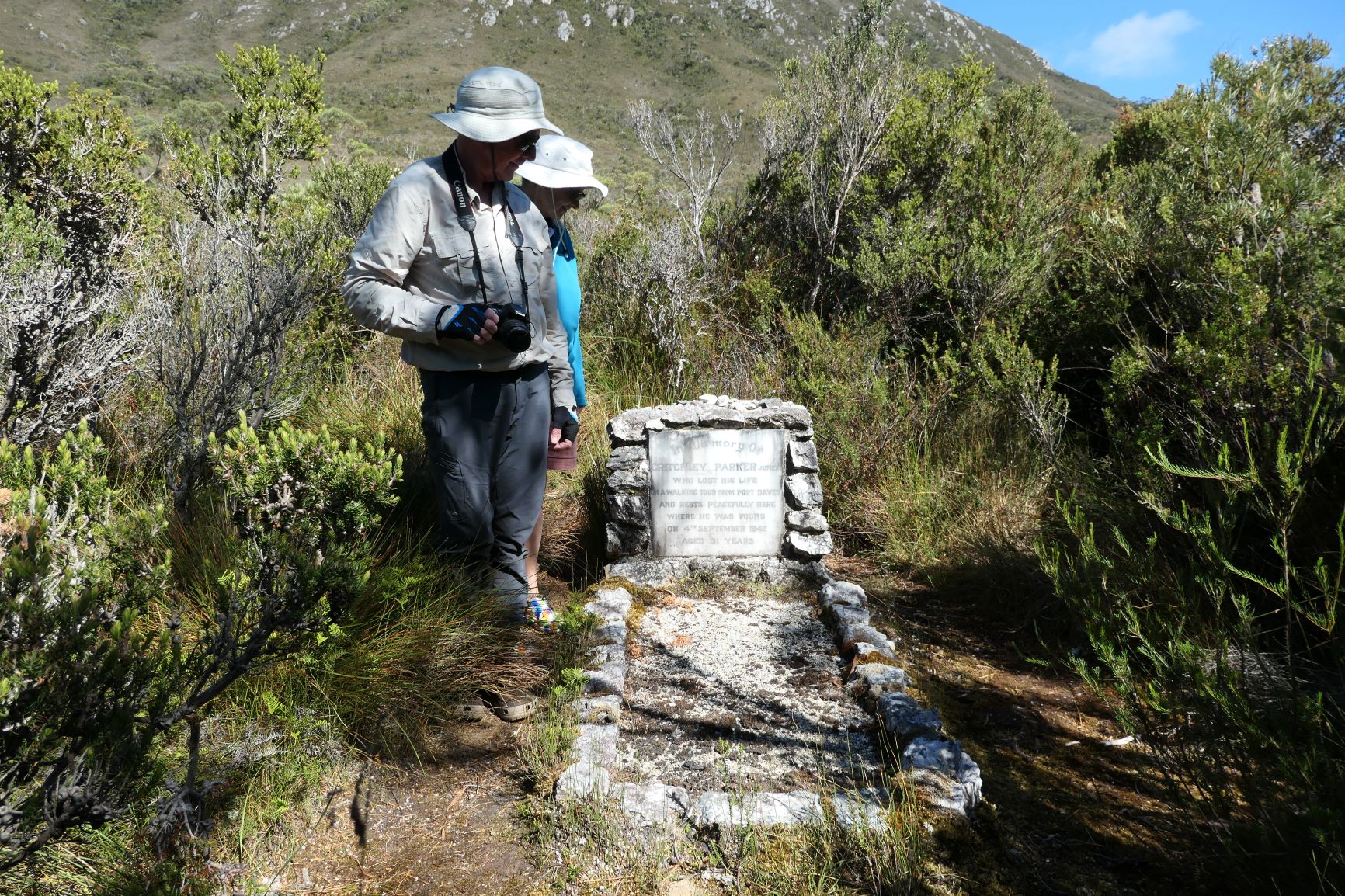 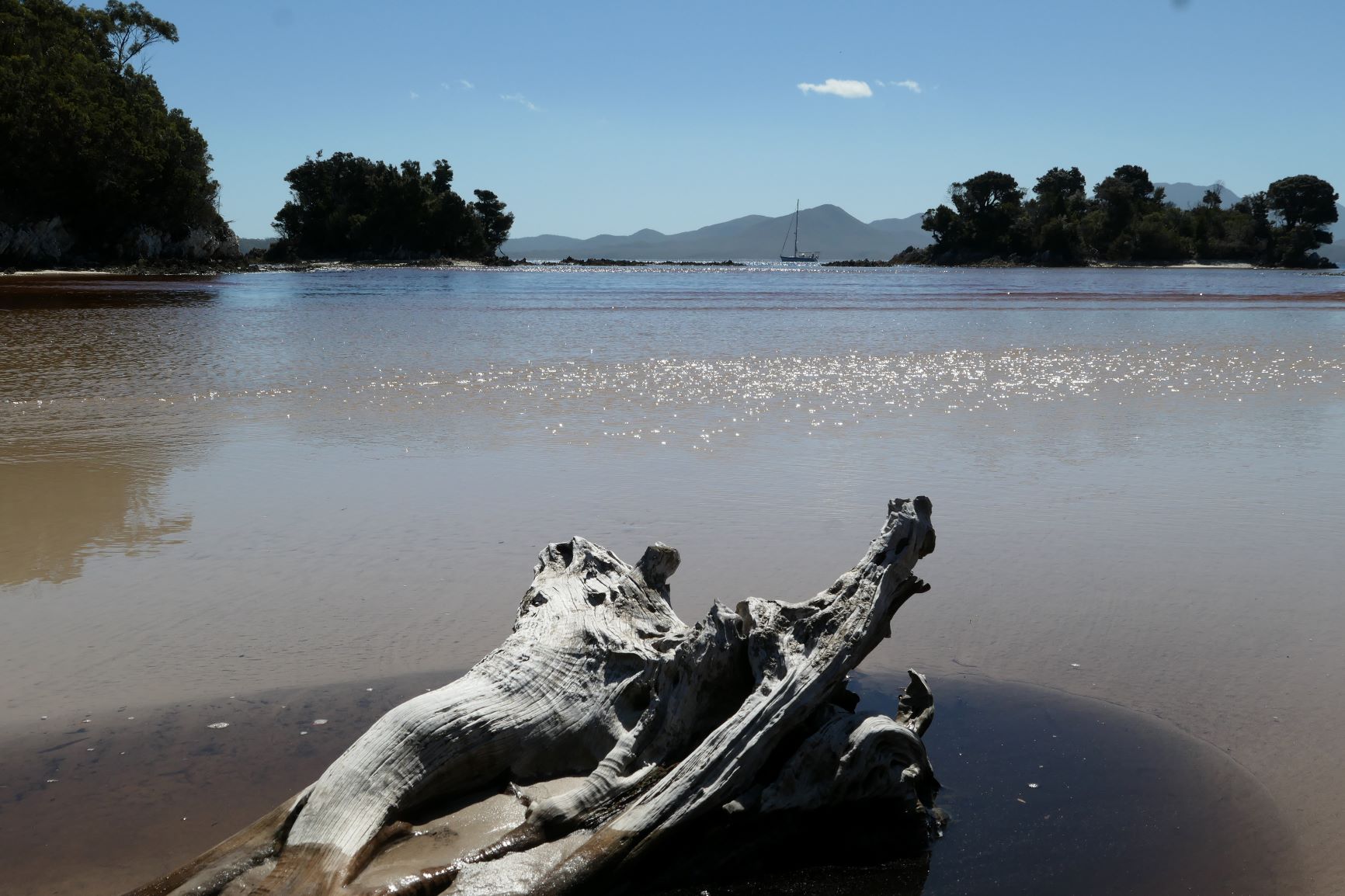 We headed back into Bathurst Harbour to drop Lindsay off at the airstrip so that he could fly home and to wait out a weekend of squalls and downpours, hunkered down at Kings Point.  The glorious muddy bottom held our anchor very well. 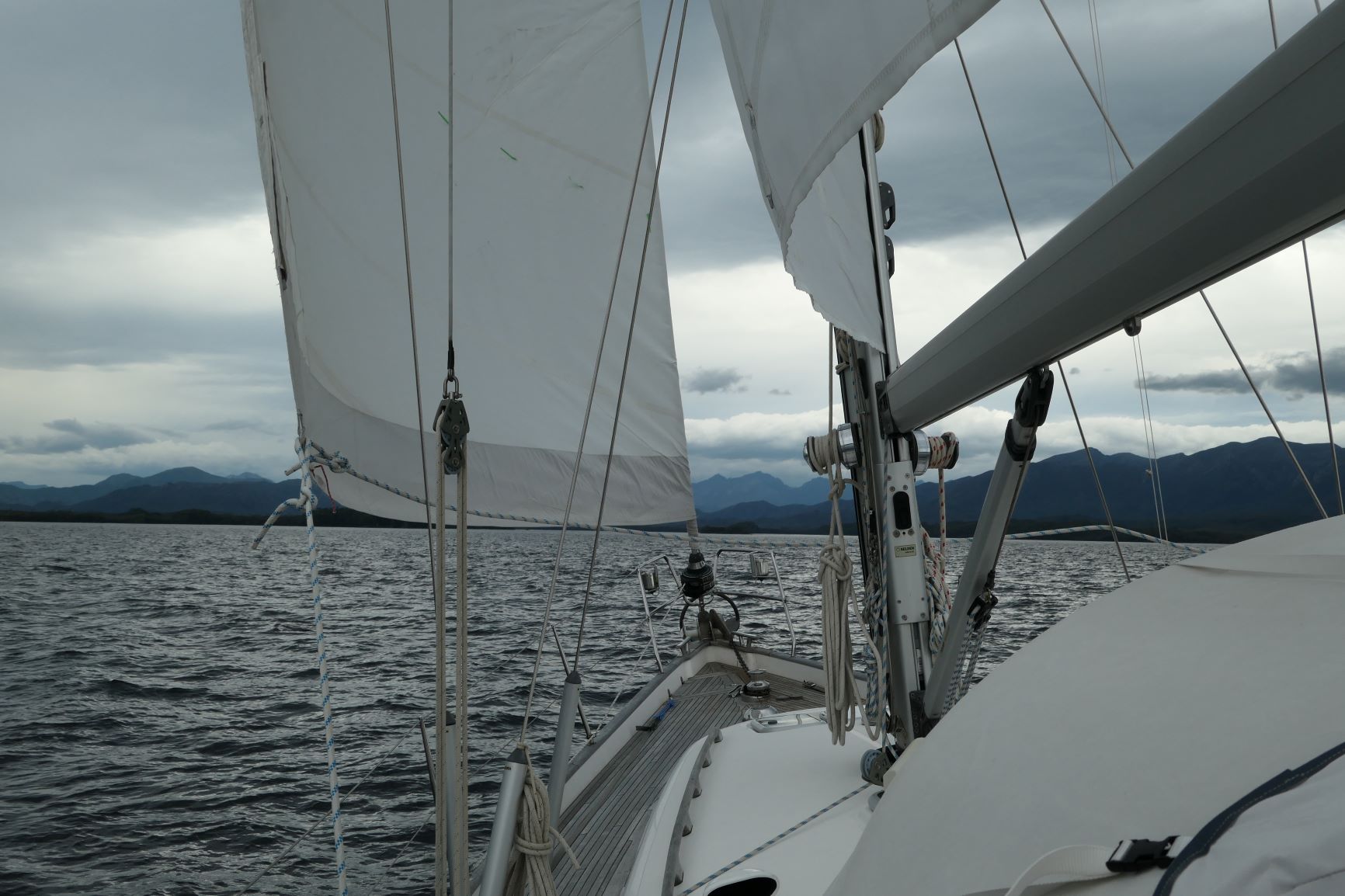 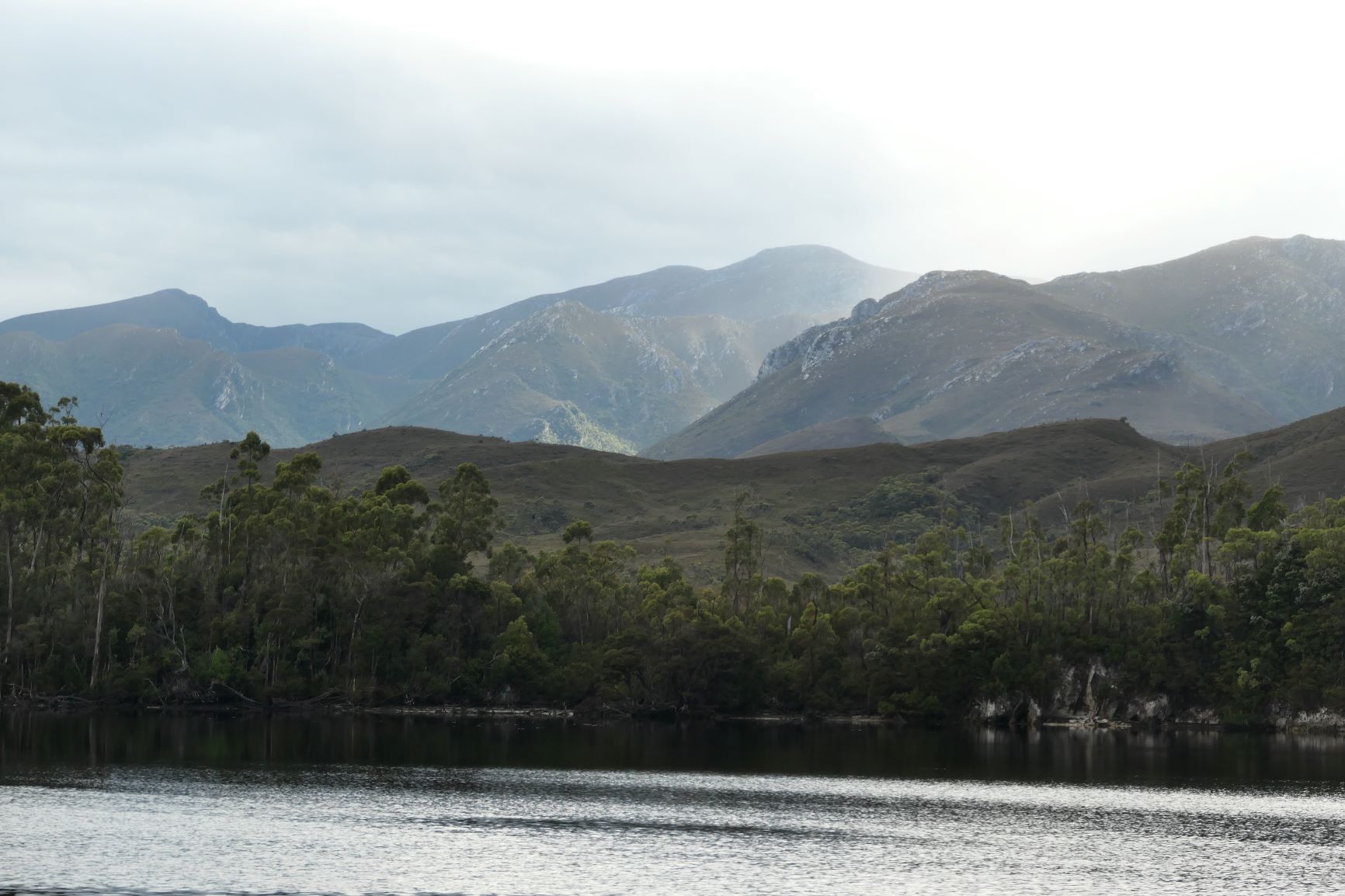 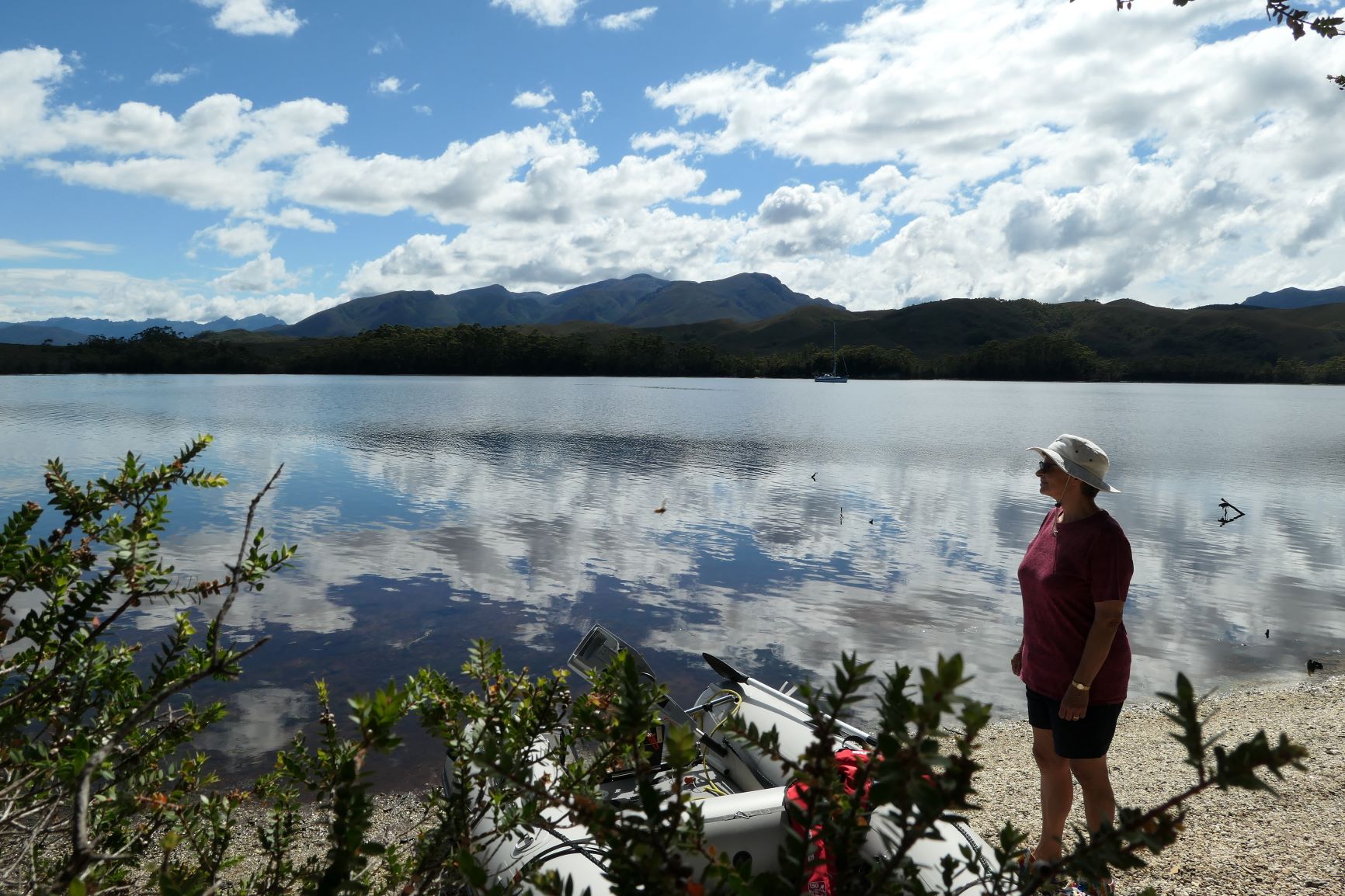 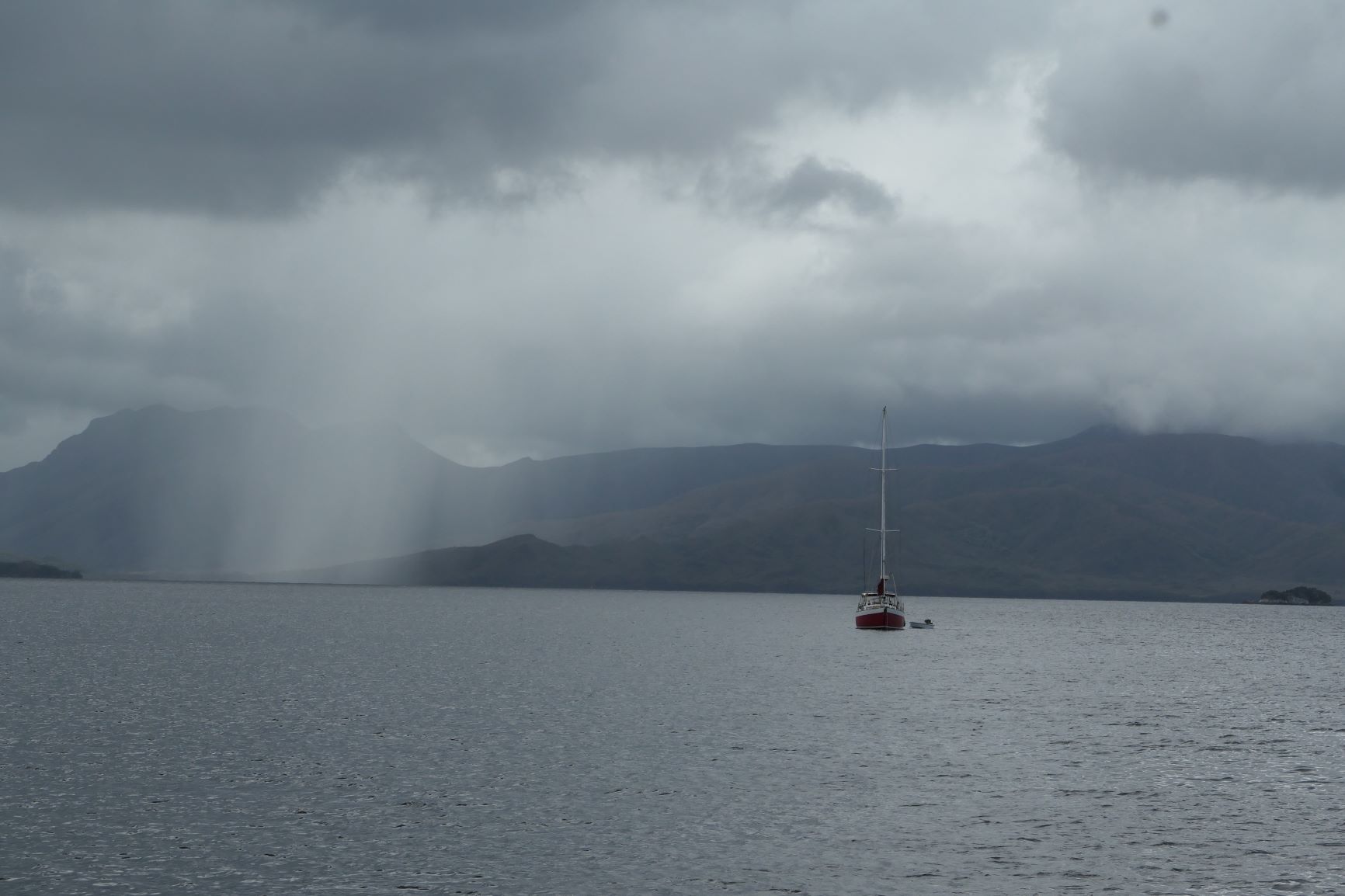 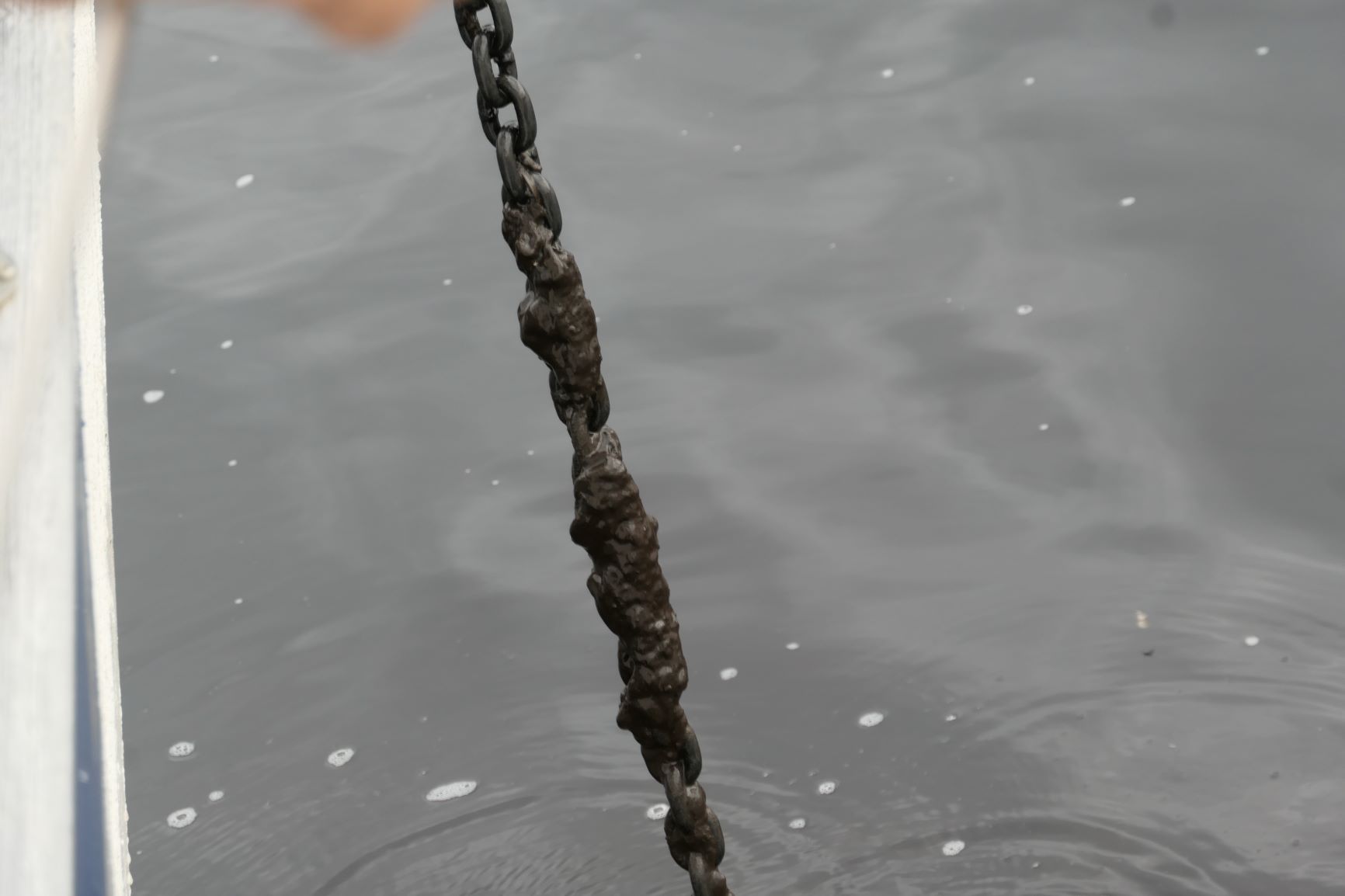 After 2 weeks in Port Davey we decided to take advantage of a calm weather window and motored on a blissfully peaceful sea back to Recherche Bay.  One of the other boats that came back with us caught a tuna on the way and shared some with us, to it was tuna sushi to celebrate the end of a lovely trip to Port Davey. 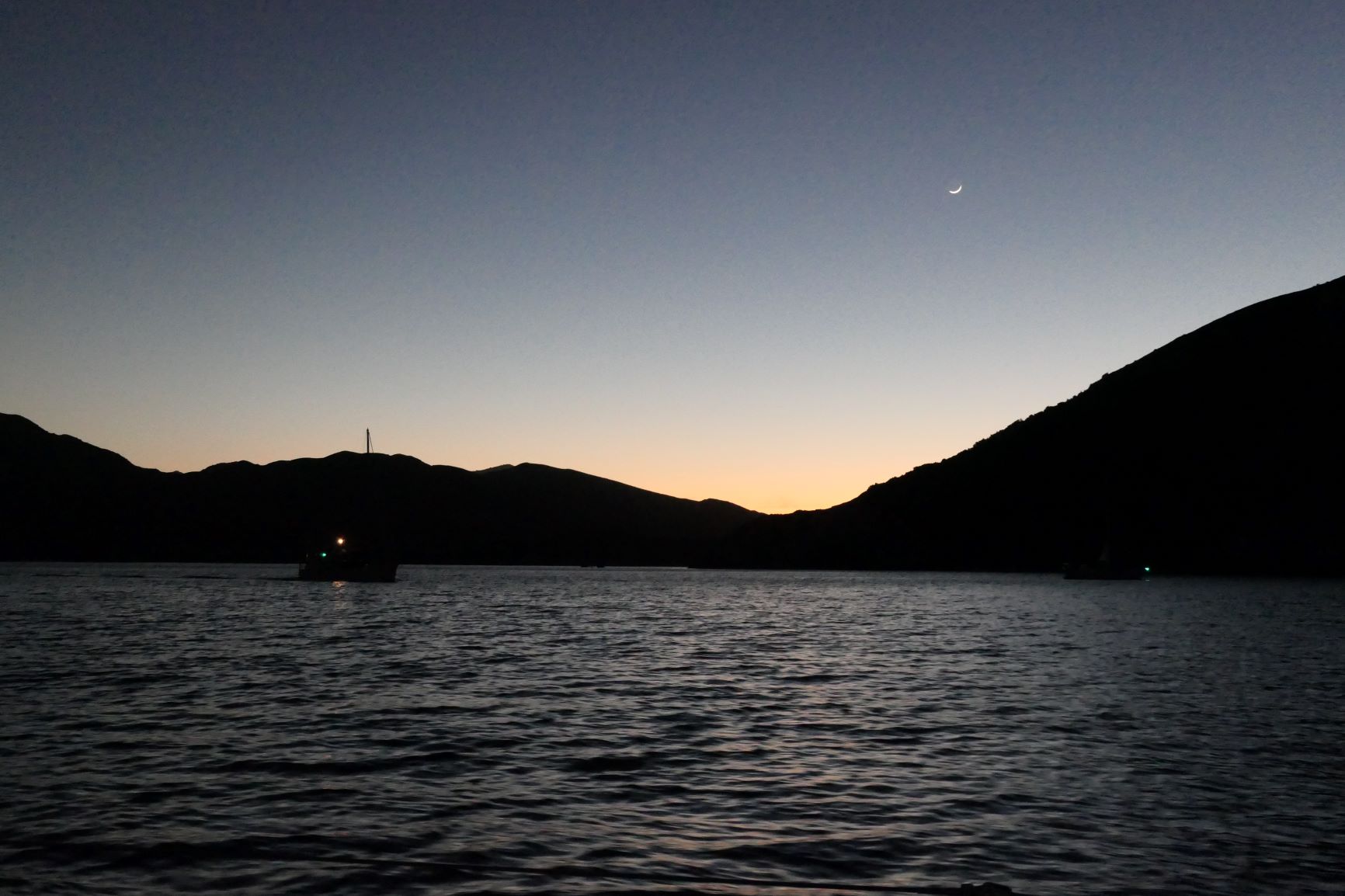 The engine continued to give us problems during the trip – every morning it would fail to start without much “priming”.  After much investigation it appeared to be either a nick in a fuel hose and/or the lift pump.  The hose was easily bandaged, but the big problem turned out to be the wiring to the lift pump had pulled out.  Alex managed a Macgyver fix with a spider web of cable ties which held the wires in until we made it home. 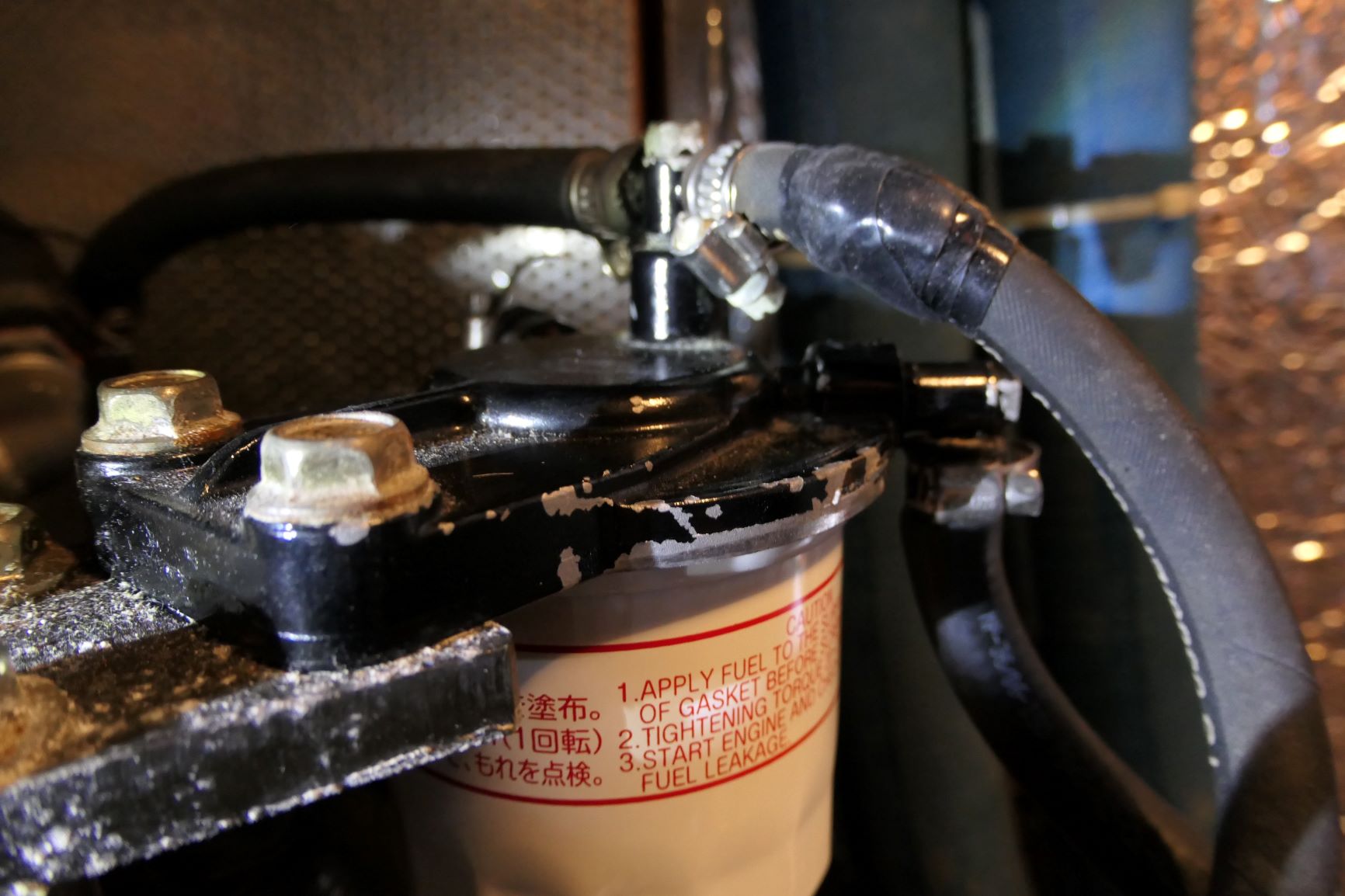 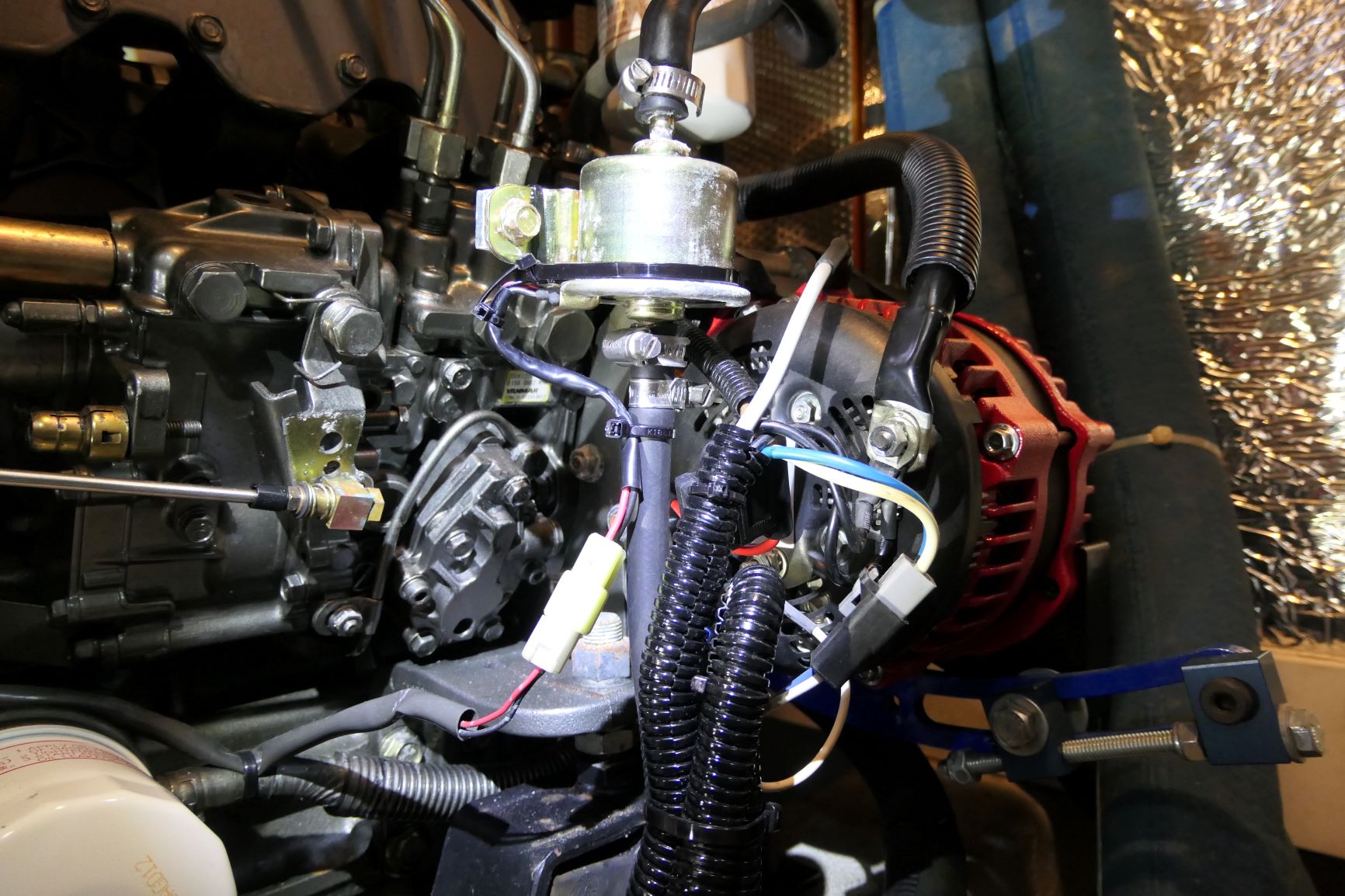 There were a few other casualties during the trip which proved the saying that boating is just doing repairs in exotic places, but now we’re back in Hobart and can do a few more boat jobs and re-provision for the next leg of our summer trip.  Where to next?  Stay tuned.