We picked up a good breeze halfway across Frederick Henry Bay and hoisted the sails to enjoy a cracking sail home.

At one point behind Betsy Island the wind died and we went to turn on the motor – nothing happened when we turned the key once, twice, but on the third turn it started. Uh oh!  Well, the motor got us out from behind Betsy  and we turned it off to enjoy another hour or so of fresh breeze in Storm Bay, spoiled only by rain showers. 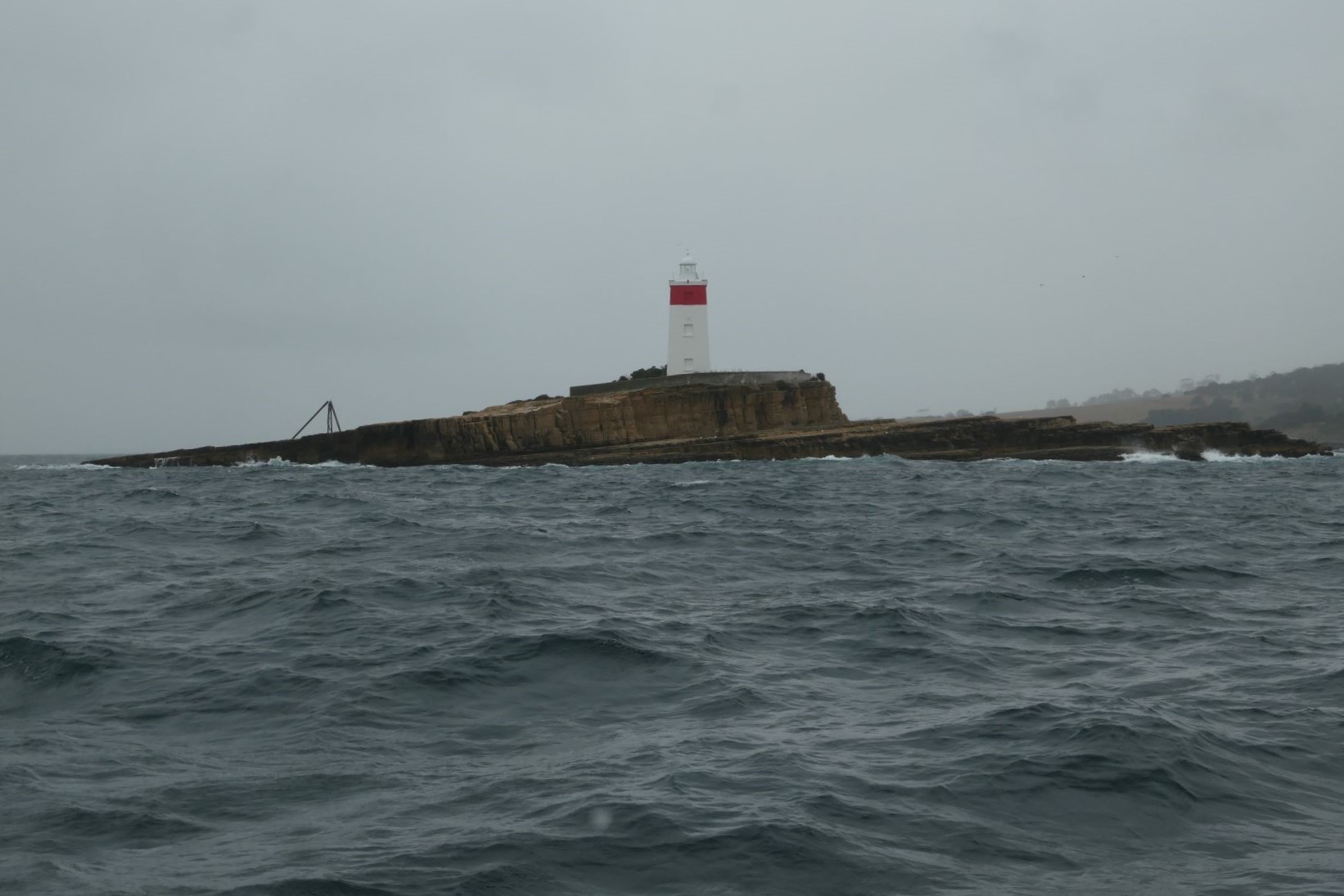 As we turned into a D’entrecasteaux Channel which was crowded with weekend sailboats all heading home, we went to turn on the engine and found that no amount of turning the key would coax the engine into life.  Well we have a sailboat, the wind was blowing and we should be able to get ourselves somewhere safe. 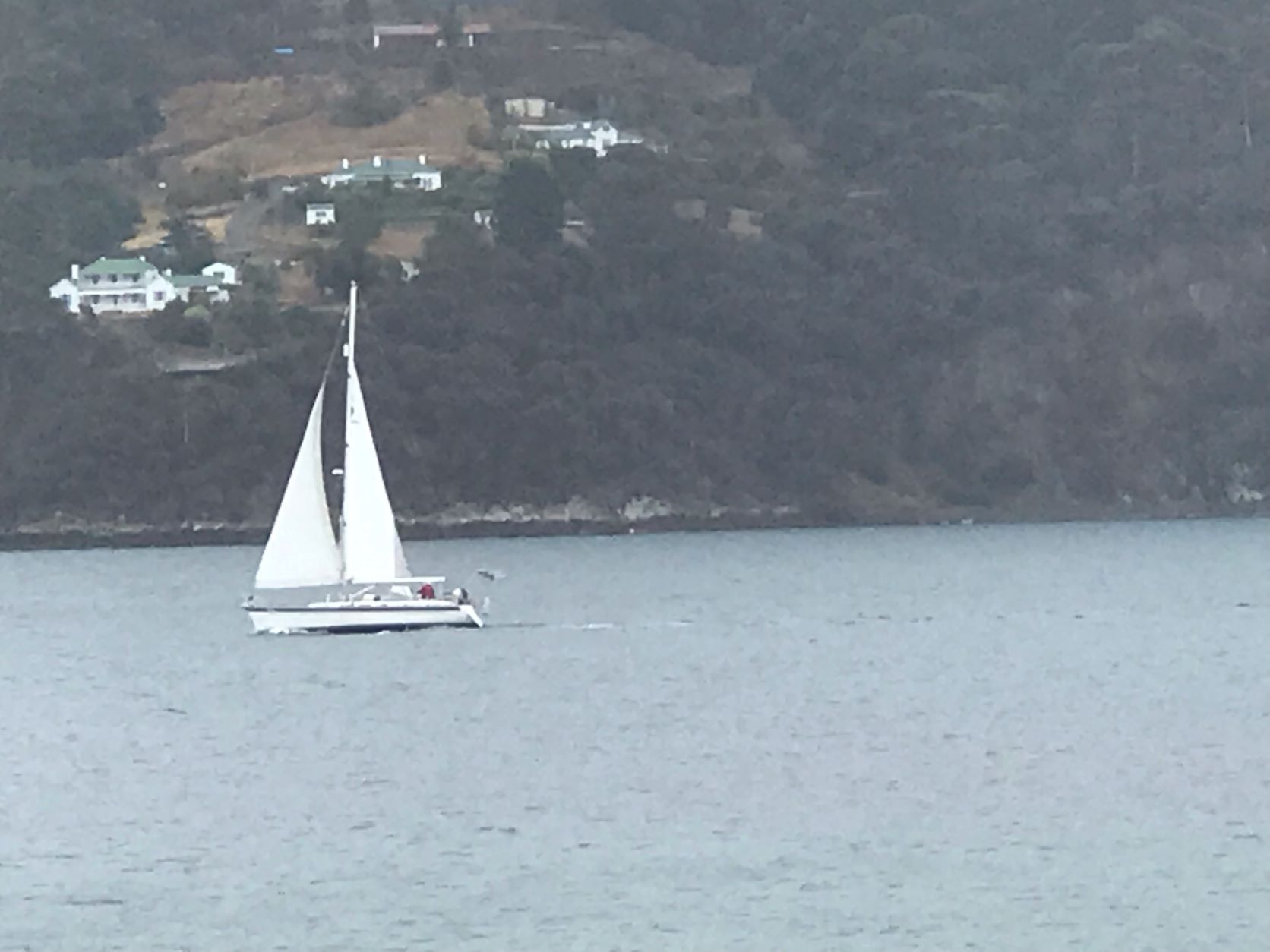 We decided to sail into Barnes Bay and see if we could pick up a mooring or anchor under sail.  After many tacks we reached Sykes Cove and on the third attempt (in the pouring rain) we managed to pick up the KBC mooring there, using the main to control the boat. 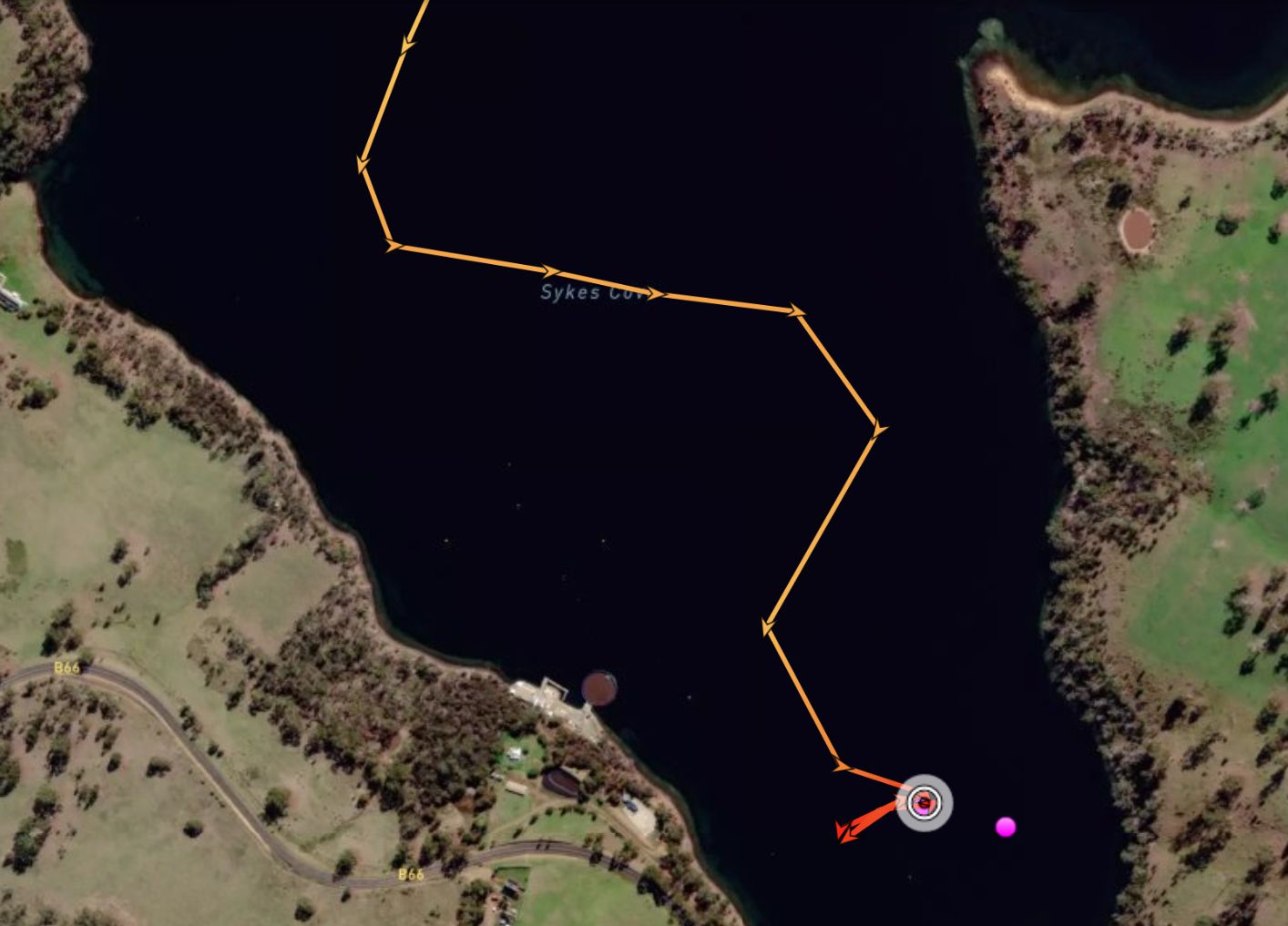 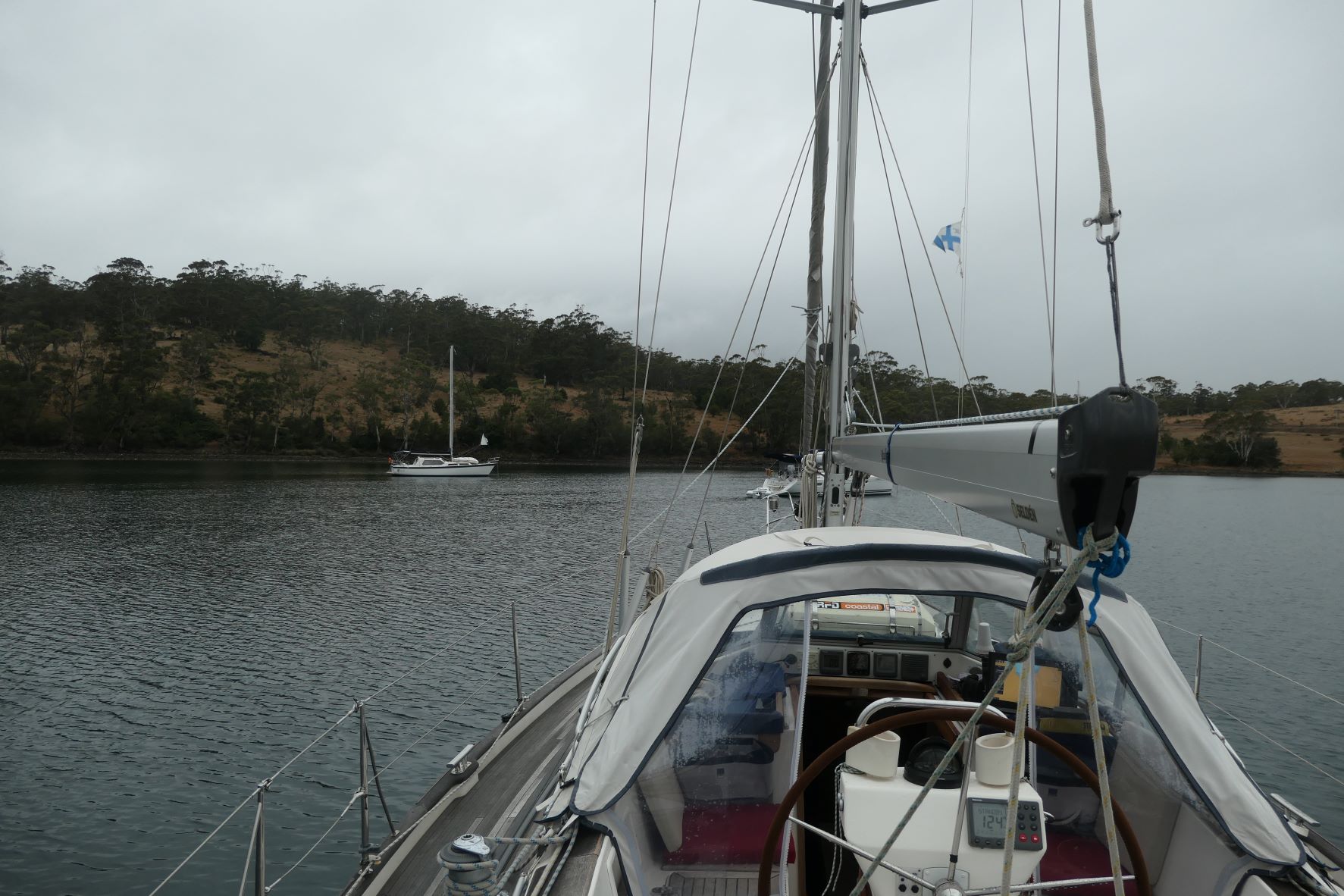 So, since our final night was spent on a mooring the skipper (and mate!) was allowed a celebratory whisky!  We slept like logs until 8am and fortified ourselves with a cooked breakfast before addressing the engine.  Alex’s diagnosis was that it was likely the starter motor and we had a few options in mind for how to get back to the marina, including sailing into Kettering and getting a tow at the last minute.  But we got ourselves ready, went into the cockpit, turned the key and Brrrrm, Brrrrm, the engine started!

We motored back to Kettering, turned into the marina, and were surprised to find another boat in our pen, despite telling the marina office that we would likely be back that day.  Oh well, we were able to pull into another pen nearby – home, but not quite home.  Today we were able to move back into our own pen and load the car up with leftover food and laundry, so now the trip is really done!