Back in Beauty Point

Thirty-six hours of light wind to no wind meant motor-sailing the whole way across Bass Strait.  Not anyone’s idea of fun.  But at least I wasn’t seasick!

We set off from Sorrento at 6:30am to catch the 8:00 slack water at the Rip.  We left in company with Nebo, another CYCT club boat that was heading for the Tamar. 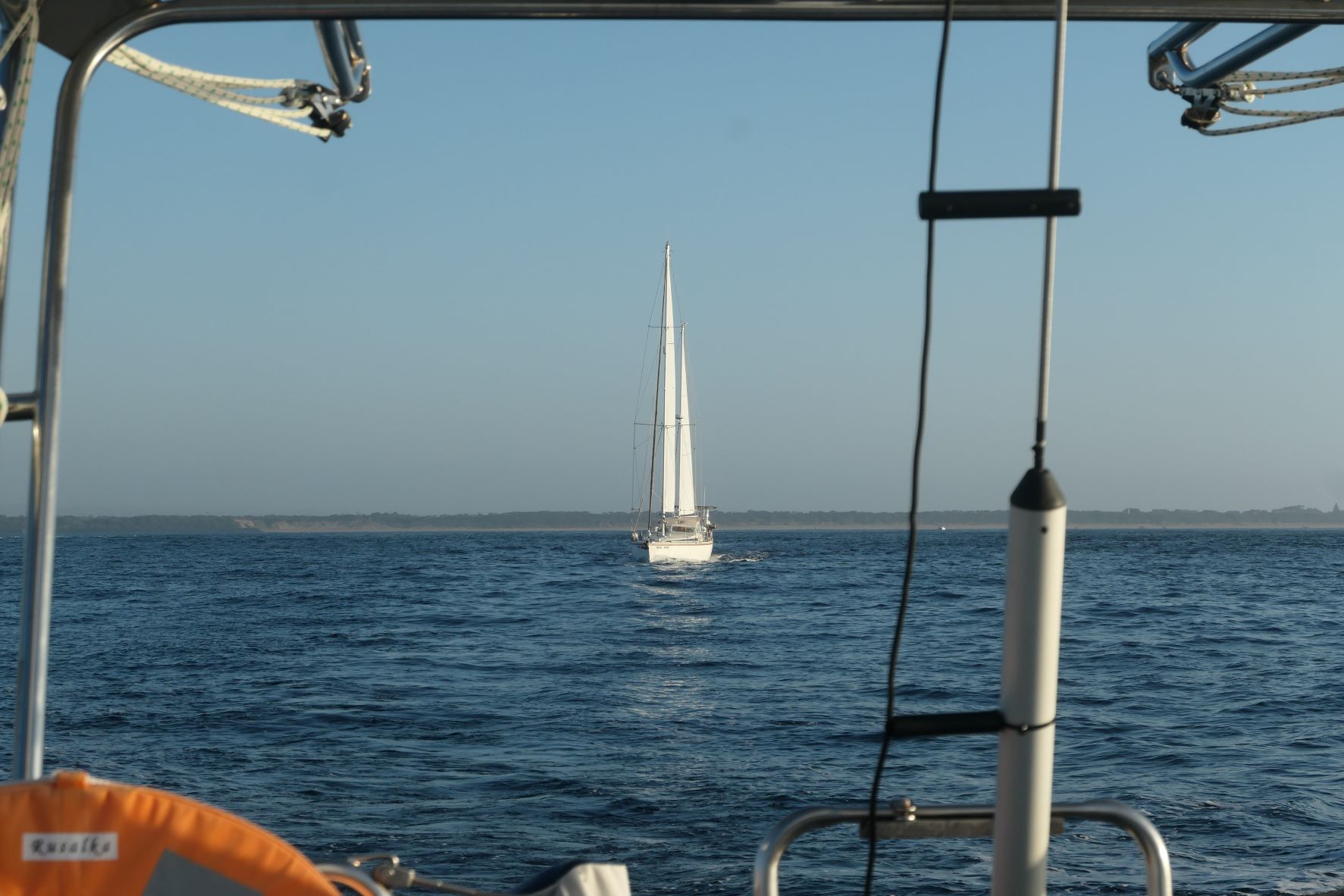 The rest of the day was fairly boring – motoring eastward in very little wind, dodging the occasional cargo ship.  Since I wasn’t feeling seasick we were able to do proper 3hrs on, 3hrs off watches (ok, I cheated a little and had a long lie in between midnight and 5am!) although neither of us got enough sleep.

Thursday dawned to find us enveloped in a cool damp fog, with the occasional rain shower.  Visibility was limited to a few hundred meters. 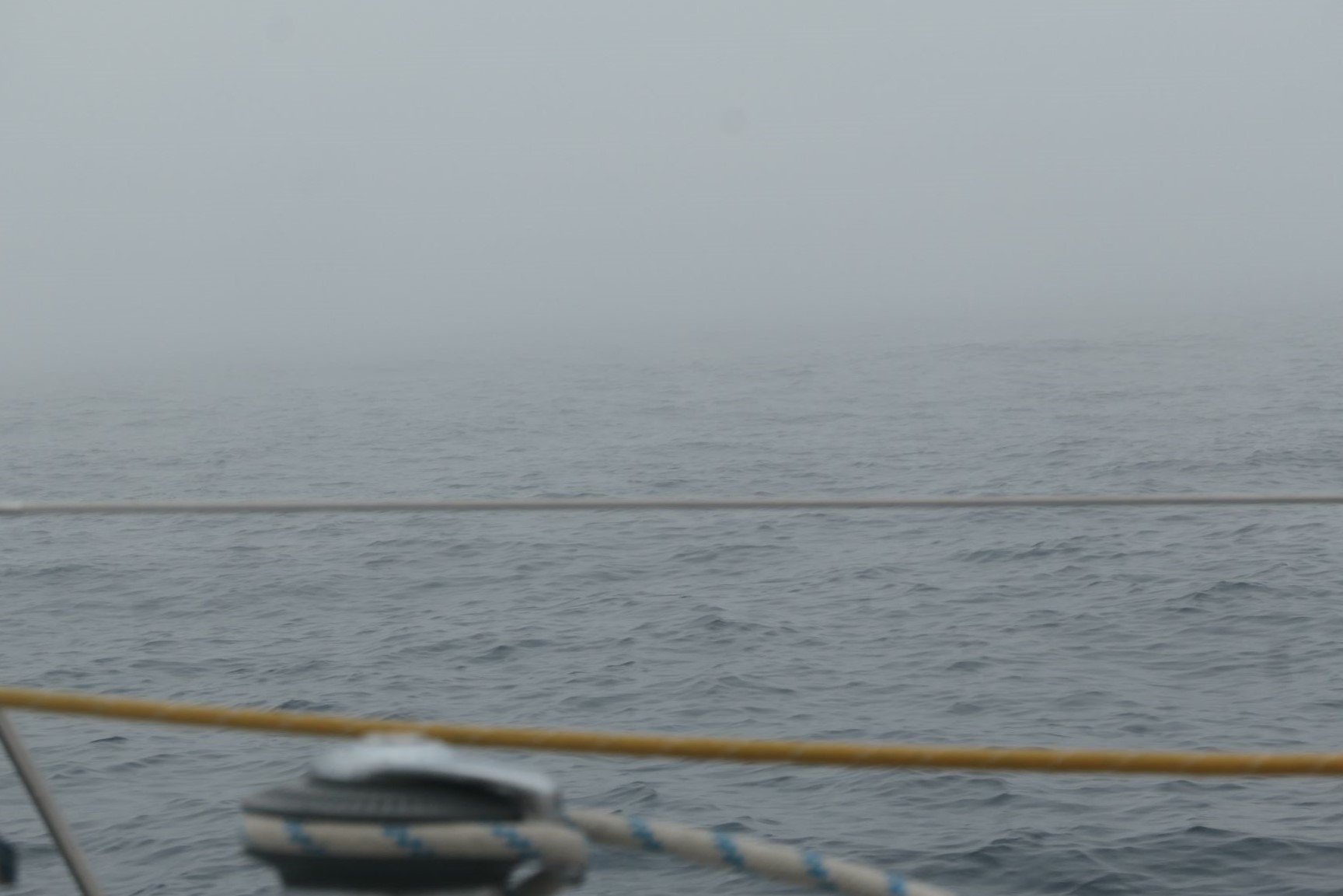 About mid-morning I noticed a target on the radar that was clearly a boat without AIS directly in our path.  As we got nearer to it Alex sounded the foghorn at intervals to let it know we were approaching.  When we were close we veered away to avoid it and called Nebo who were about an hour behind us to let them know of the boat’s position.  That’s when the boat hailed us on VHF and said that they were a commercial fishing boat and had been tracking us for a while.  It would have been nice if they’d called us sooner! 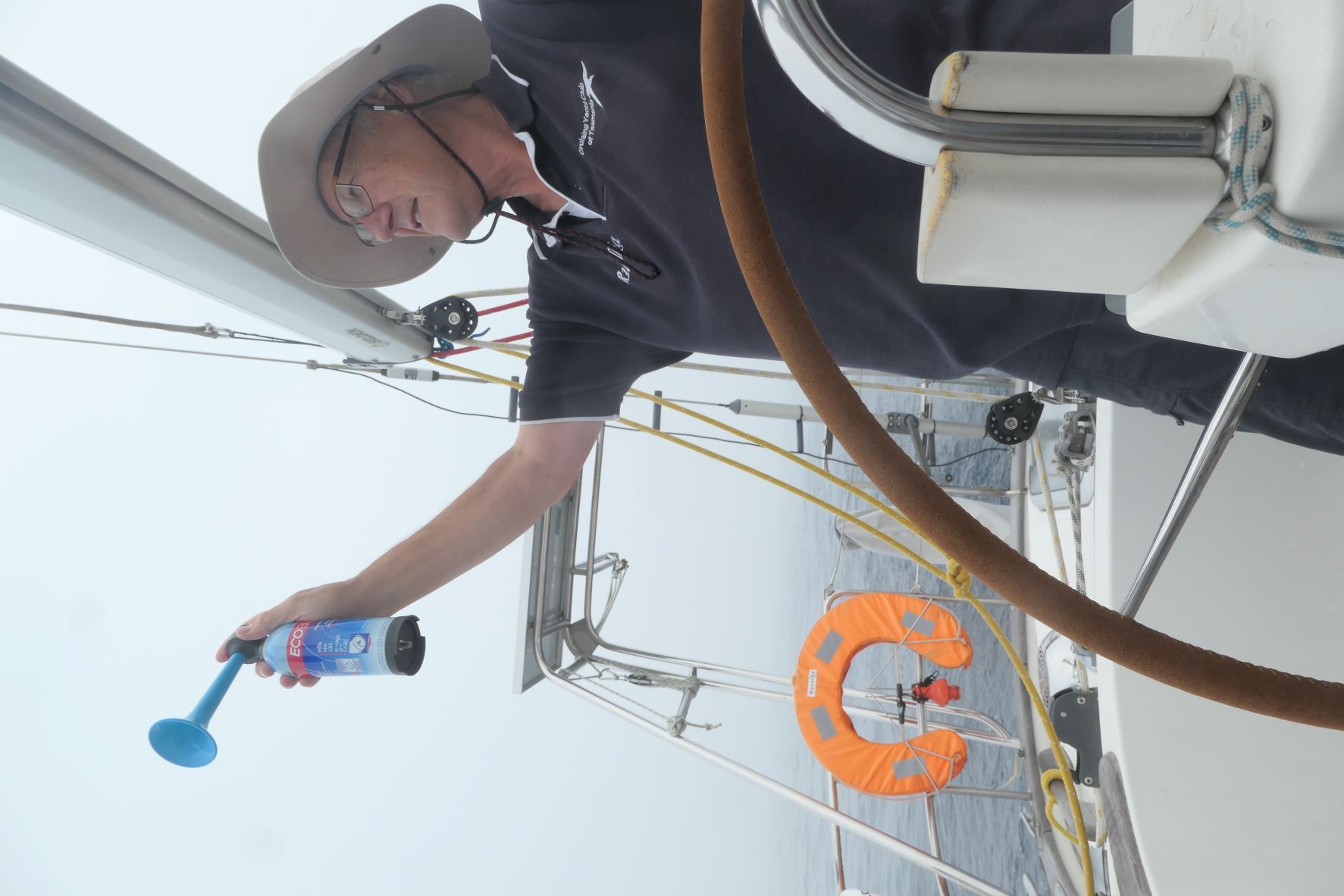 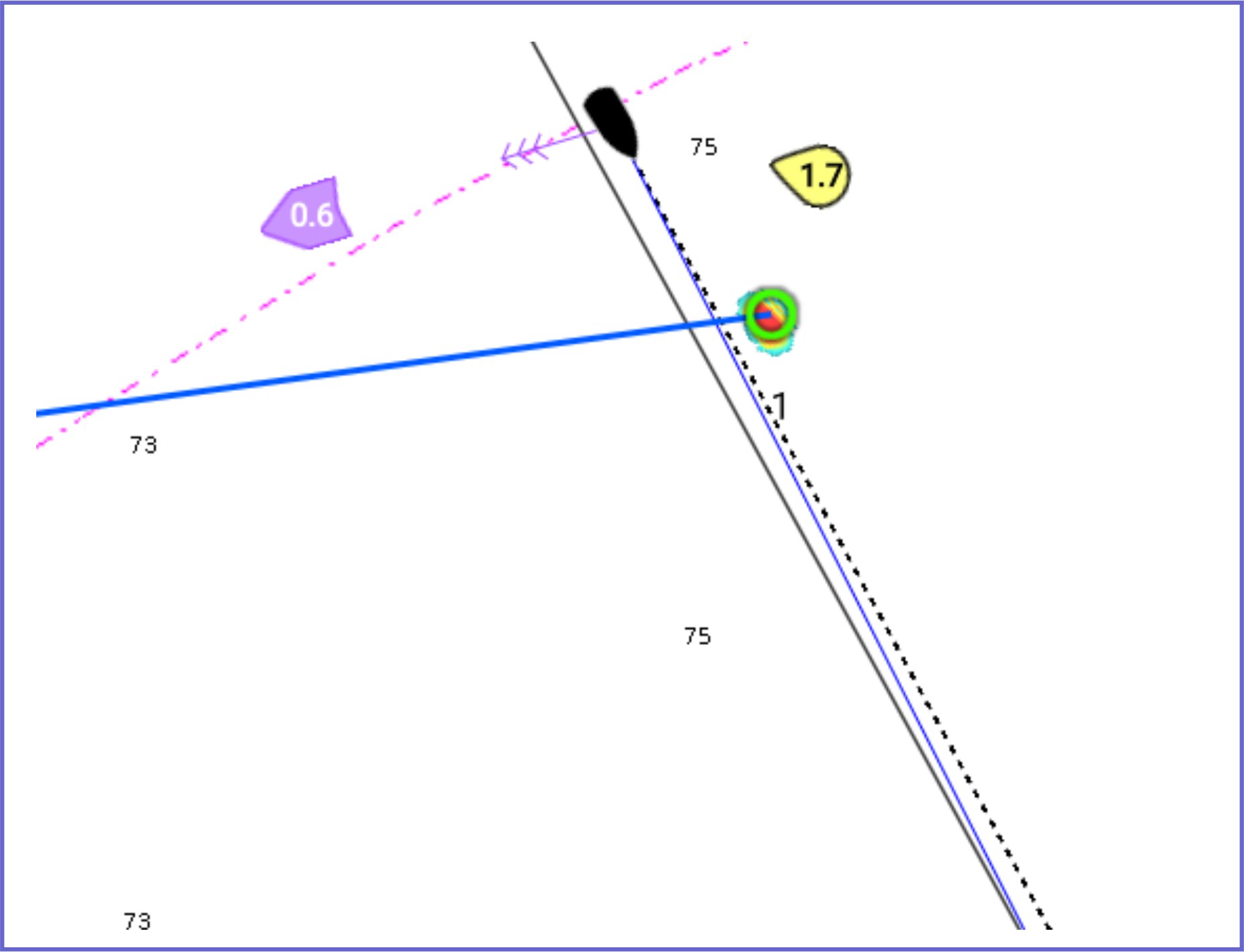 The sun burnt off the fog by late morning and we motored through glassy seas to the Tamar River, where we were sucked in by the incoming tide – reaching 9.6kts over ground at one point! 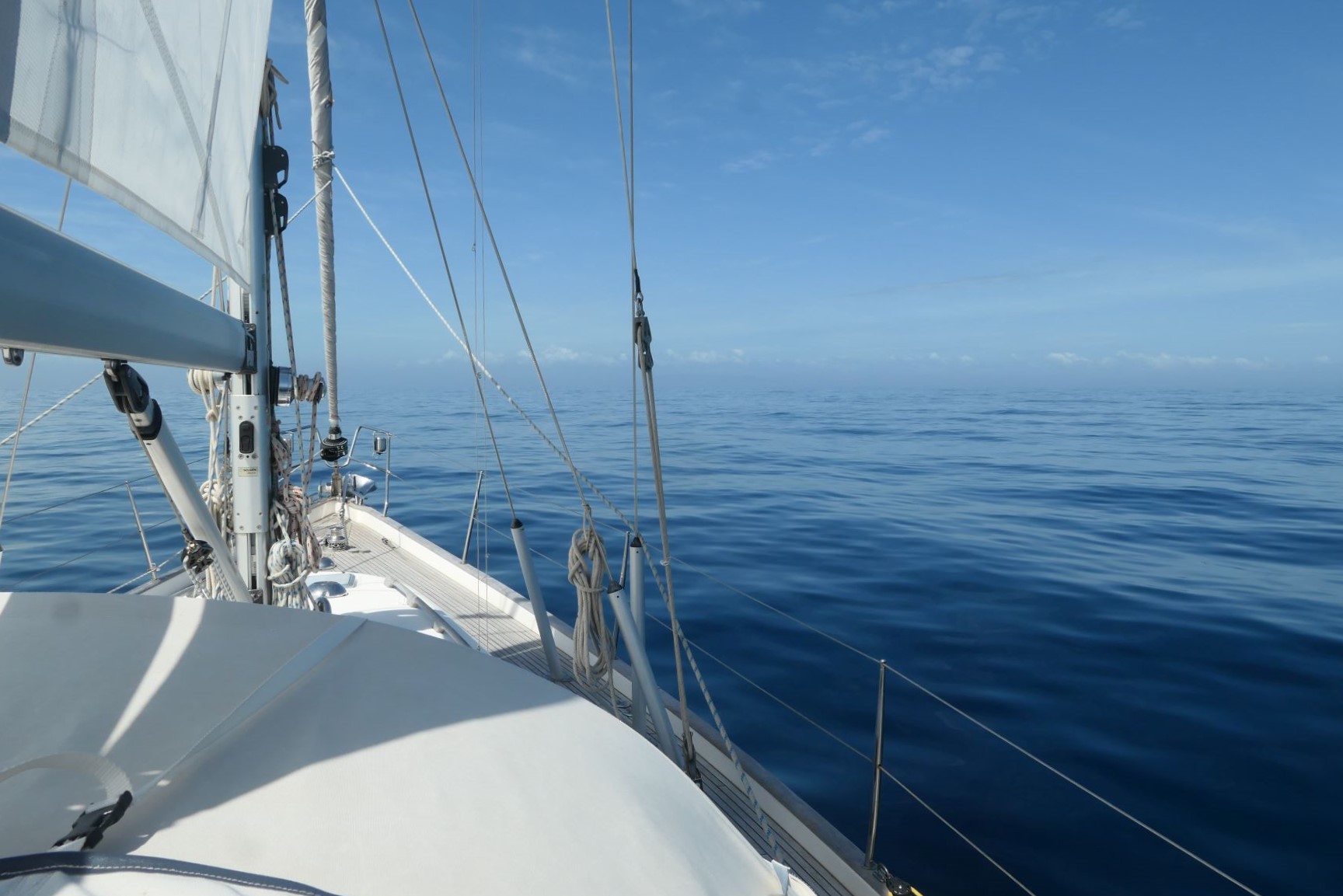 We reached the Tamar Yacht Club about 4pm and were directed to a really weird berthing arrangement – side on to a walkway in between several pile berths – that required squeezing between piles and then immediately turning sideways into the wind.  Not our most graceful entry, but we made it with help from Ron the bosun.  This morning (with help) we extracted ourselves and moved to a more conventional pile berth.

After looking at the weather again, we’ve decided to take a short break and head to Hobart for a week or so until it looks like there’s a more settled weather window for heading down the east coast.  Fortunately, we’ve been lucky enough to score a lift with Mark who is driving down to Hobart this afternoon.

So we’re packing up some things and settling Rusalka for another little rest.  We’ll resume our tale when we’re back on board… 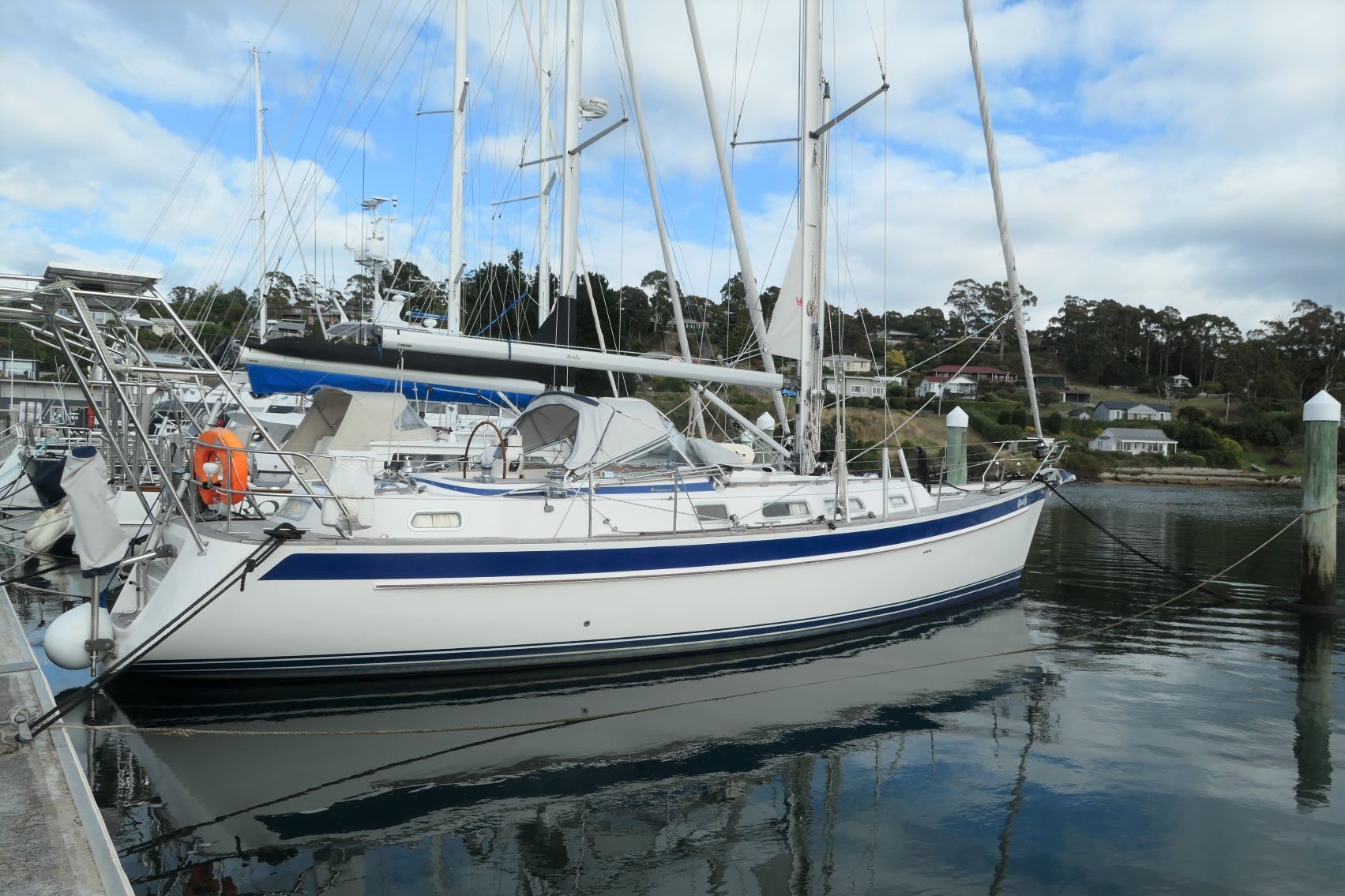