After a relaxing morning, we set off from Apollo Bay around midday, in order to arrive at Port Phillip Bay heads around slack water.

Apollo Bay harbour has a tendency to silt up, so the council dredge the entrance frequently.  The dredge was working as we left the harbour, but they kindly lowered their anchor line so that we could pass by! 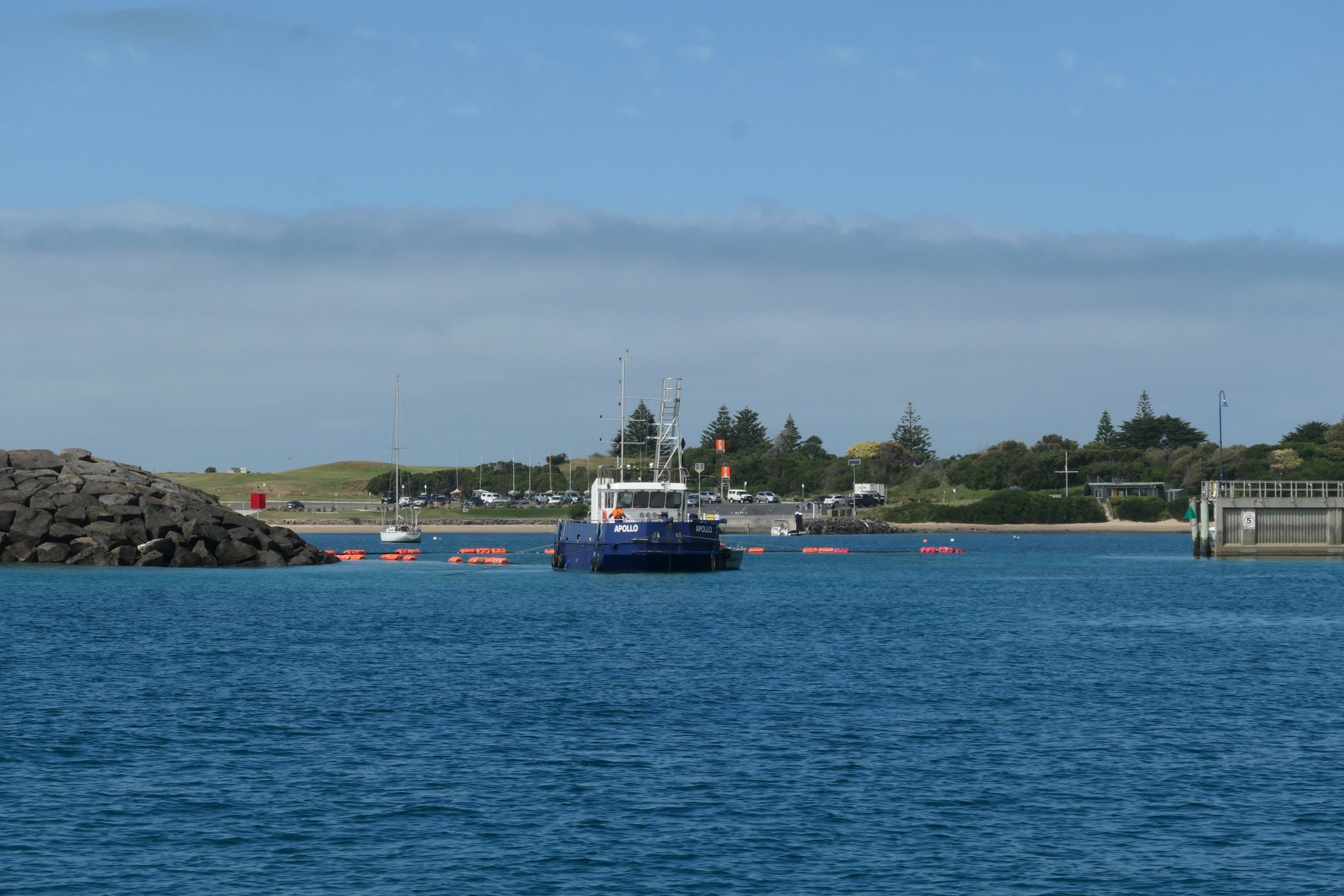 It was a delightful day on the water, with SW winds allowing us to sail a lot of the way, with only the occasional top-up from the motor to make sure we reached the Rip near 8pm, our planned entry time.  Dolphins joined us for a while – always a delight! 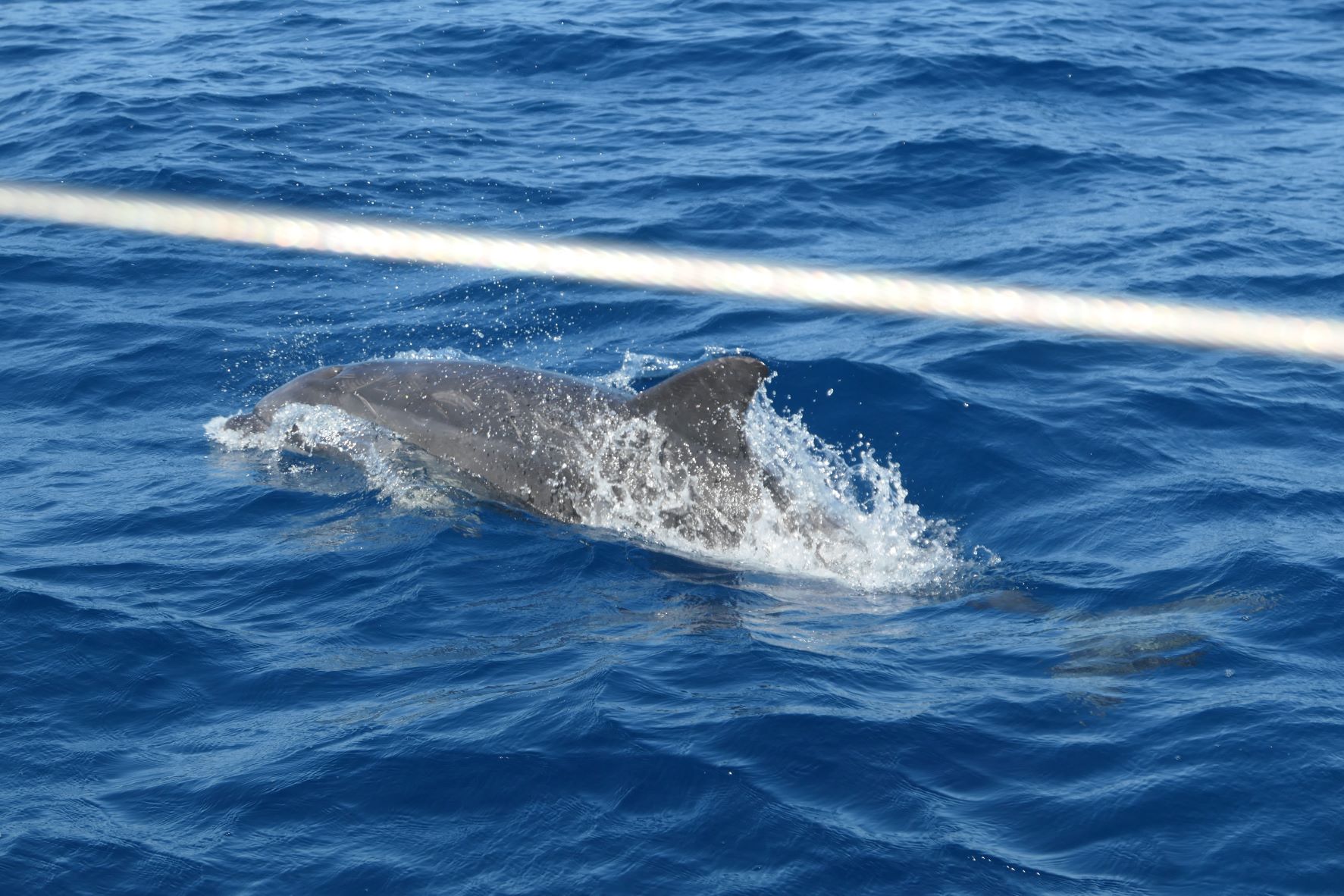 As we approached the entrance to the bay we could see two or three cargo ships waiting to enter and more than six ships lining up inside the bay wanting to leave.  We’d arrived at rush hour! 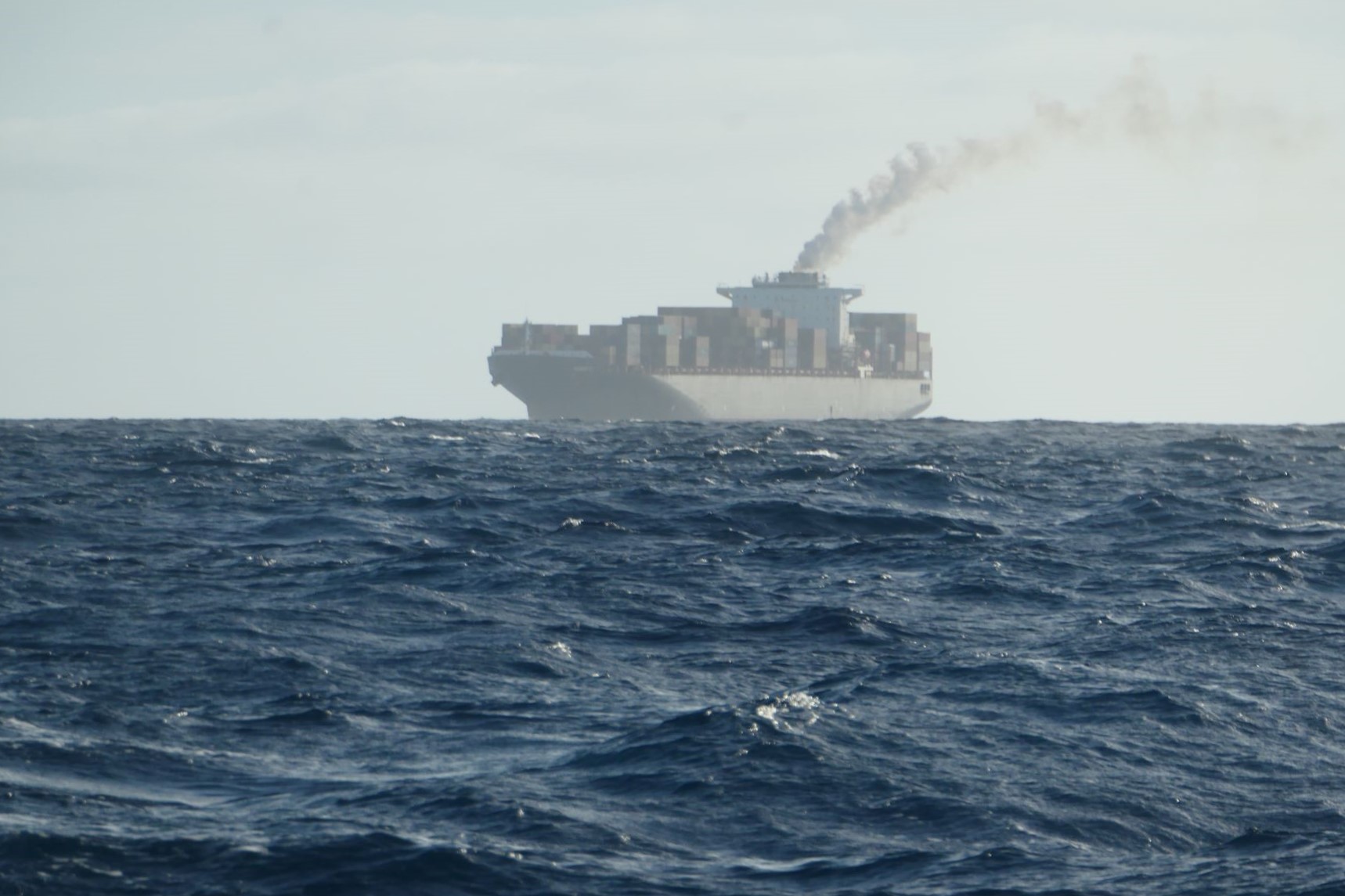 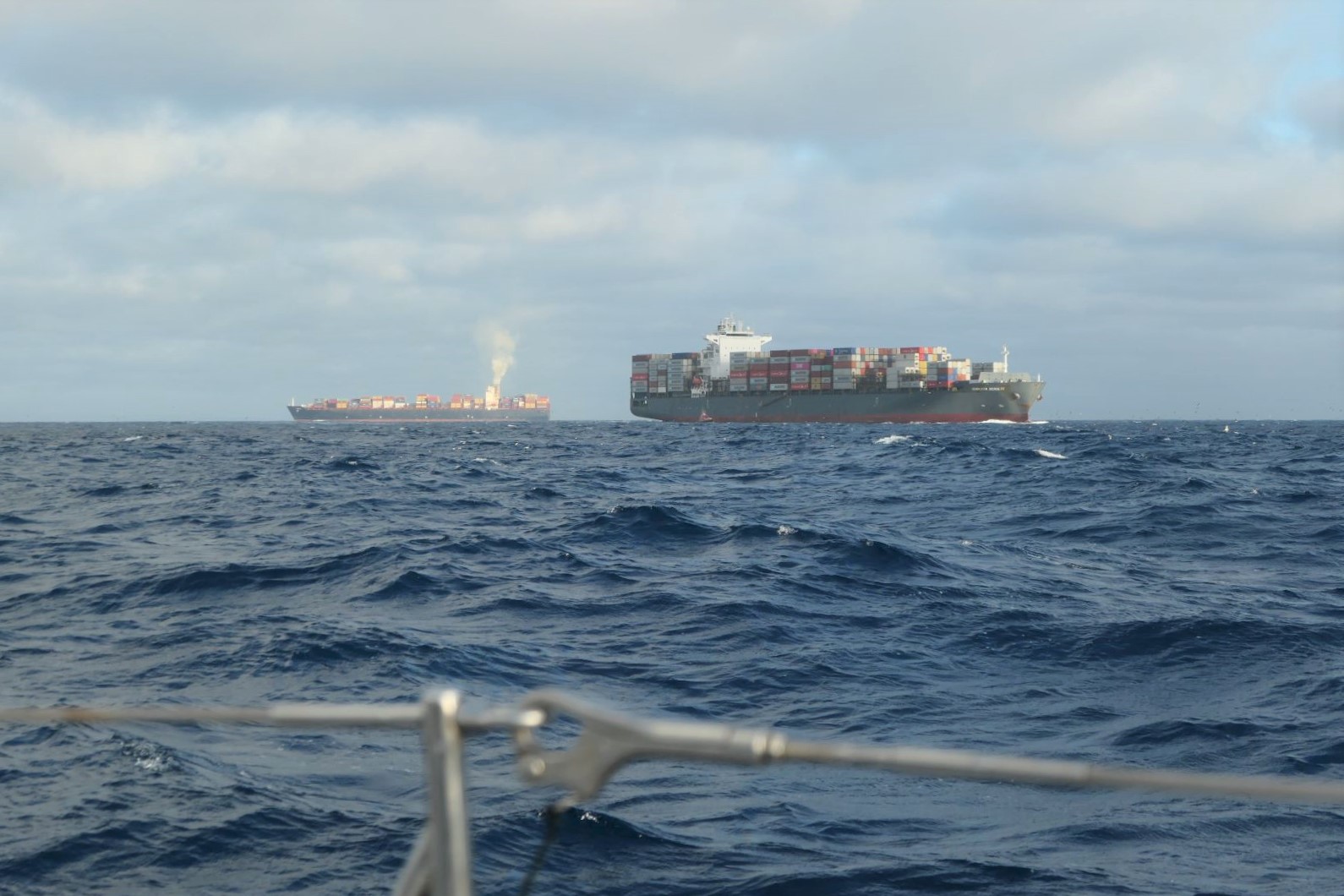 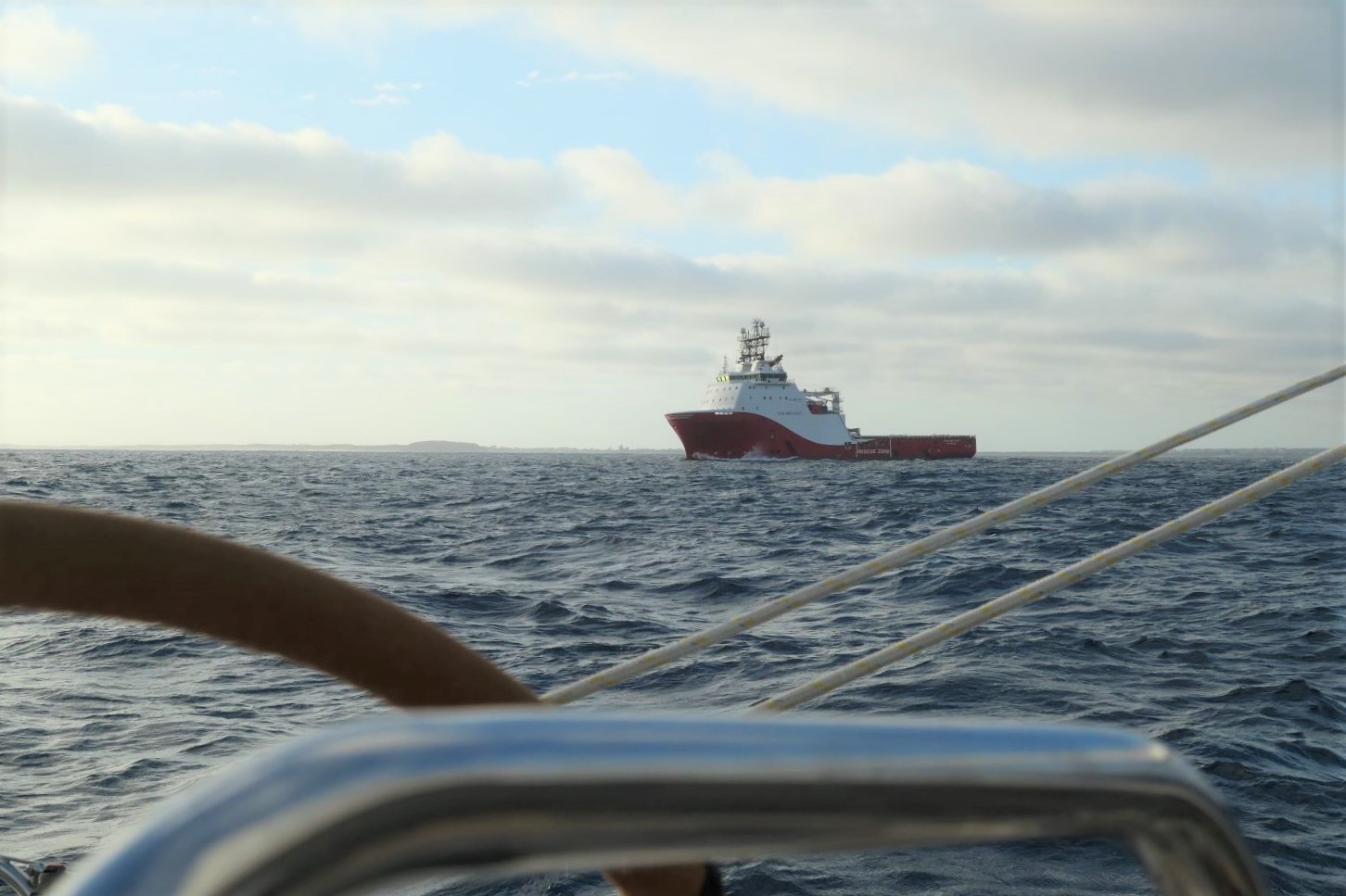 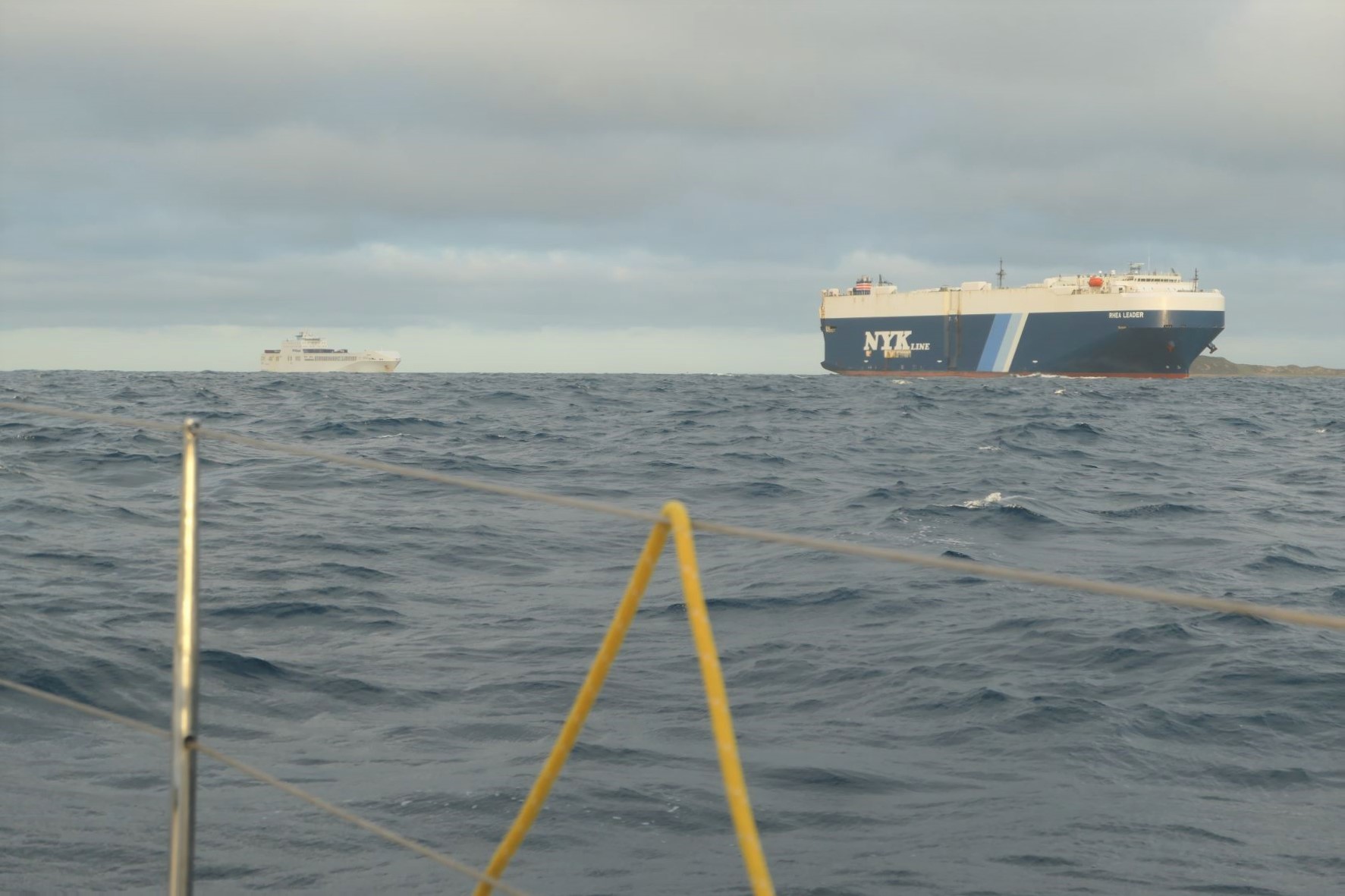 The pilot boat was busy racing out to retrieve pilots from each departing ship. 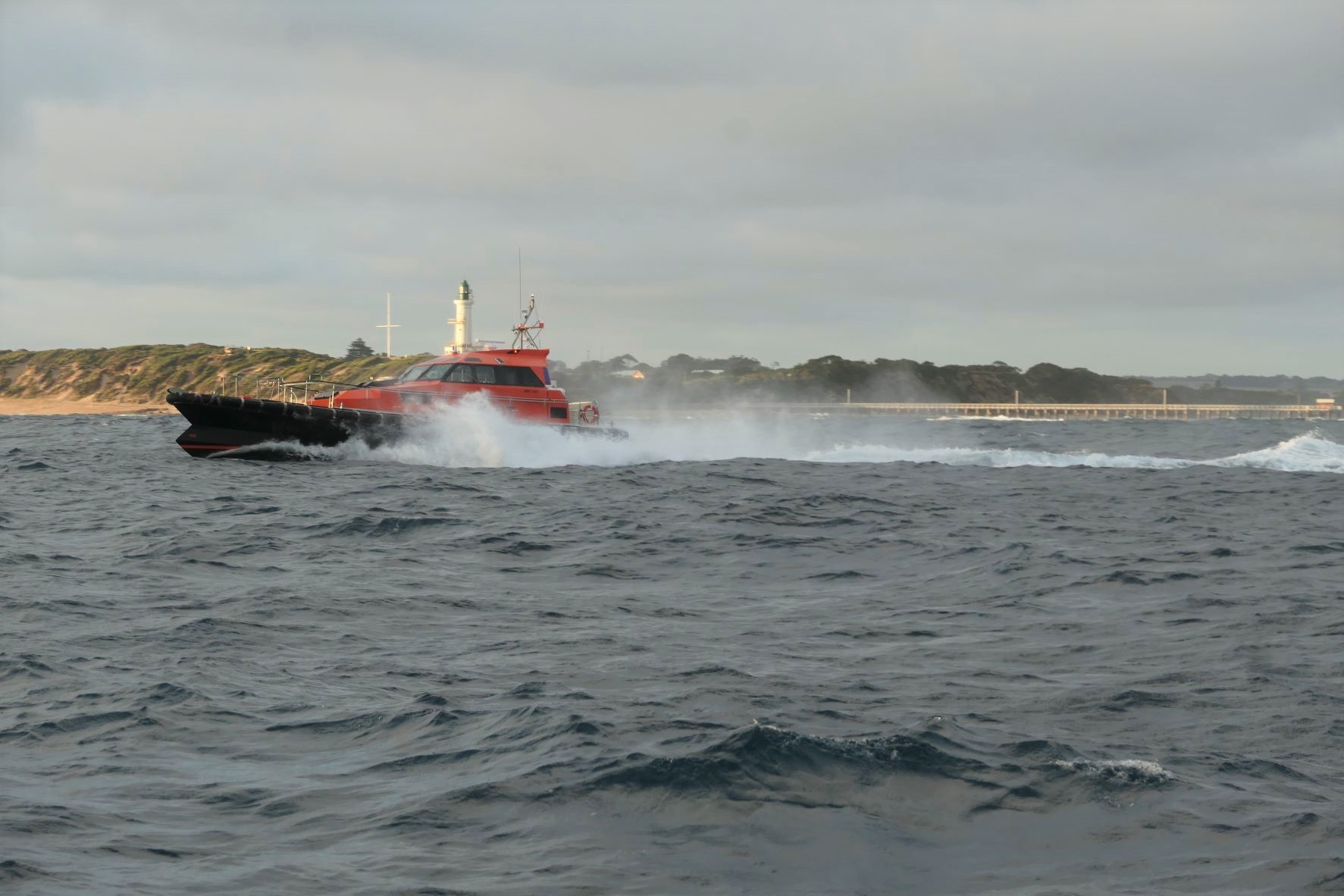 We crossed the Rip safely and steered along the edge of the main shipping channel until we could cross over to Sorrento, where Parks Victoria maintains 5 visitors moorings.  It was fully dark by then and picking up the mooring was made confusing by wind against tide.  With a bit of difficulty we picked up a hefty mooring that we thought was the right one, but when we checked the Parks Vic website we realised it wasn’t one of theirs.  A little bit more searching by spotlight and we saw where we needed to go. By 9:30pm we were secured on the correct mooring and shortly afterwards toasted our arrival with a wee dram. 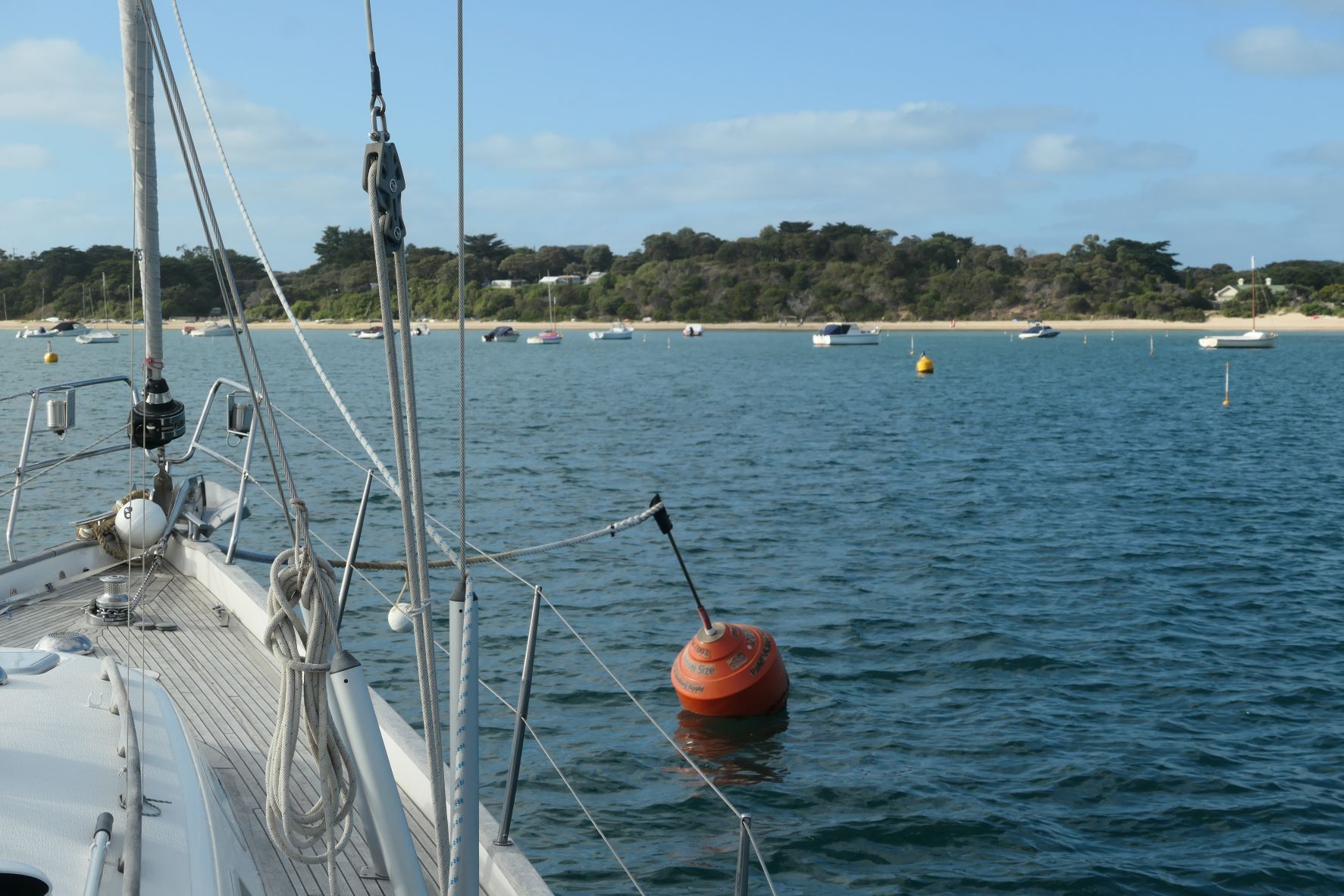 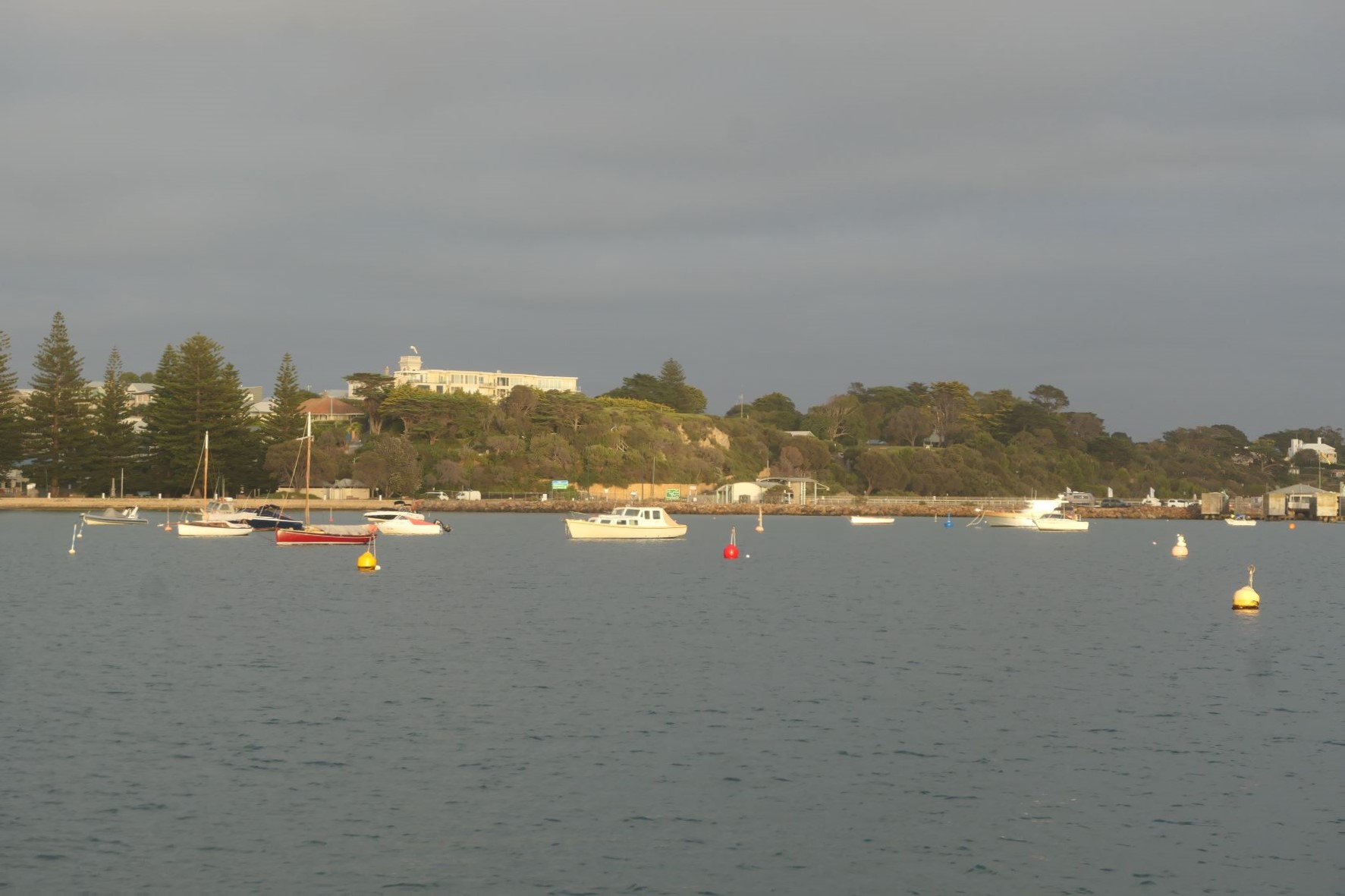 This morning we motor-sailed up the eastern side of the bay.  We pulled into Mornington briefly to wave at family who were there to see us sail past, then we continued on to Royal Brighton Yacht Club. 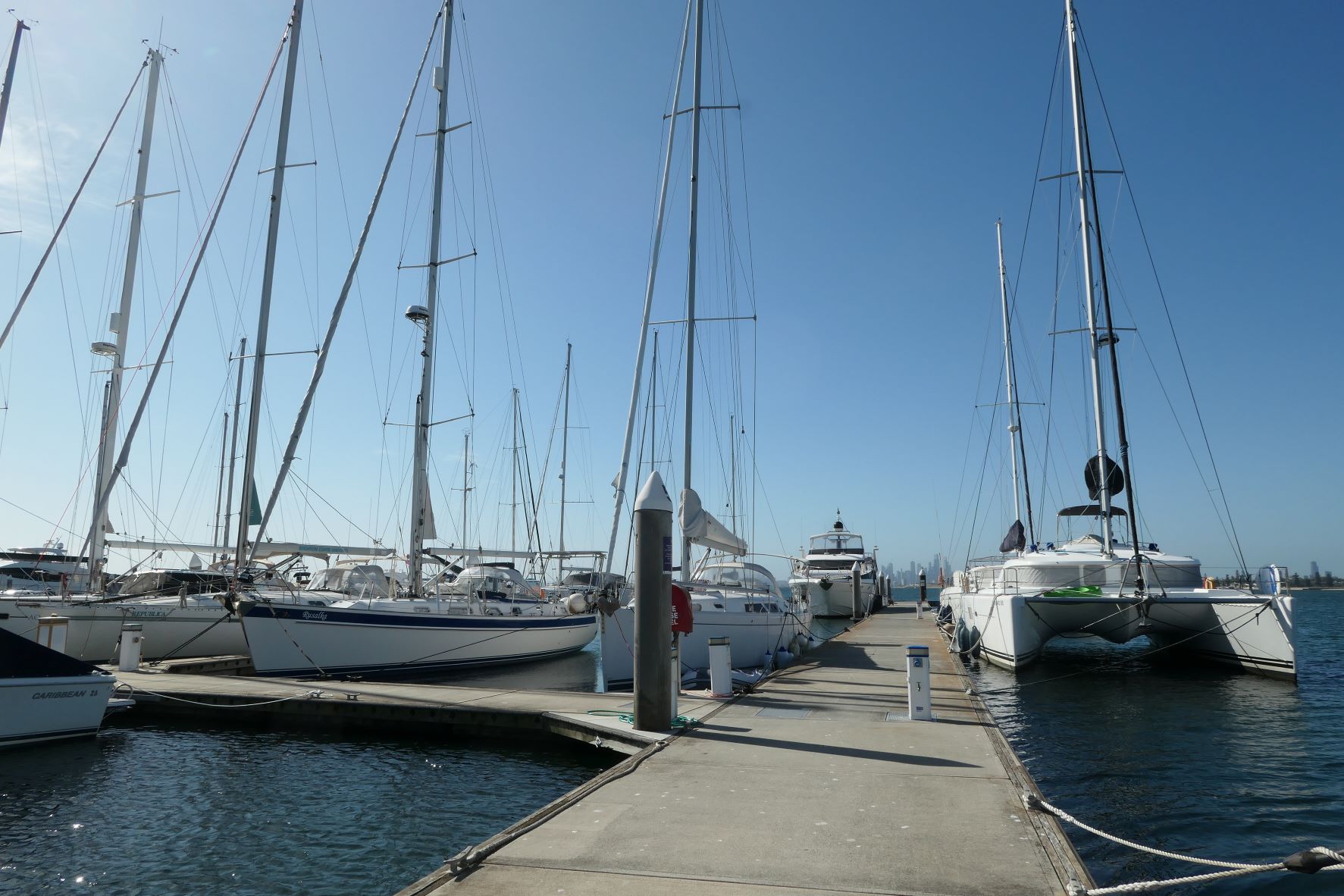 Our berth is possibly one of the most difficult to get in and out of, so it was a bit of drama at the end of the day, but now we are in and tomorrow we will leave Rusalka for a bit of shore leave with the family.  We’ll pick up the story in a week or two – hope to see you then! 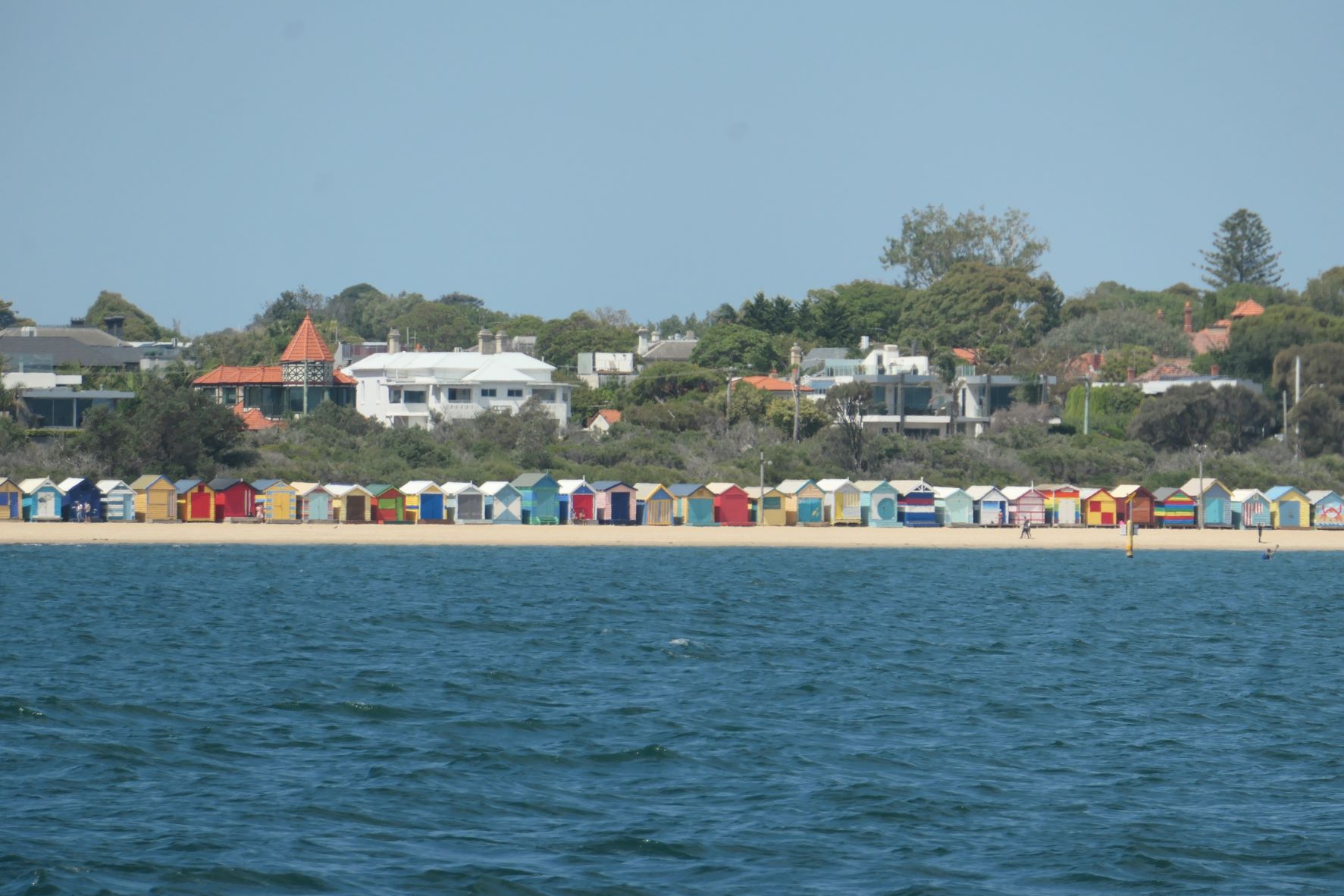