The wind continued to blow from the east all of Monday and Tuesday.  On Wednesday, just for variety, it blew from the west.

We decided not to bother blowing up the dinghy to go ashore – there didn’t appear to be much to do once there (on foot).  So we occupied ourselves watching the ships come and go (turning the John Duigan in strong winds looked quite a feat!), reading, cooking, swimming around the boat, and watching the dust from the port settle over everything! 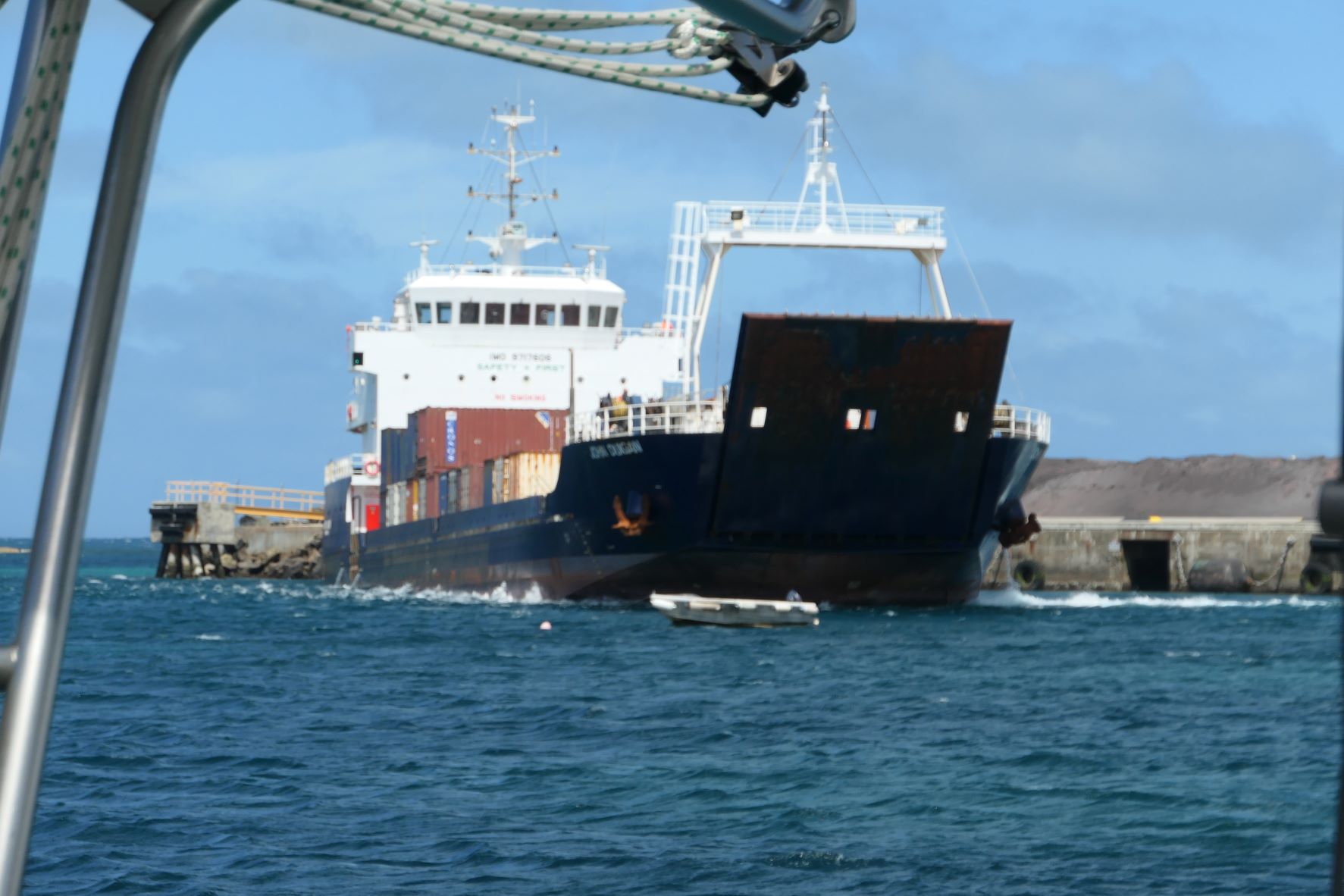 Thursday’s forecast looked good, so we got up at dark o’clock and were off by 4:50am (after carefully detaching the cat's cradle of lines holding us to the mooring and replacing the anchor on the bow roller).  The wind was 10-15kt from the SW, so once we cleared the top of King Island we were able to turn off the motor and enjoy a beam reach all the way to Apollo Bay. 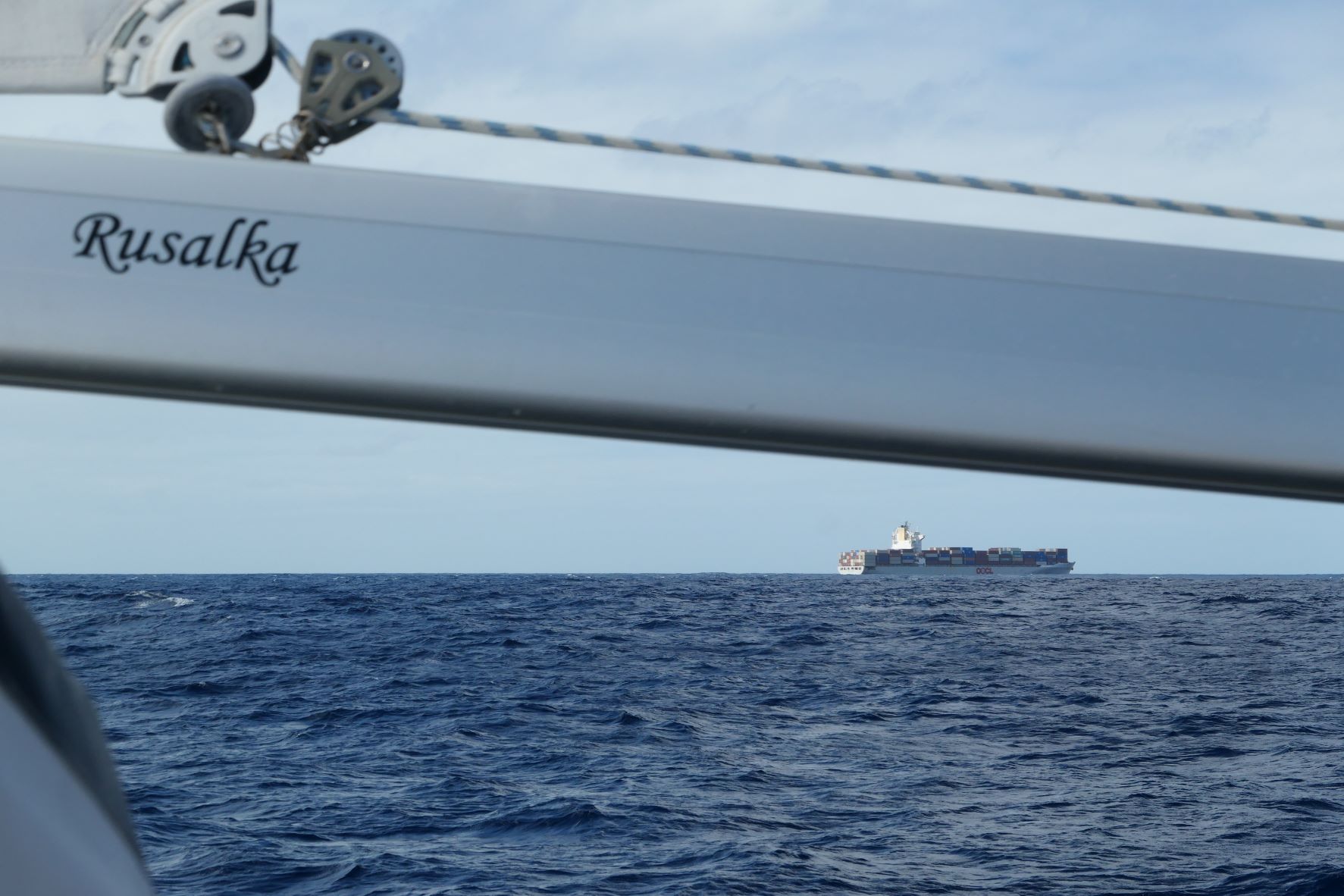 We reached the harbour at 6pm, tying up alongside a floating pontoon in the marina.  While we’re protected from the swell by a breakwater, some small waves still come through into the harbour, so our lines were jerking and snatching through the night -  not as peaceful as I’d hoped, but we were tired enough to sleep through most of it.

Today (Friday) was cleaning day – a visit to the laundromat, washing the salt and grime of Grassy off the boat and vacuuming up all the dead March flies that we’ve swatted over the last week! 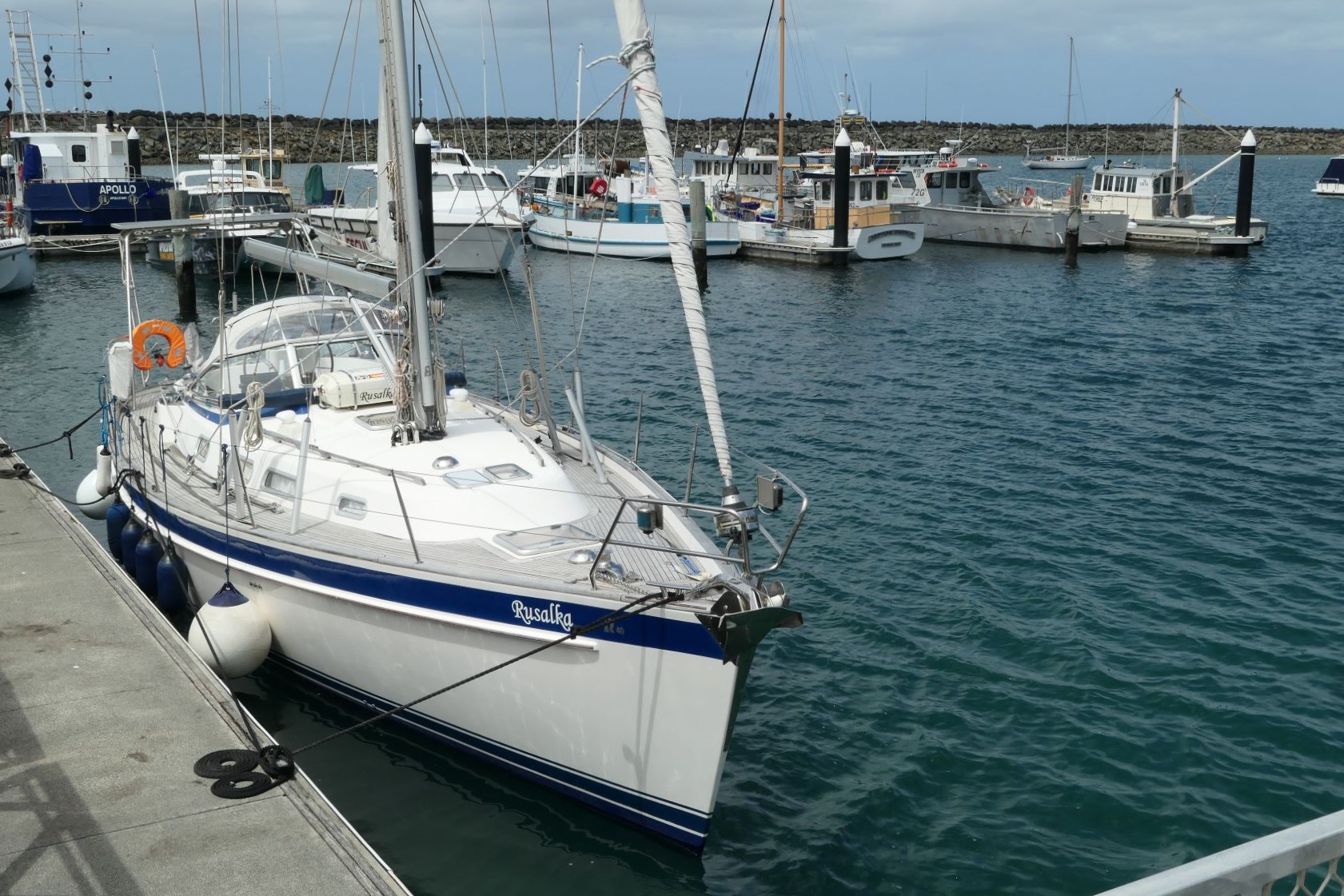 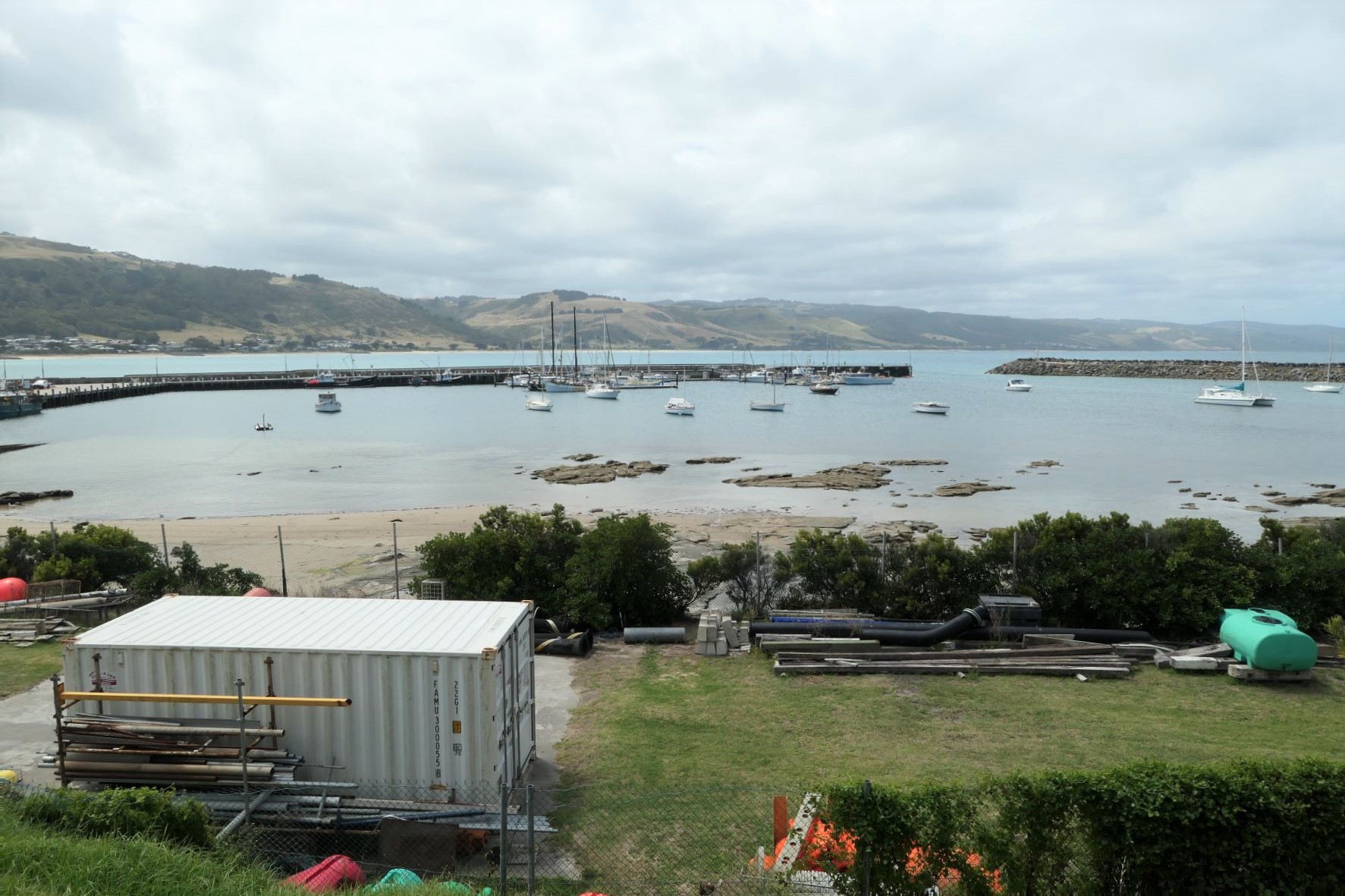