The next day we pressed on toward the Tamar River.  We’d been in contact with Cocomarje, another Hallberg Rassy 40 from West Australia, and wanted to meet them and see their boat before they left Beauty Point.

We rode in on the morning flood tide, surfing through at 8.4kts over ground behind Waterhouse Island. 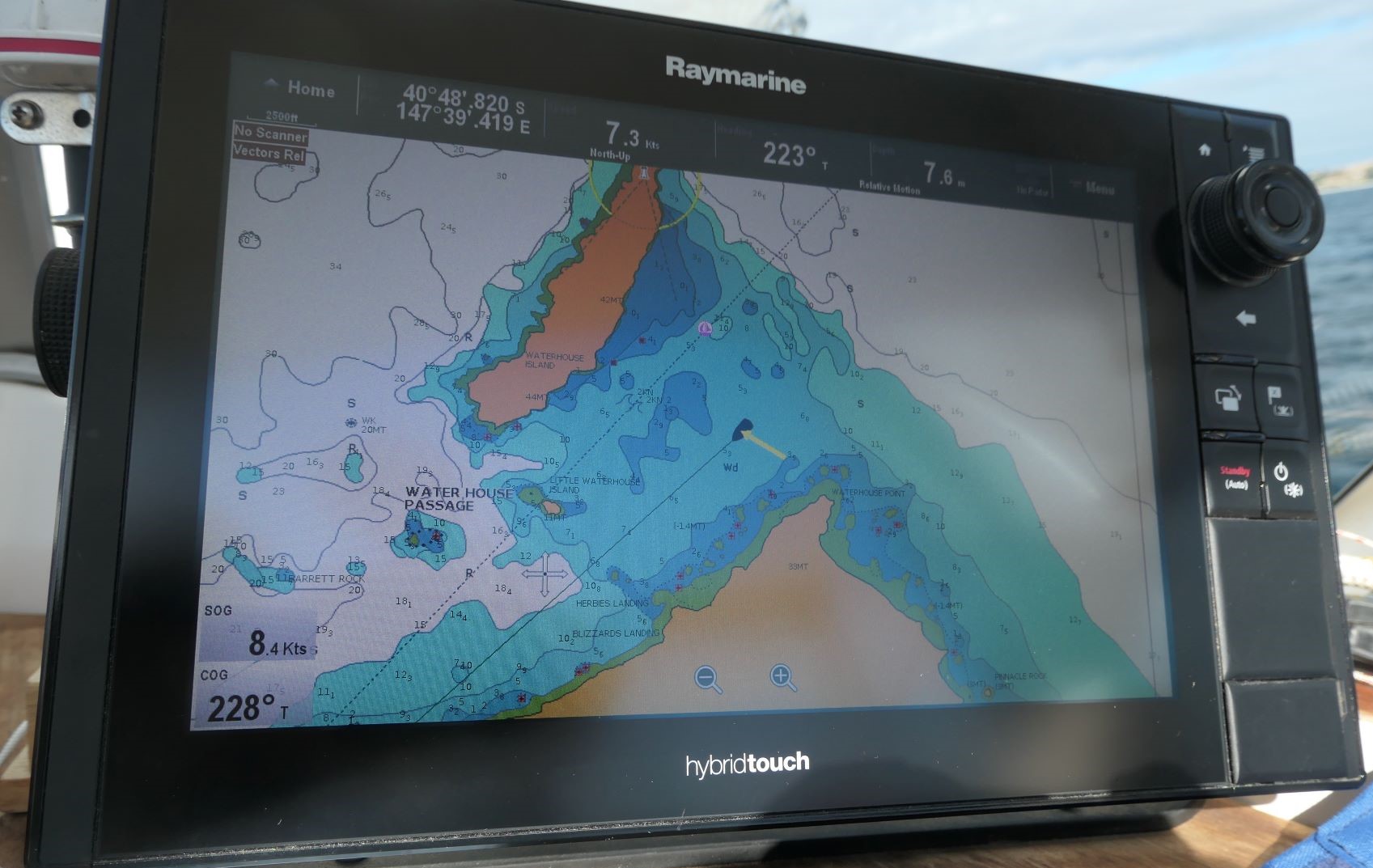 On the way up the east coast we noticed that the touch screen on the chart plotter would occasionally stop working and sometimes get extremely hot.  We’d noticed this previously, but a reset usually fixed it. Still, it was a bit of a worry.  Then, just before we entered the Tamar, the screen went completely crazy, with the cursor moving around independently and zooming in and out.  Just when we needed to be able to follow the channel up the river.  With the paper chart out and a phone app as back up, we motored carefully against the ebbing tide up to the Beauty Point marina. 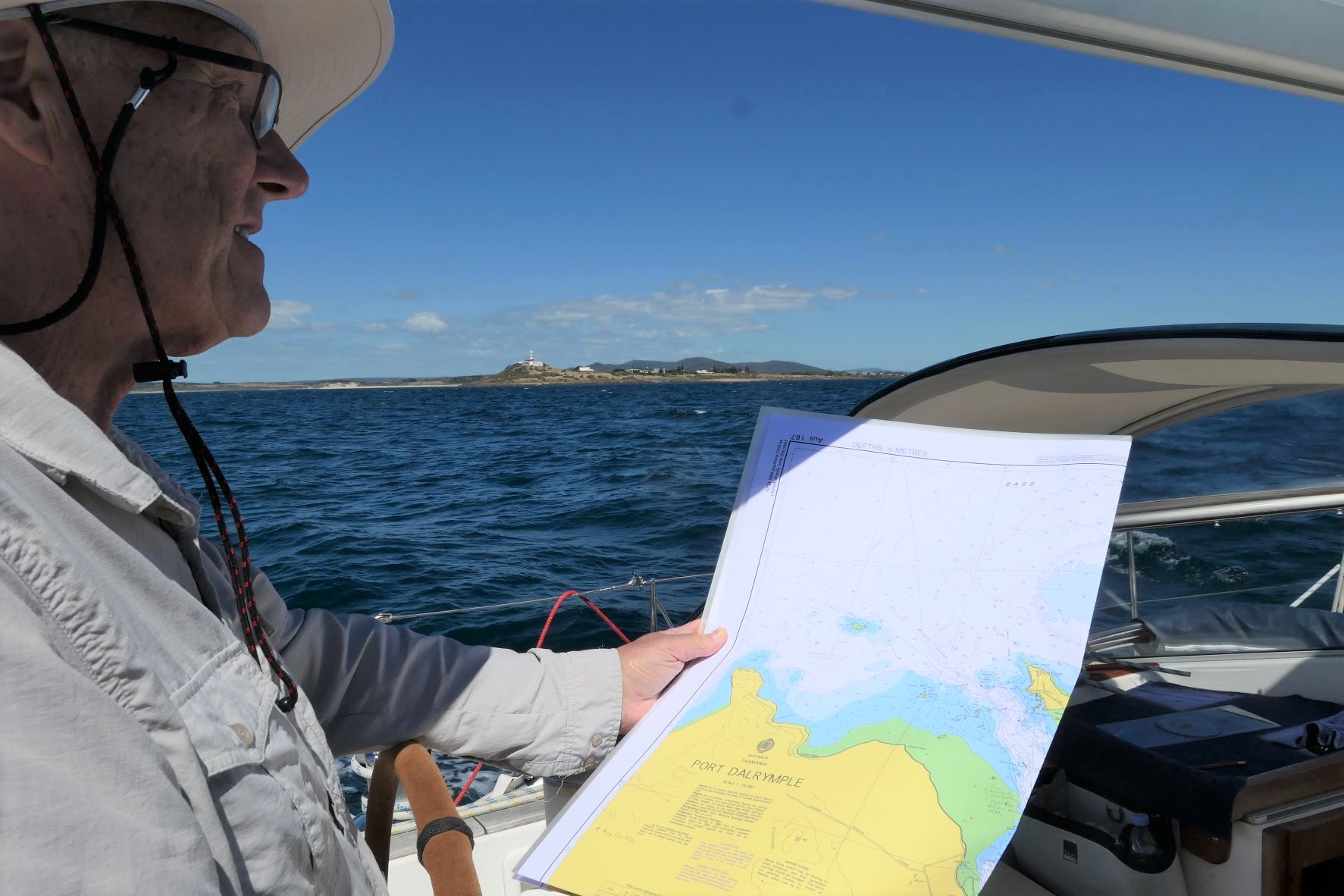 We were greeted by the ever friendly bosun, Ron, and soon were chatting with Ian and Sharyn on Cocomarje about all things HR.  And who else did we meet in the clubhouse, but Karina and Christoph from L’Envol – an adventurous couple sailing their 25ft minimalist sailboat around the world.  We had met them at Schouten Island about a year ago and they’ve been trapped here since by Covid restrictions.  We were invited to a BBQ lunch on Saturday to farewell them as they were setting off again on Tues. 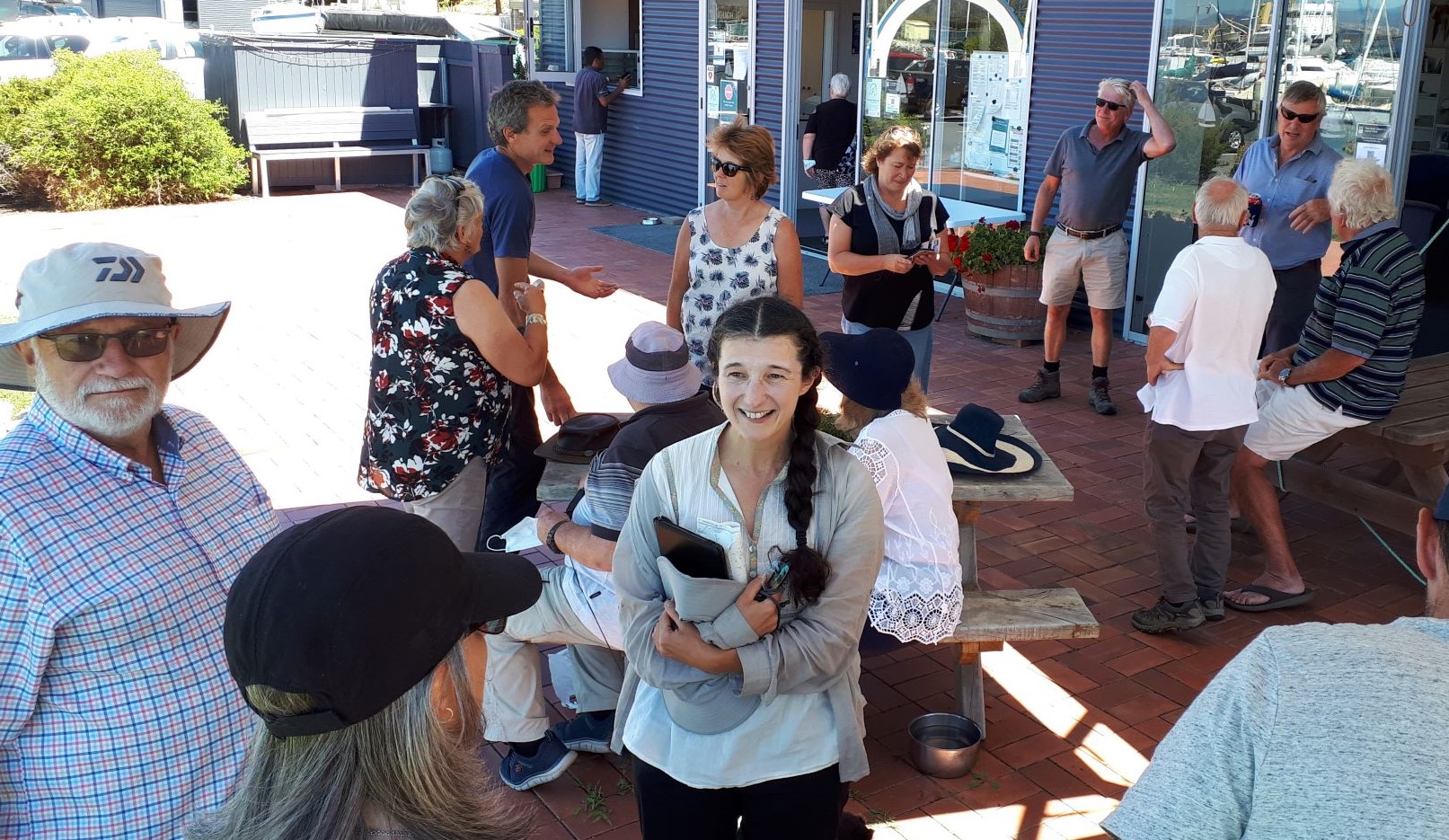 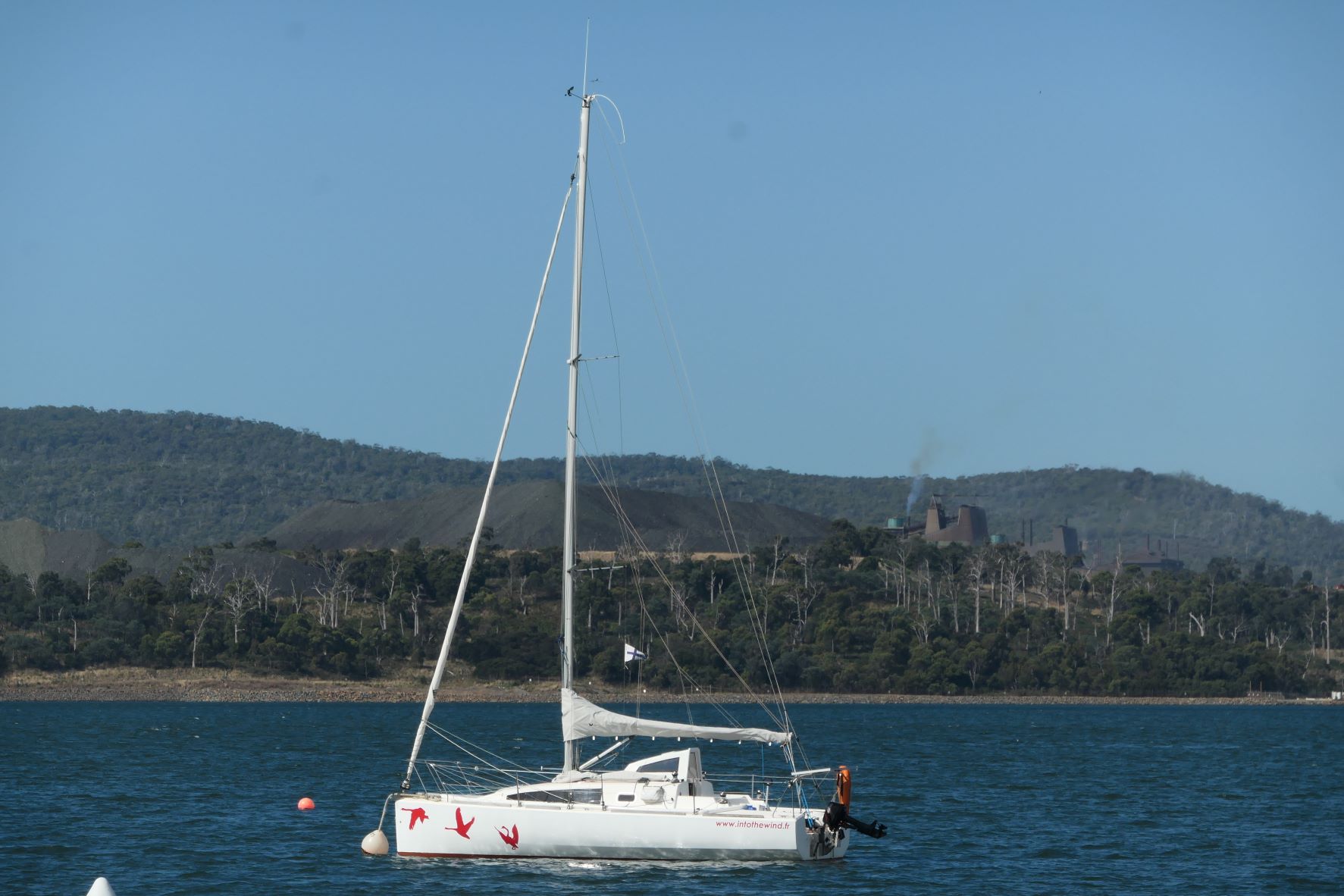 So it looks like we’ll be here until the end of week, waiting for a replacement chart plotter and installing it and the new smaller chart plotter that we decided to buy as an upgrade for our inside plotter.  Of course there are other boat jobs to get on with: patching the punctured fender step, replacing the valve that broke when we tried to reinflate it, patching the hole where the deck shower fitting broke, cutting down the proud caulking, etc. etc…  It’s true what they say about cruising is just doing repairs in exotic places!