Time out in Triabunna 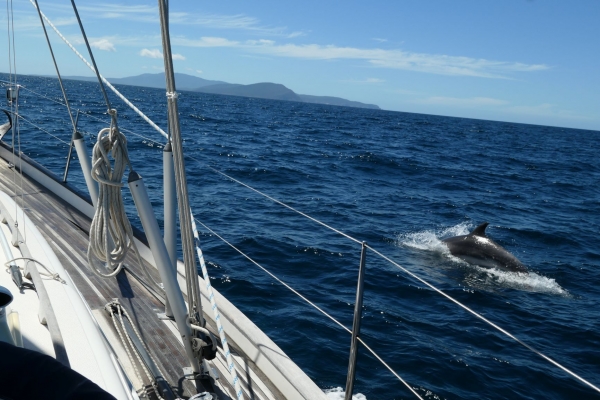 We dropped the mooring in Quarantine Bay at 7:45am on Tuesday morning and motored uneventfully to Norfolk Bay.

We found that we were nearing the canal at high tide and, after some quick calculations of tide height and a check of the wind observations for the Marion Bay side of things, we decided to press on through the canal and on to the east coast. 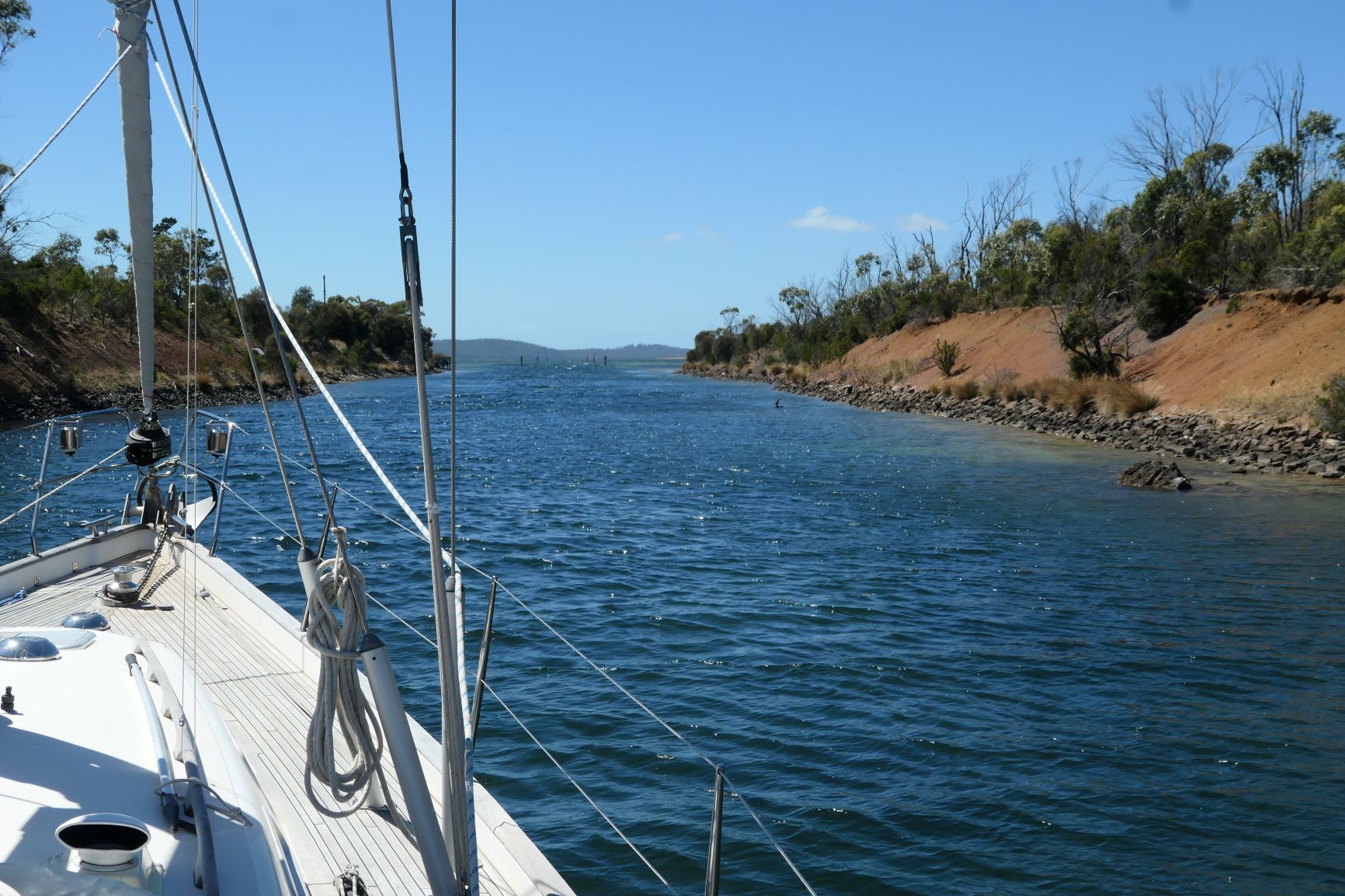 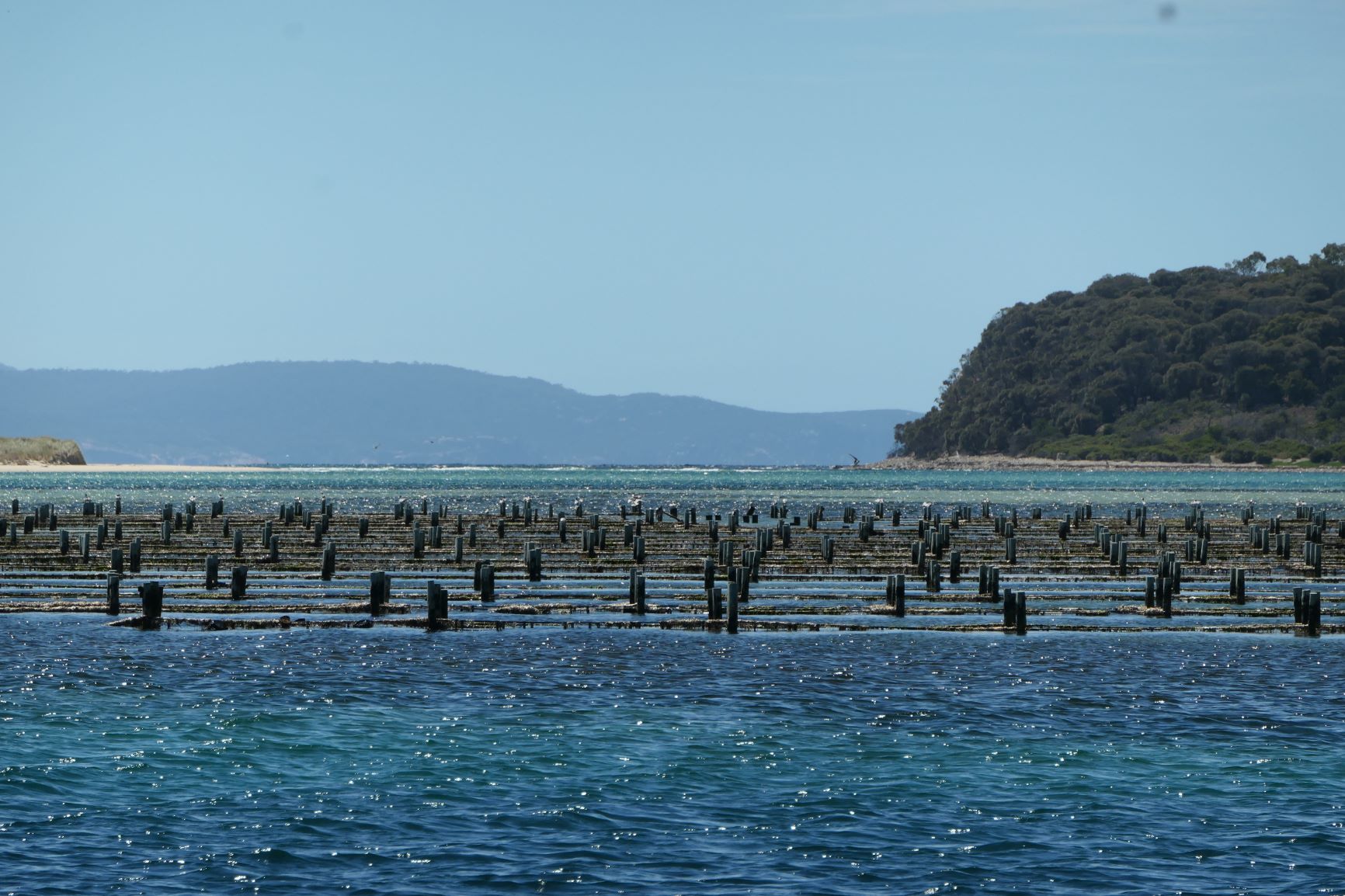 We squeaked through with just 0.3m of water under the keel, but the bar was gentle and soon we were through and greeted by a particularly energetic pod of dolphins who were doing full leaps and somersaults for us (of course, no pictures of those!). 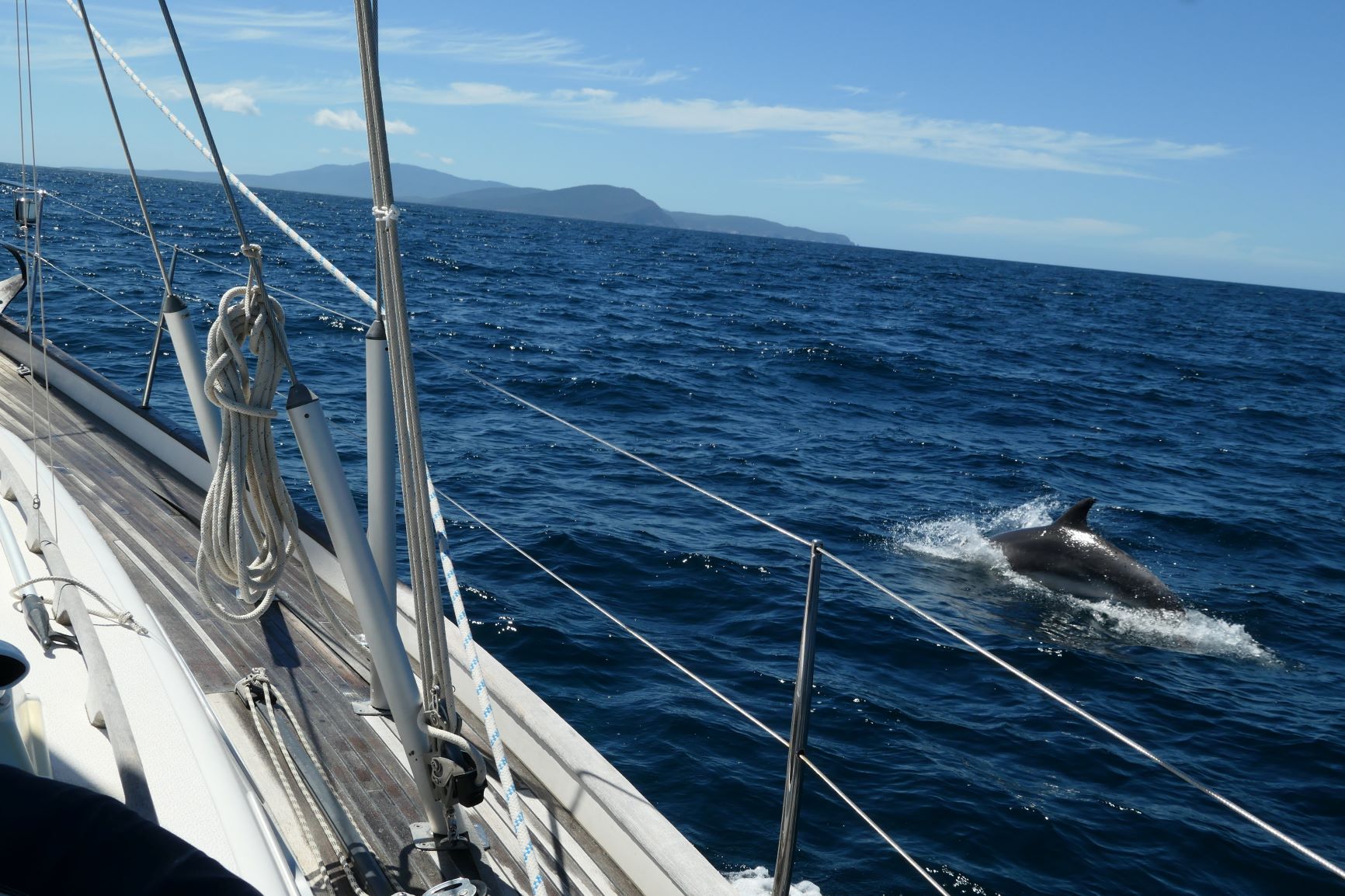 Rather than our usual destination of Shoal Bay on Maria Island, we decided to press on to Spring Bay, near Triabunna to wait out the forecasted northeasterlies.  This was a new destination for us, so a chance to explore.  We anchored near Deep Water Jetty and enjoyed a beer in the cockpit as we watched the local yacht club boats crossed the finish line in their twilight race. 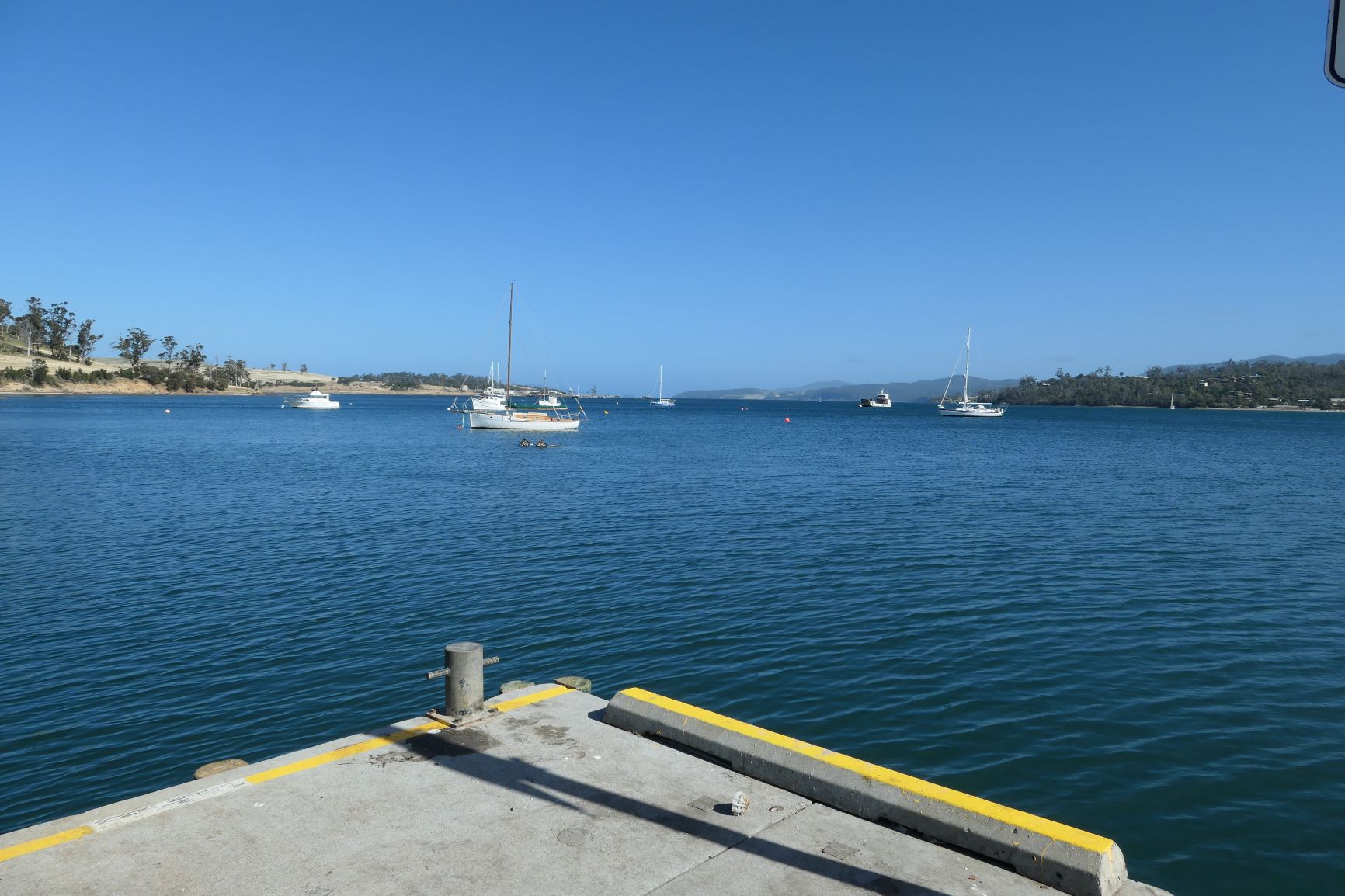 The next day we took the short (1nm) dinghy ride into Triabunna.  We’d heard that the channel markers can be tricky, so it’s just as well that our first entry was by dinghy.  We missed a marker and got into shallow waters before realizing our mistake.  For those considering it – here is a picture that illustrates how easy it is to miss the last floating red (port) marker. 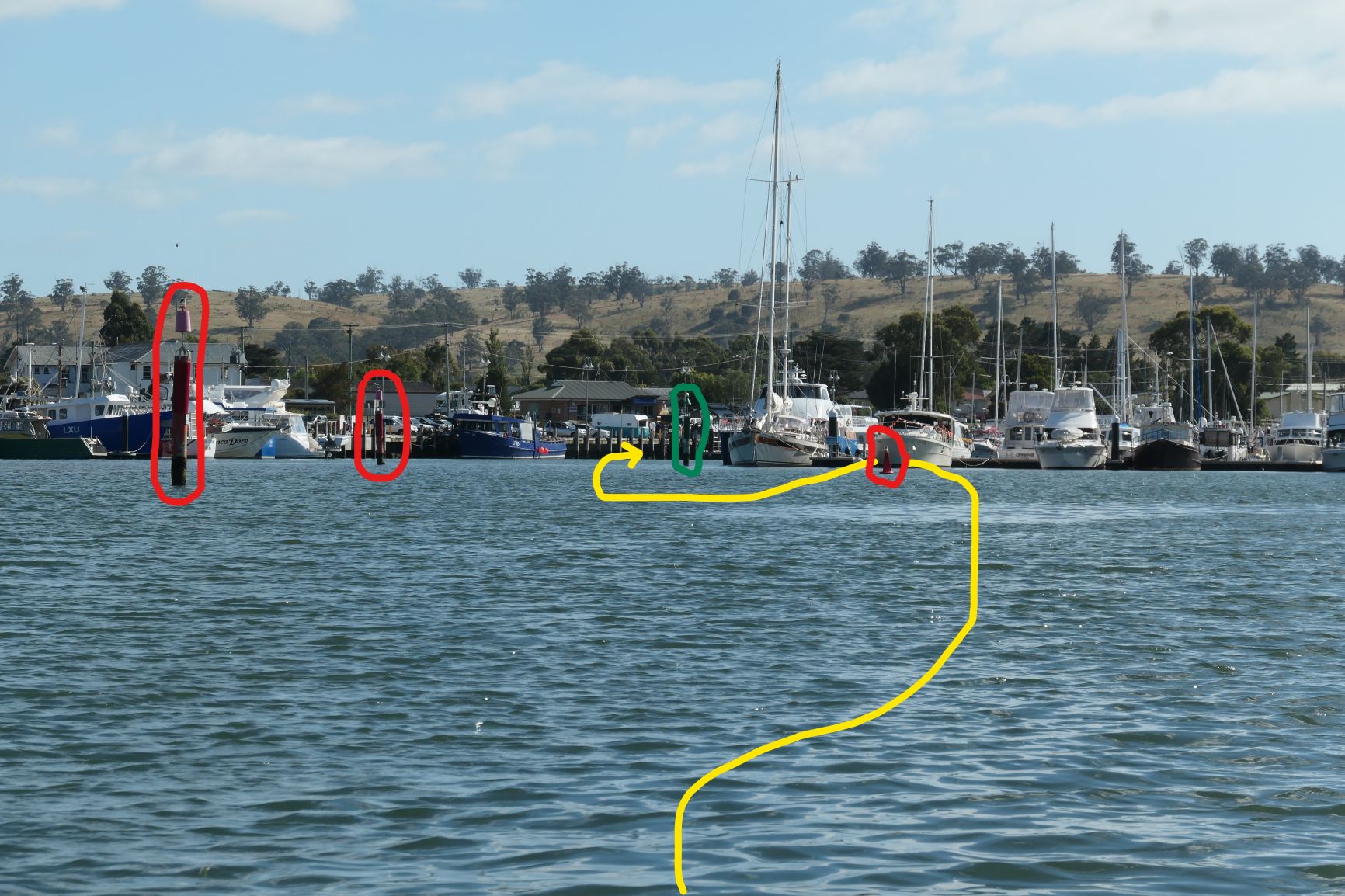 Friends of ours on Argos of Sydney made the same mistake coming in later in the day, so it must be a common occurrence.

That evening we were invited to dinner by Rob and Jillaine, boat friends who are working on the Spring Bay Mill development.  They gave us a tour of the site – an old woodchip mill that was controversially bought by an environmentalist who is in the process of rehabilitating the land and developing the site as a function centre.  Some very interesting, quirky architectural ideas have been incorporated into the development and it will be exciting to see how it grows in coming years. 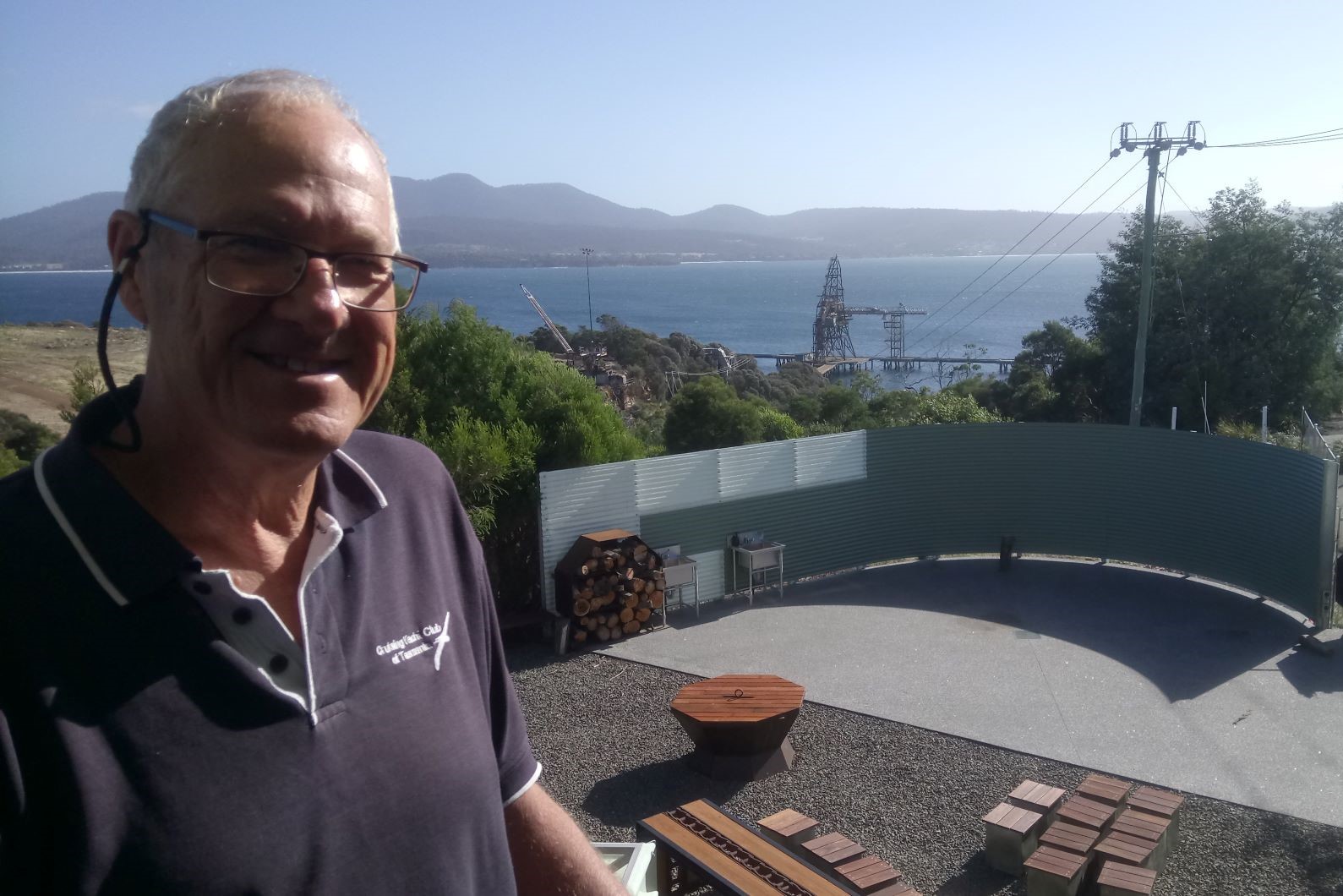 The wind continued to blow from the northeast and we stayed firmly put in our muddy anchorage.  On Friday, we decided on another trip into town to top up milk supplies and refill a gas bottle (my bread baking must be taking more gas than I’m used to).  After morning tea on Argos and a huge fish and chips lunch at the famous Fish Van in town we returned to Rusalka for a quiet afternoon of reading and a light salad for dinner.

Although the wind is now a strong north-northwesterly (not forecast!!!), we’re expecting a southerly change tomorrow and the plan is to head further north.