After a long winter confined mainly to nearby waters, we decided to head off for a week or two further afield.  Friends on Sheokee decided to sail in company with us and together we set off on a fine, calm morning across Storm Bay.

With no wind to steady our sail we bounced around a bit in the confused waves caused by reflection off the land, but it was worth it to see the towering dolerite cliffs facing the Southern Ocean from Cape Raoul to Cape Hauy. 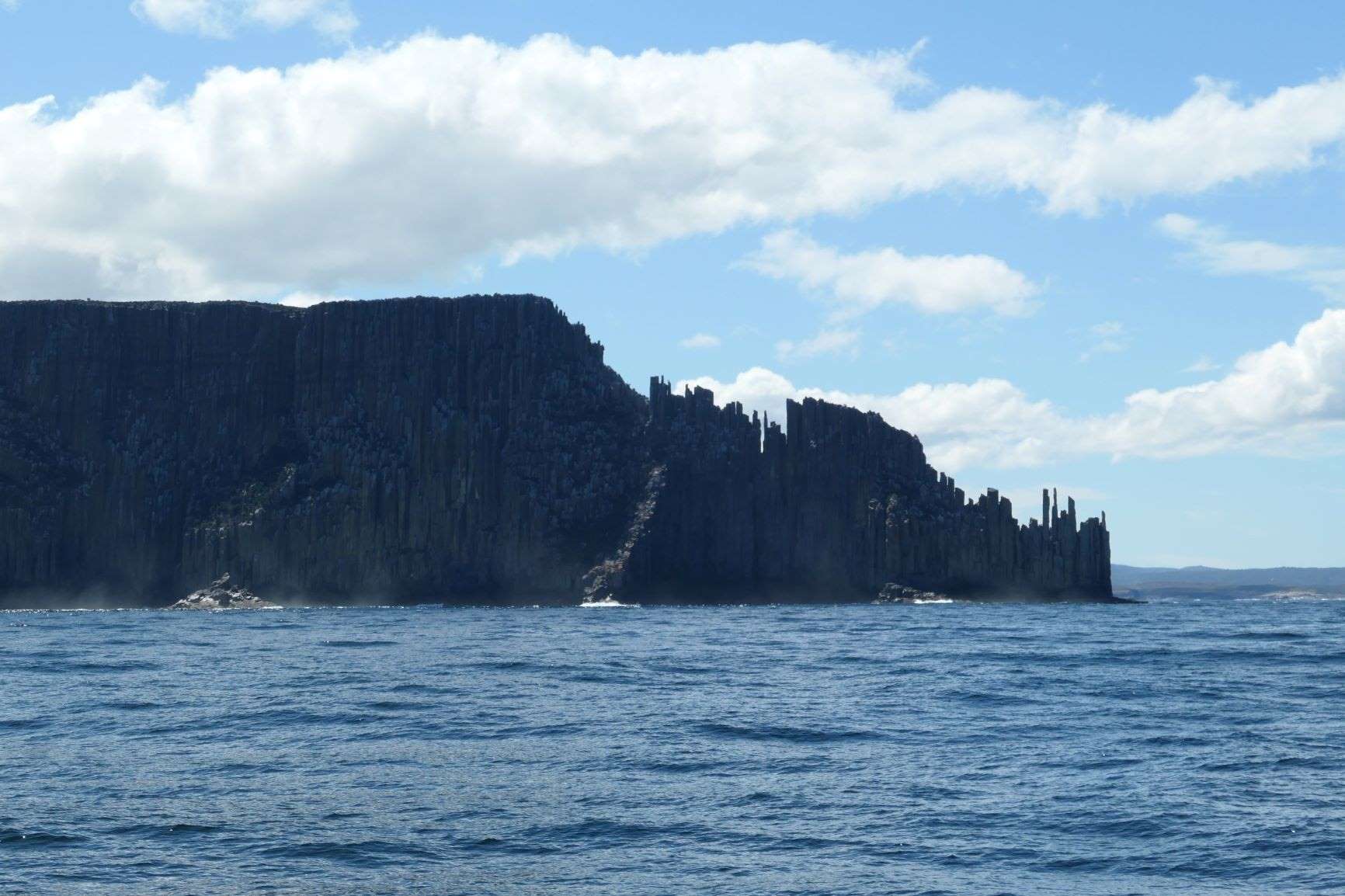 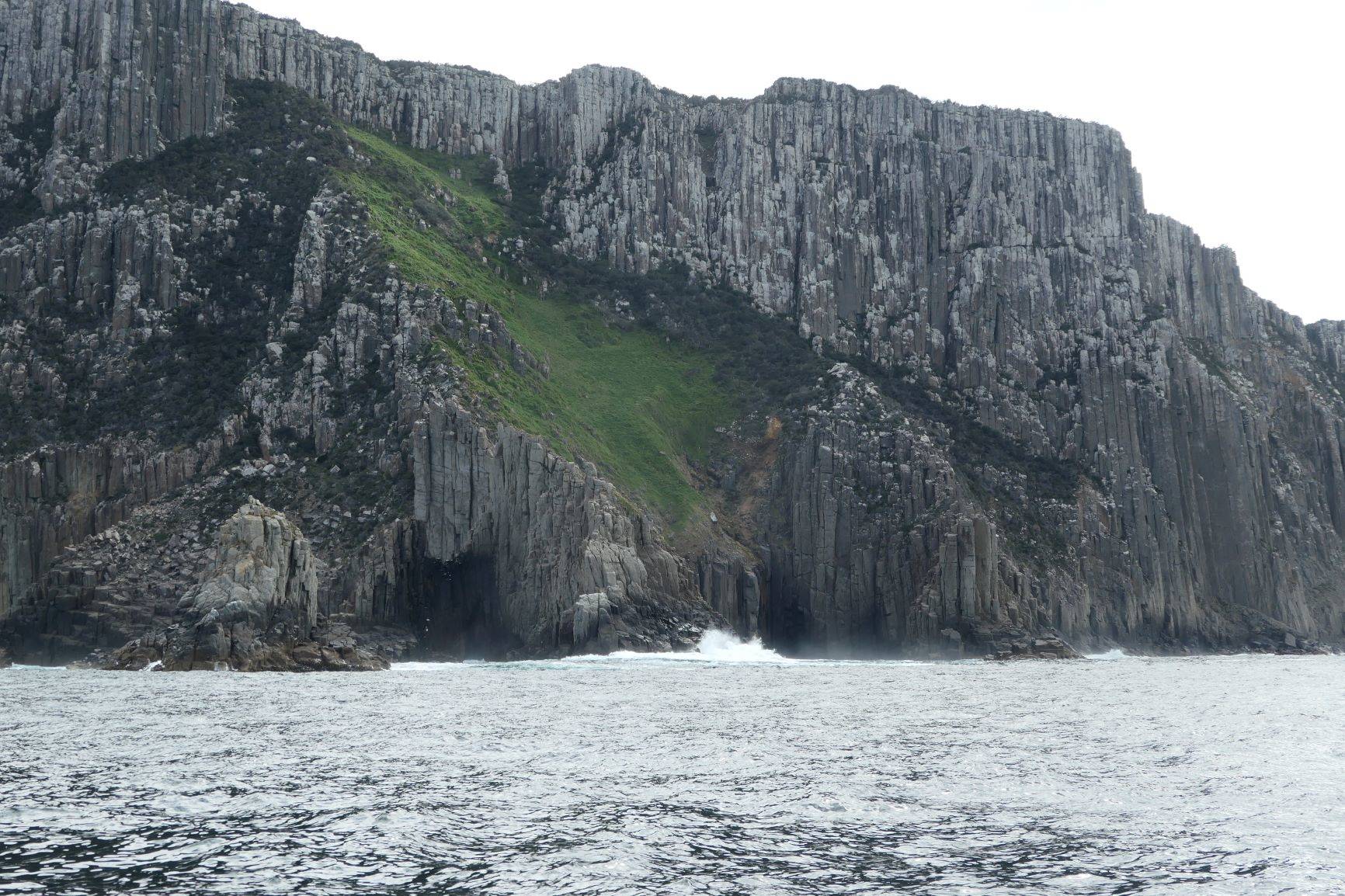 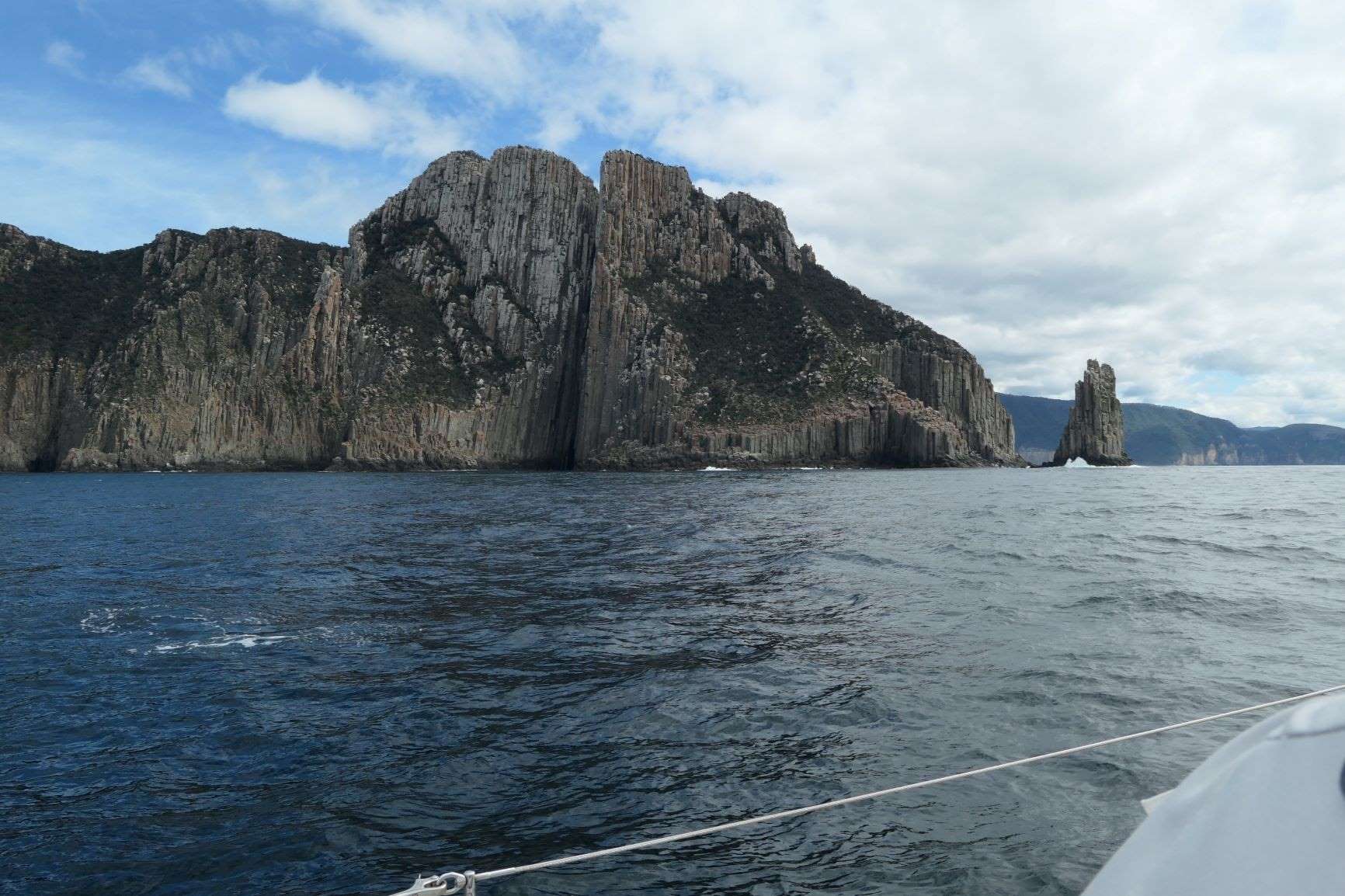 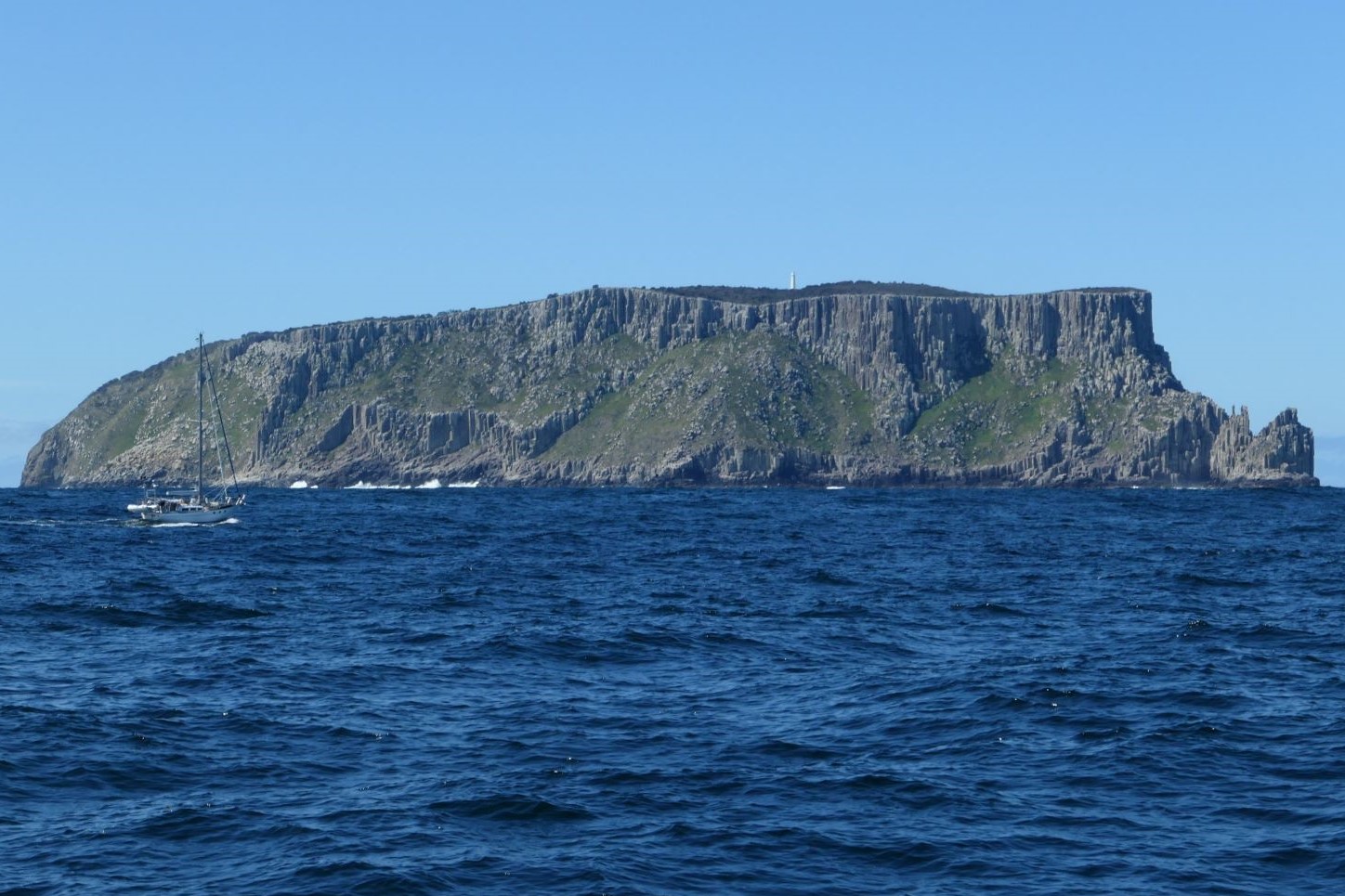 Sheokee in front of Tasman Island

Just as we started to round the outside of Tasman Island we noticed Sheokee had stopped motoring and were raising sails – not sure what that was about, but we continued on.  Soon afterward we were hailed on the VHF – Sheokee was having engine problems and could we stand by?  So we motored slowly around in circles on the eastern side of Tasman Island waiting to see if Sheokee would need our assistance. 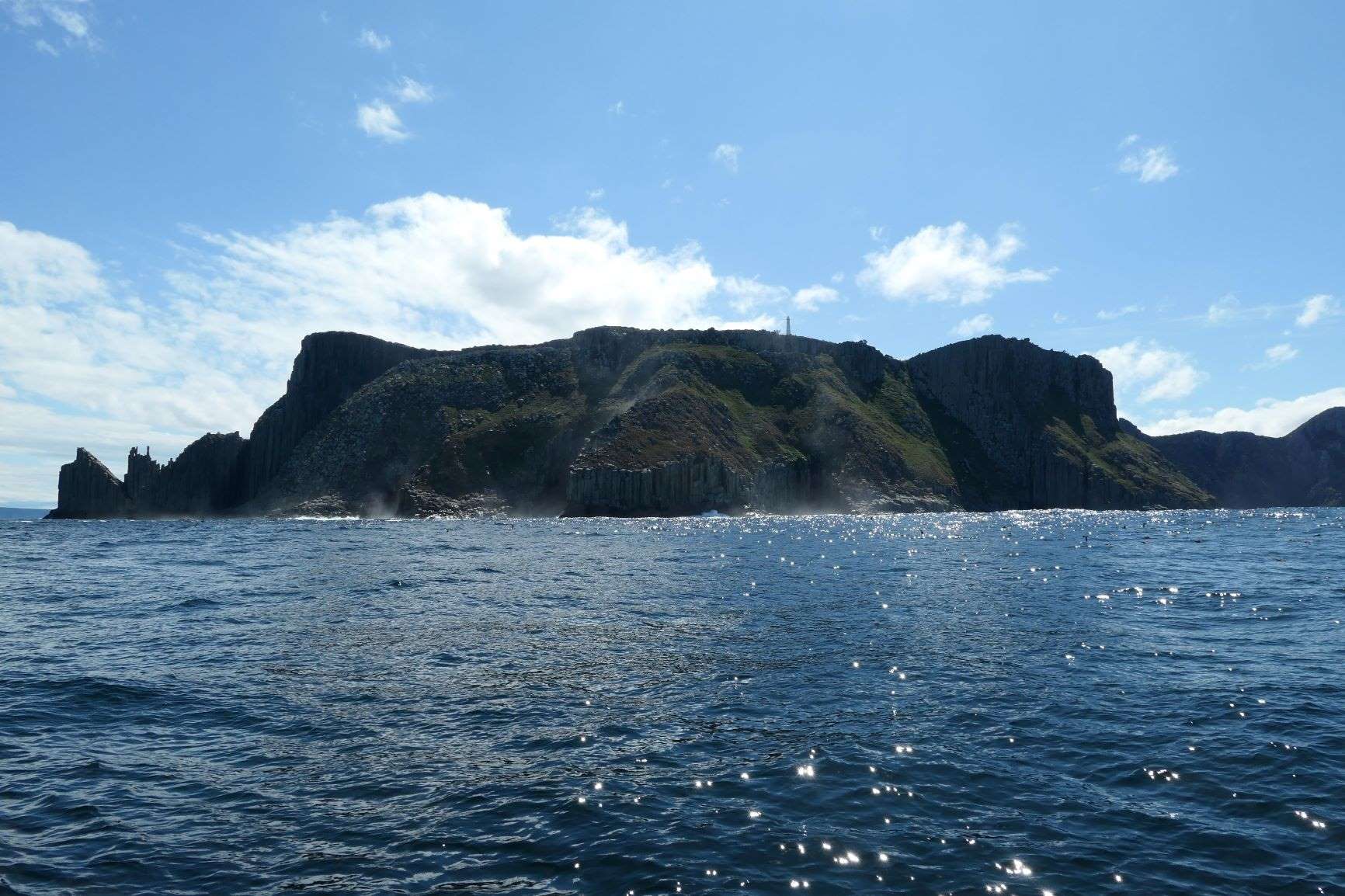 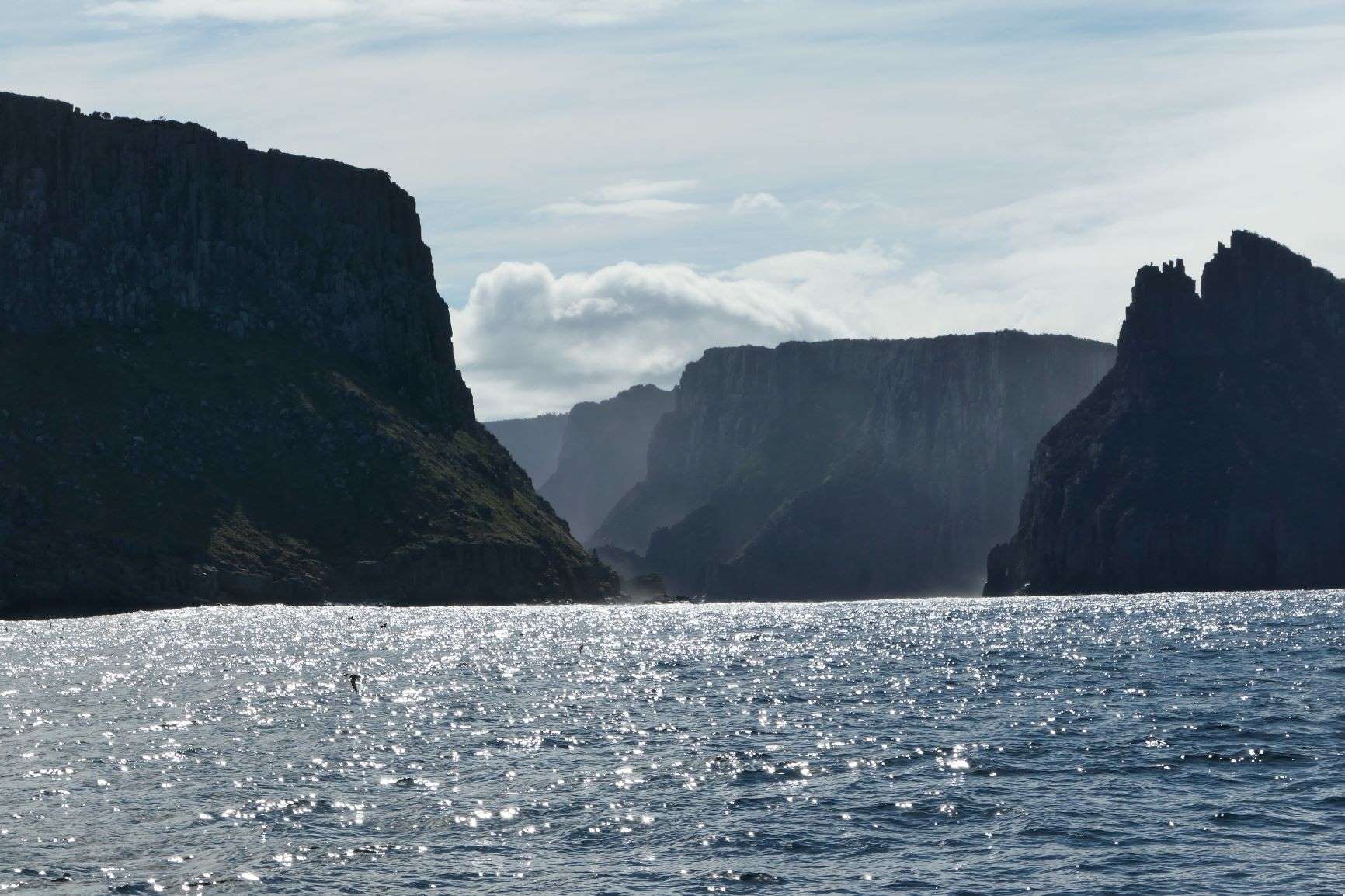 While we were waiting we enjoyed the views of rugged Tasman Island and were rewarded by a pod of whales passing by, slapping tails and blowing.

Sheokee eventually got the motor going, but decided to head to Port Arthur for the night.  We decided to join them and turned back around Tasman Island for a peaceful night moored beside the Port Arthur Historic Site. 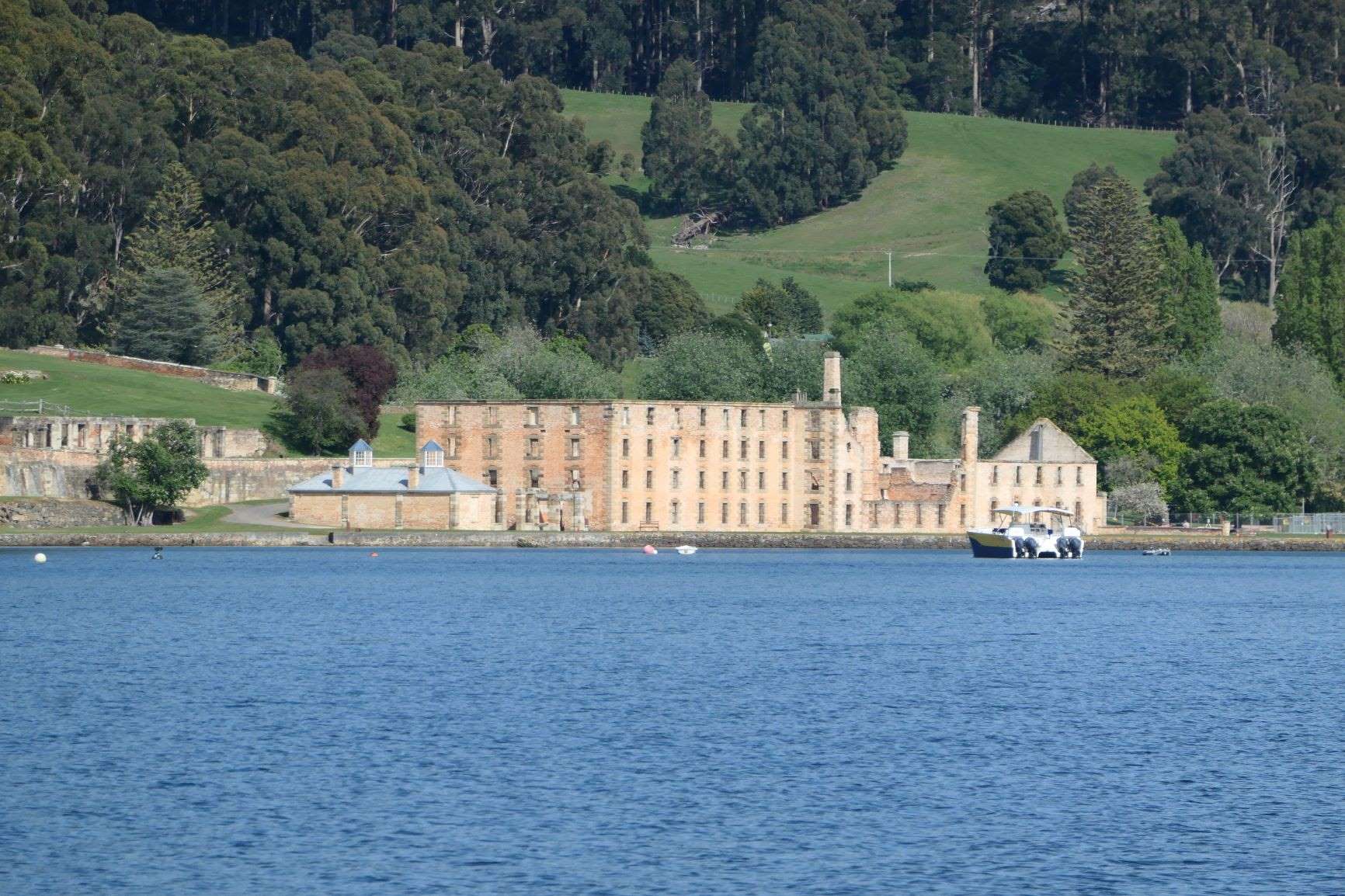 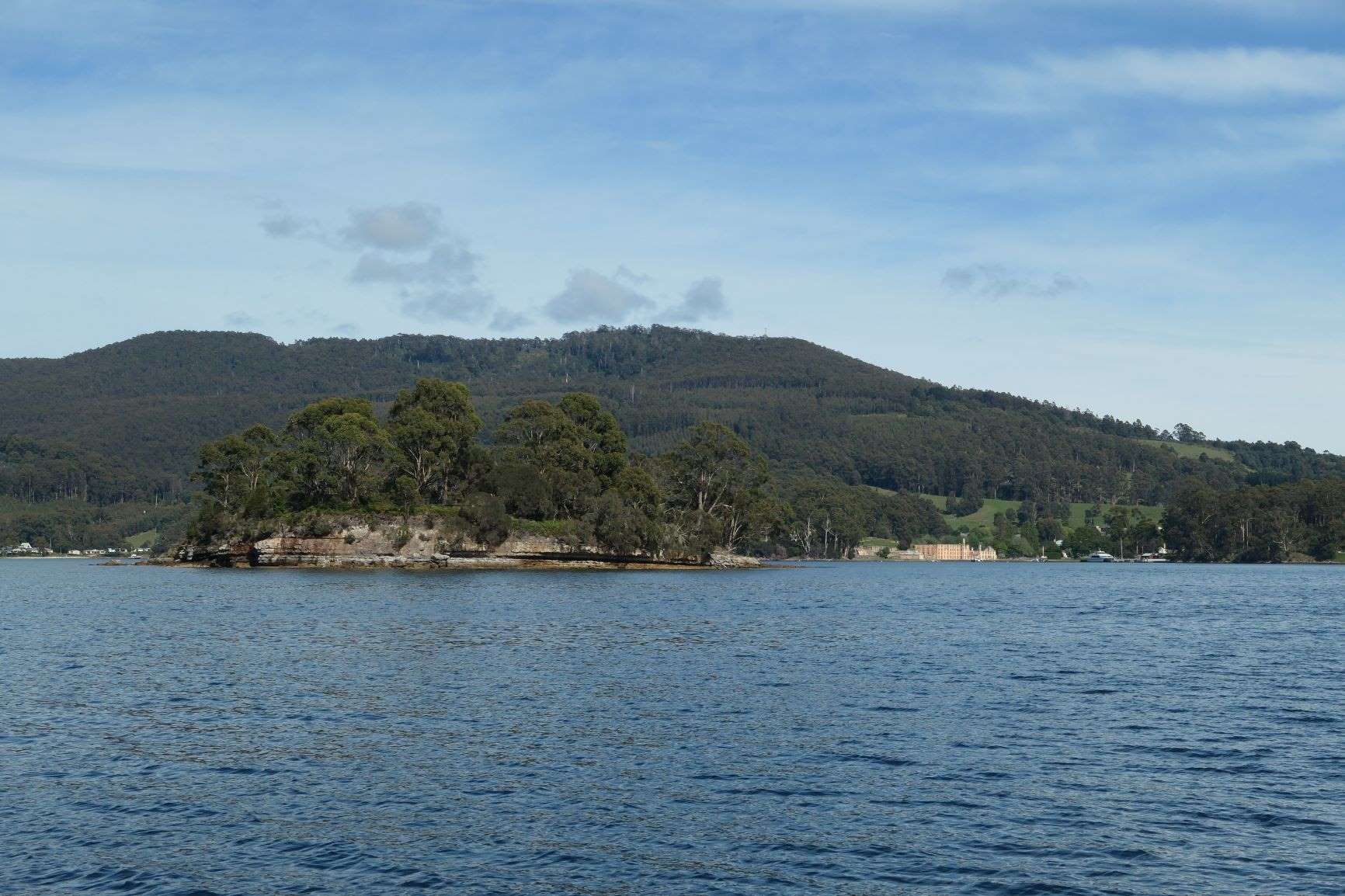 Port Arthur and Isle of the Dead

The next morning Sheokee decided to head for home while we headed east and north, pulled through the gap between the mainland and Tasman Island by a couple of knots of current.  More whale sightings in the distance before we pulled into peaceful, but shallow Canoe Bay and tucked in behind the breakwater wreck. Several hours of fishing only yielded one big flathead and one small squid, but it was enough for dinner. 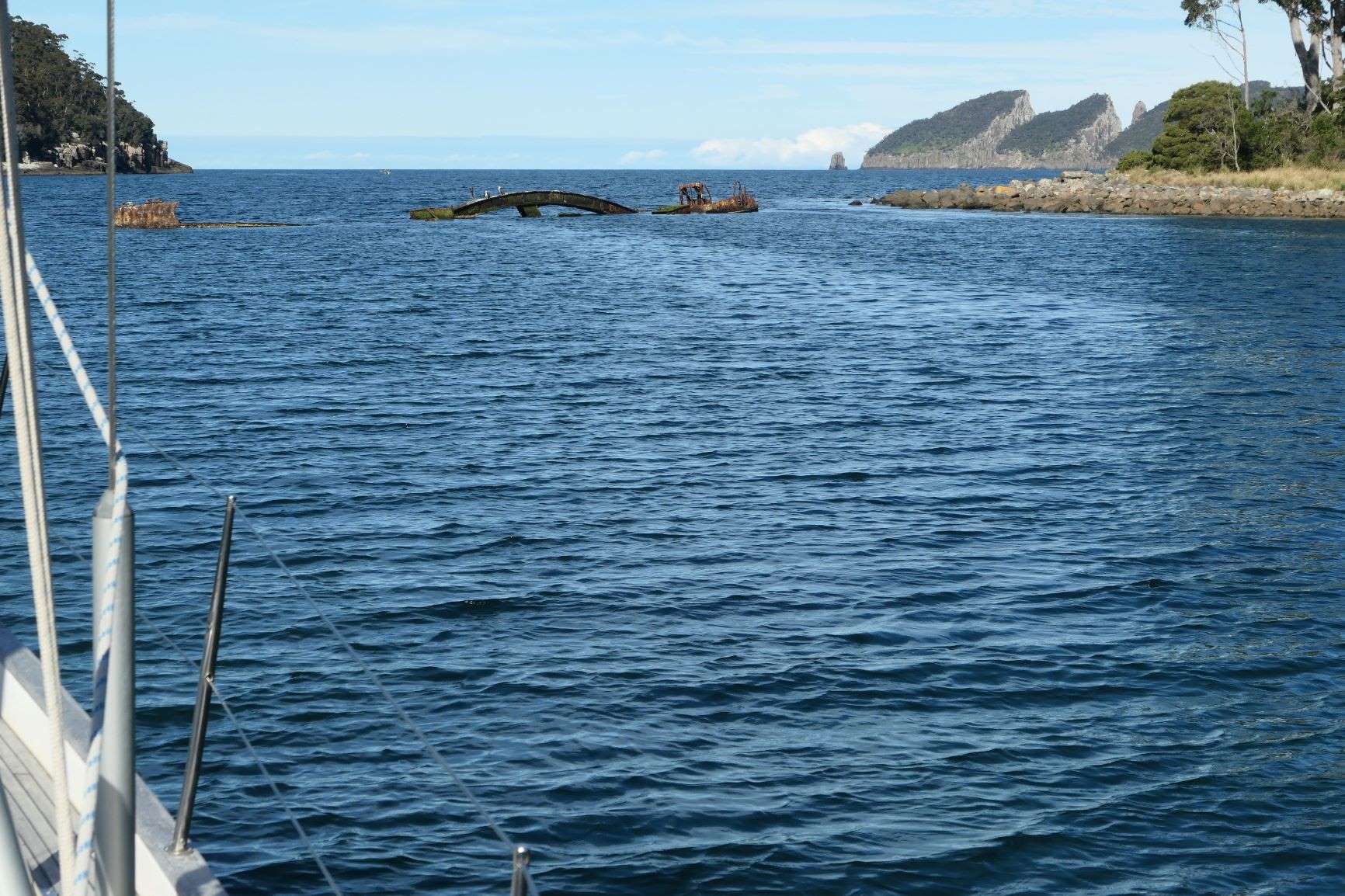 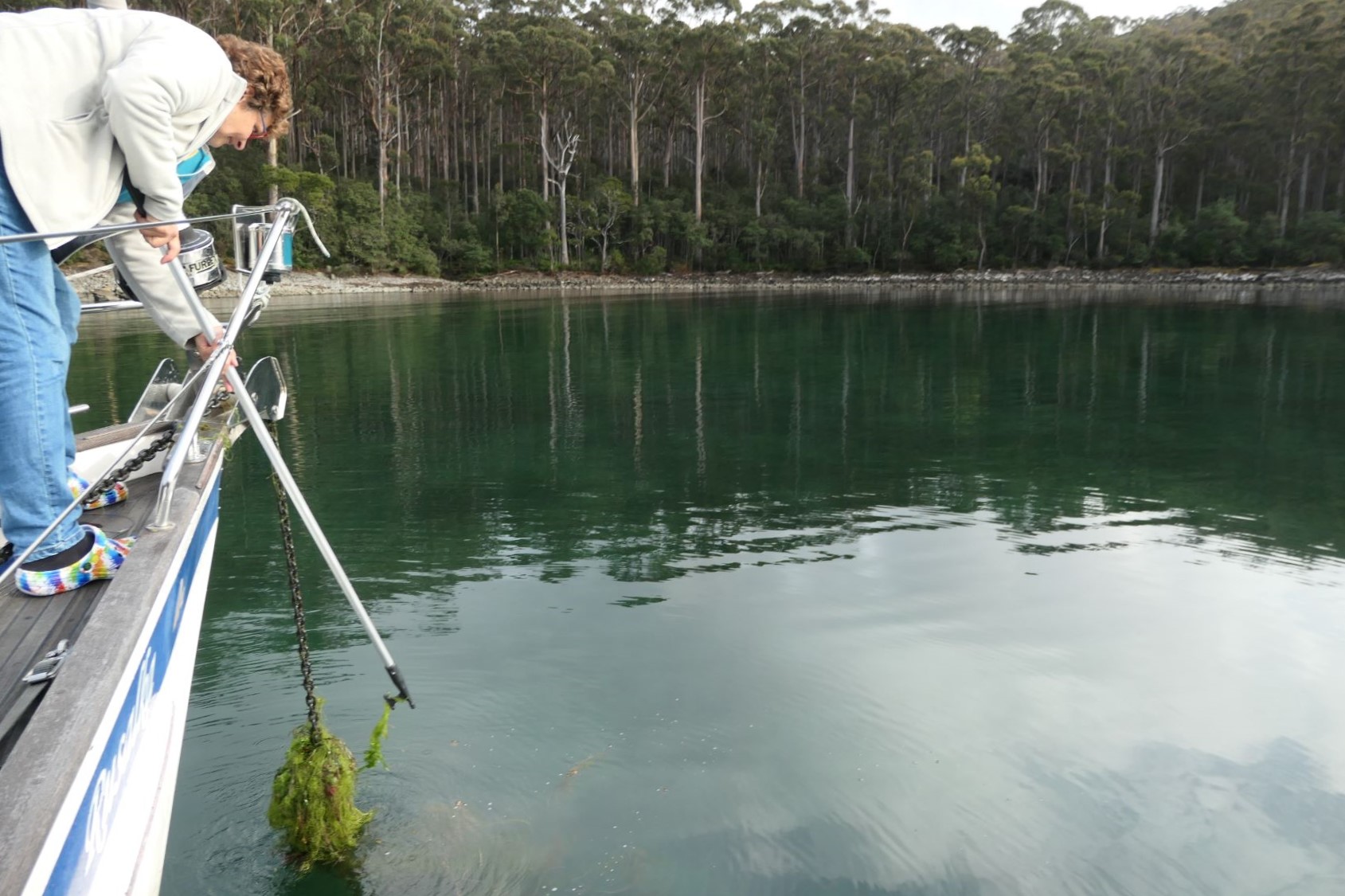 The next morning, after disentangling our chain and anchor from masses of fine seaweed, we motored northward.  Still too calm to sail, but great for whale watching.  We saw many spouts out to sea near the horizon and came close to a few humpbacks that ignored us as they made their way southward. 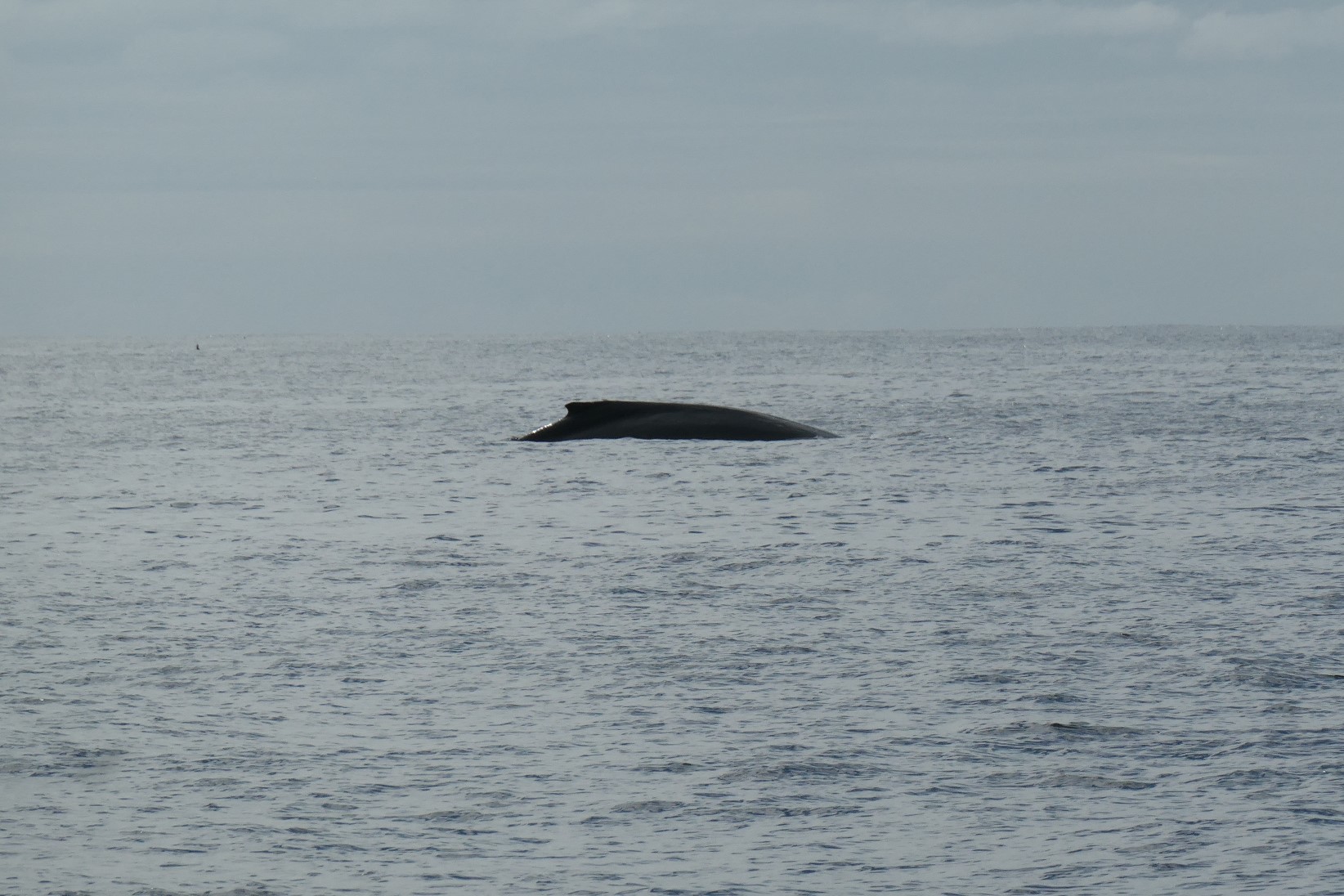 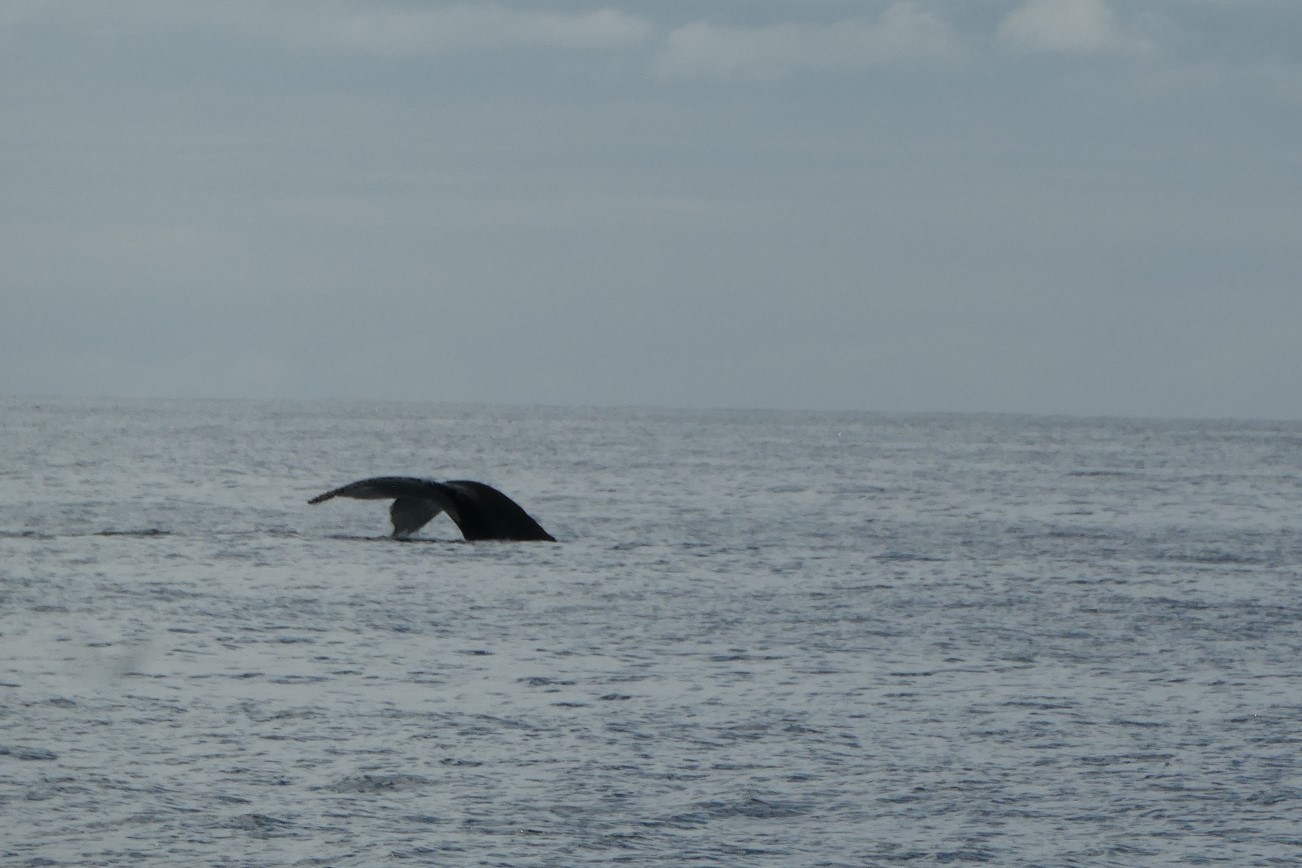 We arrived at Shoal Bay, Maria Island just after lunch, to catch up with friends on Cachalot of Hobart.  First job was to inflate our brand new Takacat dinghy and see if she floats – yep, a lightweight, fully inflatable alternative to our heavy Caribe dinghy! 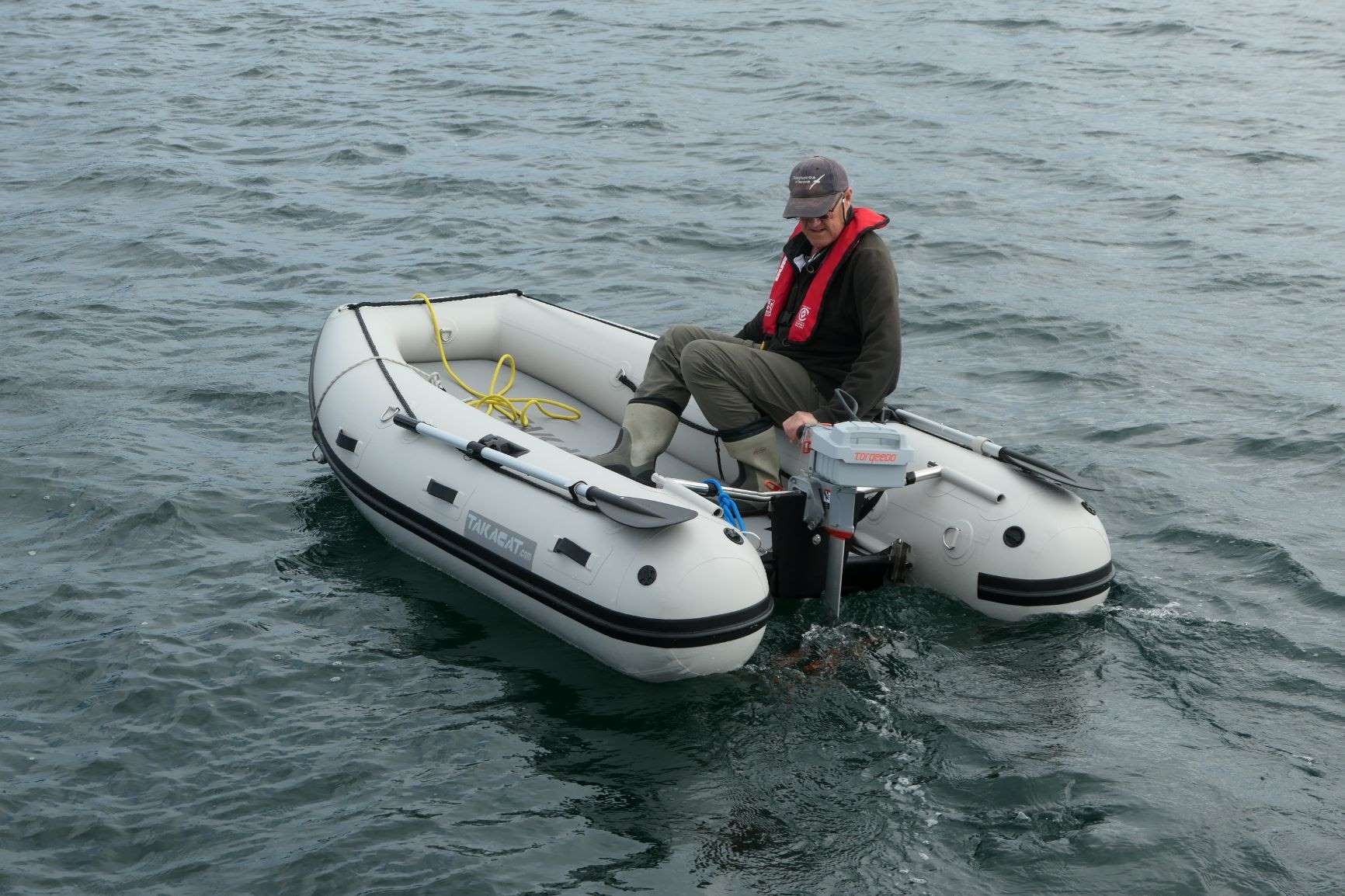 The next morning, while polishing the blue stripe on our cabin top, I noticed a pod of dolphins heading into the bay, spread out in a fishing pattern, herding the fish right past us and into the shallows. 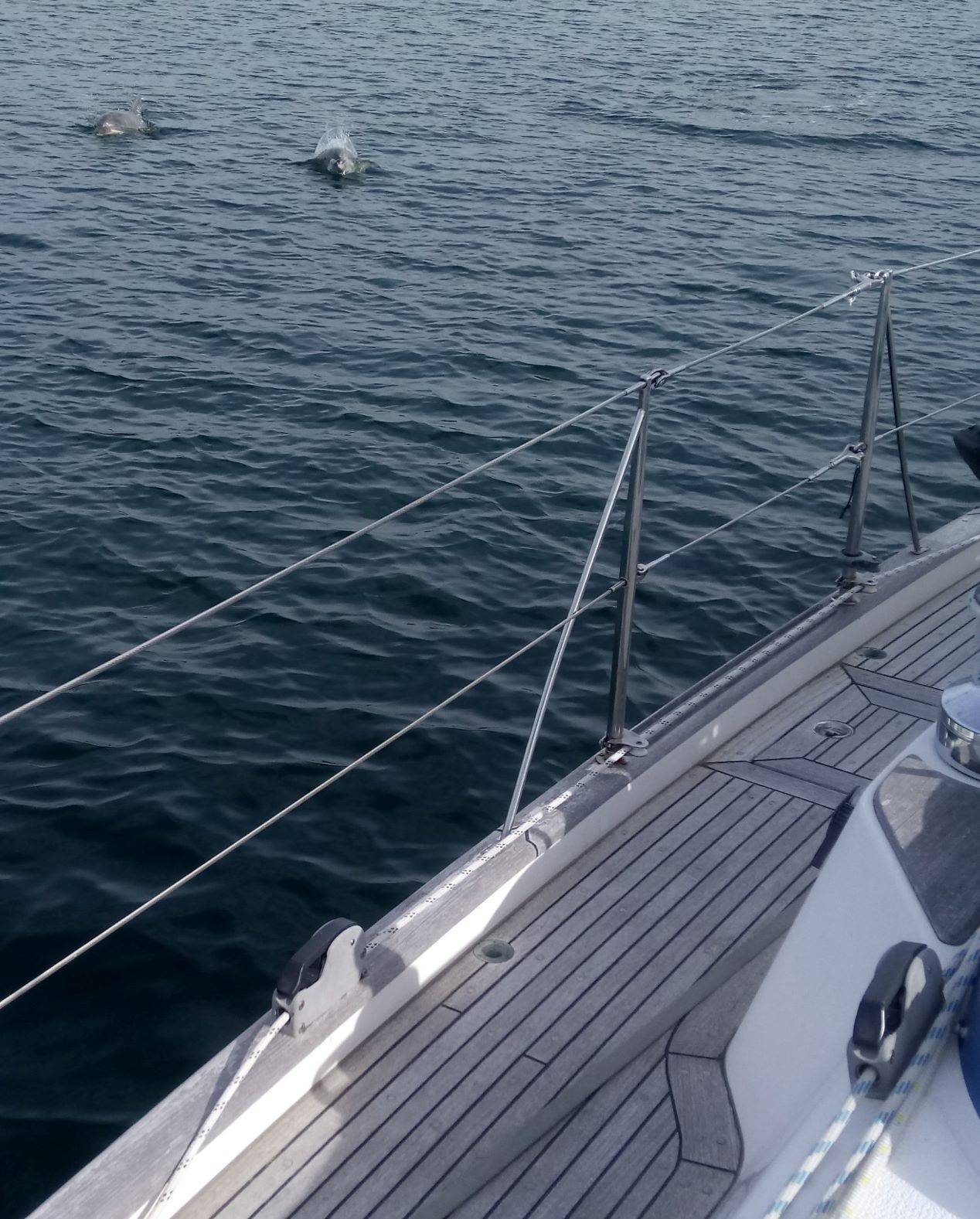 With the forecast of a southerly change overnight we opted to head for our favourite bolt hole at Orford to ride out a couple of days of wind. After a walk ashore to buy the Saturday papers, I put out the squid jig and nabbed two calamari – one was a wopper!  Salt & pepper squid one night, squid on black pudding the next night and still half a squid in the freezer! 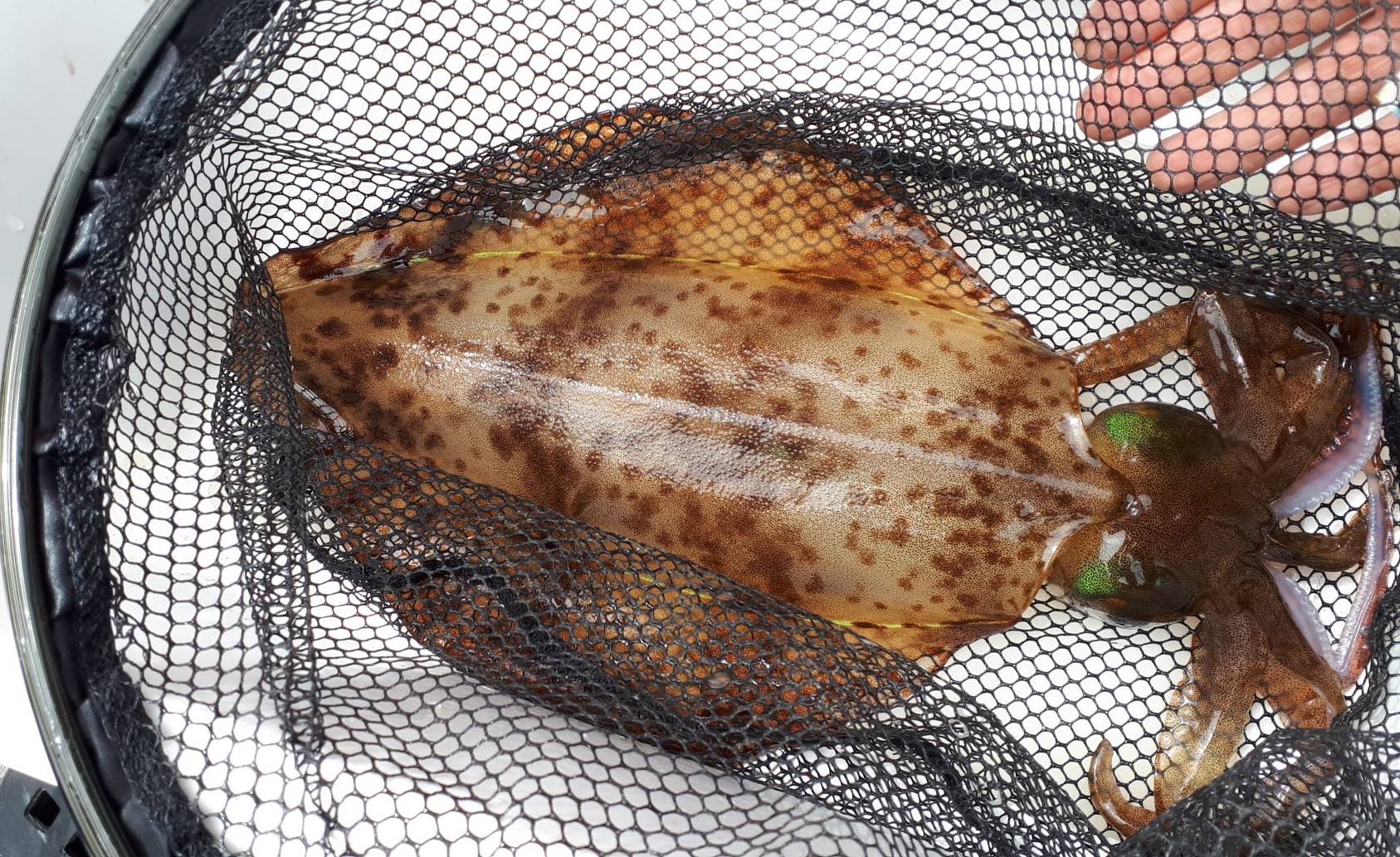 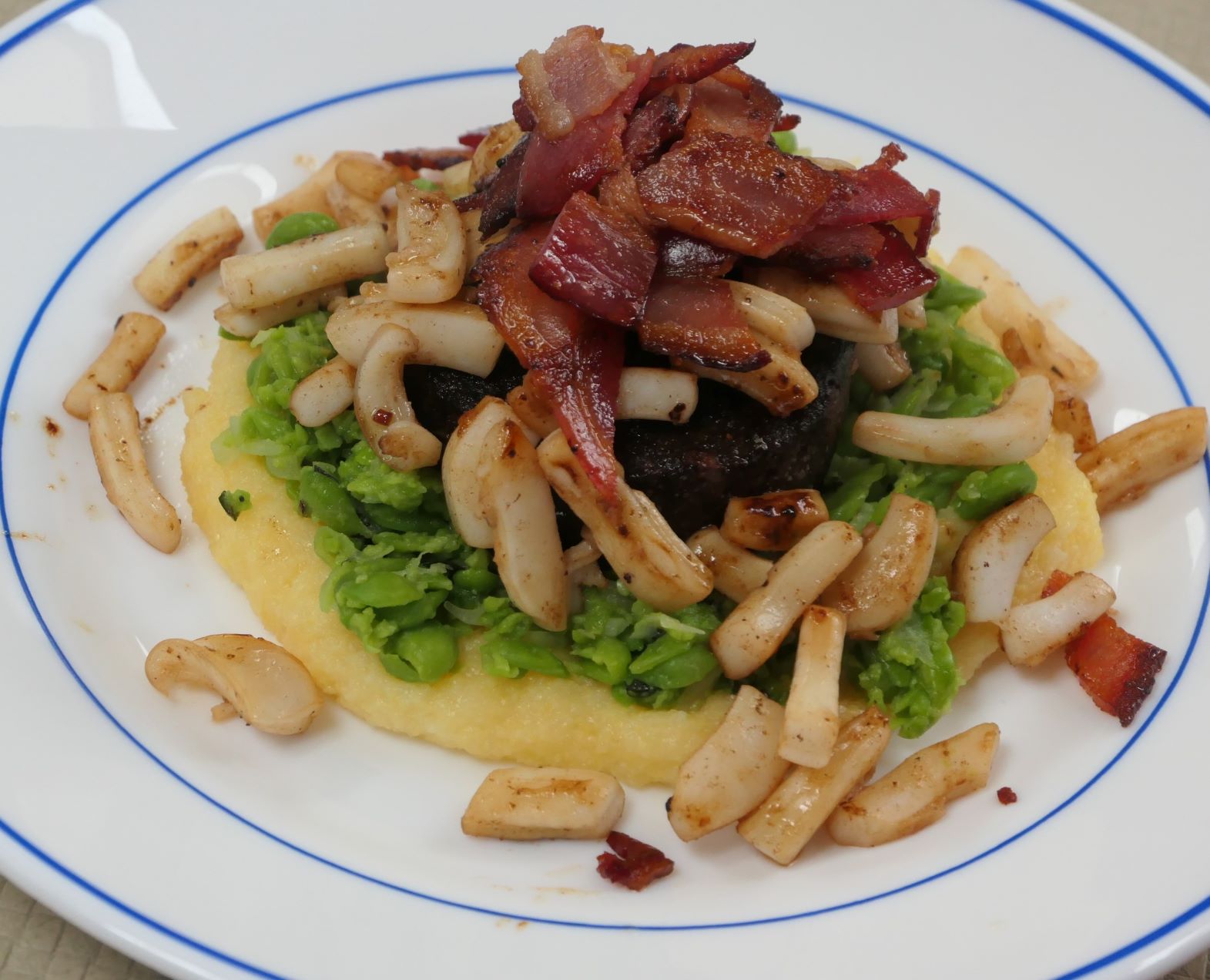 The next day we sailed up to Schouten Island, using the new Hydrovane wind steering the whole way.  It was a bit tedious at first, with fickle winds, but once clear of land we had a great run north, with more whale sightings on the way.

We caught up with Cachalot of Hobart again at Schouten and enjoyed drinks aboard each other’s yachts over the next couple of days.  We went for a walk on the island and it was great to see some of the improvements that Parks and Wildlife have made since we were last volunteer caretakers there (almost 10 yrs ago!).  There was another boat in the bay with us – L’Envol.  This tiny boat (25ft) has sailed from France around Cape Horn to Australia.  Quite an amazing couple! 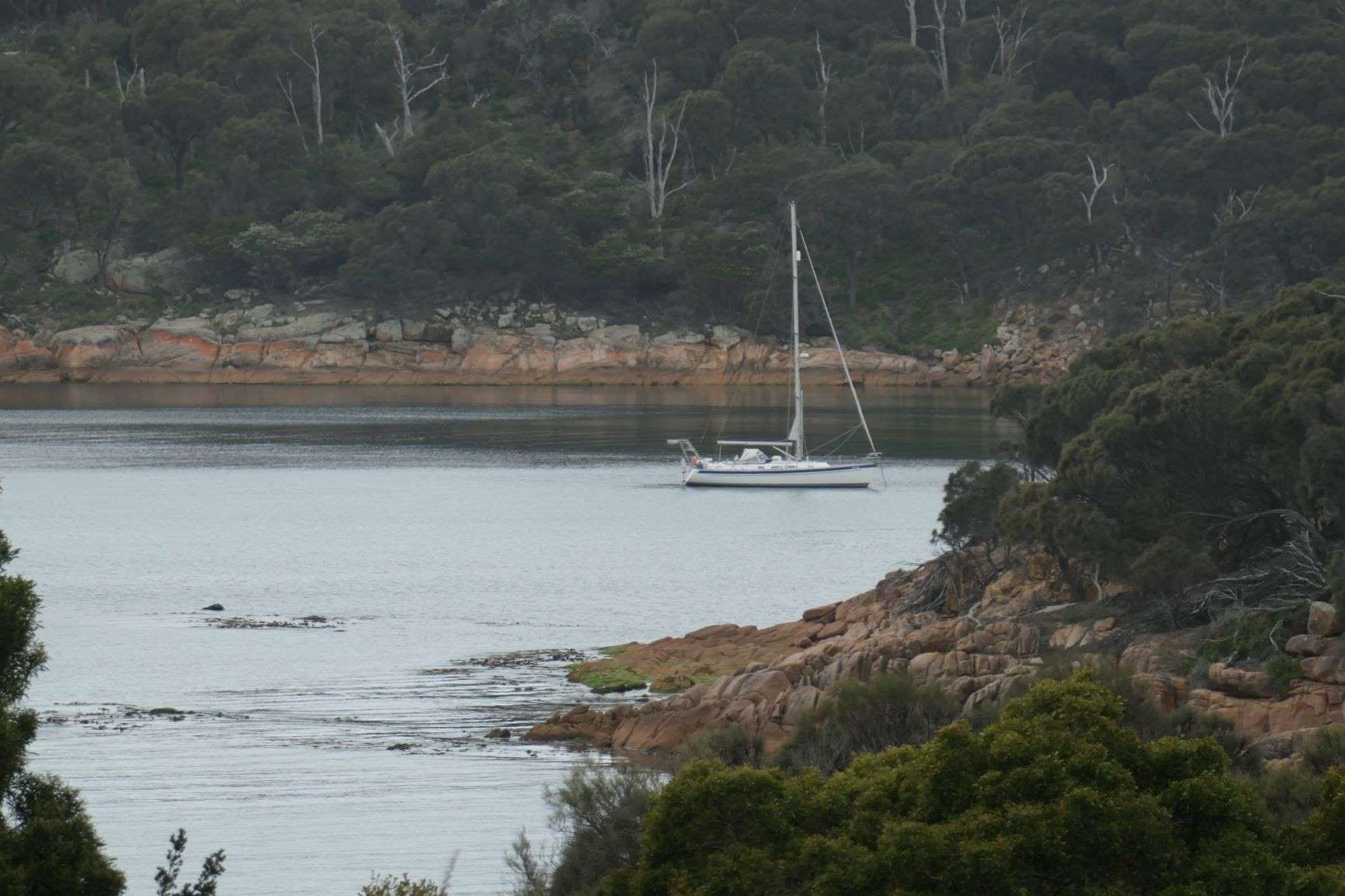 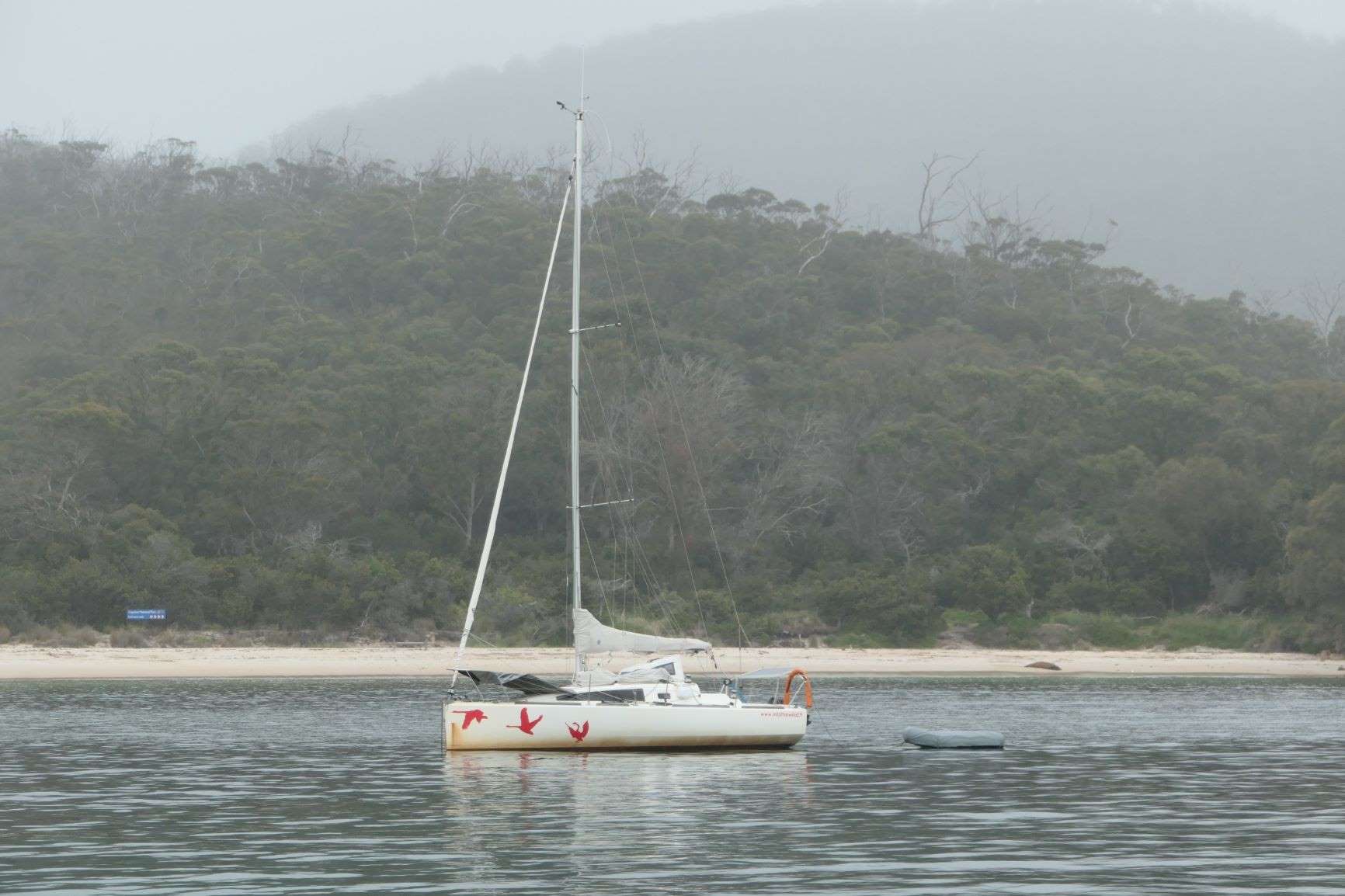 After a couple of damp, but pleasant days it was time to head for home.  One last day at Maria Island, when the sun made it feel as though summer may well be on its way, and then back through the canal to Norfolk Bay. 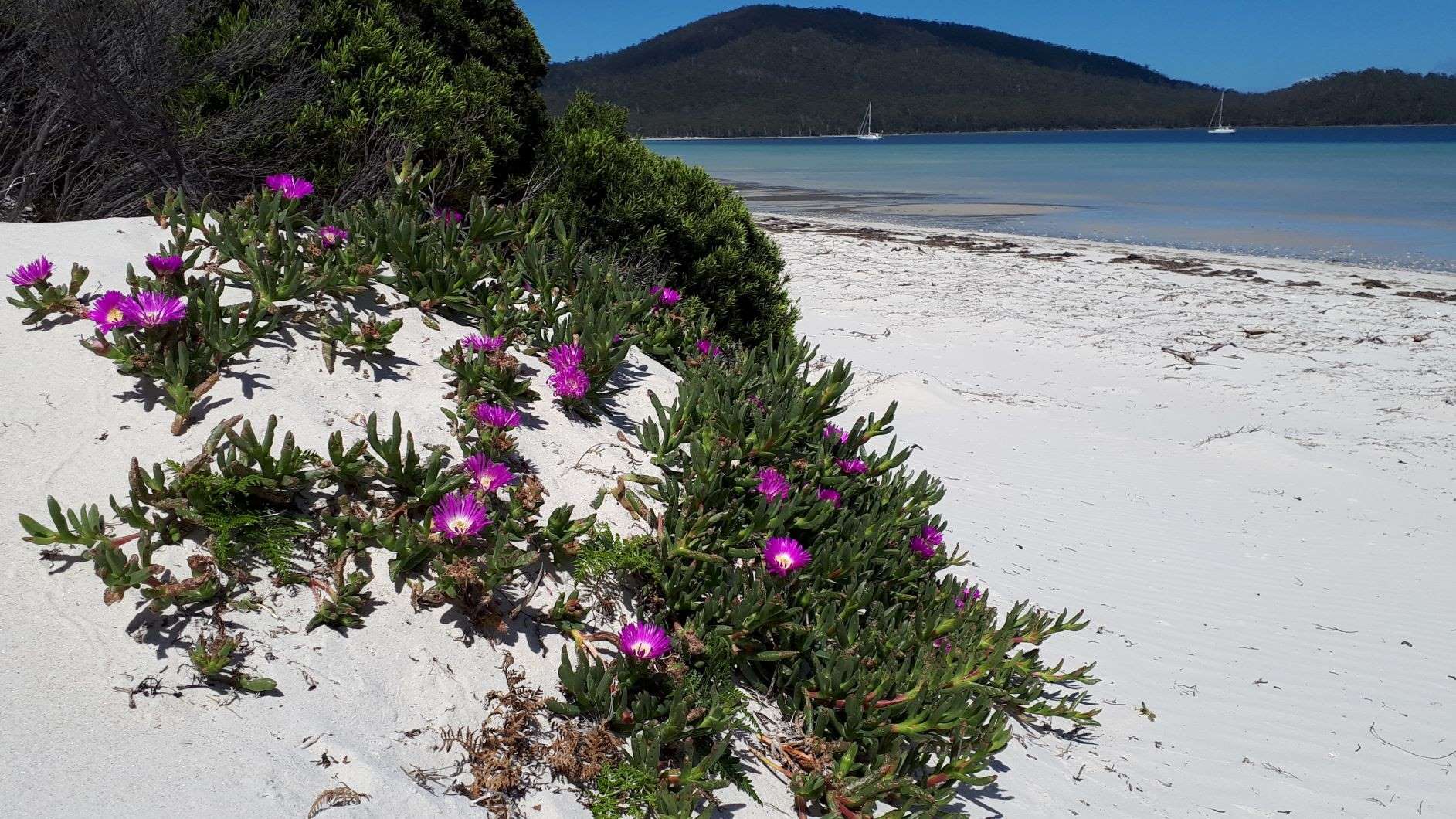 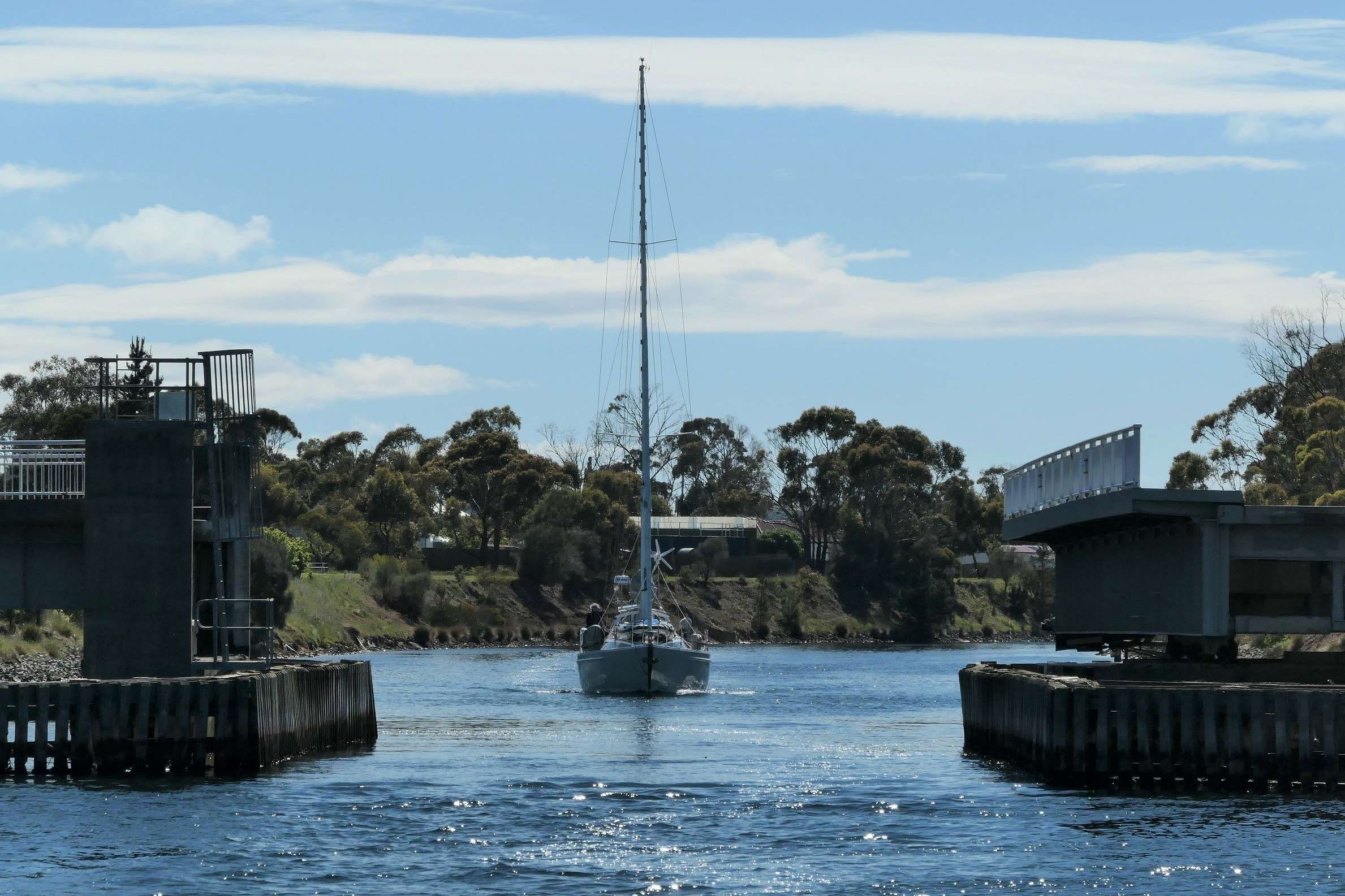 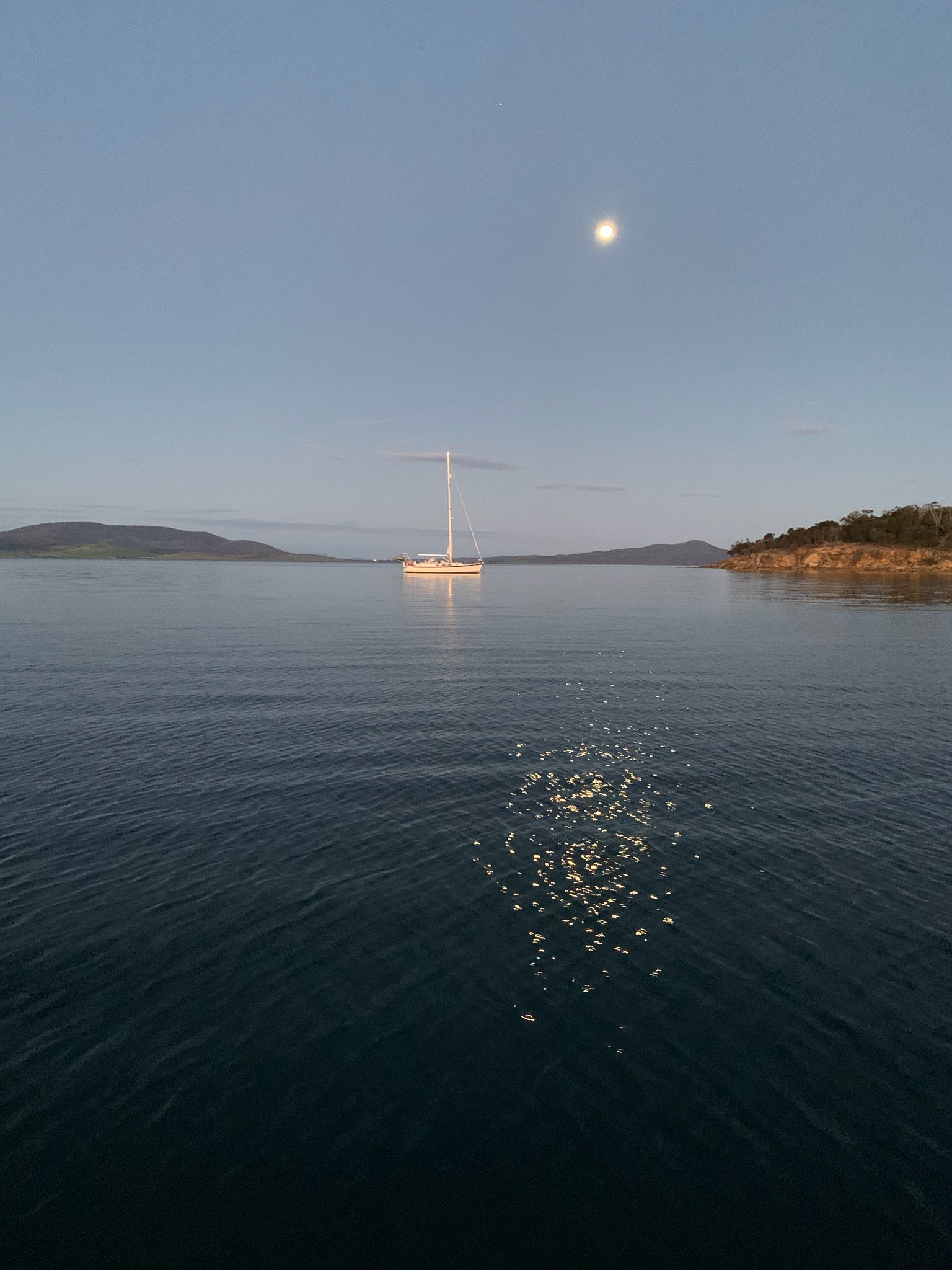 Relaxing at Lime Bay on our last evening out.