Back in the Channel

On Saturday morning we headed toward the Dennison Canal, accompanied by a joyous mob of dolphins. 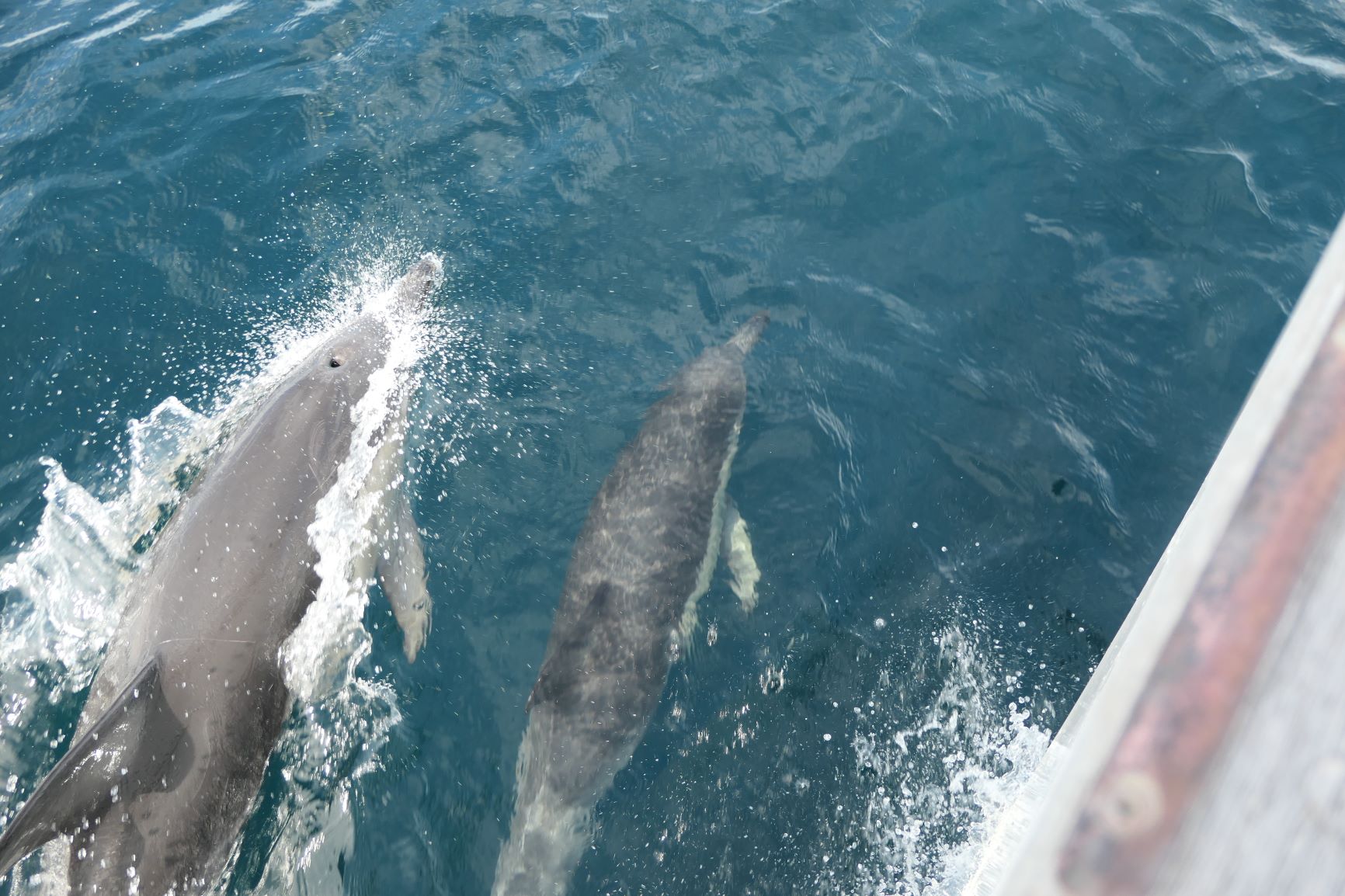 We managed to squeak through the shallow bits of the Narrows and canal leads, confirming that if the tide is at least 0.9m high then there is enough water for us.  We headed straight to Murdunna to pick up the Saturday papers (Alex misses all his news sources, even though he reads several papers on line).  There’s a new floating pontoon at Murdunna that makes landing the dinghy a breeze – next time we’ll see if there’s enough depth to bring Rusalka straight to the pontoon for a quick run for the papers.

It was a hot afternoon and we were hanging out for a swim followed by a beer.  As we turned the corner into Sommers Bay we saw a few kayakers and paddleboarders moving about the bay.  The objects of their interest turned out to be a half-dozen dolphins swimming lazily around the bay.  We quickly got the anchor settled, put on our togs and jumped into the cool (19oC) water, but the dolphins were gone.  It was still a refreshing swim.

After dinner we debated our plans for the rest of the trip.  I think that the weather finally got to us – yet another blow forecast for Norfolk Bay, with another 180o wind shift overnight! 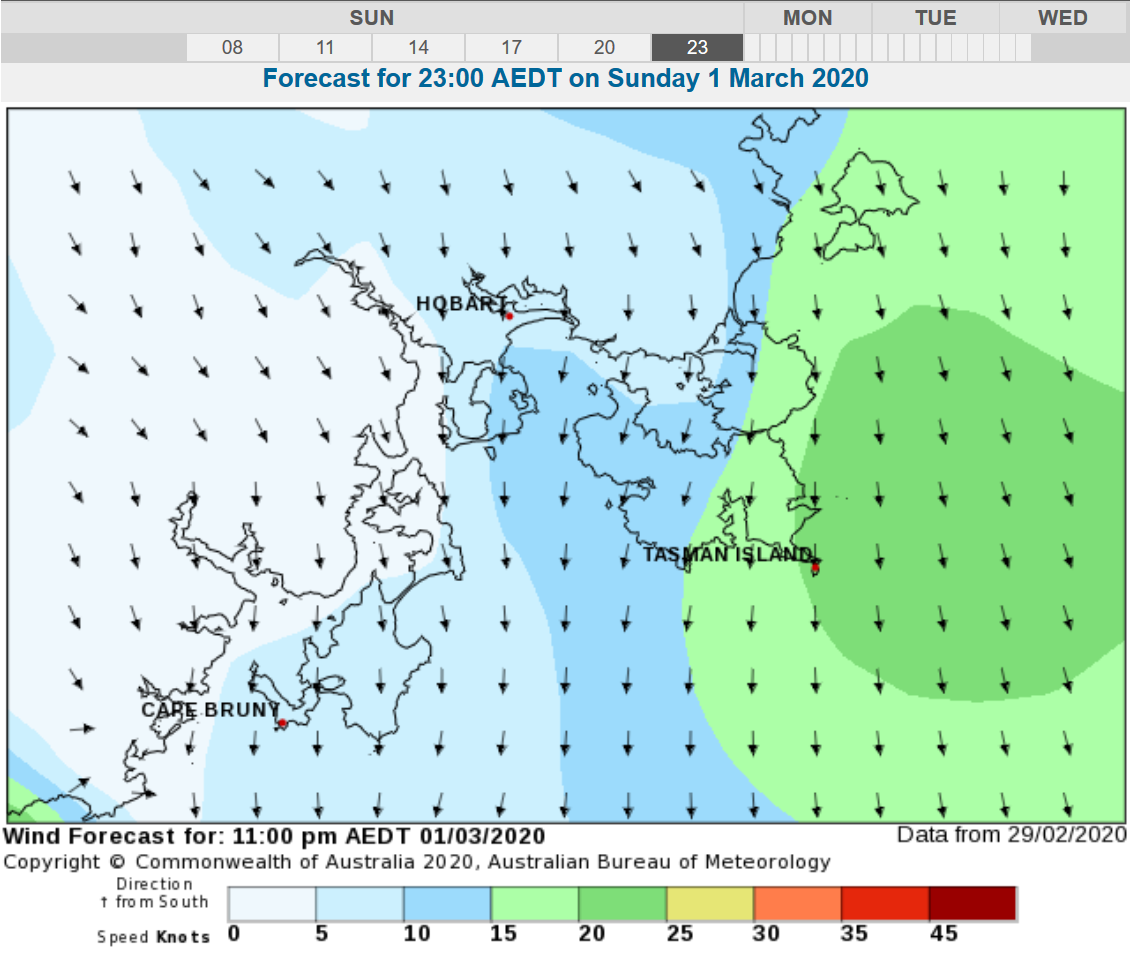 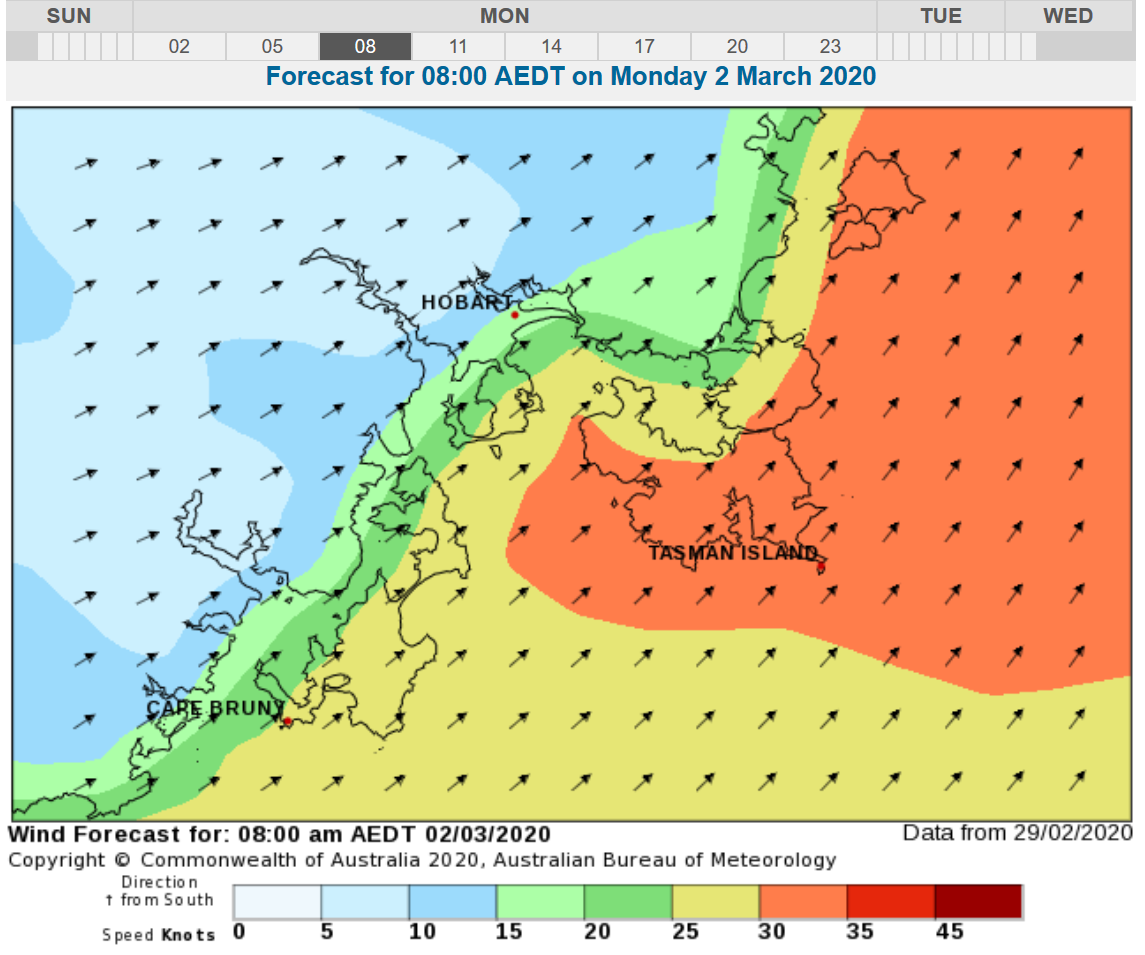 The forecast wasn’t very attractive for staying in Norfolk Bay, but I did want to visit Callum’s Beach, near Premaydena, to pick up some rocks for painting.  Sunday was glorious, so we were up early and down to the beach for a quick stop before heading across a swell-y Fredrick Henry Bay. 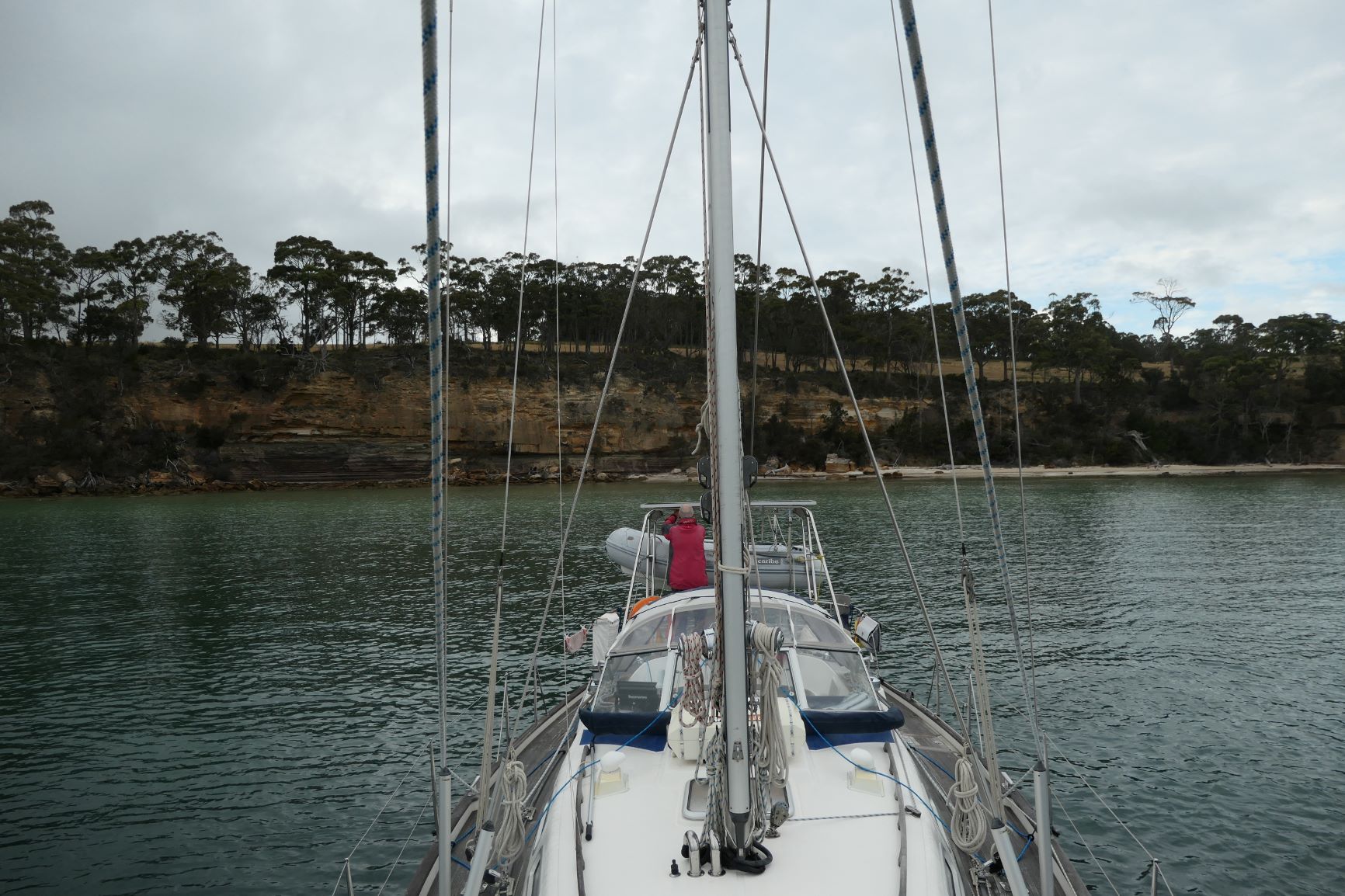 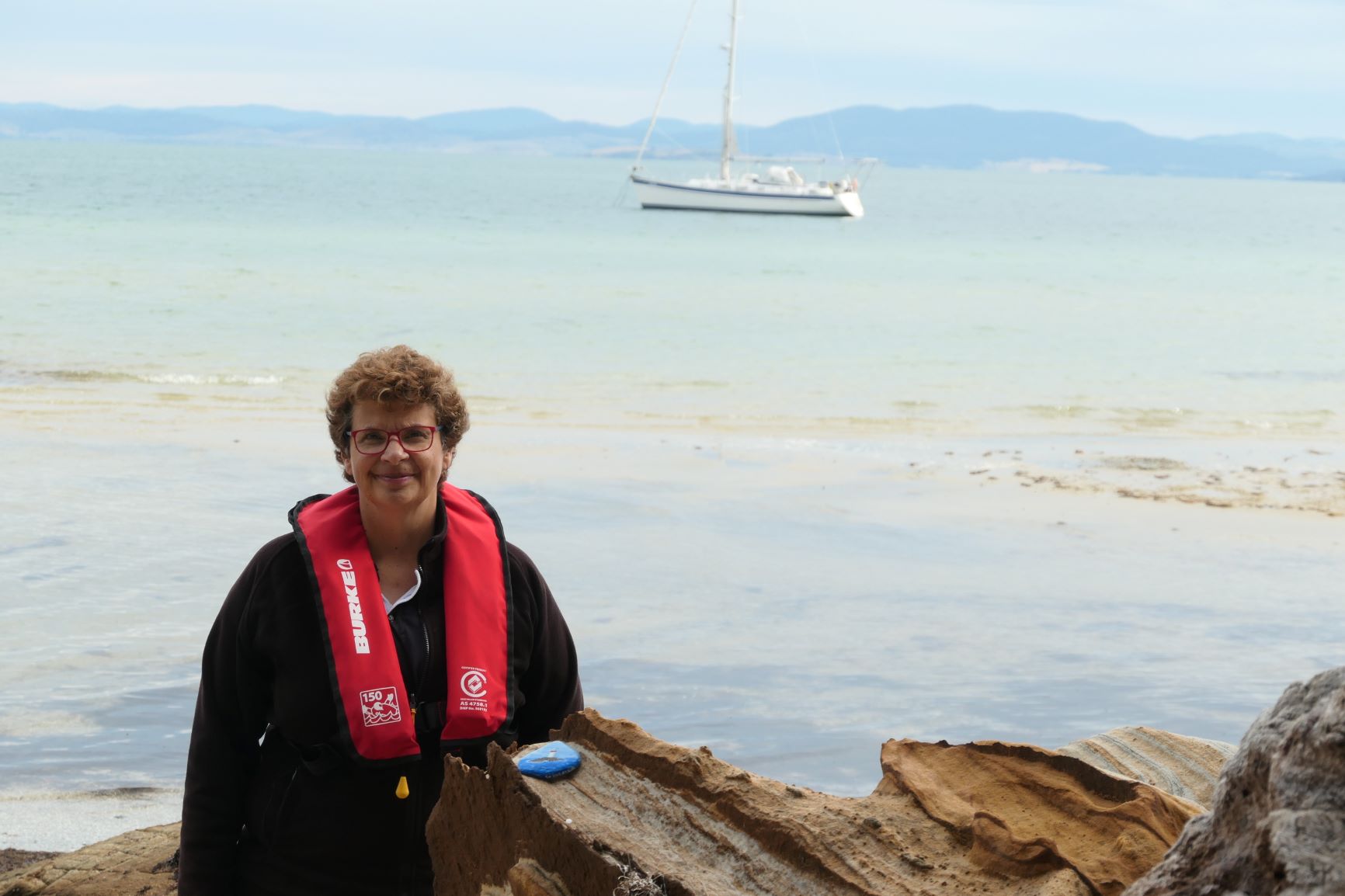 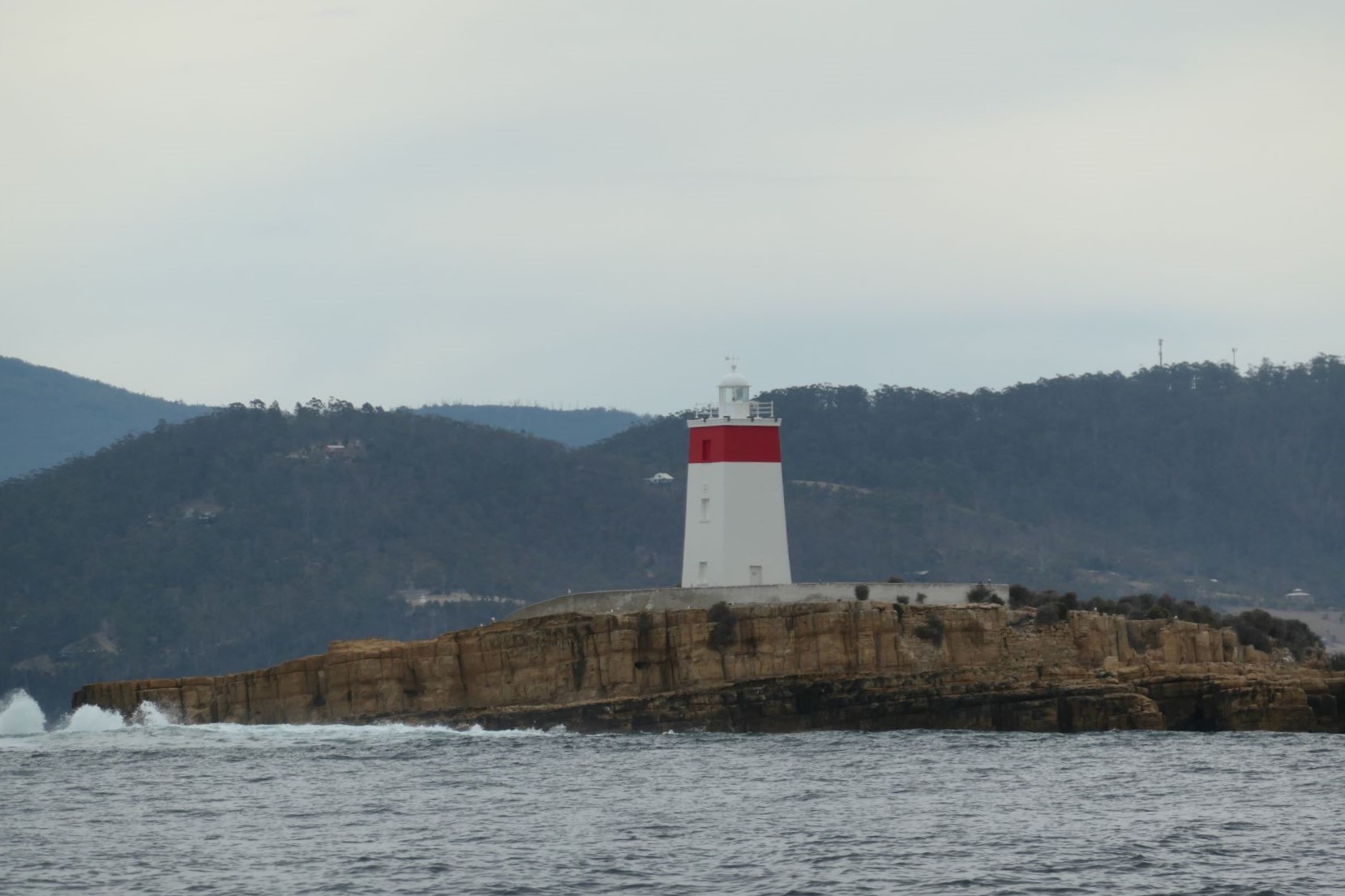 We’re not quite ready to go back to the marina, and so decided to head for our favourite bolt hole in Barnes Bay to sit out the blow for a day or two and reflect on our trip.

It wasn’t quite the trip we had planned, but we did travel 668nm over 31 days and enjoyed some new cruising experiences, including the trip up the Tamar (sitting in the mud over 8 consecutive low tides!) and nine new to us anchorages.  While we did a fair bit of motor-sailing, we also had a couple of memorable sails, including the overnight passage from Banks Strait to Freycinet with 25+kts behind us (which Alex REALLY ENJOYED!!!!)

So I’ll close out the blog for this trip.  I hope you’ve enjoyed sharing it with us.  Stay tuned for future sailing adventures.

One last picture:  I caught a Jack Mackerel, which I foolishly let Alex cook in the galley.  It stank the whole boat up, so I made him go out in the cockpit with the mosquitos to eat it!  He reports that it was delicious! 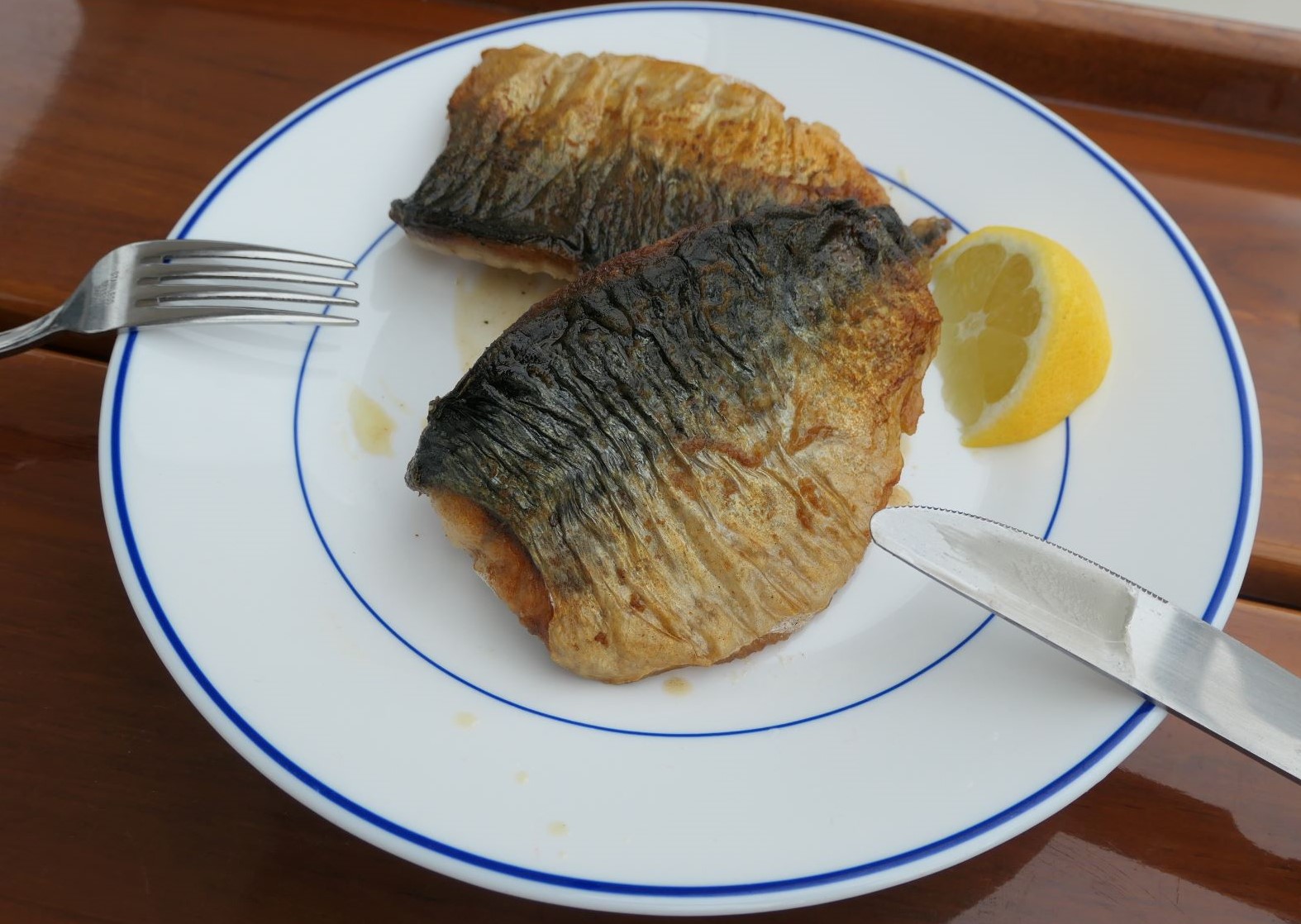