The trip back down the Tamar was just as picturesque as the trip up, with the bonus of a light tailwind.

We spent the night in Spring Bay, just south of the Batman bridge, where we saw a blue and yellow buoy with what looked like a vertical blue stripe.  Anyone remember what this means?  Mr Yachmaster picked it right away as a temporary wreck (but without a topmark). Yup, that’s what the IALA buoyage system says it should be.  But as we got closer, it revealed its true identity: a club race buoy! 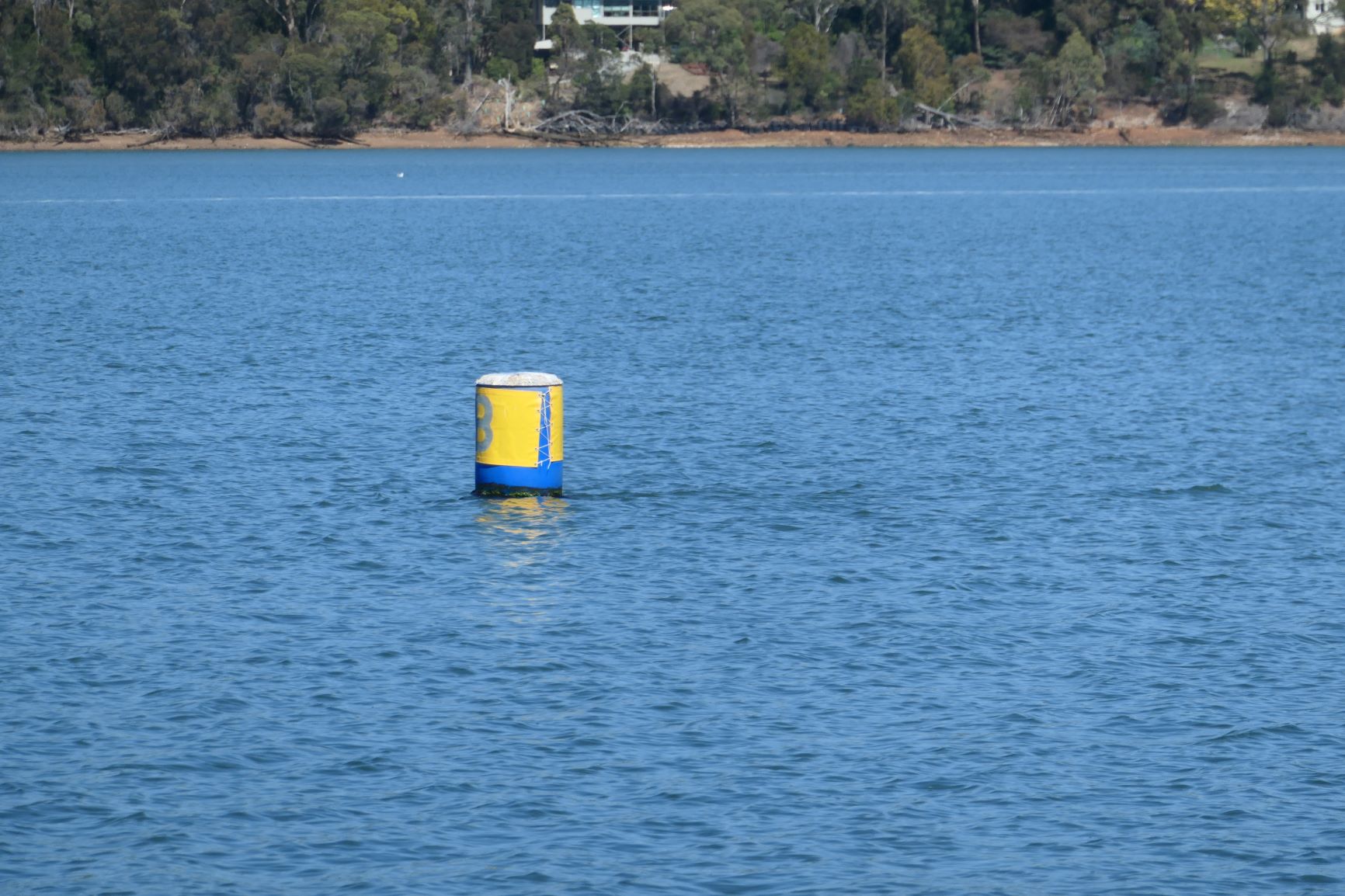 We spent the next couple of nights at Beauty Point. Ron Chandler, the legendary bosun at TYC, came out in his inflatable (named the “Ron Chandler”) to escort us into the berth and tie up our lines.  Delightful service! 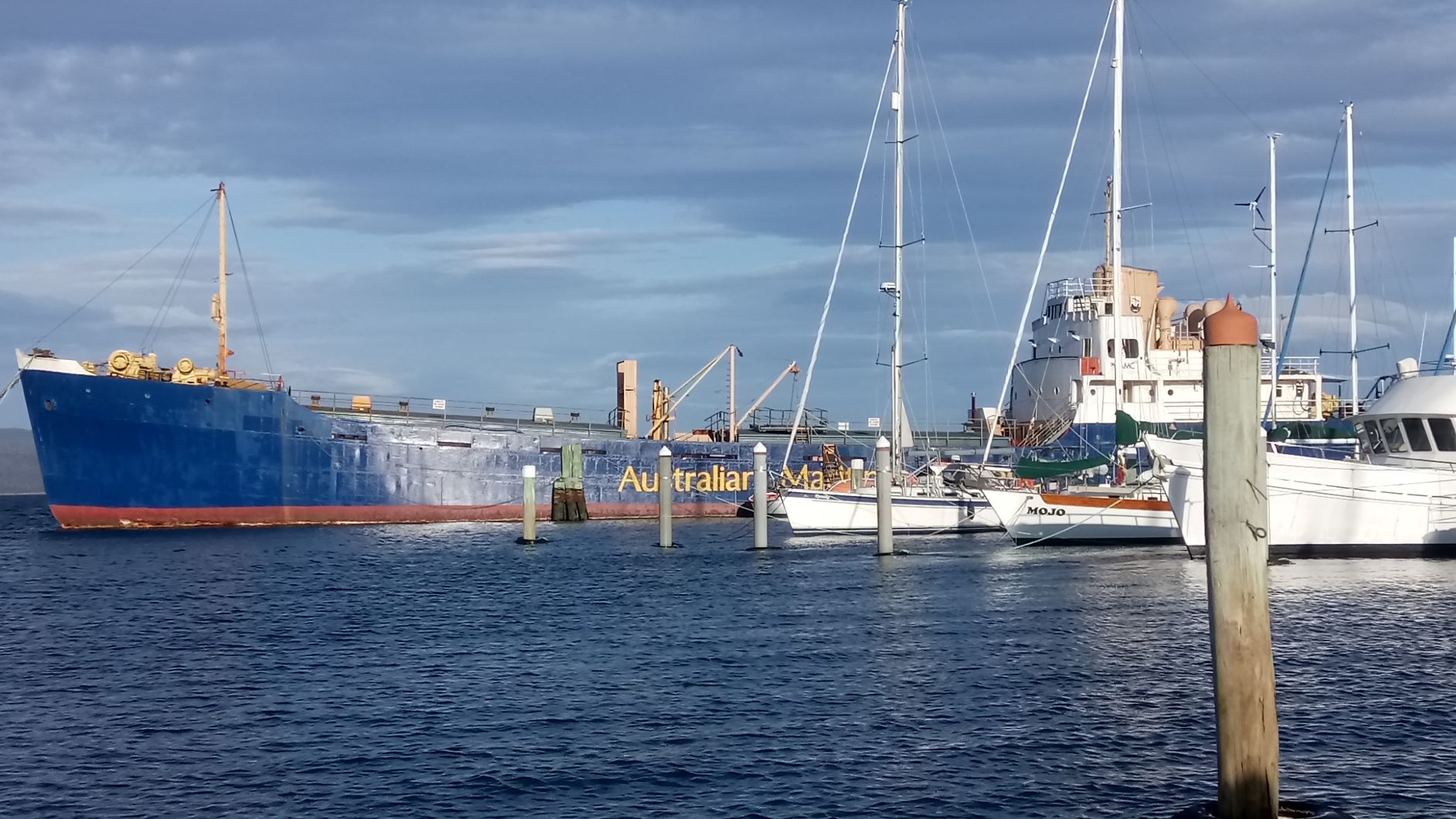 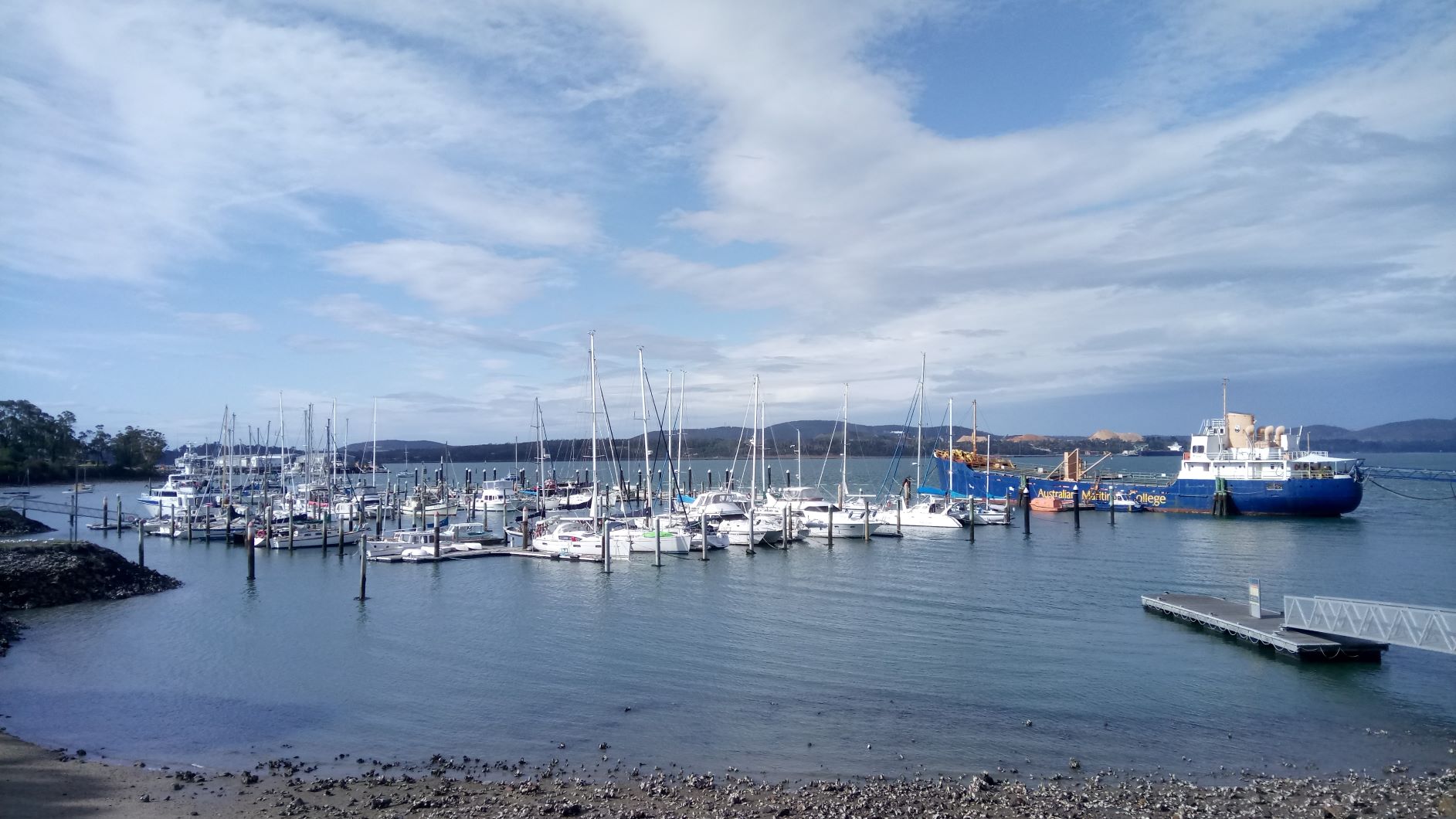 Yesterday, after a last load of laundry and a short walk to hide some painted rocks,we left the marina on the ebb tide.  We wanted to pull up to the public floating pontoon at Georgetown for a grocery run, but first we had to get the dozen or so fishermen on the pontoon to get their lines out of the water so that we could come alongside.  They weren’t going to leave and didn’t make us feel very welcome there, so we made it a very quick stop.  Half an hour later and we were off!

The ebb tide was at its peak flow, with wind against tide, making it an interesting exit.  I managed to snap these pictures of the 3.3kt current as we flew out of the Tamar. 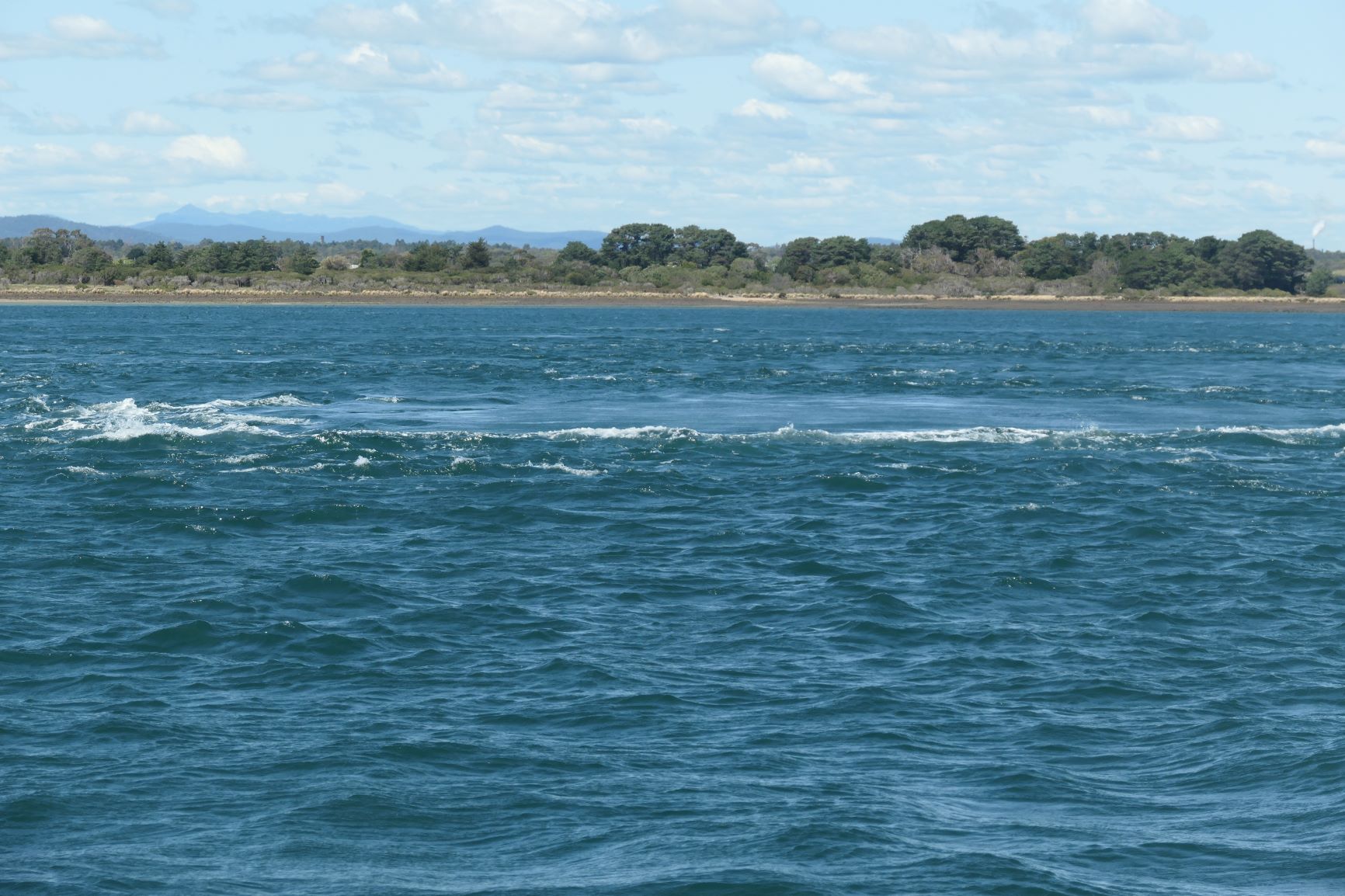 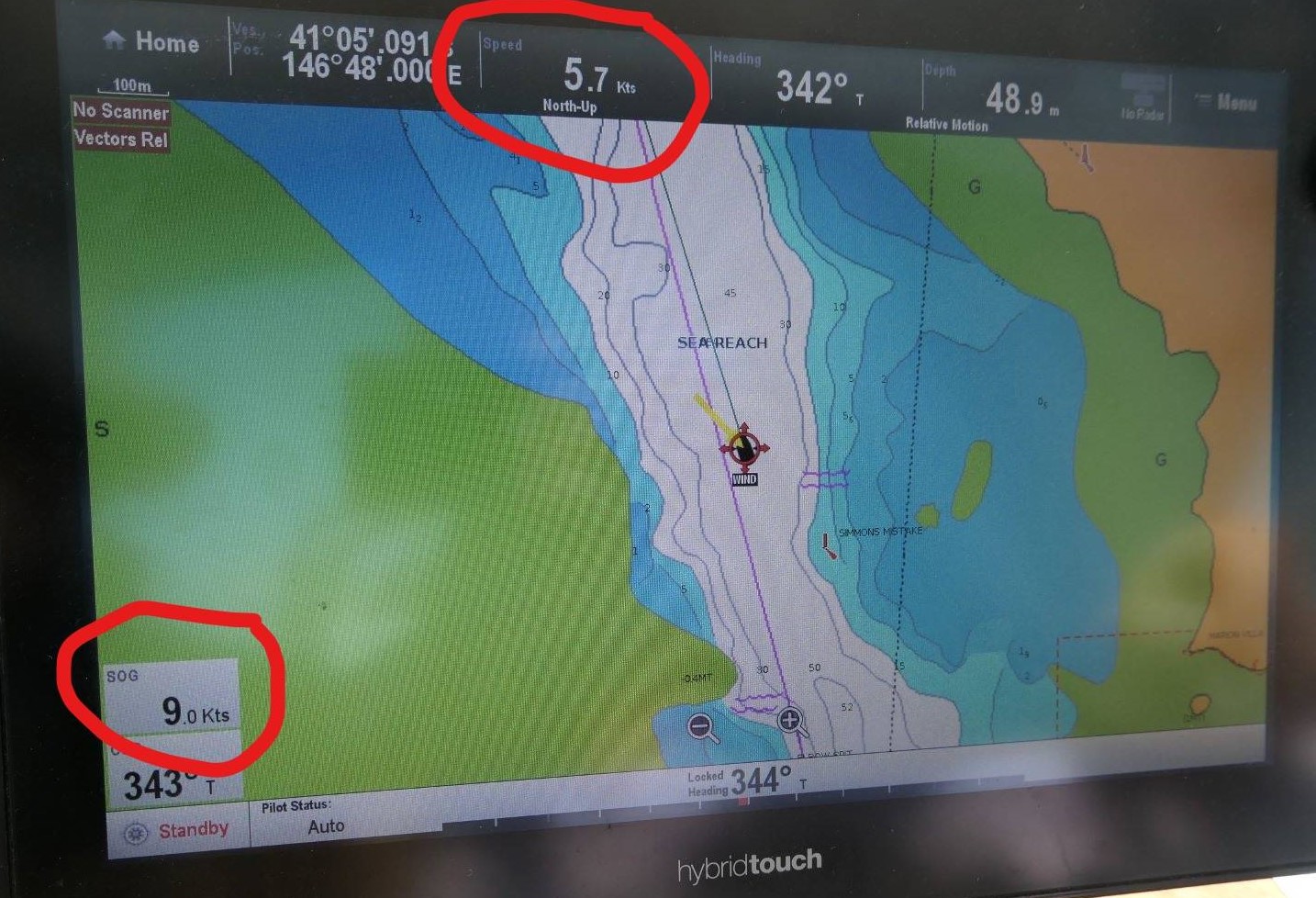 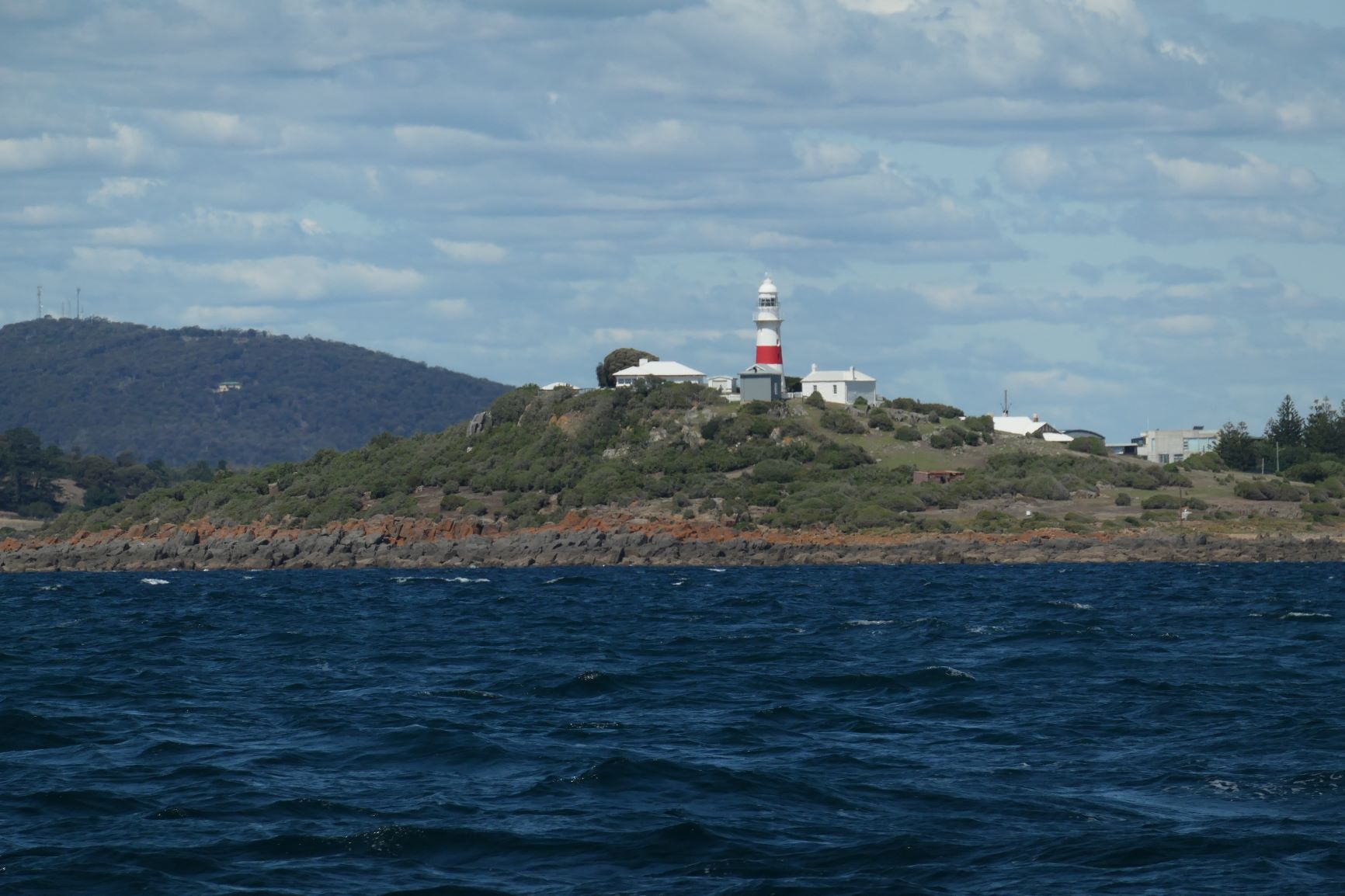 We had an excellent sail, broad reaching all the way from the Tamar to Bridport.  We were anchored by 7:30, well protected from the wind, but exposed to side on swell.  One other boat came in just before sunset and shortly afterward we were visited by someone’s drone – hate those pests! 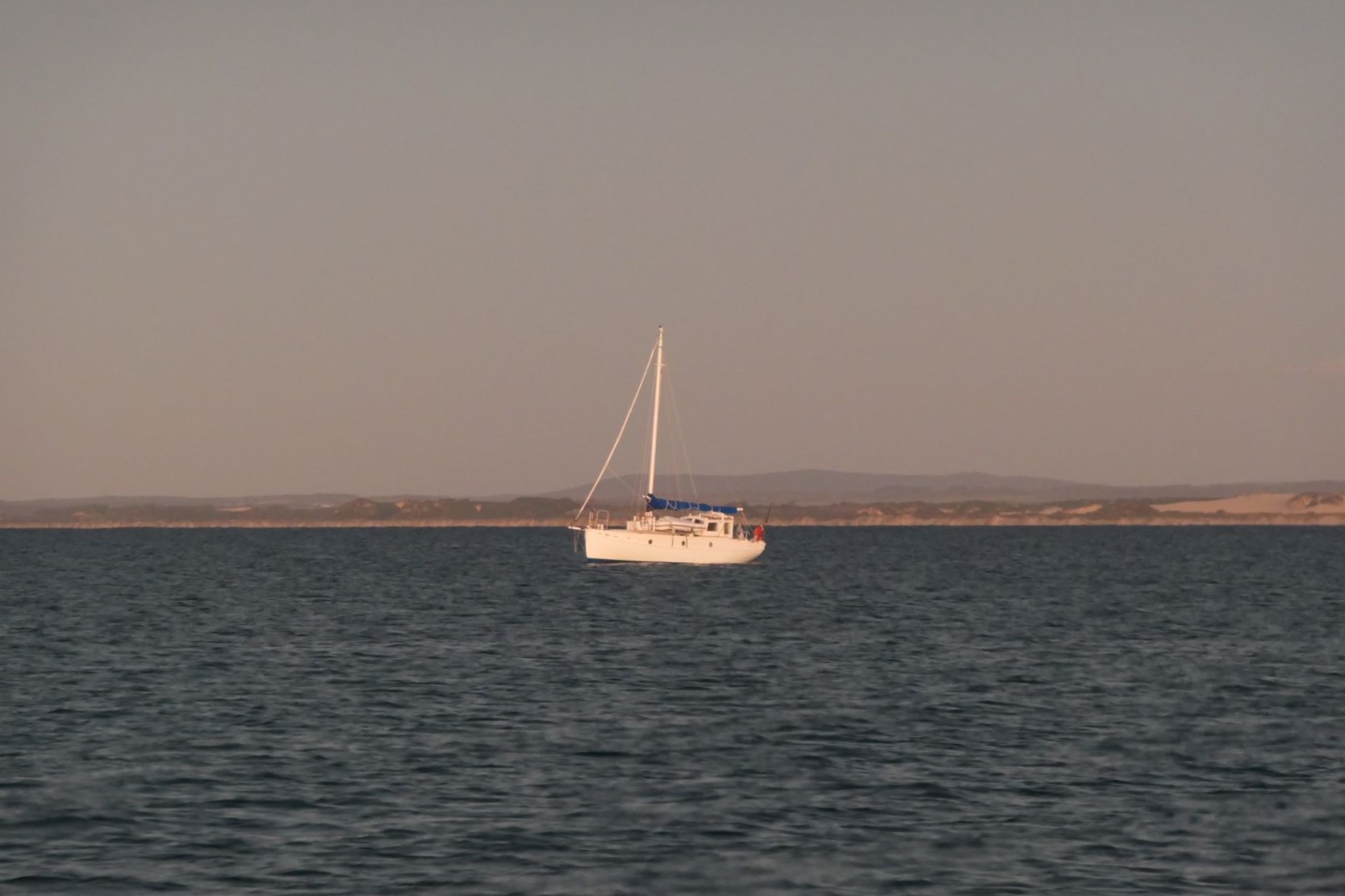 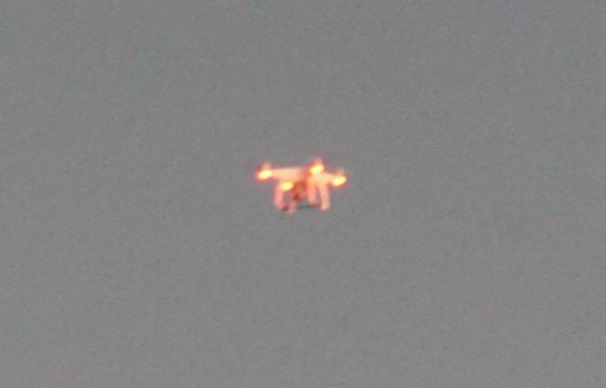 We’ve been watching the weather – the next few days are not too bad, but then there’s another patch of quite strong winds around Tassie.  Yesterday, while sailing we also noticed some perplexing rudder noise that we need to monitor.  So, we’ve decided not to cross Bass Strait this summer, and this morning we decided not to linger around this area either.  We’ll start heading back toward home, hopefully enjoying some more lovely stops along the way.