After a restless last night in Devonport, including a 3am bout of indecision about our change of plans, we left the Mersey Yacht club on the morning ebb tide.

A quick stop to clear the speed log of hundreds of tiny crustaceans and we were on our way. 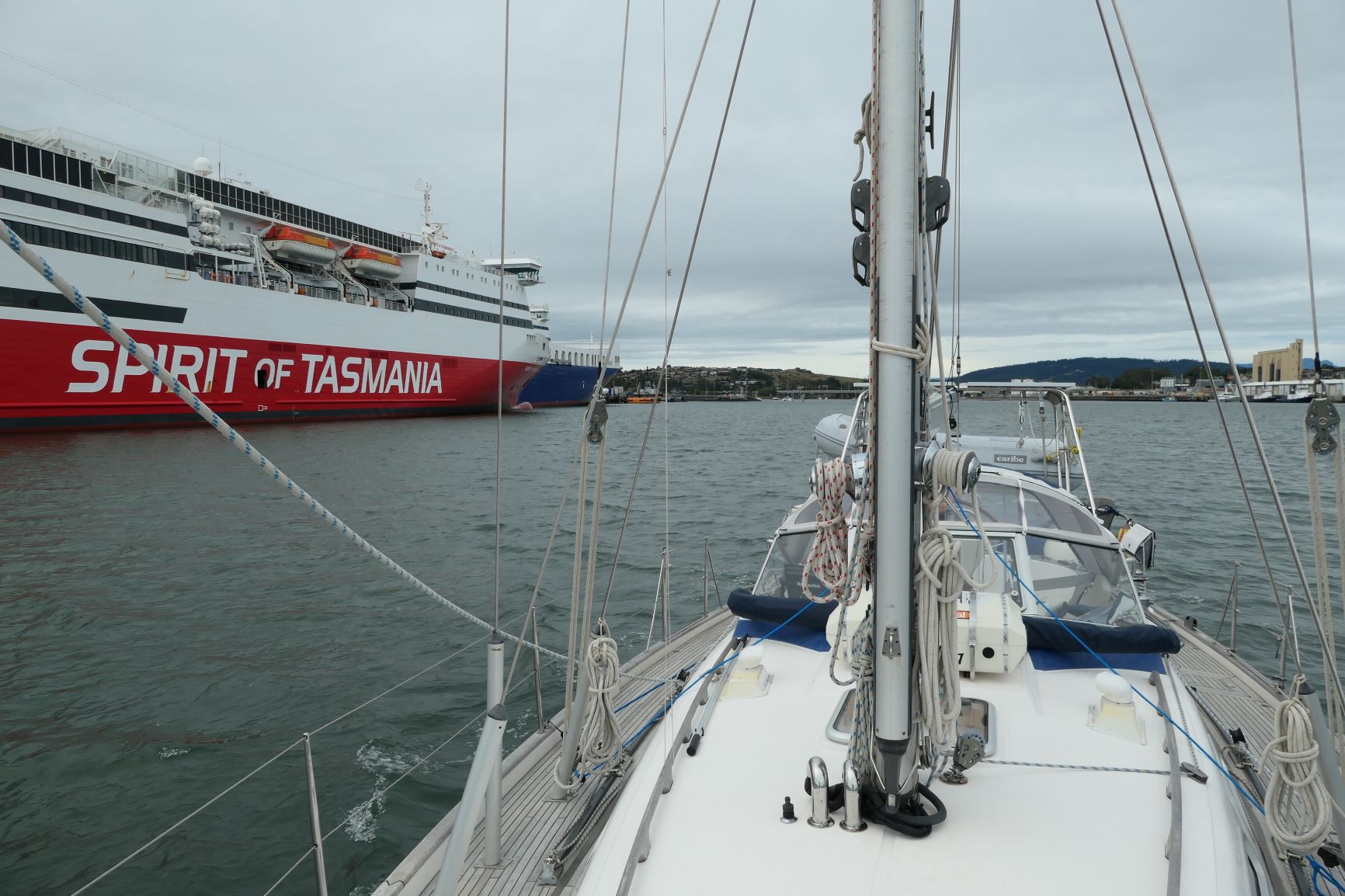 We had a great close reach most of the way to Low Head, arriving towards the end of the ebb. 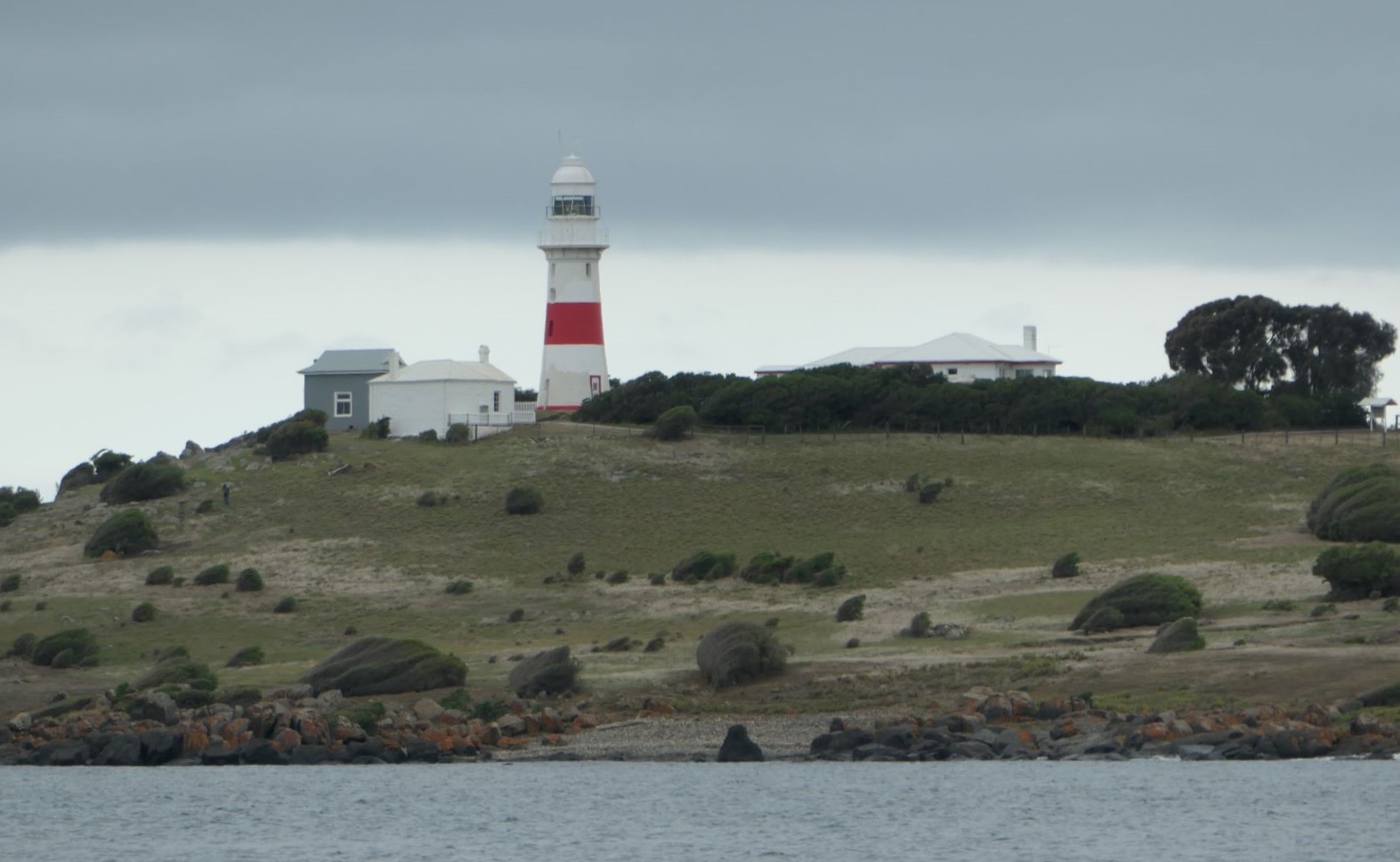 We motored upstream, past Beauty Point and Bell Bay, to settle at East Arm.  We were just outside a swirling eddy and Alex thought that deploying a stern anchor might help control our movement with the tidal changes.  After assembling the Fortress anchor for the first time and attaching 25m of rode, he decided it wasn’t really necessary.  I’m glad he didn’t because we ended up re-anchoring just as darkness fell and it would have been a hassle to deal with 2 anchors! 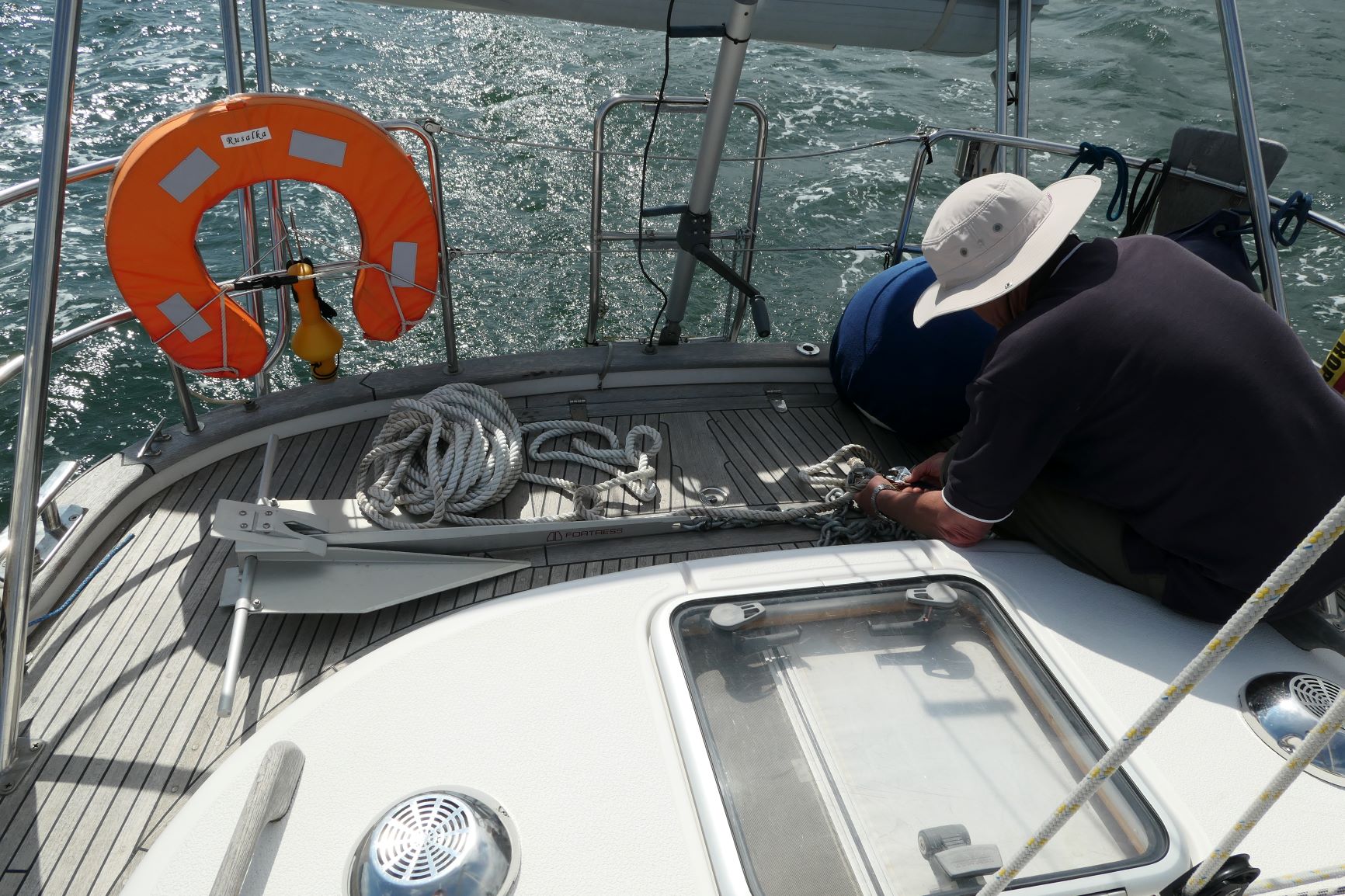 After a peaceful night we continued upstream.  We miscalculated the tides (using Low Head instead of Bell Bay) and ended up pushing against the ebb for longer than we expected.  It didn’t help that we had 20-25kt apparent wind against us the whole morning!  Getting under the Batman bridge was exciting! 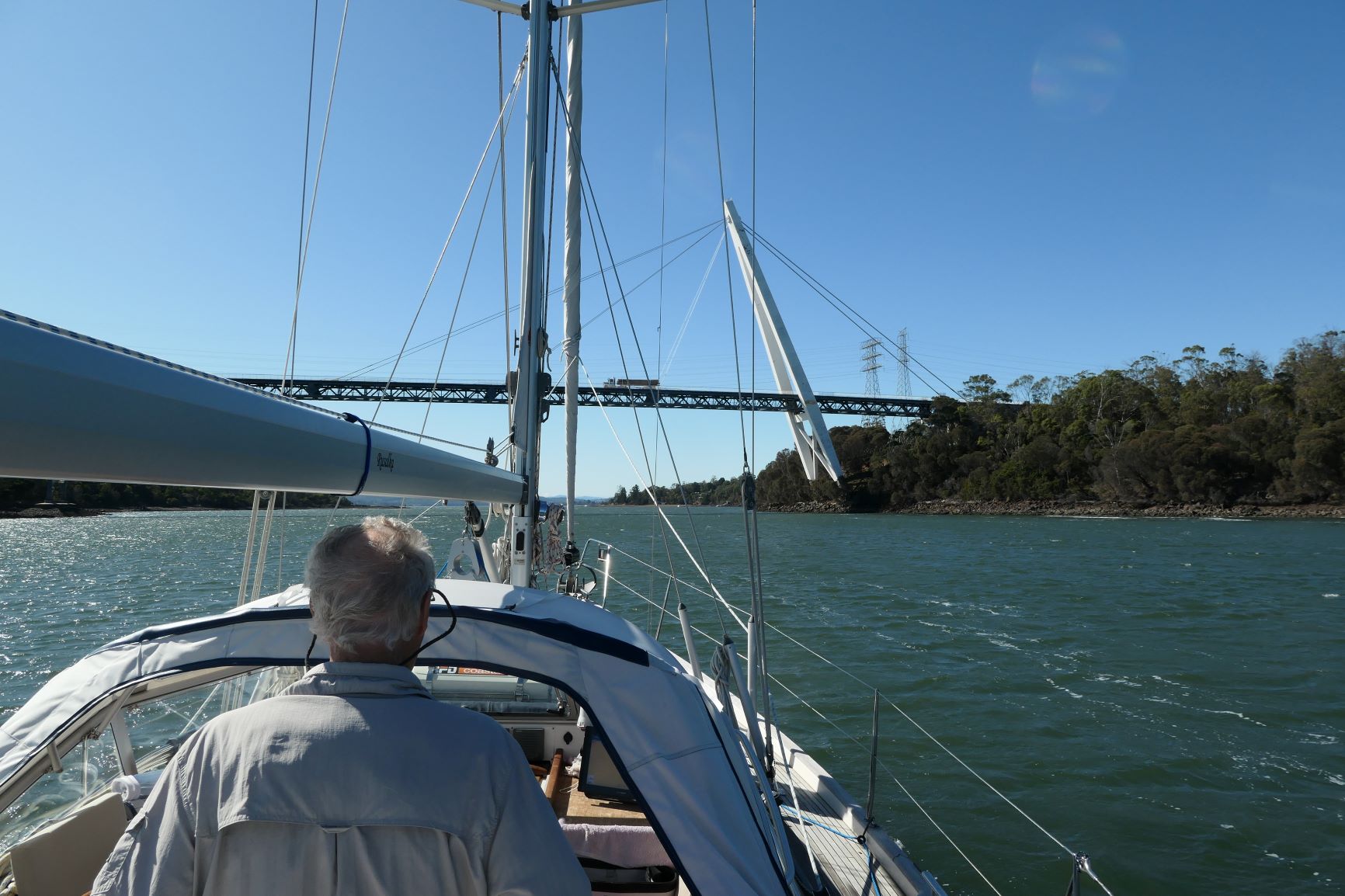 Helming into the wind was brutal and we decided to rest on the Hillwood pontoon until the wind eased, but after bouncing, jerking and giving the fenders a serious workout for half an hour we cast off and continued on past riverside hamlets, vineyards and farmland. 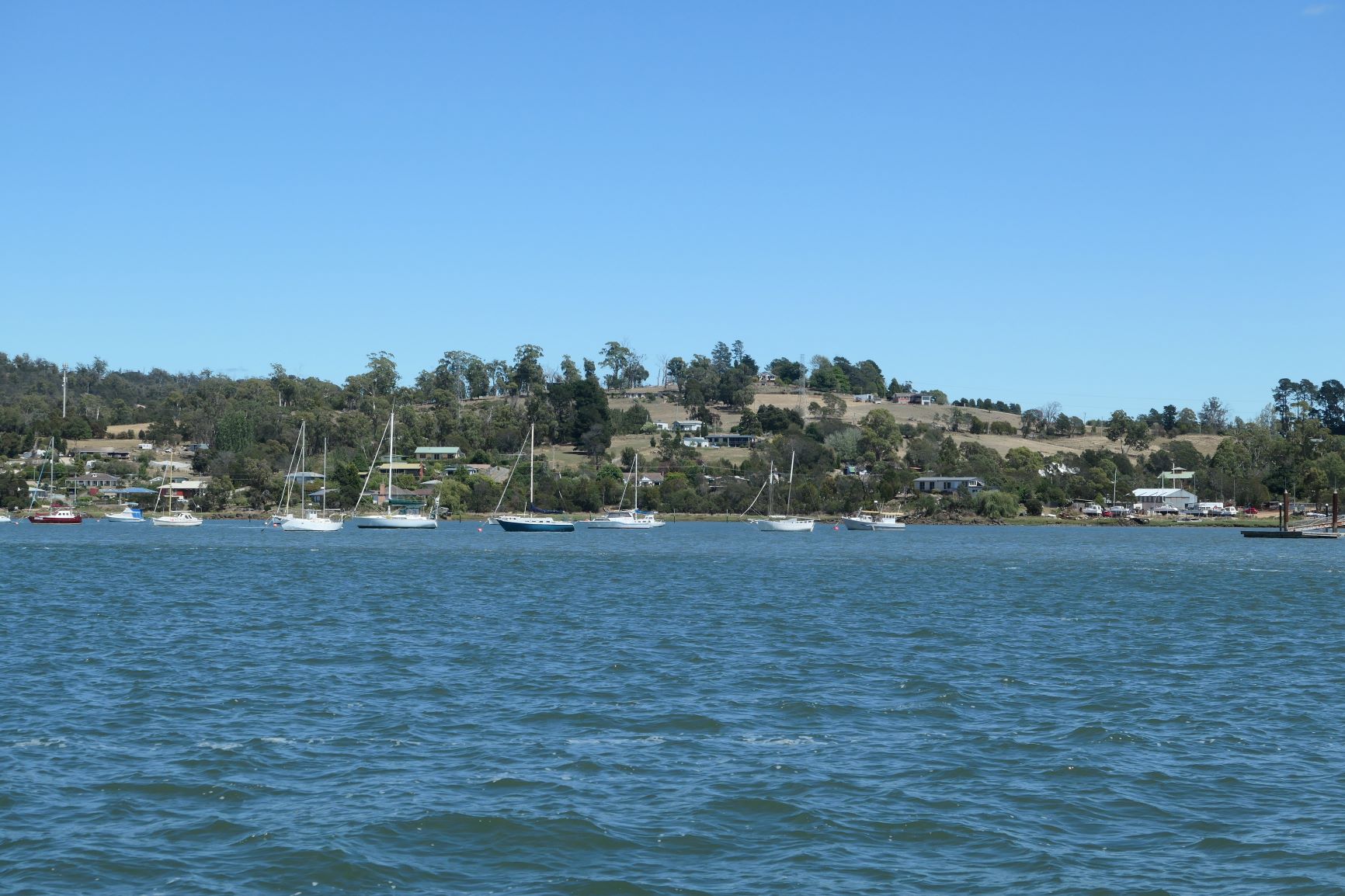 Most anchorages and public pontoons seem to be very exposed to southerly winds, but we found a reasonable spot to anchor at Windermere.  We took the dink ashore to look at the pretty little 19th century church. 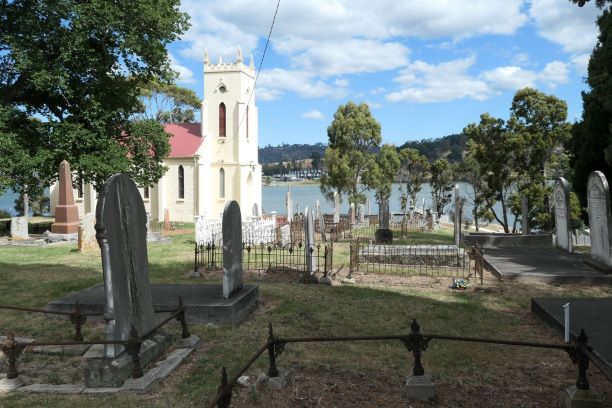 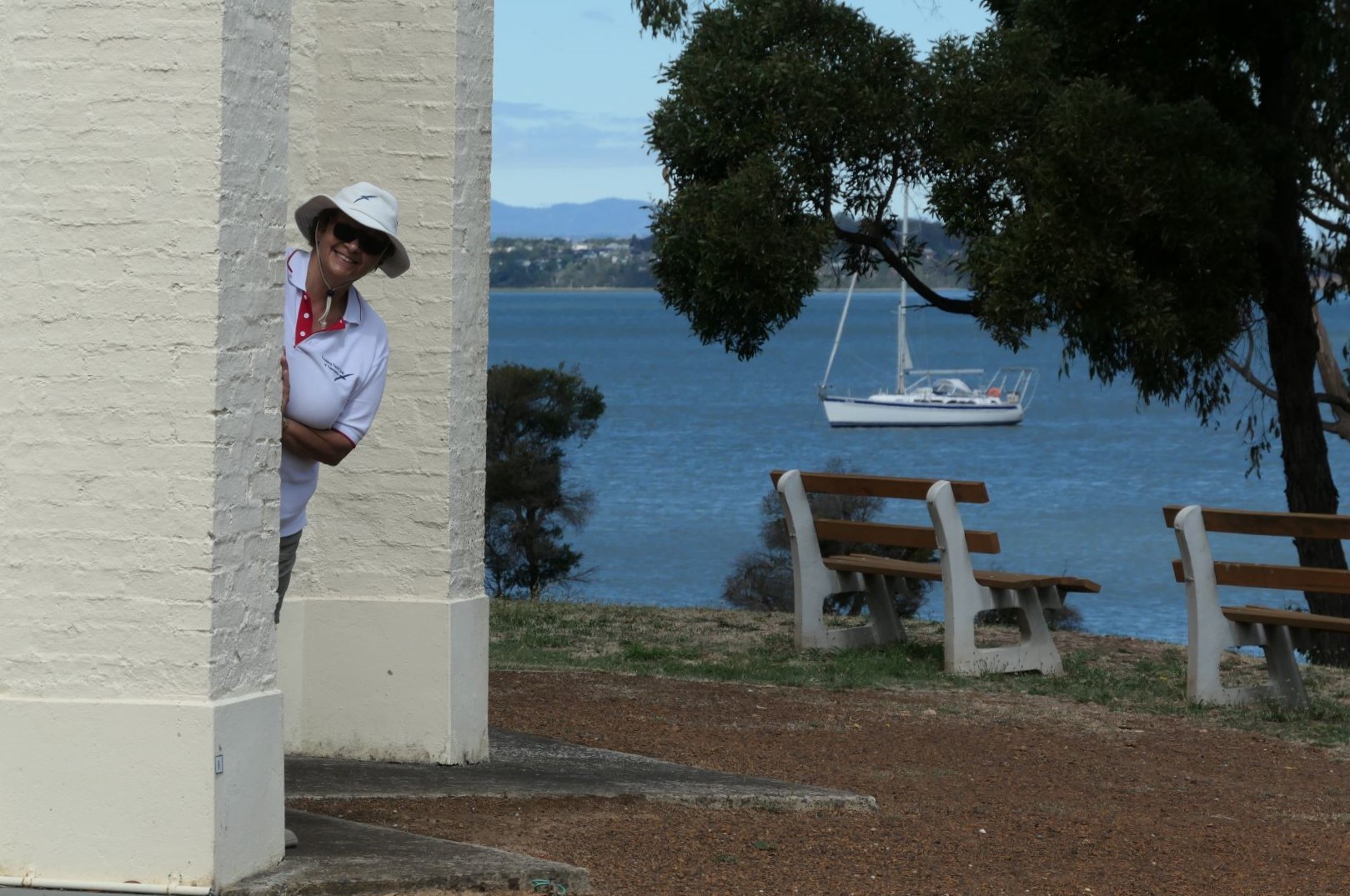 We held well in very gloopy mud overnight.  The next morning Rosevears pontoon on the other side of the river looked very attractive, so we tootled across for lunch.  Wind against tide makes even simple tasks like coming alongside a bit more challenging.  After a pleasant pub lunch we continued up the Tamar to Launceston. 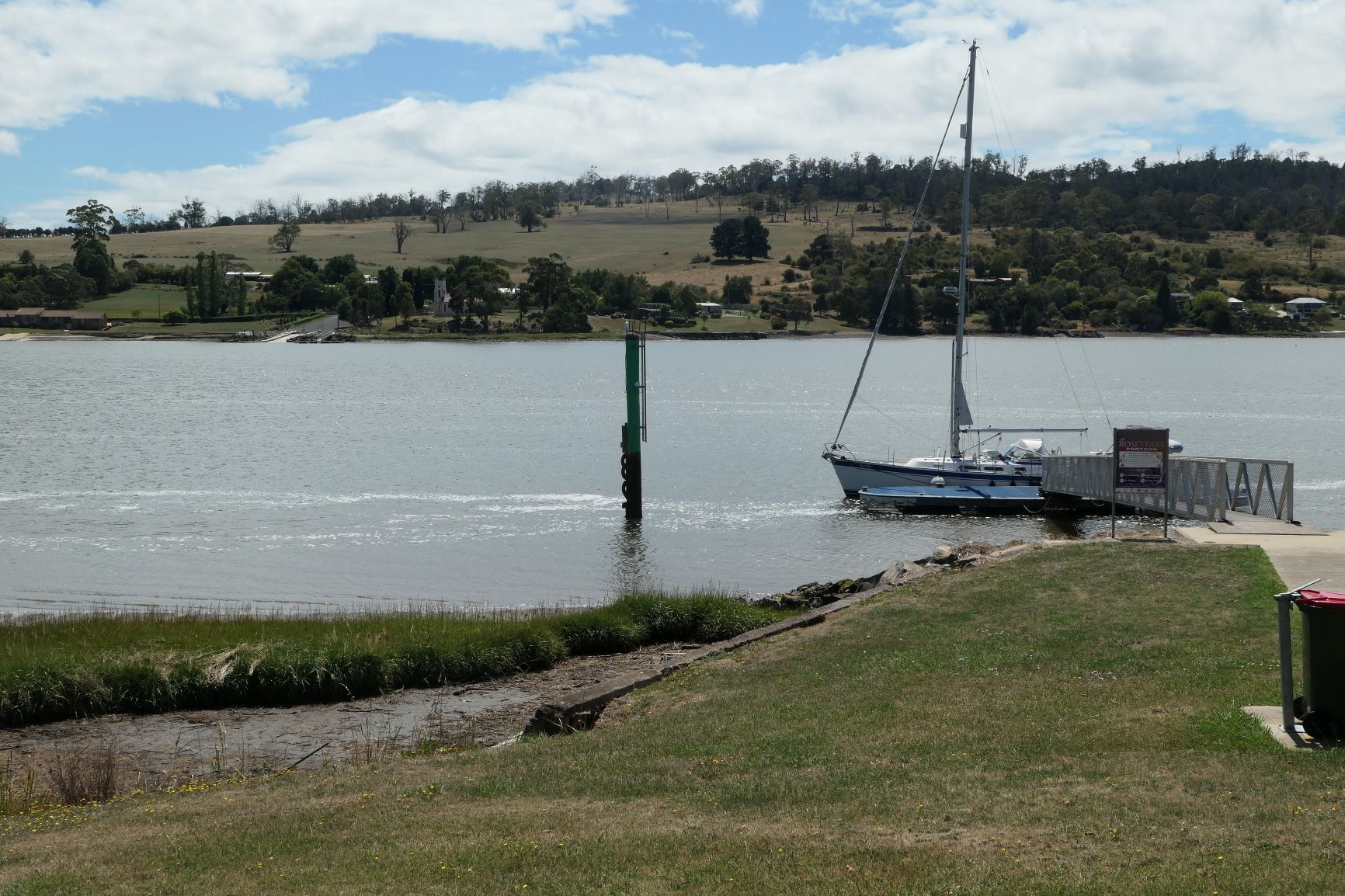 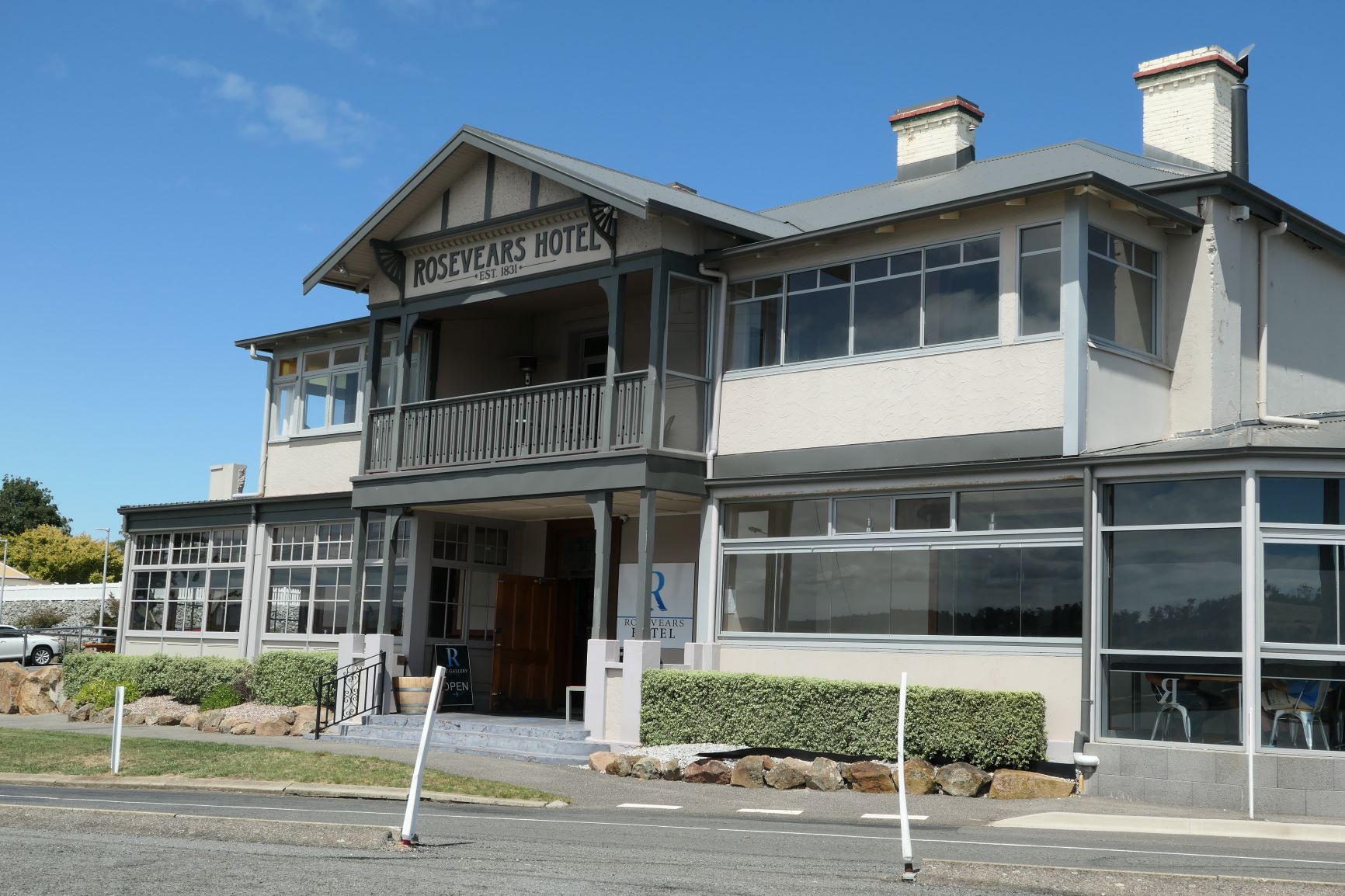 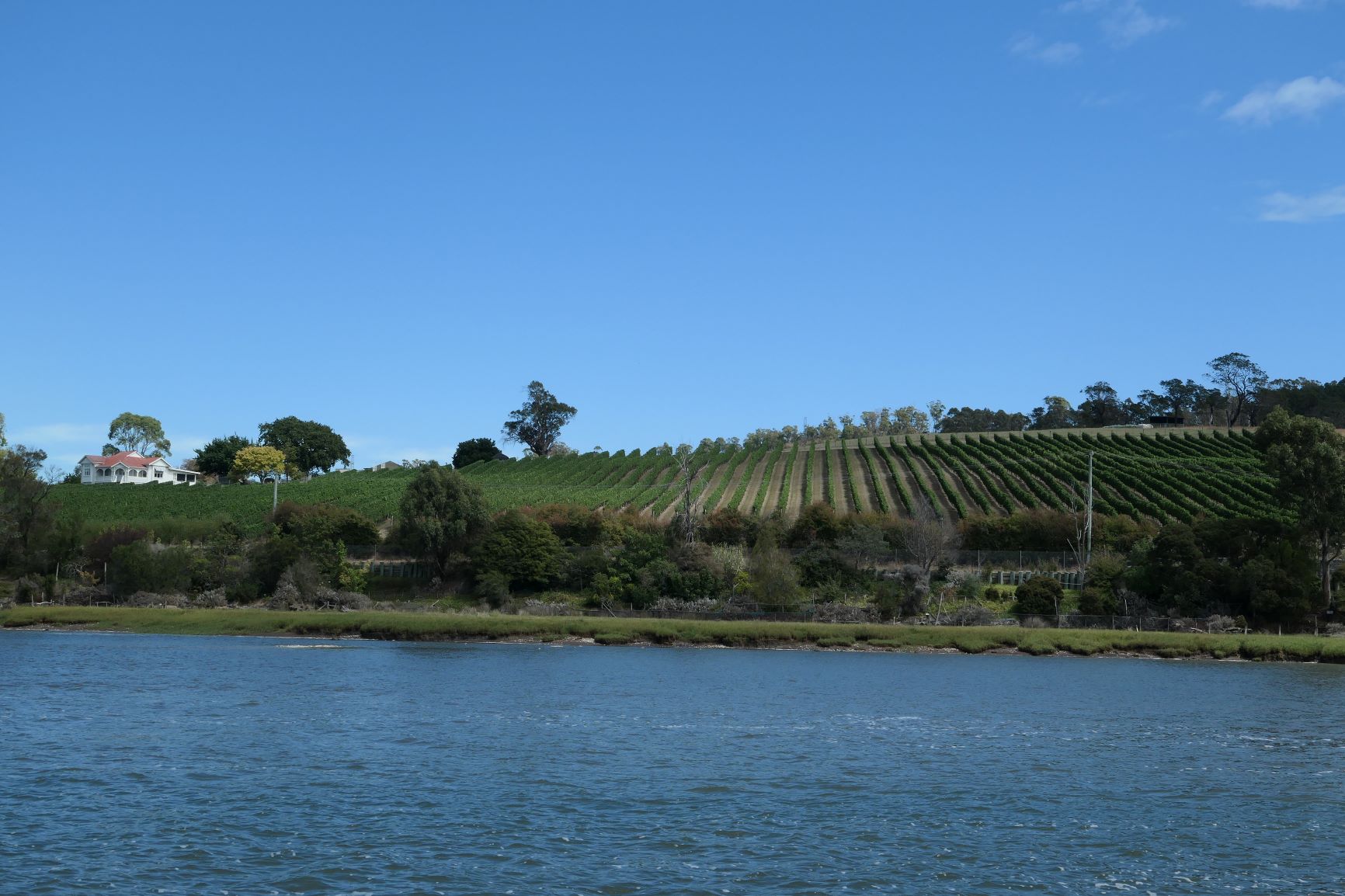 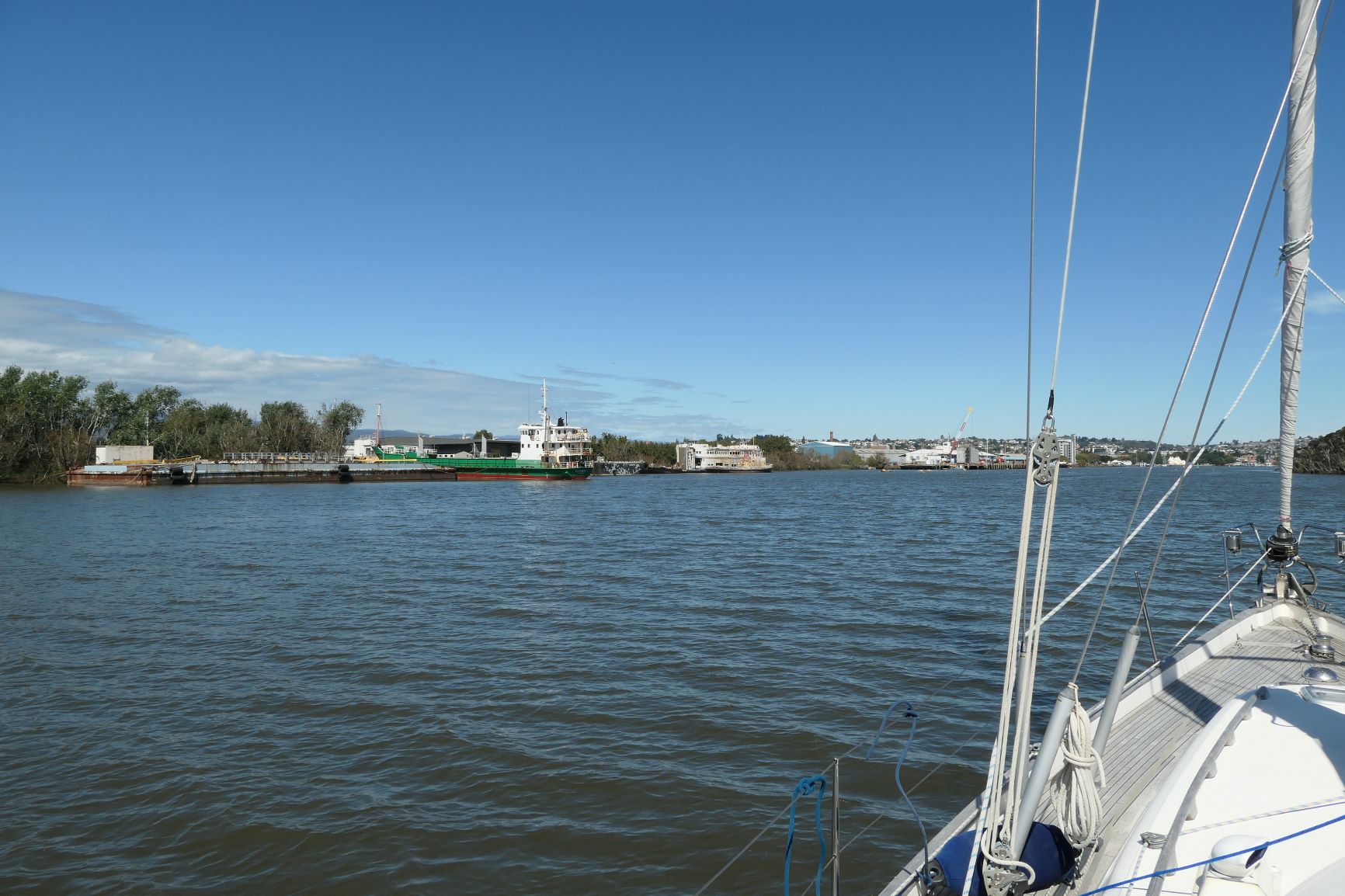 There was still a bit of current running, but we managed to slip into our berth in the Old Seaport Marina without incident.

We’ll be here for the weekend, doing a bit of shopping, dining, and going to a concert.  Our plans after that are flexible.