Sommers Bay is a lovely anchorage for northerly winds, but it is exposed to the south and gets a nasty chop in any sort of southerly.  Just as I was beating the eggs for breakfast we heard the wind pick up from the south, a bit earlier than we expected!

Rather than get stuck in an unpleasant bouncy situation, we put everything aside and moved around the corner to the southern shore of King George Sound to have a late breakfast and await the tide.

Alex decided to use the spare time to tweak the rigging.  It was replaced last year and needed a bit of tightening up. 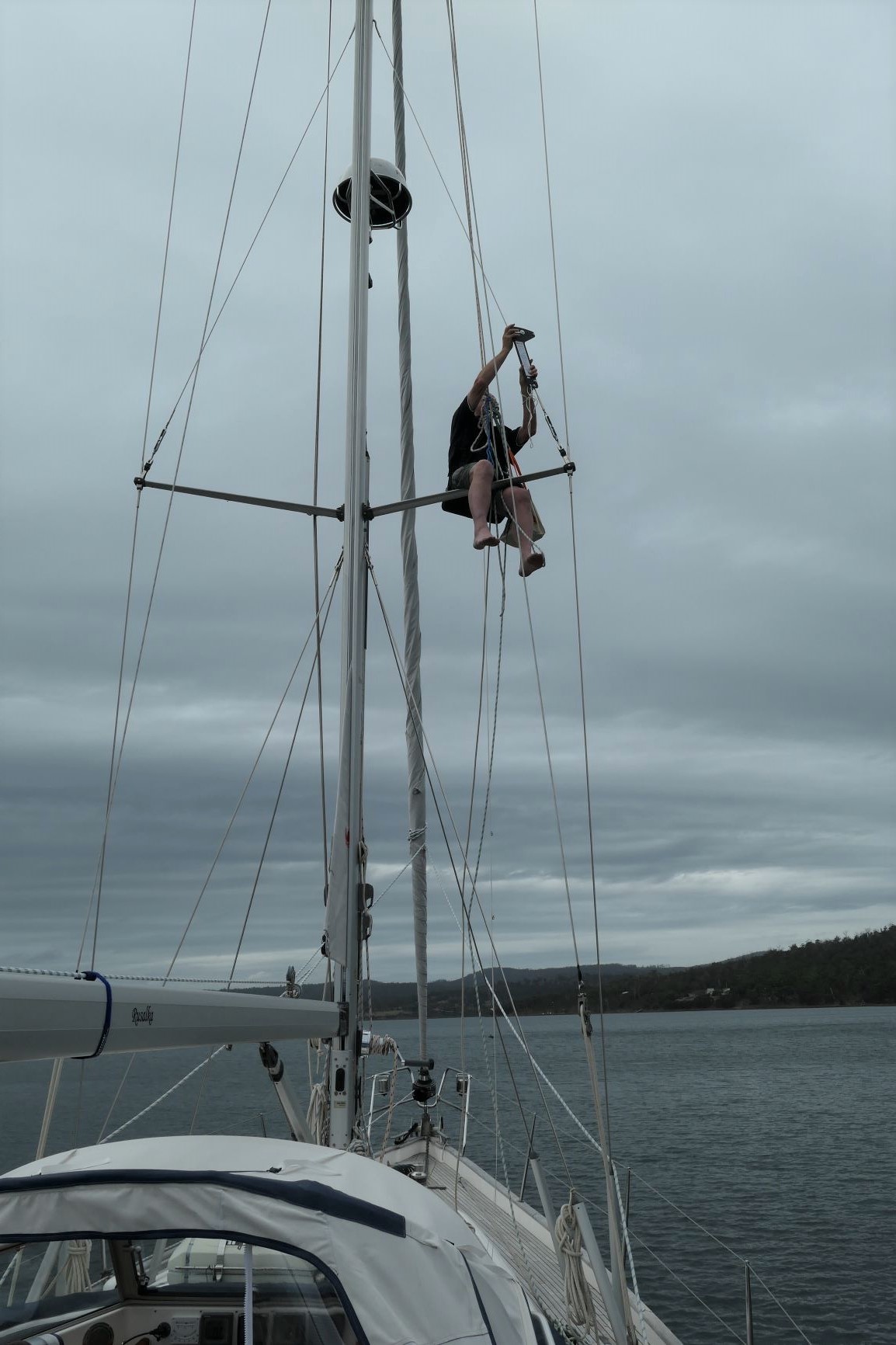 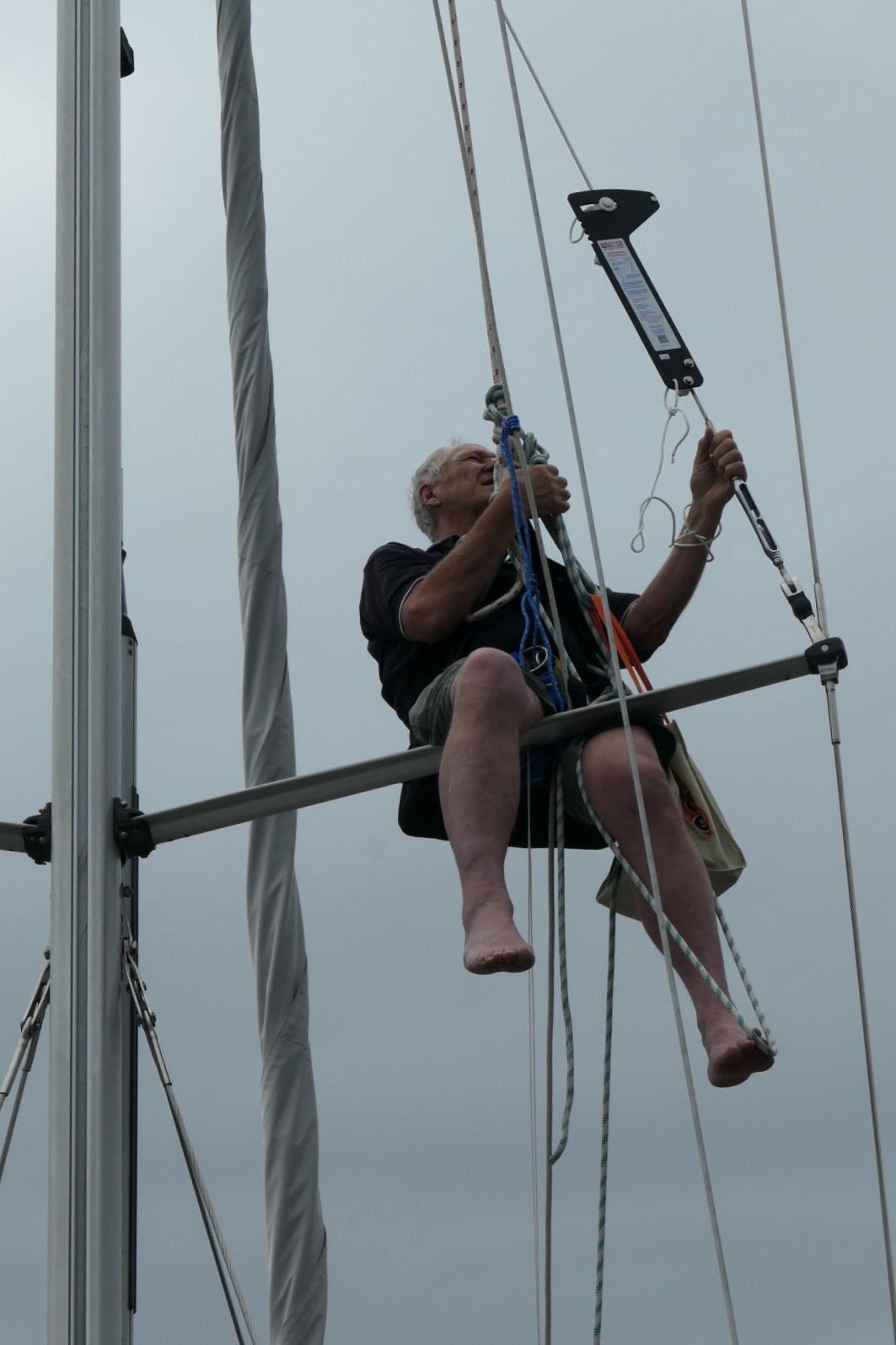 By mid-afternoon there was enough water to go through the shallow entrance to the Denison Canal and Marion Narrows. 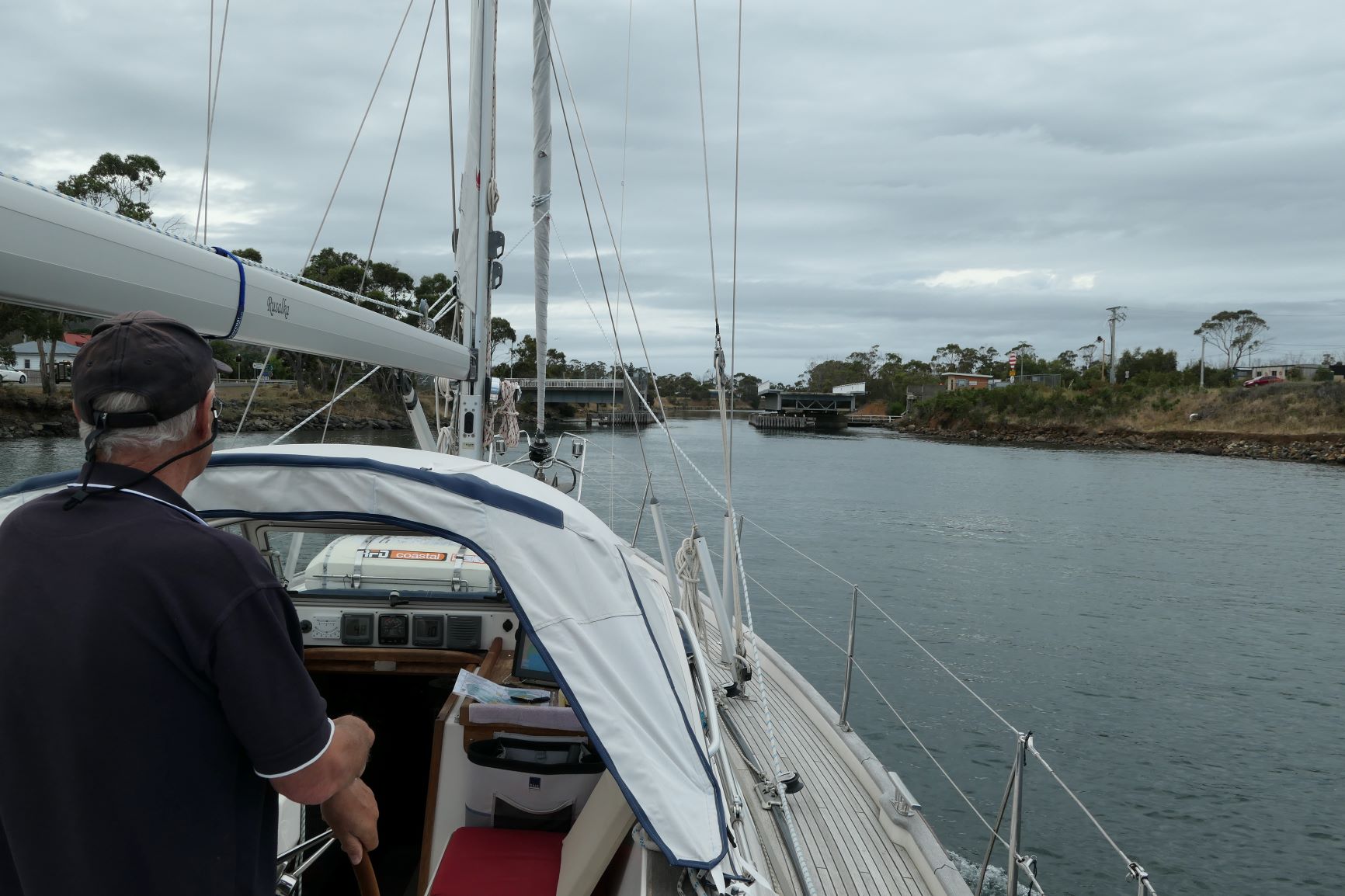 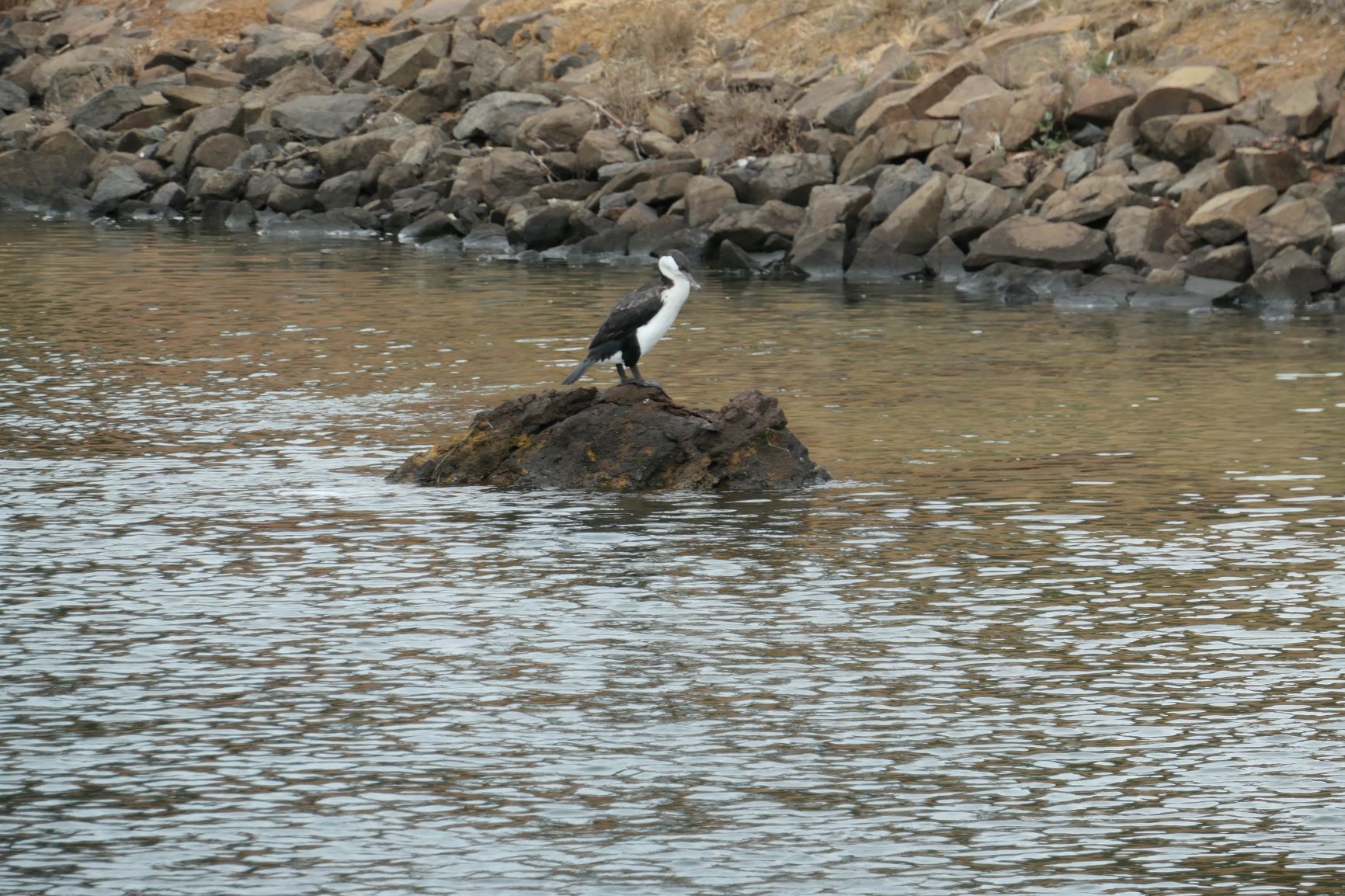 We came through to the east coast and put up the sails for a great run north.  In the distance was a bank of mist over the mainland and Maria Island.  It started to get wet as we entered the mist and we had our first chance to test out our new cockpit enclosure – it worked a treat and kept us warm and dry! 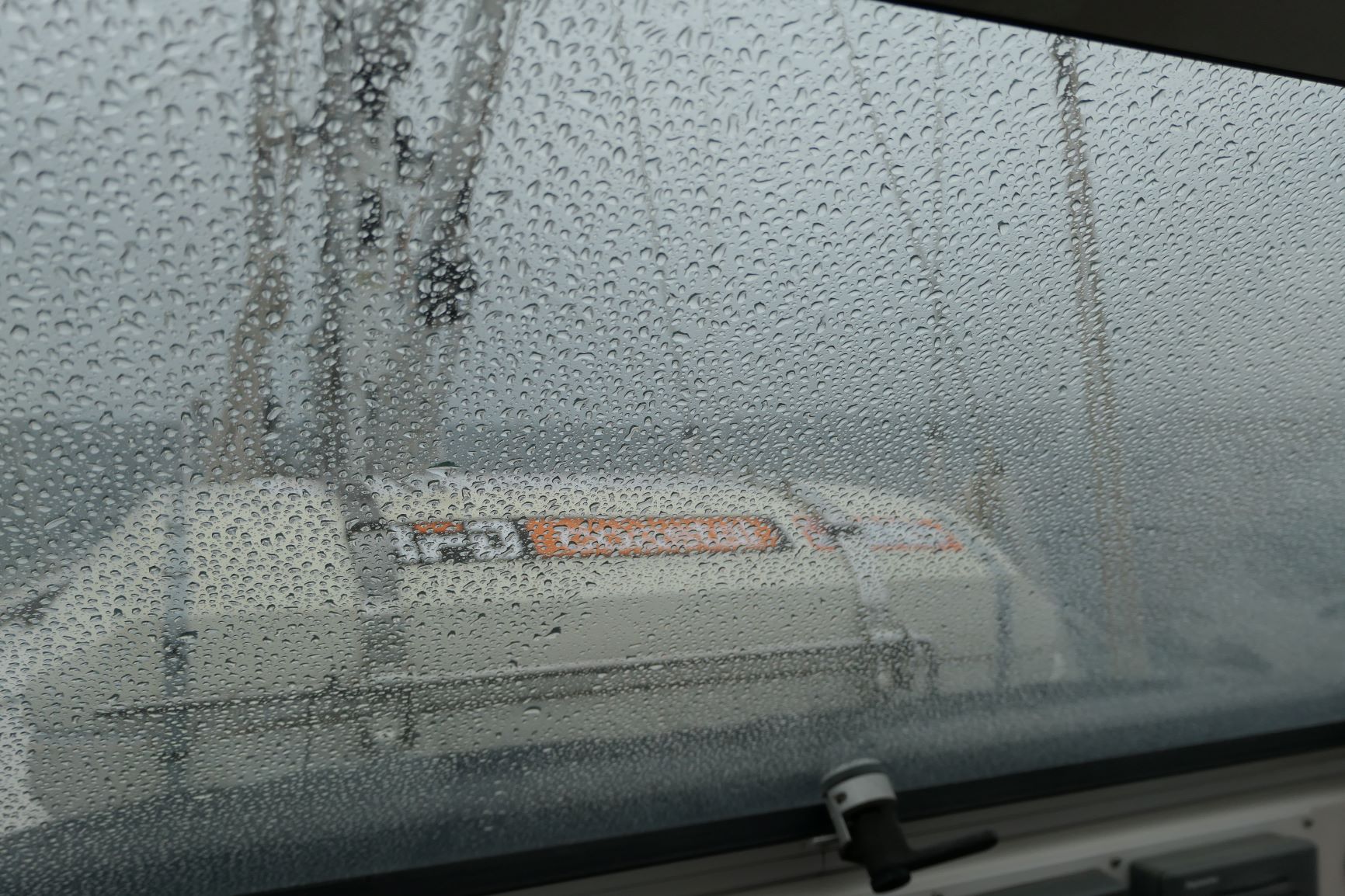 We got into Orford around 6:30pm and anchored amongst the moorings off East Shelley Beach.  It was a peaceful night.  However this morning’s forecast was not encouraging.  A westerly blow today followed by a strong southerly tomorrow.  Looking forward, it is hard to see any opportunity to go up the coast and through Banks Strait before next Thursday.  Crew consensus was to stay here and enjoy the shelter for another night or two then see what happens.

We moved to the western end of the bay (along with 6 other boats!) and went ashore for a walk to get the Sunday papers before the wind picked up. 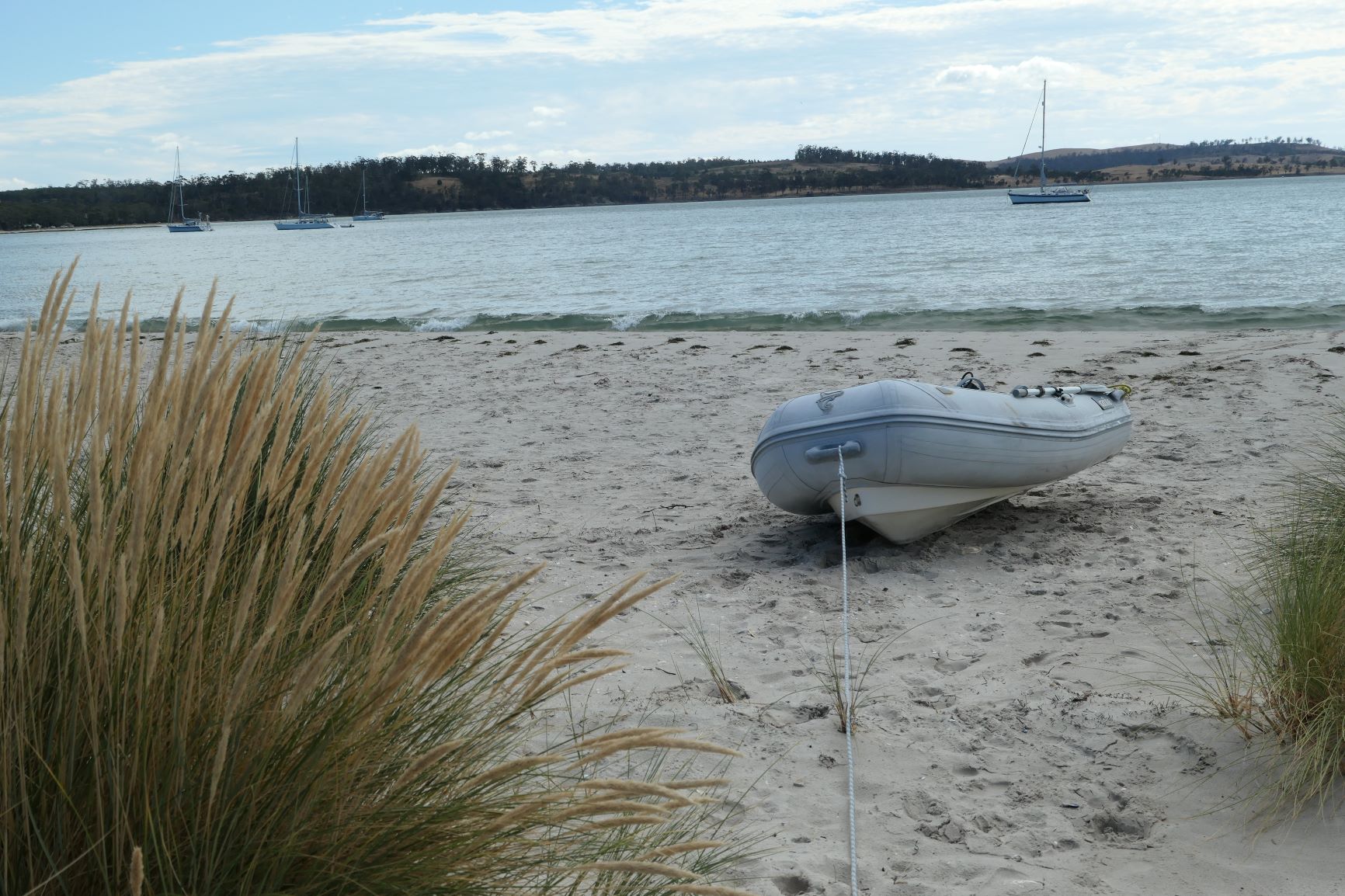 After lunch we lazed around.  I decided to get back into my hobby of rock painting – perhaps this wasn’t the most auspicious scene to pick: 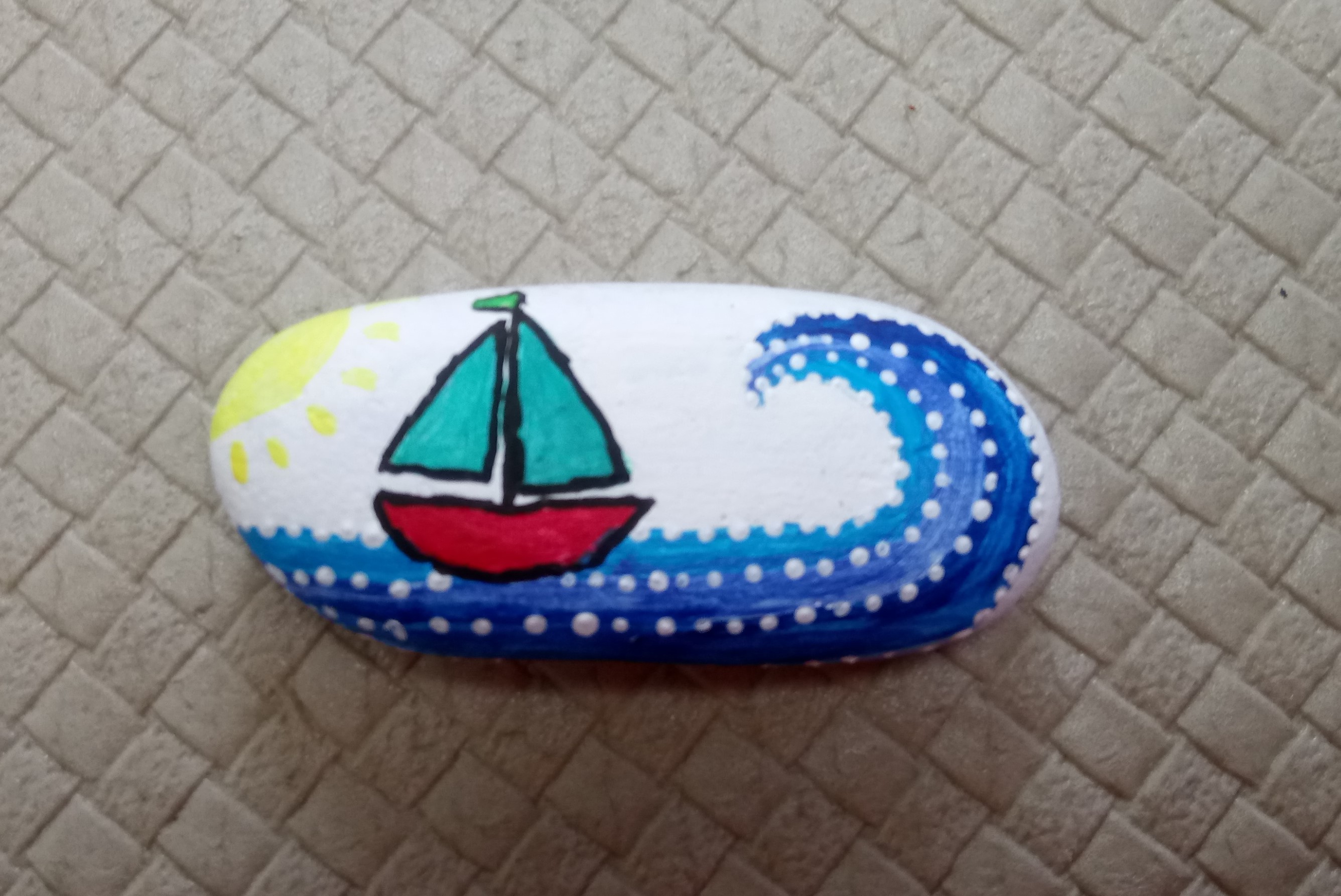 Alex played around with the HF radio for a while and then we had a matinee movie afternoon – "Master and Commander".  Great boat flick, especially when it’s howling 25-30kts outside!

Not much else to report, time to make dinner!