We finished up all our projects and local commitments and we were ready to set sail anytime after Tuesday.  However, a forecast showing a couple of fronts approaching and adverse wind conditions kept us waiting a few days.

We finally left today, knowing that we’d have hot northerly winds on the nose all afternoon, but the promise of improving weather next week. Our marina is being extended and our normal berth inside the attenuator was dismantled a couple of weeks ago, so it’s a good time to be away! 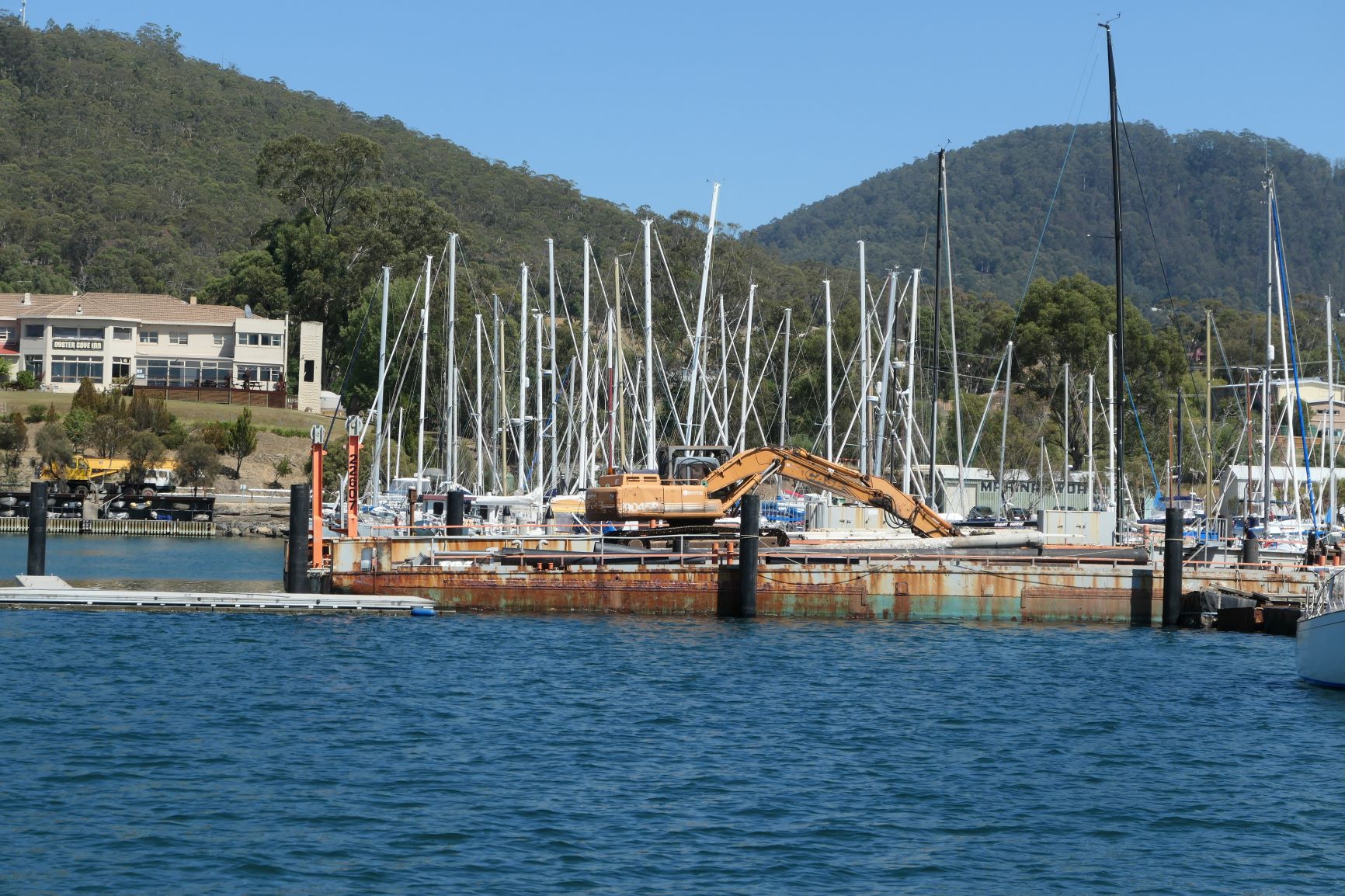 First order of business before leaving was to fill up the fuel tanks.  We pulled up to the fuel berth, tied up and were about to go to the bowser, when we saw an official looking man putting a sign up – the bowser was closed due to a split hose!  Off to the other fuel dock then – we’re lucky that Kettering has two fuel options! 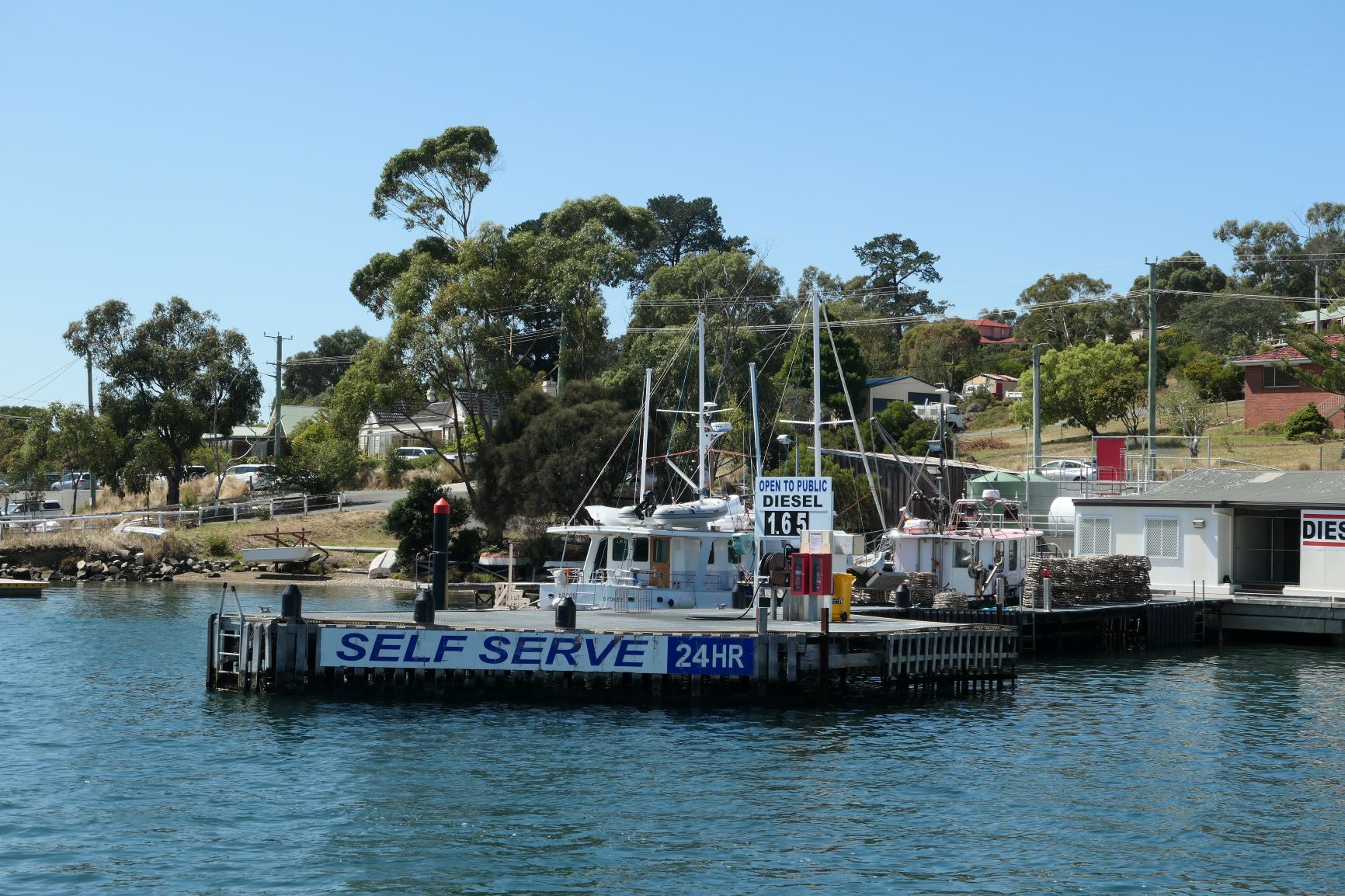 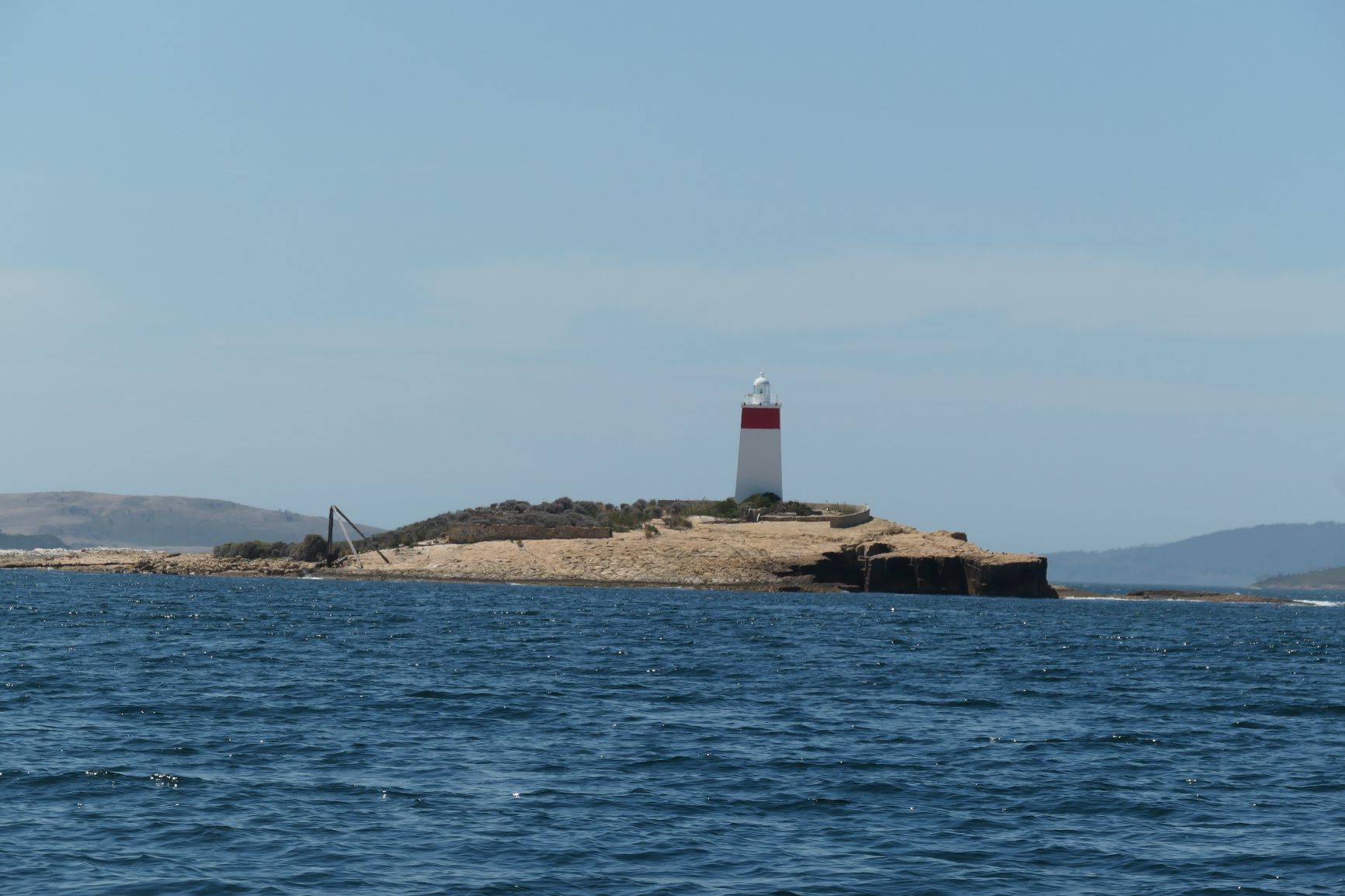 So, we motored up the Channel in light winds, across a benign Storm Bay and started hitting headwinds as we approached Frederick Henry Bay.  It was hot. Stinking hot! Smelled vaguely of bushfire smoke. Directly on the nose. And the seas were choppy.  Ugh!

Oh, and I forgot to mention that I banged my thumb on the anchor locker and Alex knocked an ankle against a winch, so we were both sporting our first boat bruises of the trip.  I remembered my remedial first aid and applied frozen moussaka to both wounds (well, now we know what’s for dinner tonight!). 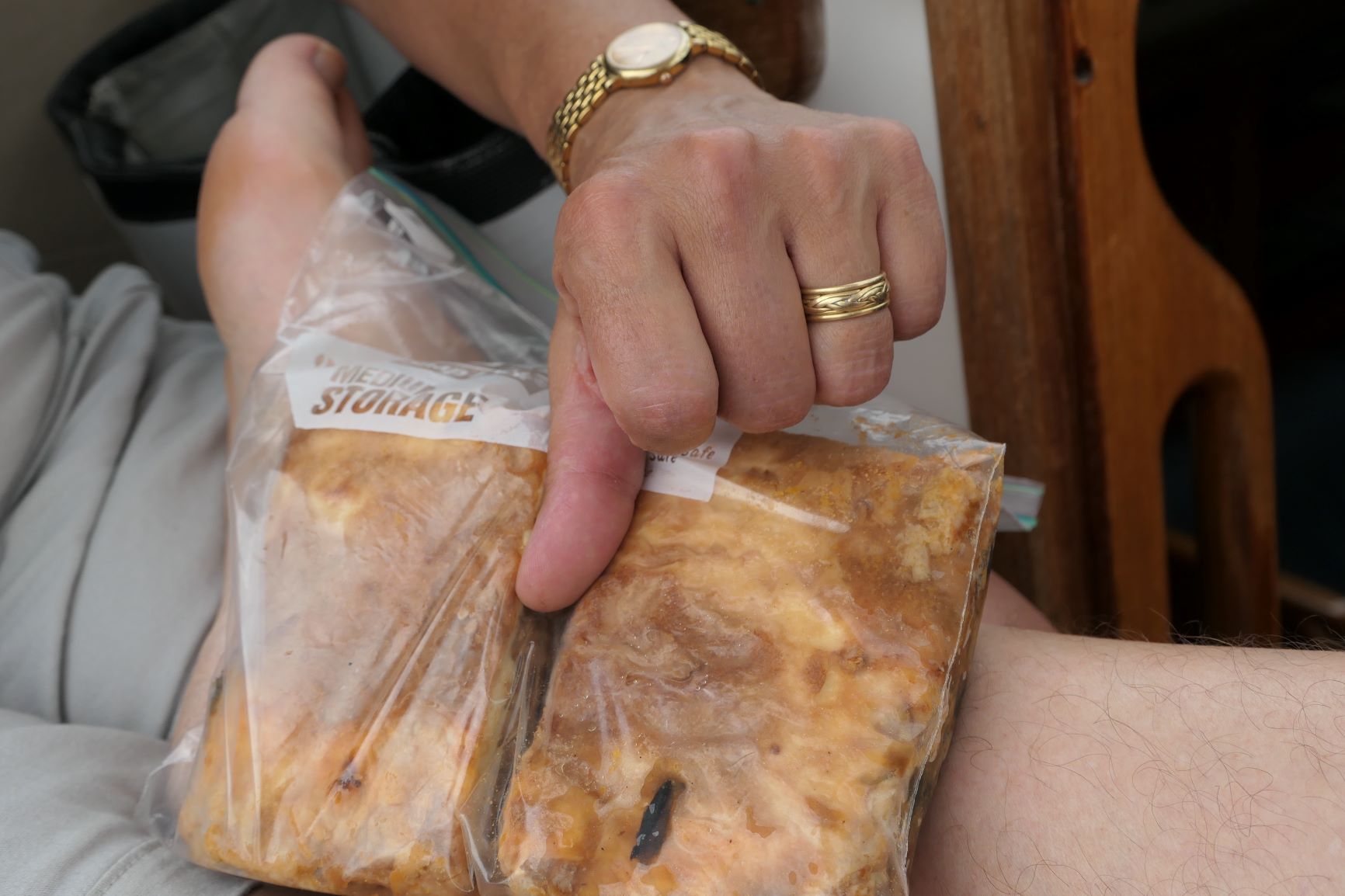 Two and a half boring hours later, we finally were able to put up the sails, first on a close reach, but once we turned to starboard in Norfolk Bay we had a fast, lively run to Sommers Bay. 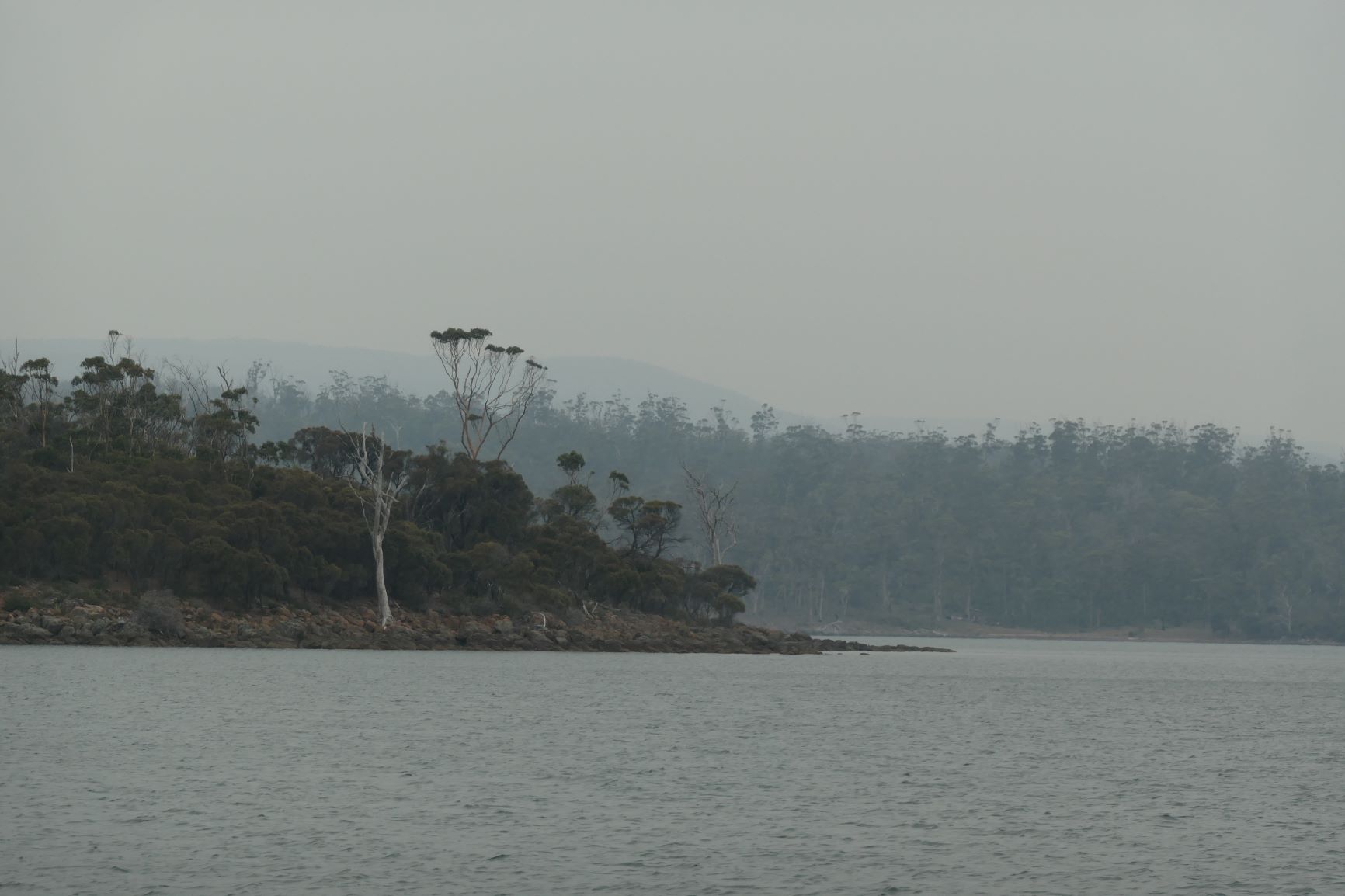 Sommers Bay is one of our favourite anchorages and where we sheltered from the Dunnalley bushfire in 2013.  After a quick dip into the cold sea, a shower, cold beer and dinner (moussaka, of course) things are looking up.

Tomorrow may bring rain, but it should also bring winds from the south which will let us start heading up the east coast.  Stay tuned to follow our adventures.