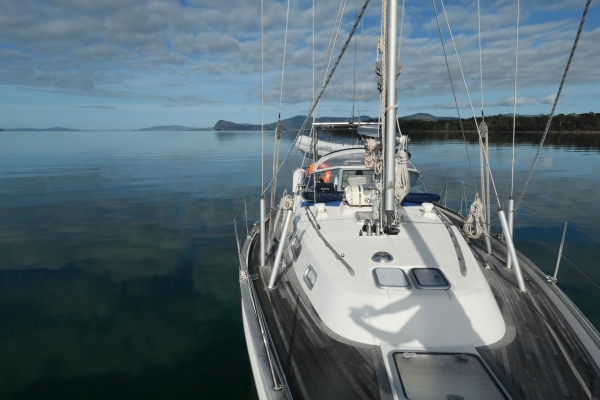 The weather has been quite benign, with light winds and comfortable temperatures, so we don’t feel in any rush to go home!  We left Wineglass Bay and motored south into Mercury Passage, passing Ile de Phoques, with it’s huge seal colonies. 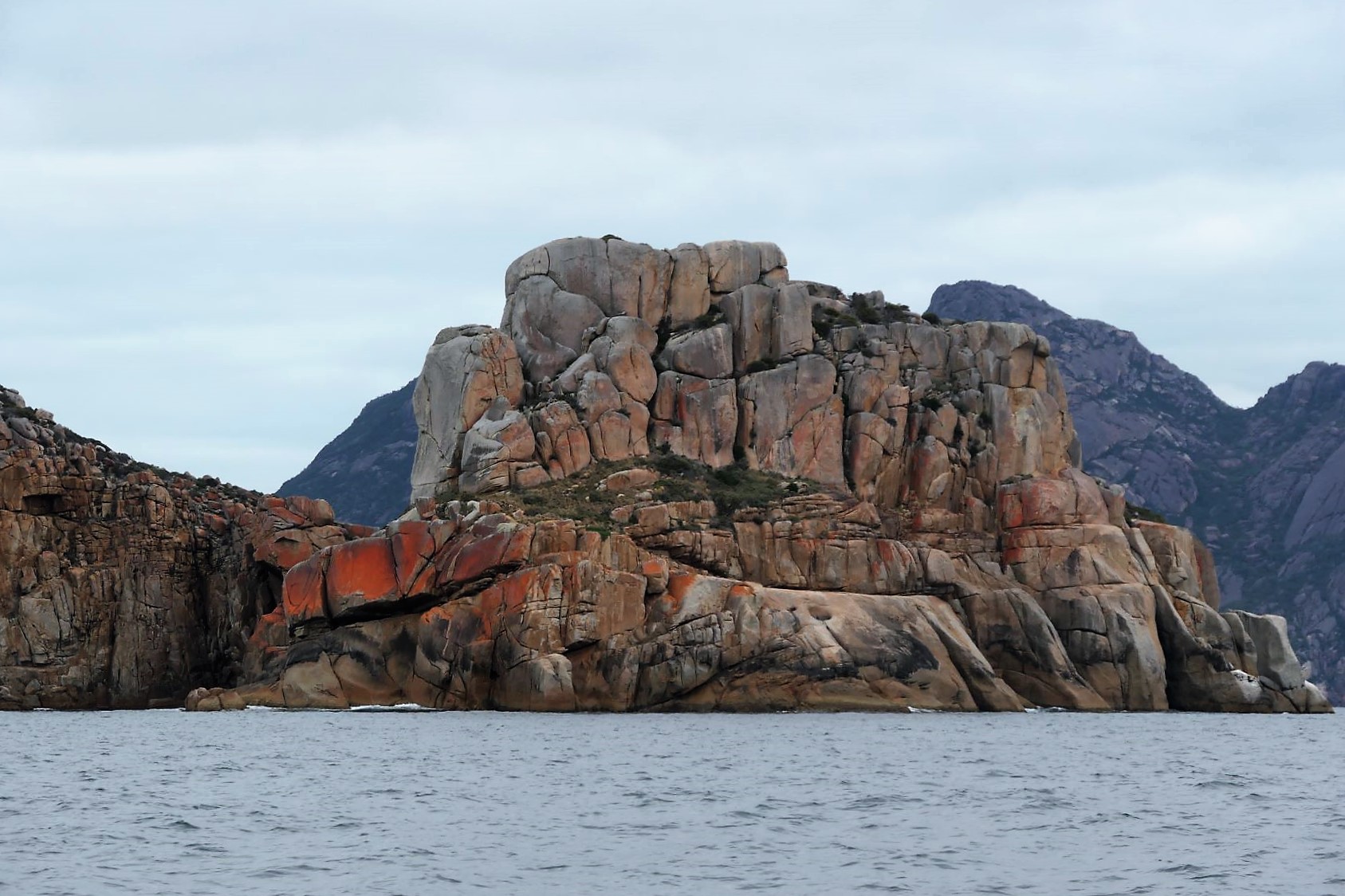 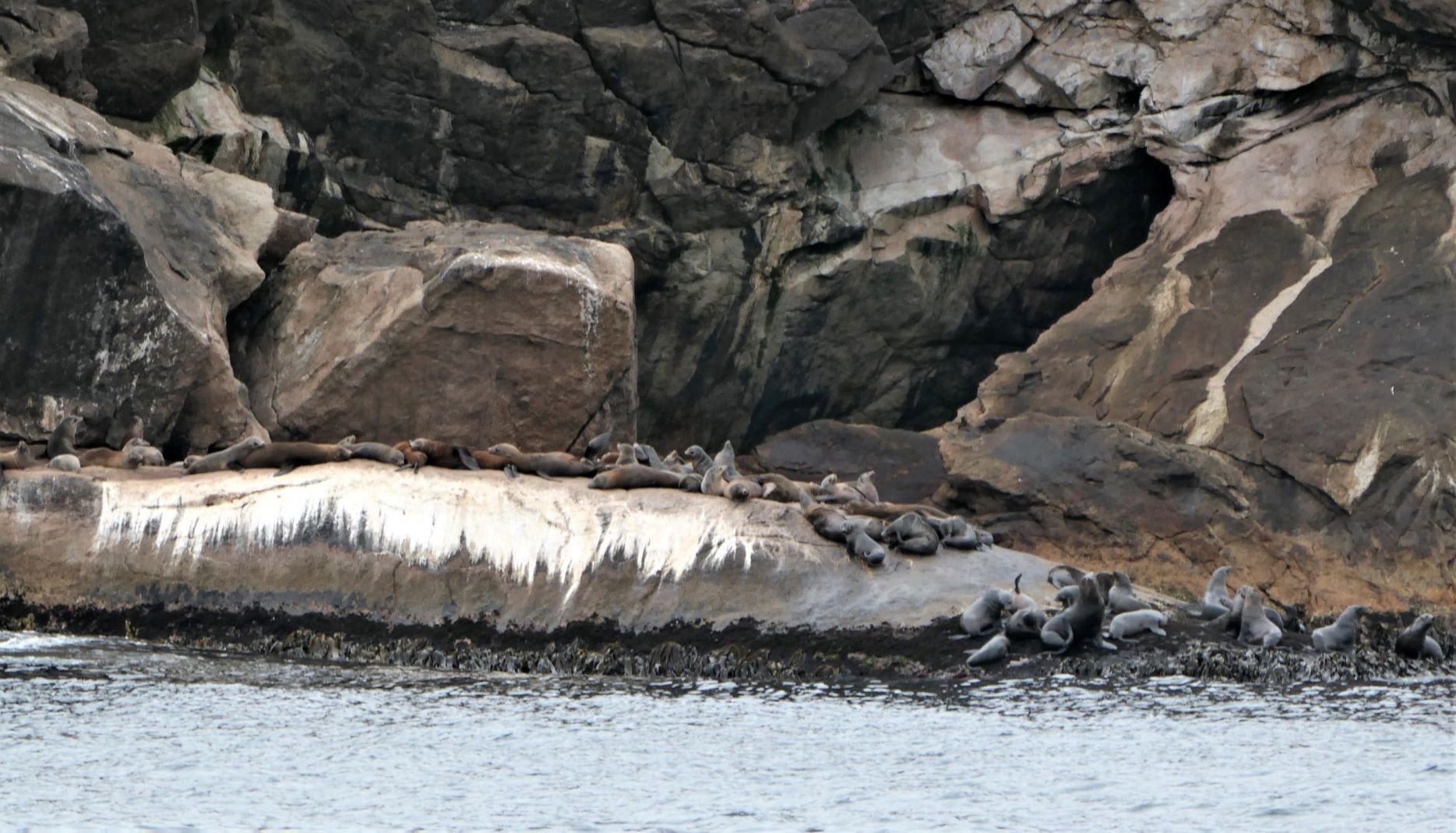 We arrived in Shoal Bay on Maria Island around 3pm. Alex thought about going swimming, but the water was a chilly 17oC!  Instead I put the fishing line over the side and very quickly caught a big flathead and a large calamari squid.  So that’s tea sorted. 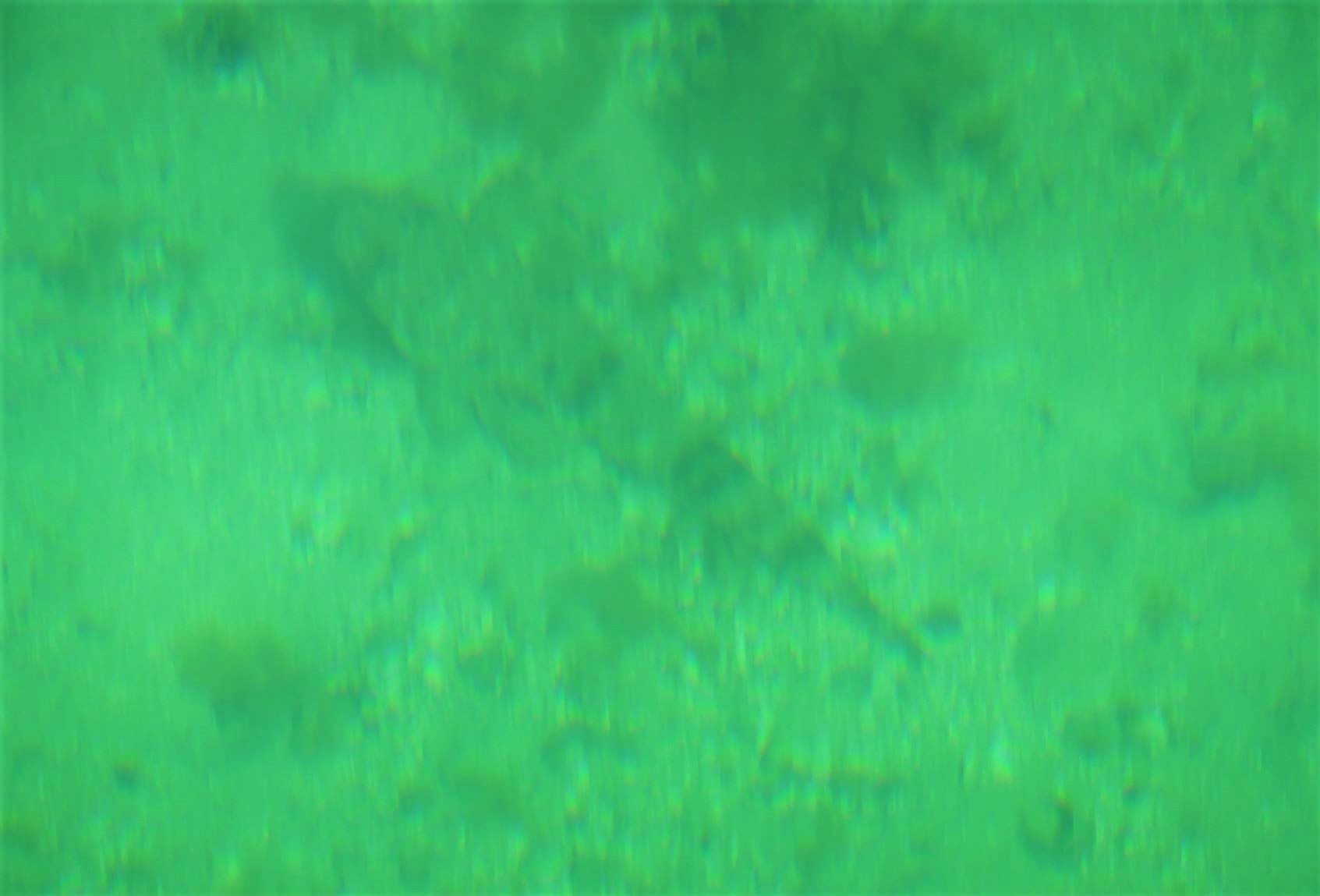 Look closely and you'll see the flathead sitting on the seabed!

A quiet night, watching “The Mercy” – a sad movie about a competitor in the Golden Globe Race of 1968 who didn’t make it home.

This morning we got up late, had bacon & eggs for breaky and then did some serious lazing around. 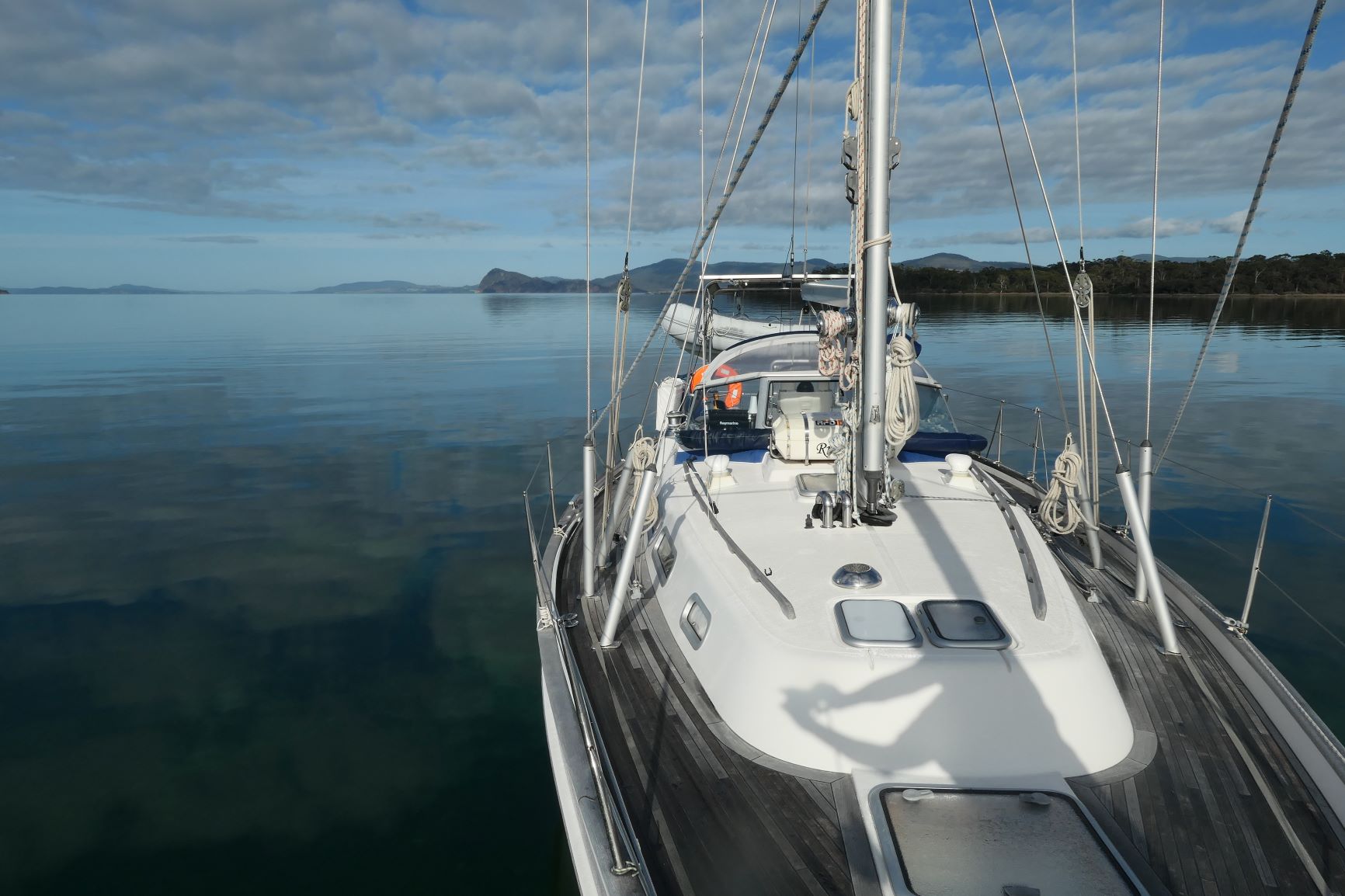 By lunchtime the water warmed up to a balmy 18.5oC so I put on my shortie wetsuit and did a few laps around the boat!

We decided to go over the the Marion Bay bar around 5pm (near high tide) and spend the night at Dunally, ready for an 8am transit through the Denison Canal and into Norfolk Bay.

We lifted the anchor in Shoal Bay at 3pm and started off, only to realise that the speed log wasn’t working.  Damn!  We were still in only 5m of water, so we quickly put out the anchor and 15m of chain and Alex went over the side to investigate – there was something stuck in the paddle wheel that he cleared.  We were underway again in 15 min!

It was pretty shallow when we crossed the bar – only 1.3m under our keel, with a 1.5 - 2.0kt current pushing us in.  We carefully felt our way from channel marker to channel marker – the lowest depth we saw was 0.0m below our keel, but it must have been seaweed making it seem so shallow because we didn’t stop moving.  We were very pleased to see that the MAST public mooring at Dunally was unoccupied so we picked it up at 6pm and I headed below to make a quick spaghetti carbonara for dinner.

Tomorrow’s destination is Kettering, so the adventure is almost over!