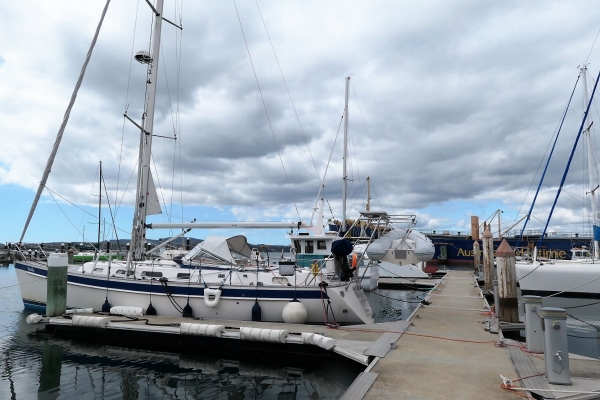 We spent a week happily lounging around, visiting family and friends, and playing with our grandson, but with one eye on the weather forecasts.  A 2-3 day window of light winds seemed to be consistently showing for the end of the week, so we gathered up provisions and motored out of of the marina on Thursday morning.

We passed this submarine which is parked near HMAS Cerberus base. 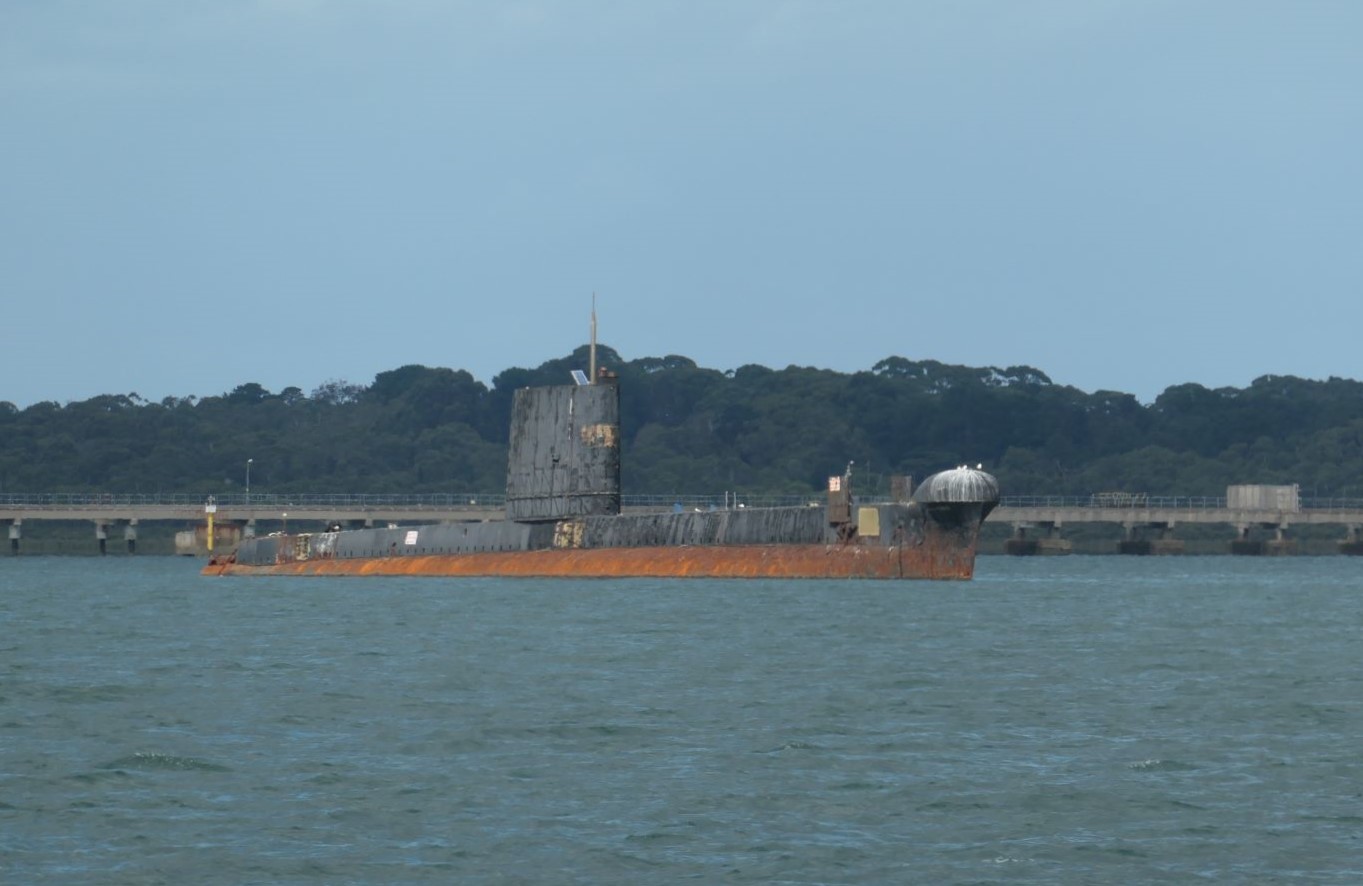 Alex made an error in his calculated tidal table so we ended up punching our way out of Westernport with up to 2kts against us!  The first day’s destination was not far – just around the other side of Phillip Island to Cleeland Bight.  We motored all the way in an uncomfortable chop and dropped anchor in one of the rare weed free areas, just off a huge sand dune.  The wind shifted around from SE to N overnight, but the anchor held well. 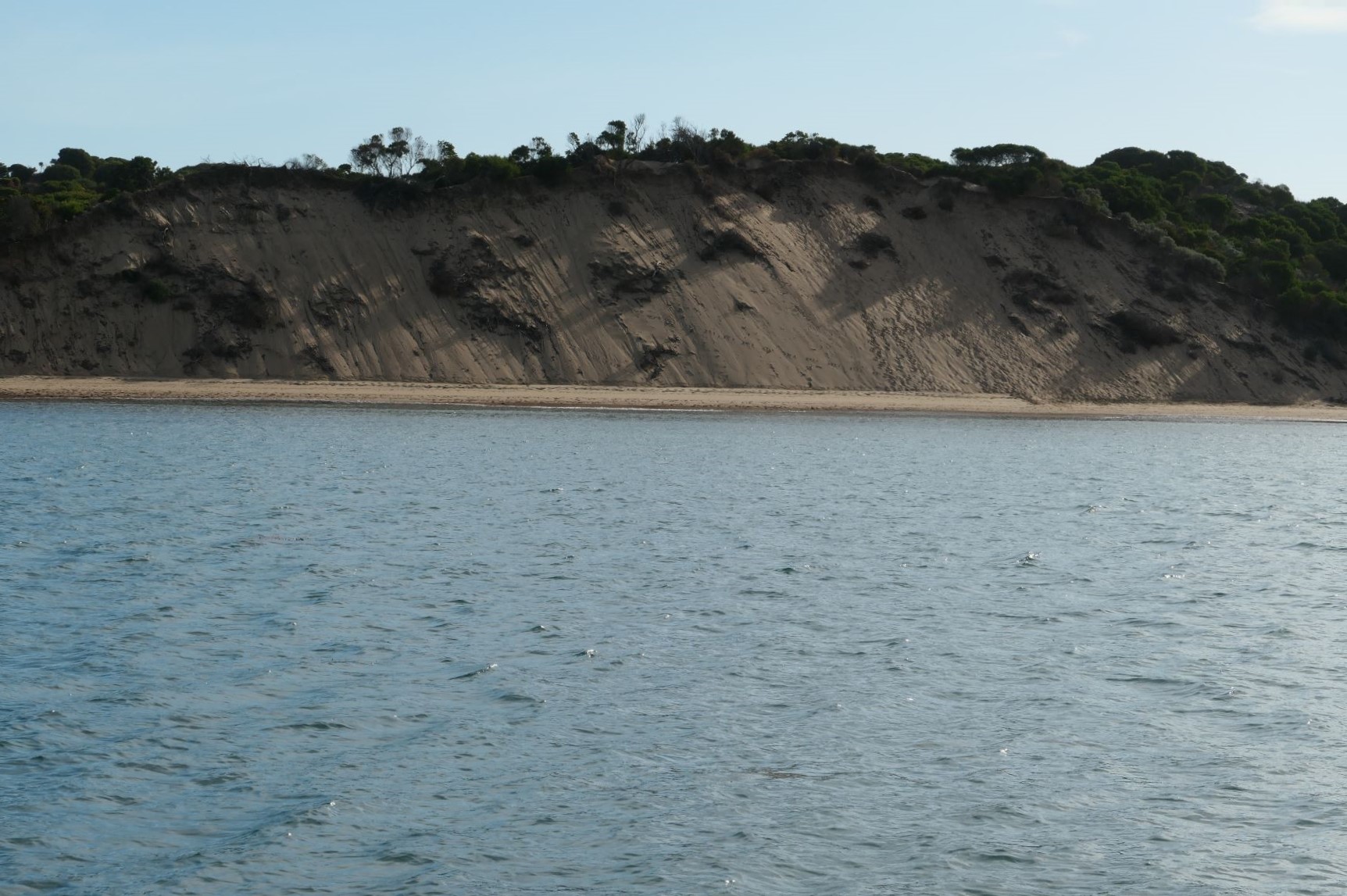 We left Cleeland just before 7am, with intention of sailing 8-9 hrs to Oberon Bay for the night and then crossing Bass Strait the next day.  But as we rechecked the weather, we realized it would be a peaceful night for crossing and so we turned right and headed strait for the Tamar.

And peaceful it was! There was no wind and so we motored, with just the main up for stability, all the way across.  We did 167miles in 27.5hrs – that’s an average of 6.1kt.  There was very little shipping traffic to watch out for – just before we got to the Tamar River entrance we saw this fishing boat under tow.

Unfortunately, I thought I would be ok and didn’t take any seasick medication, but the roll of the swell got to me and I felt pretty awful for the first half of the trip until the meds that I belatedly took kicked in. 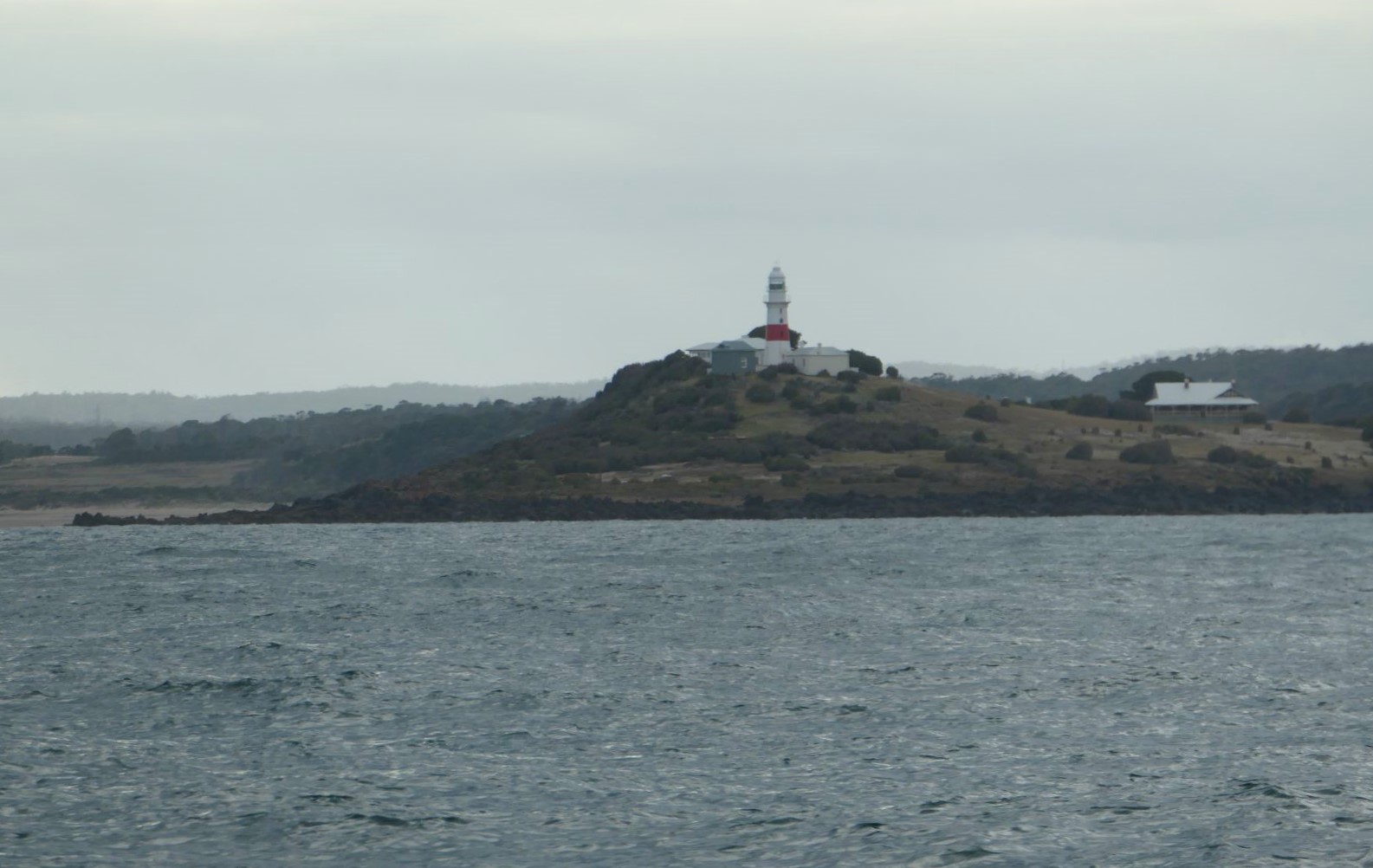 We arrived at the Tamar River entrance around 8:30am and were tied up at the Tamar Yacht Club by 10:30.  First order of business was a shower, followed by a nap and then to the pub! 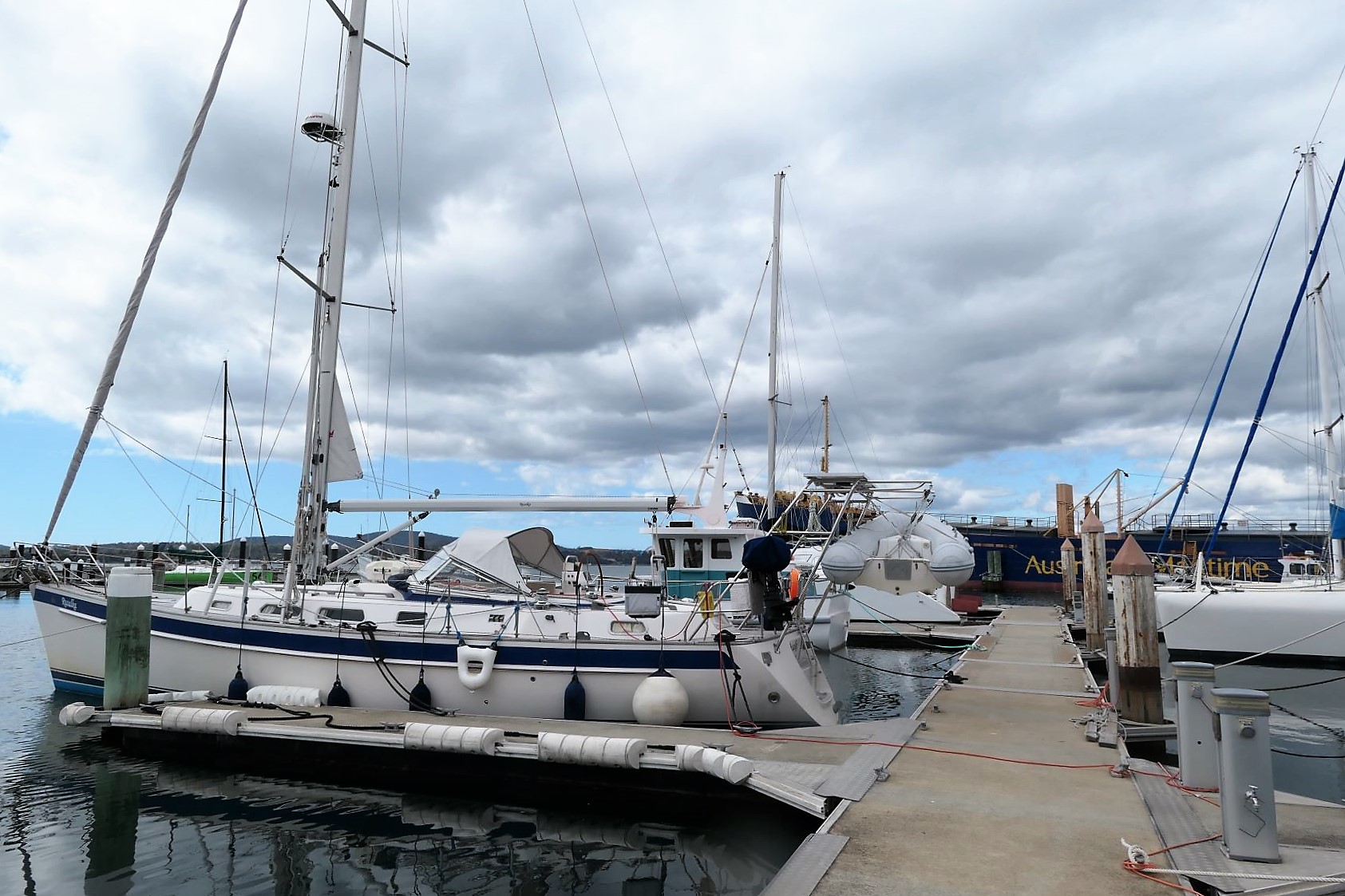 We’ll be here for at least 4 days.  On Monday we’ll go to a friend’s wedding anniversary lunch near Launceston.  We thought that we would have to miss the event due to our cruise, so it's a happy coincidence that we turned up here in time to go.  There is also some windy weather coming on Sunday and early in the week, so we’ll just have a relaxing layover before continuing back home.