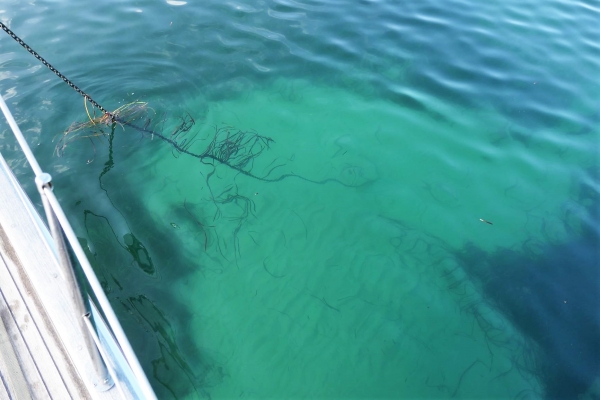 I was very pleased to see that my anchor drop the previous day had been accurate and we had indeed dug well about 1m from the small sandy spot I’d aimed at. 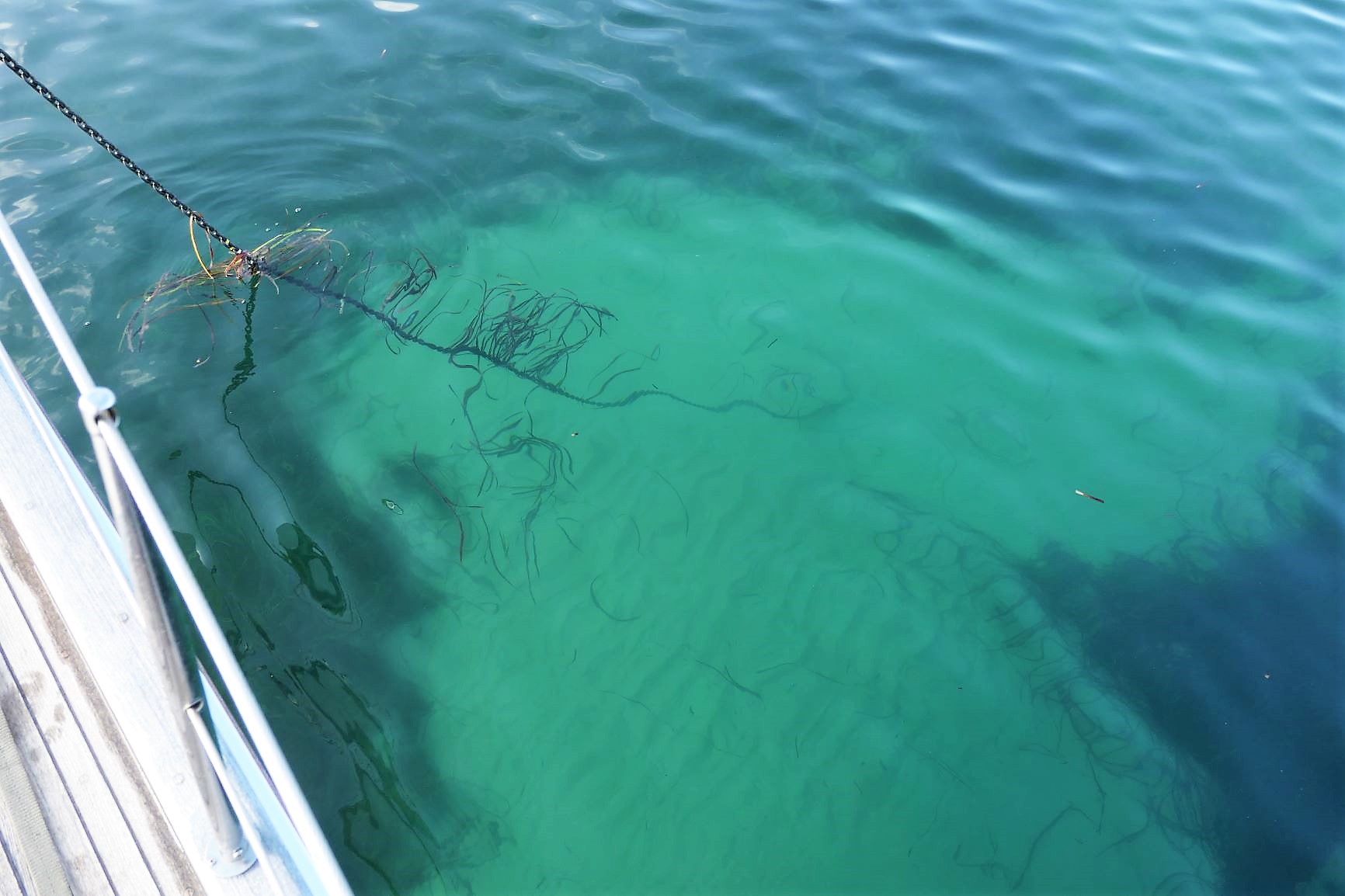 We had a beautiful beam reach sail for just a couple of hours north to Port Davies, where we picked up a MAST public mooring.  The wind was coming into the bay, but not too much chop, so we took the dinghy ashore to visit the Wybalenna historic site.  This is the site where the colonial government placed some of the last Tasmanian aborigines in the 1830’s in an attempt to protect them.  Sadly, many of these displaced people died on the island and eventually the remaining few were transferred to Oyster Cove in southern Tasmania (not far from where we keep our boat). 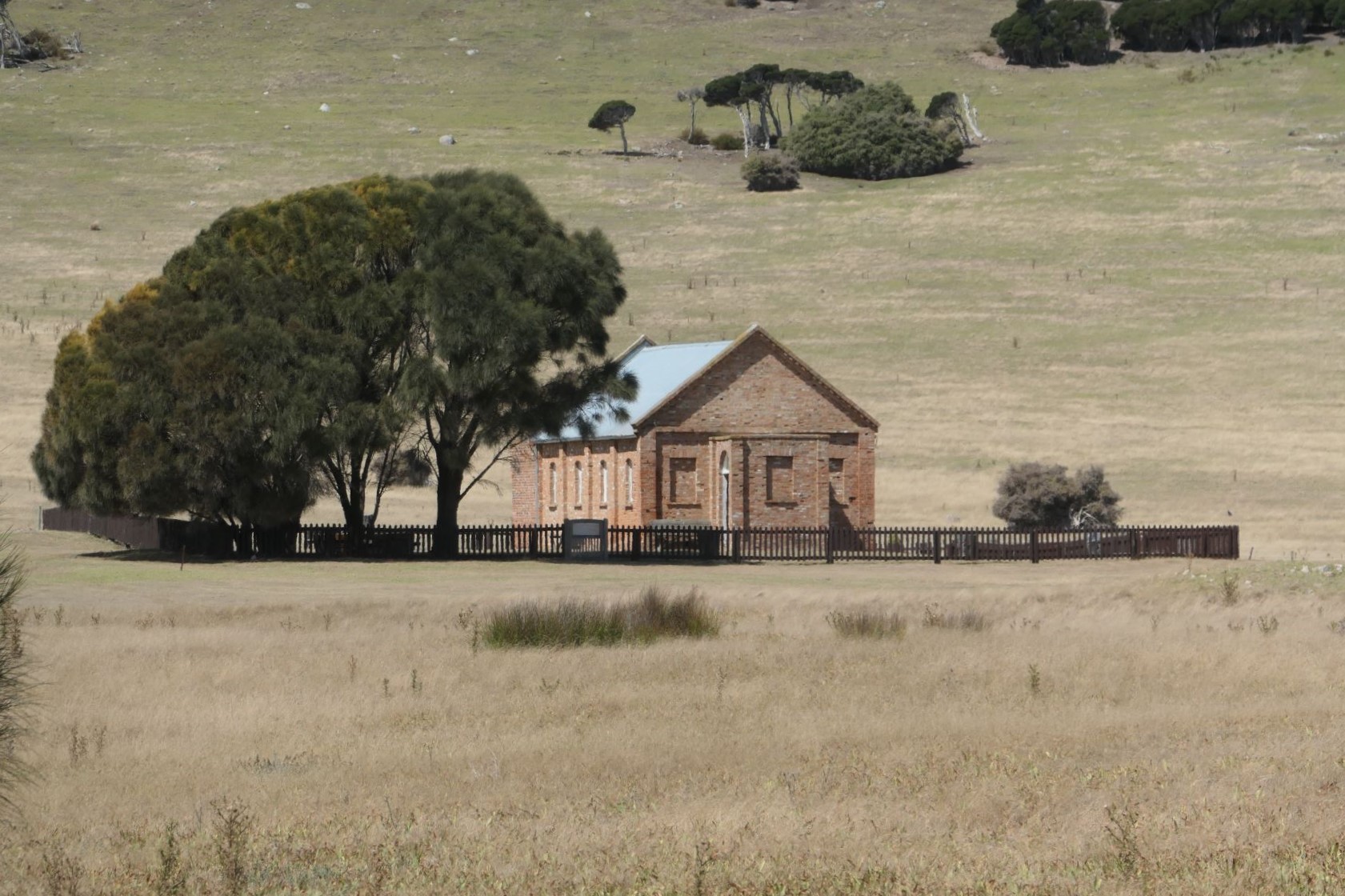 We walked down the road for about 20 minutes toward Wybalenna – the only remaining building is the brick church.  Just as we were about to approach it for a look around, a car pulled up and a local couple offered to drive us to the Furneaux museum, which I had also wanted to see, so we hopped in.  It turned out to be a longish drive – at least a few more kilometers away and we were a bit concerned about a long walk back to the dinghy, but we enjoyed the well-organised regional history museum.  We managed to hitch a lift back, but felt pressed for time and went straight to the dinghy.  It’s a good thing we did, because the tide was lapping at the transom and soon it would have lifted the dinghy onto some sharp rocks!  No harm done so back to Rusalka for a quiet evening watching a video.

Up early and off at 6:30 to Deal Island.  It was a pretty good sail all the way, although a bit choppy and I was feeling a bit ordinary. 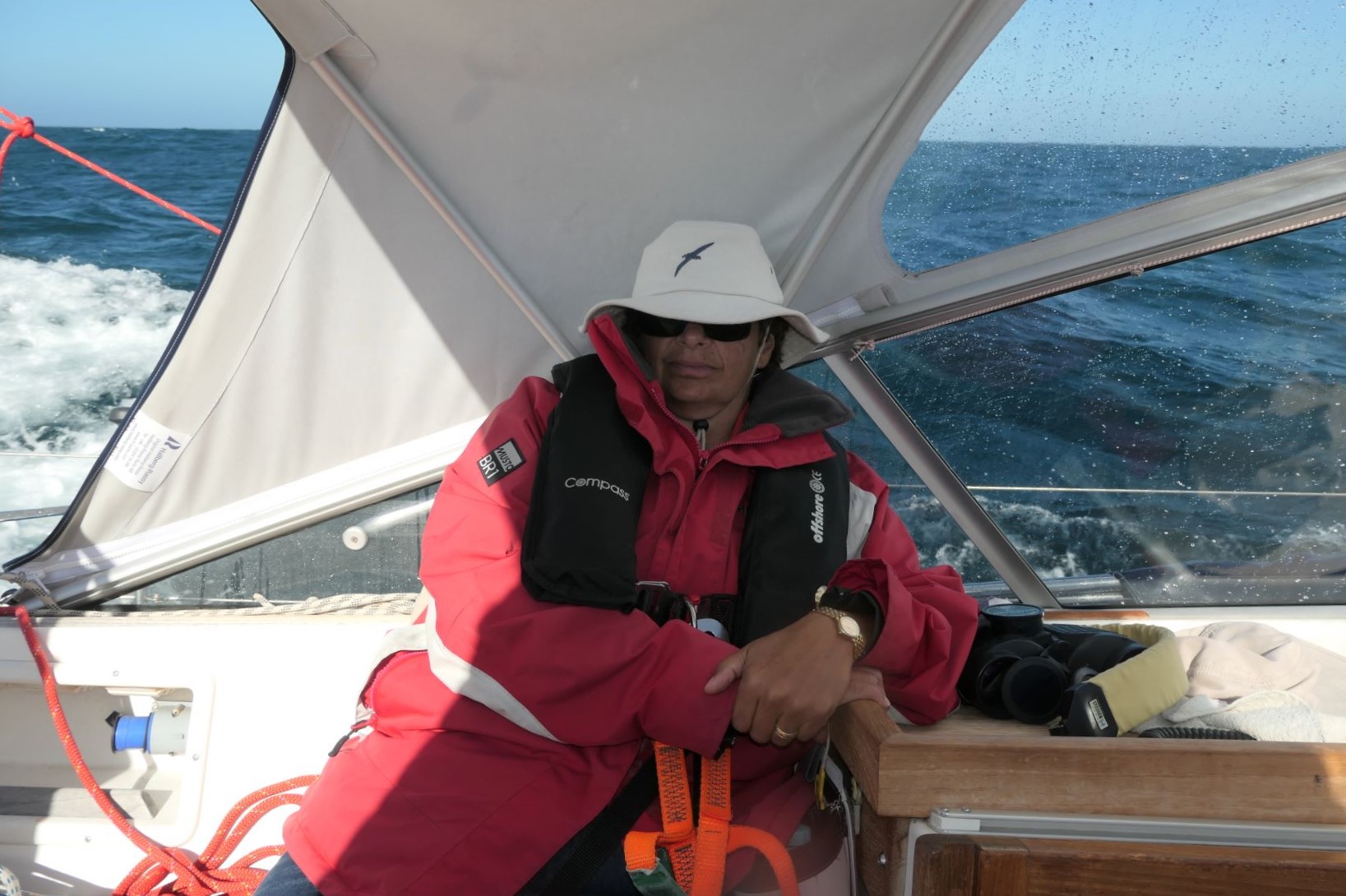 We entered the narrow Murray passage, which runs between Deal and Erith Islands, at the bottom because we hadn’t seen this side of the island on our precious trips. As expected, the tide was running against us at 2kts, but the motor pushed us onward.  There were 3 boats in East Cove already and we tried to find a clear patch to anchor between them, but with the swirling current and a dodgy bottom it took 3 goes to get the anchor to set.  We decided against going ashore to visit the caretakers in the old lighthouse keeper’s quarters as it was getting late and we had a long trip the next day, but it was nice to see everything from the bay, including the remains of the old track used to lift supplies. 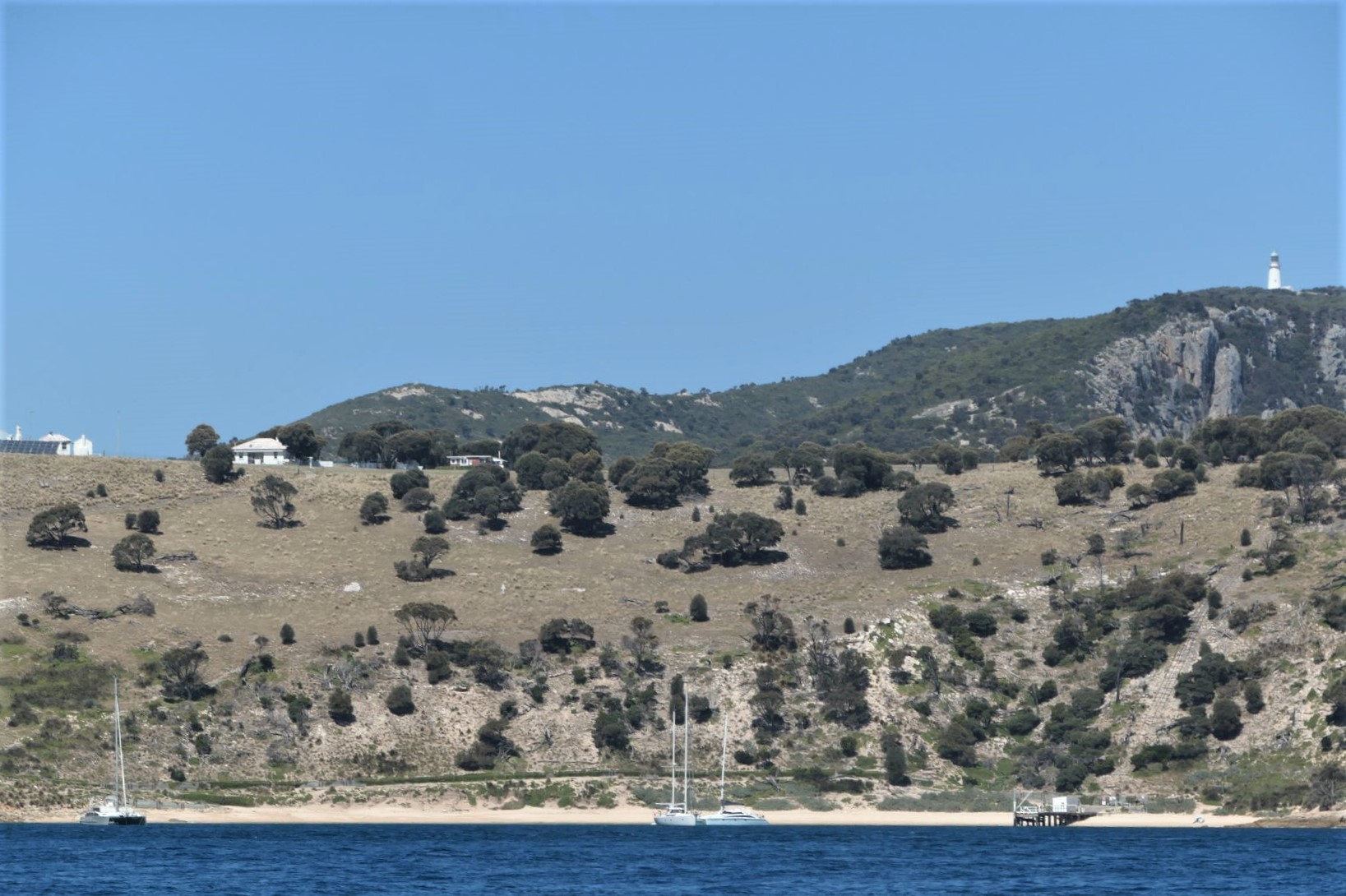 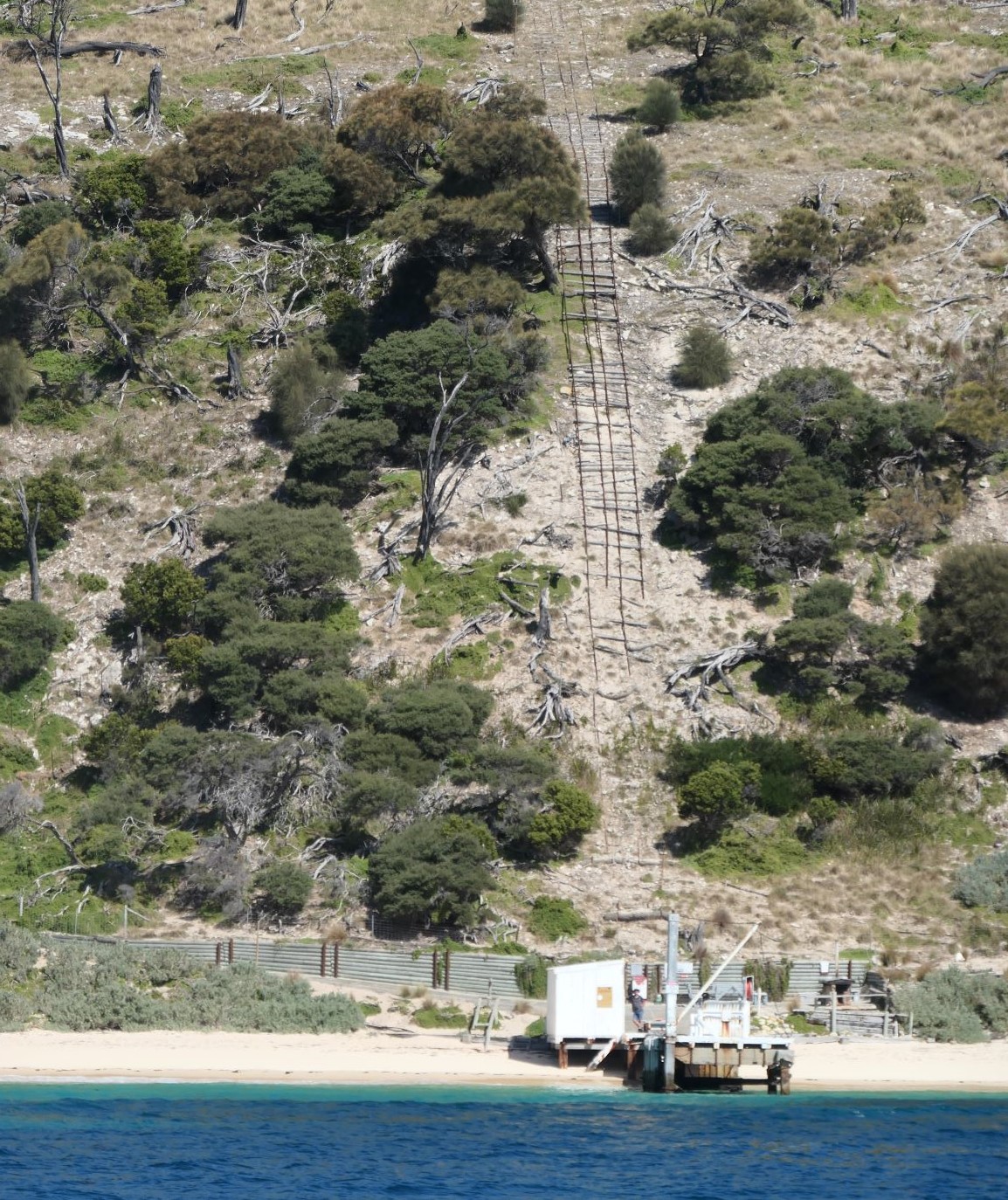 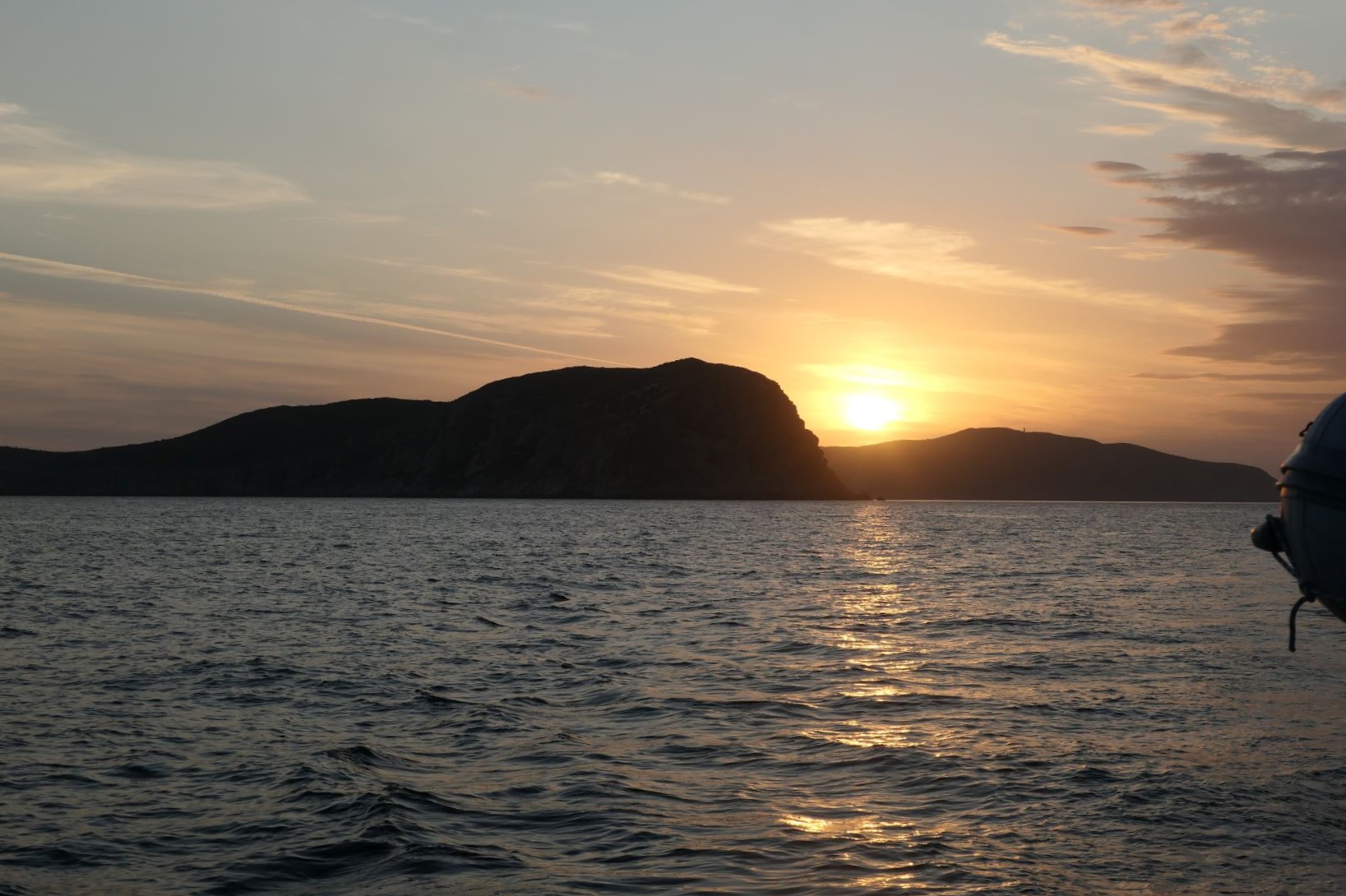 Another early start for a 10 hour passage to mainland Victoria.  Because of the forecast easterly winds overnight we headed for Oberon Bay on the western side of Wilson’s Promontory. Unfortunately, that meant beating into a WSW breeze that built up in the afternoon.  Not a civilised way to sail!  We passed many offshore islets and rocky outcrops like this one: 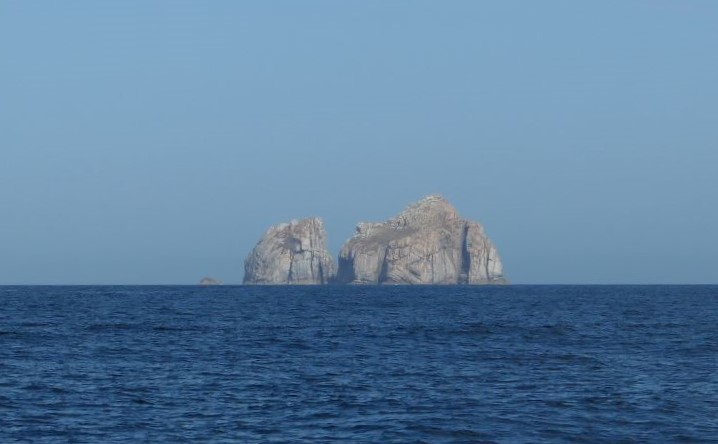 We anchored in Oberon, a wide, gently sloping sandy bay, in 15kt WSW winds with slop rolling into the bay, slapping against the hull.  Another noisy night for sleeping!  By midnight the wind had turned around to the east and the slapping noise soon eased.  Today’s forecast is for strong easterlies, building to 25-30kts, so we have declared a rest day on board Rusalka!  Bacon and eggs on toast for breakfast, followed by the search for an internet signal.  Alex hoisted our little wifi hotspot unit up to the top of the mast and we were able to get enough of a signal to download the weather and get our news fix. 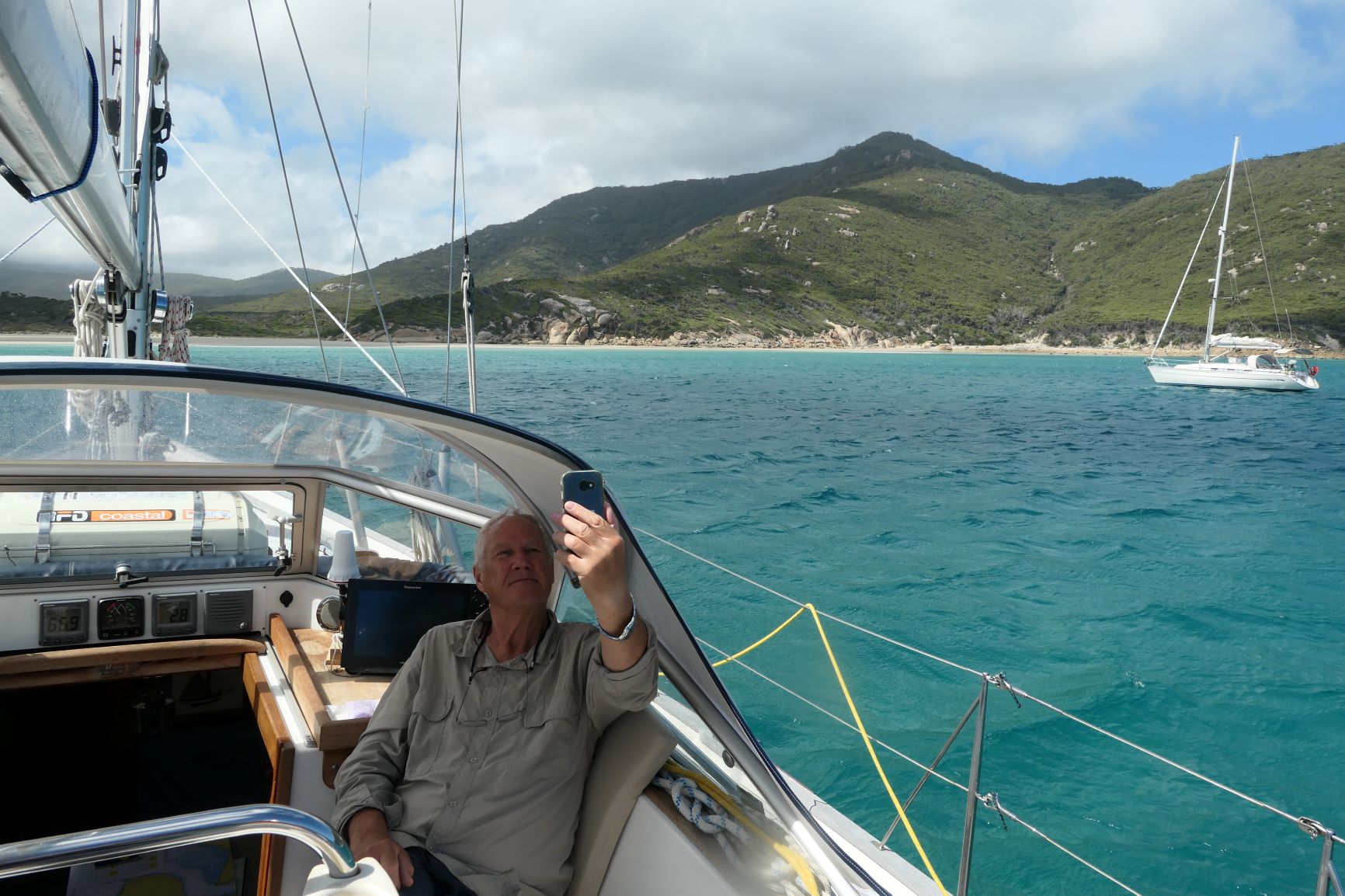 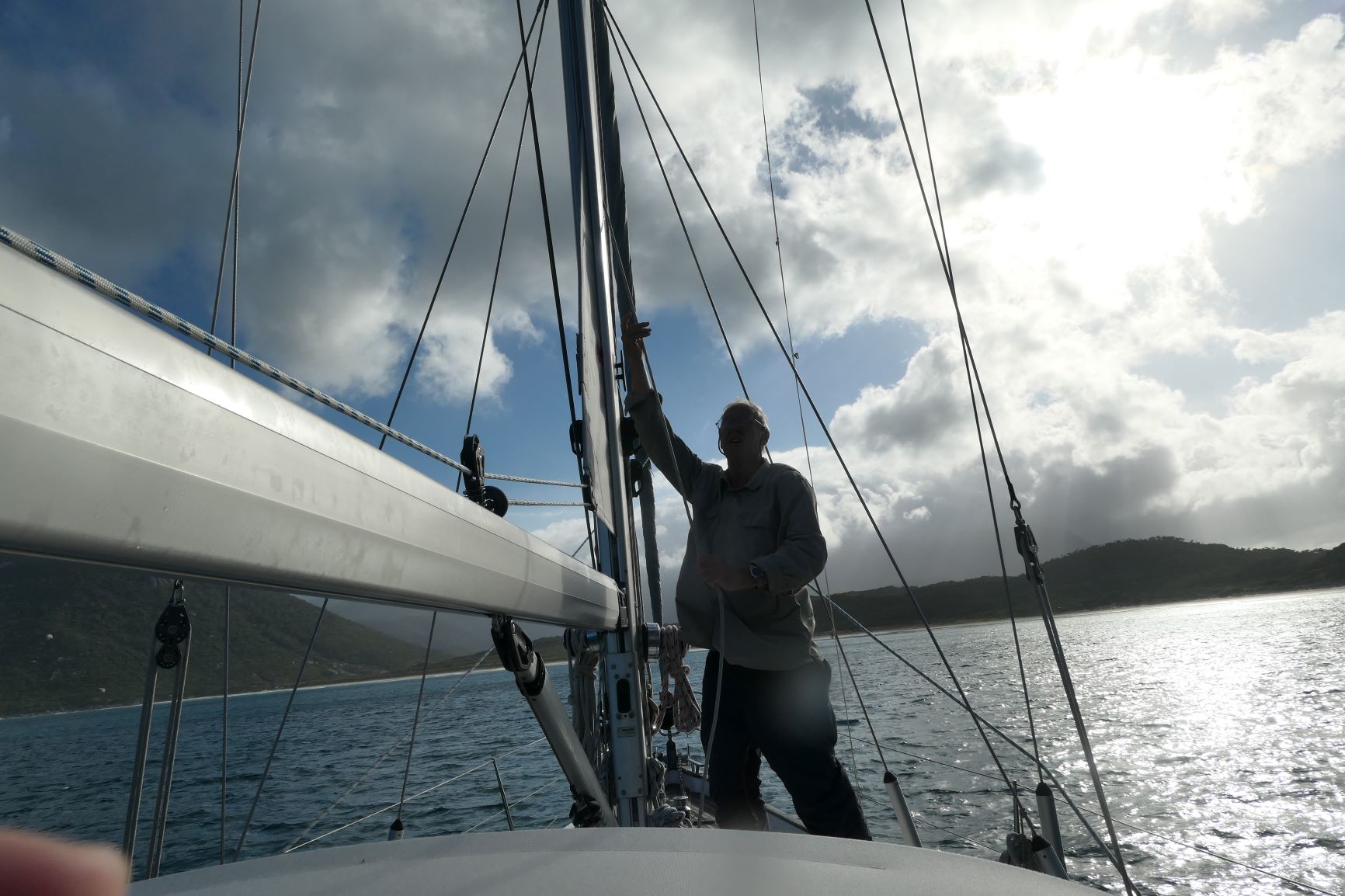 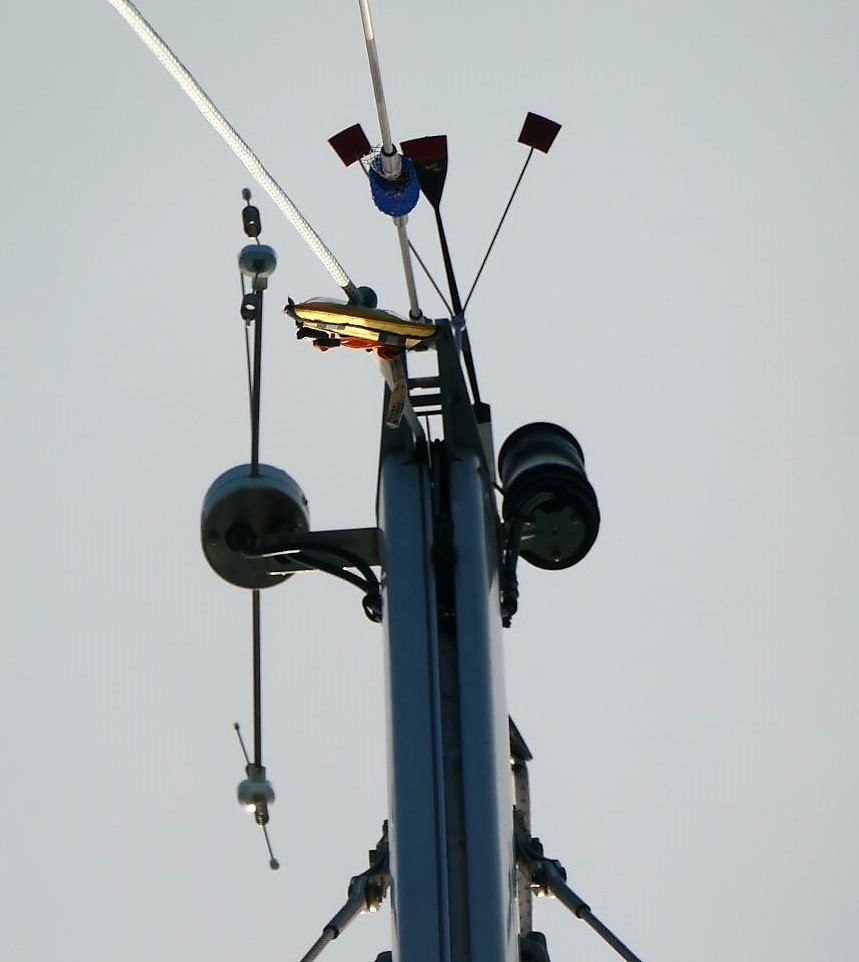 Wifi in the yellow bag at the top of the mast