Hobart to Victoria: On to Flinders 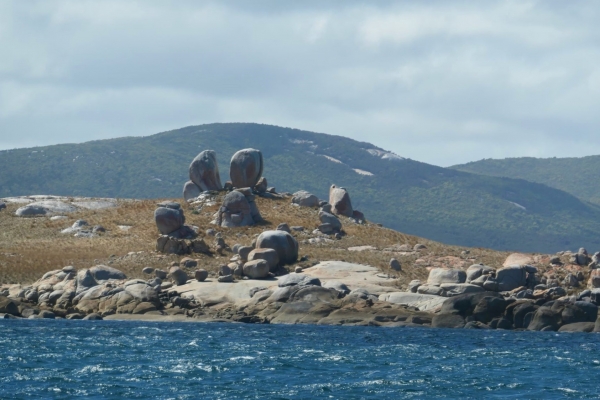 Binalong Bay turned out to be a horribly rolly anchorage, with the swell coming in on our quarter and slapping the hull outside our aft cabin.  At midnight we couldn’t take the noise any more and decamped for berths further forward!

After a poor night’s sleep we decided to head 3 hours around the NE corner of Tasmania to Eddystone Point.  I quickly set some bread dough to rise and we set sail. 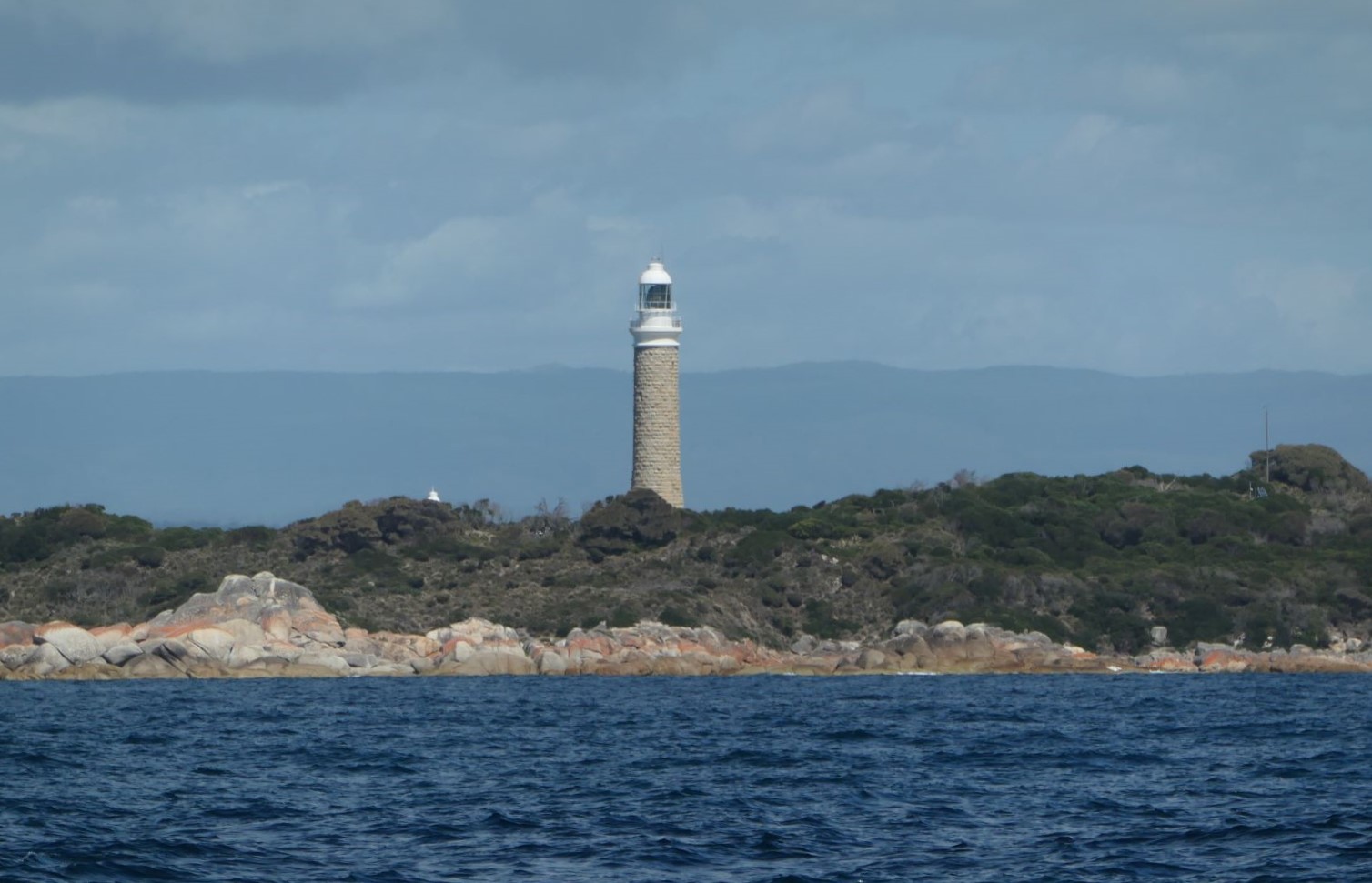 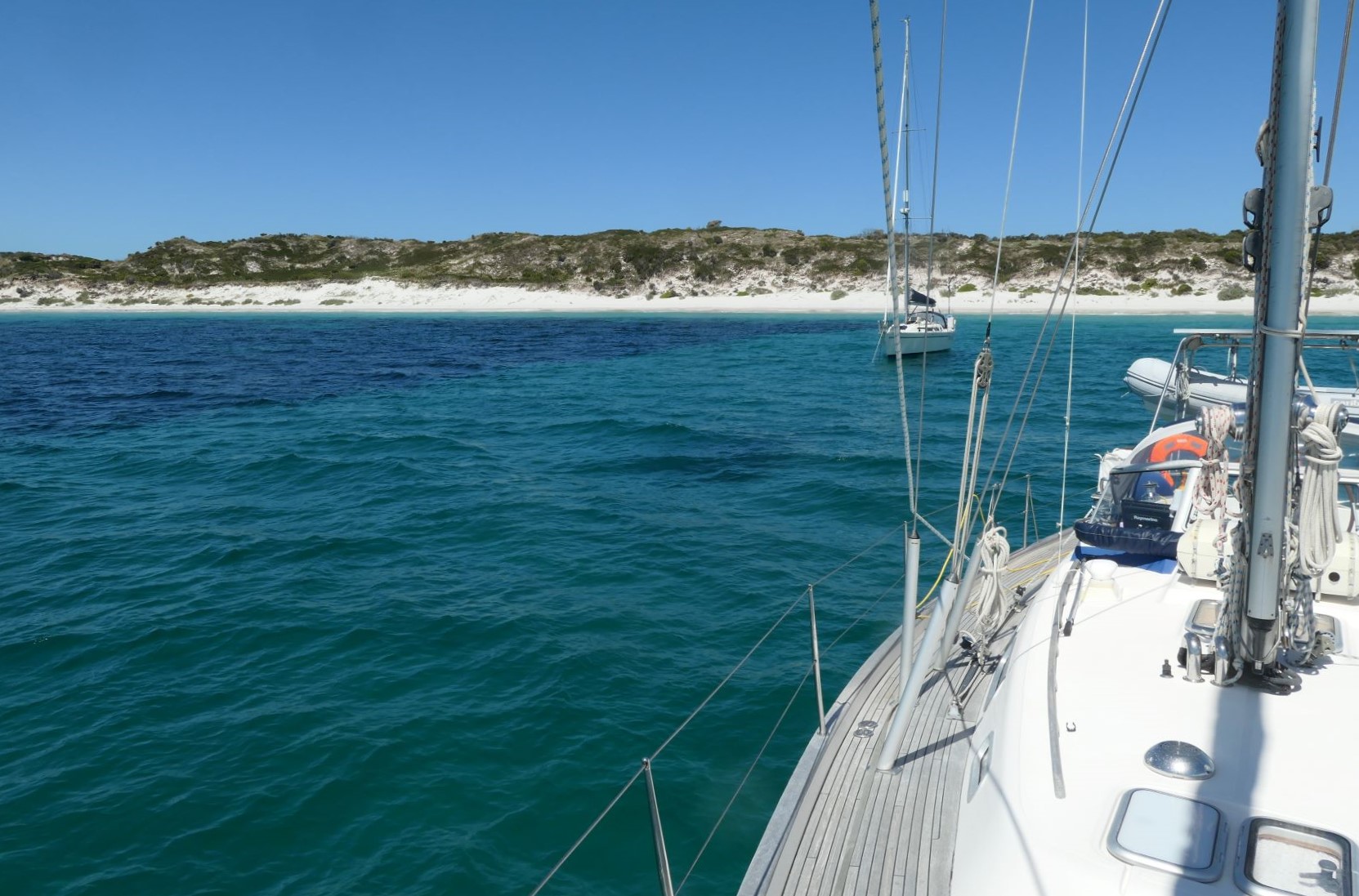 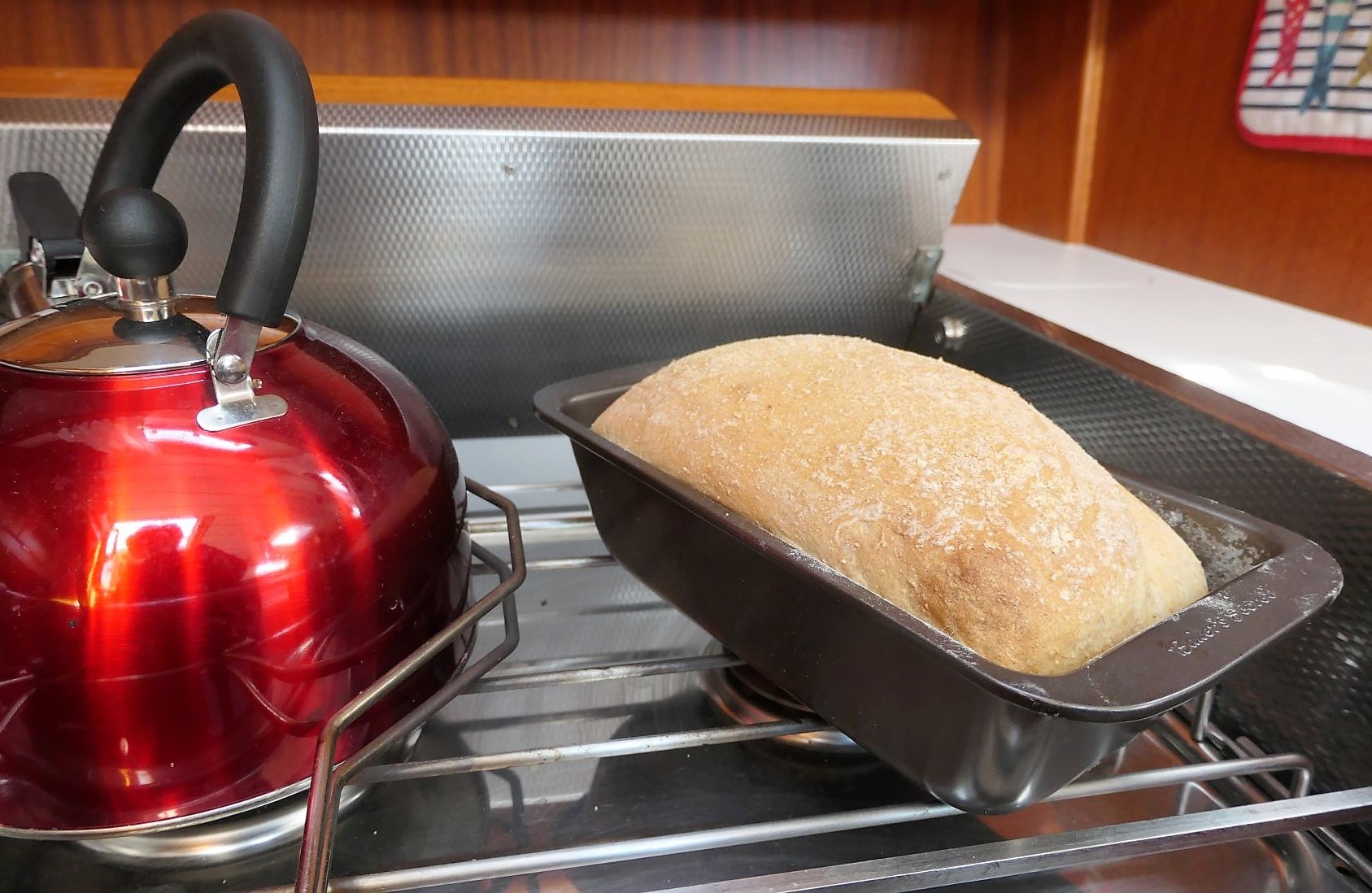 We anchored in Picnic Corner just as the bread was coming out of the oven.

This is a beautiful bay just behind the Eddystone light.  The anchorage gradually filled up with other boats waiting for the next day’s favourable tide and wind to allow them to comfortably and safely transit Banks Strait.  There were scattered calls on the VHF between fellow travelers checking the tides and forecasts and agreeing on the best departure time.  Yup, they all came to the same conclusion that we did, so at 5:30 am precisely the sound of chains rattling into lockers could be heard all around and we all set off into the predawn.  The moon was ¾ full so there was plenty of light to see the rocks around us and soon the pinks and light blues of dawn lit up the sky and the sun appeared. 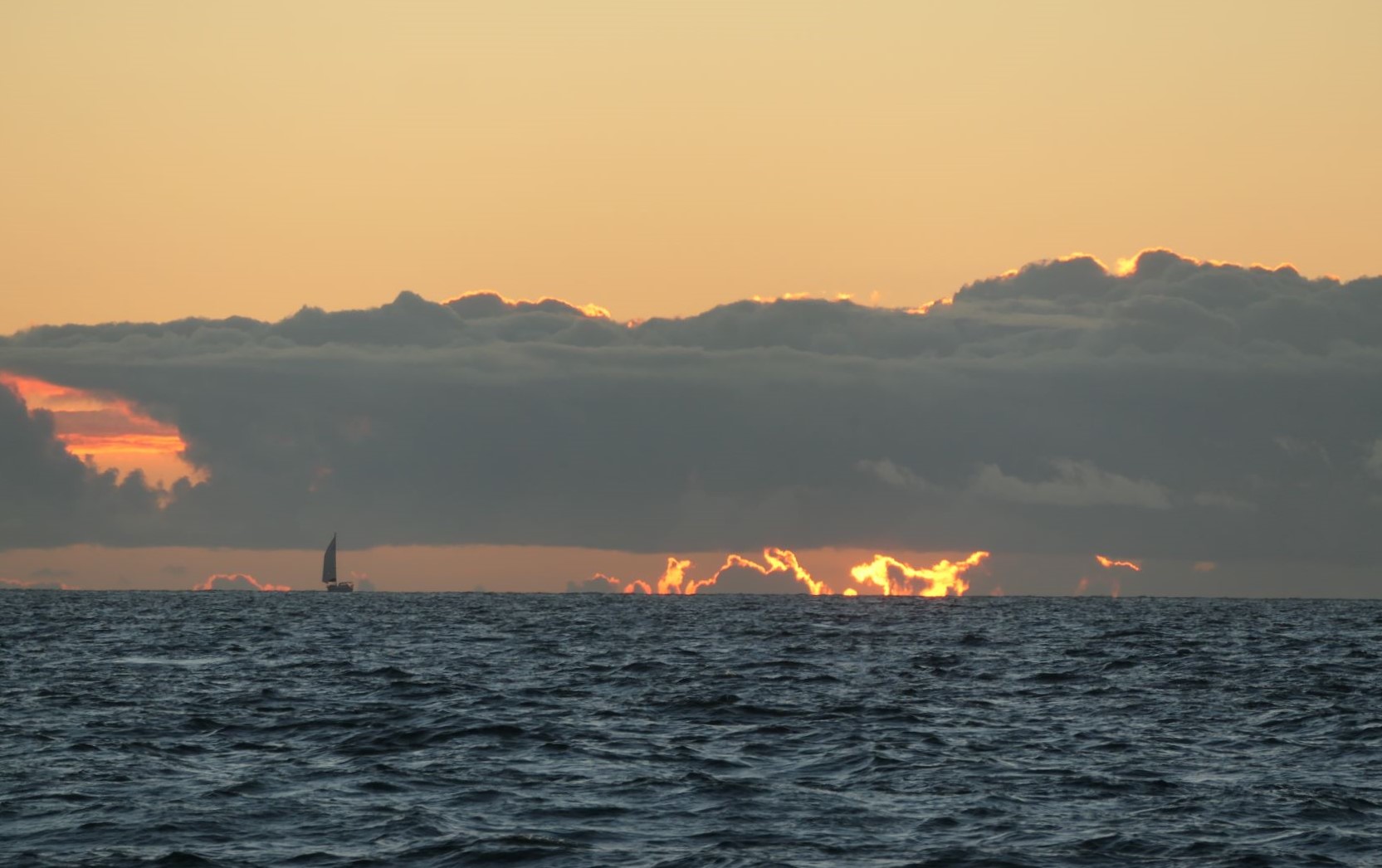 We hugged the Tasmanian mainland coast for the first couple of hours, passing close to the Musselroe Bay wind farm and Swan Island.

The SE wind was behind us at 15-20kts and we picked up 1-2kts of current to push us along at around 7-8kts – what a fun ride!  It got a bit blowier as we neared Flinders Island, but there were some interesting rocks to look at!

Soon we were tucked in behind Trousers Point in Fotheringate Bay.  The bay is full of seaweed, with only small patches of open sand, so it was with some pride that I managed to drop the anchor on a sandy patch on the first try and our anchor dug in fast.

This is a STUNNING anchorage, with 781m high Mount Strezlecki towering over the bay to the east, and orange lichen covered rocks to the west with a long stretch of beach in between.  Again, we have company, with 8 other boats sheltering from the 20kt easterlies here.  I suppose we can’t expect anchorages to ourselves at the height of the summer season in a Wooden Boat Festival year! 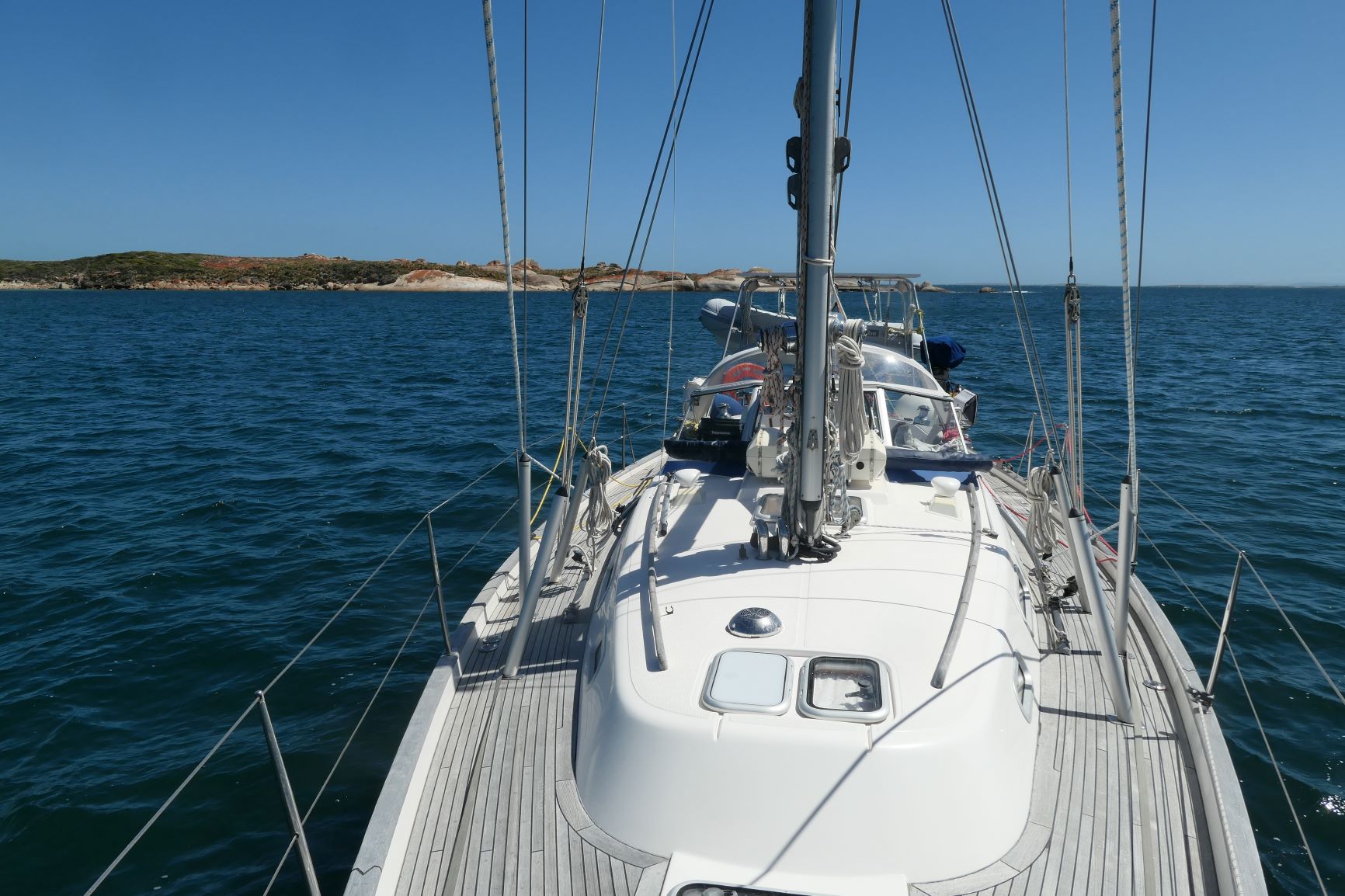 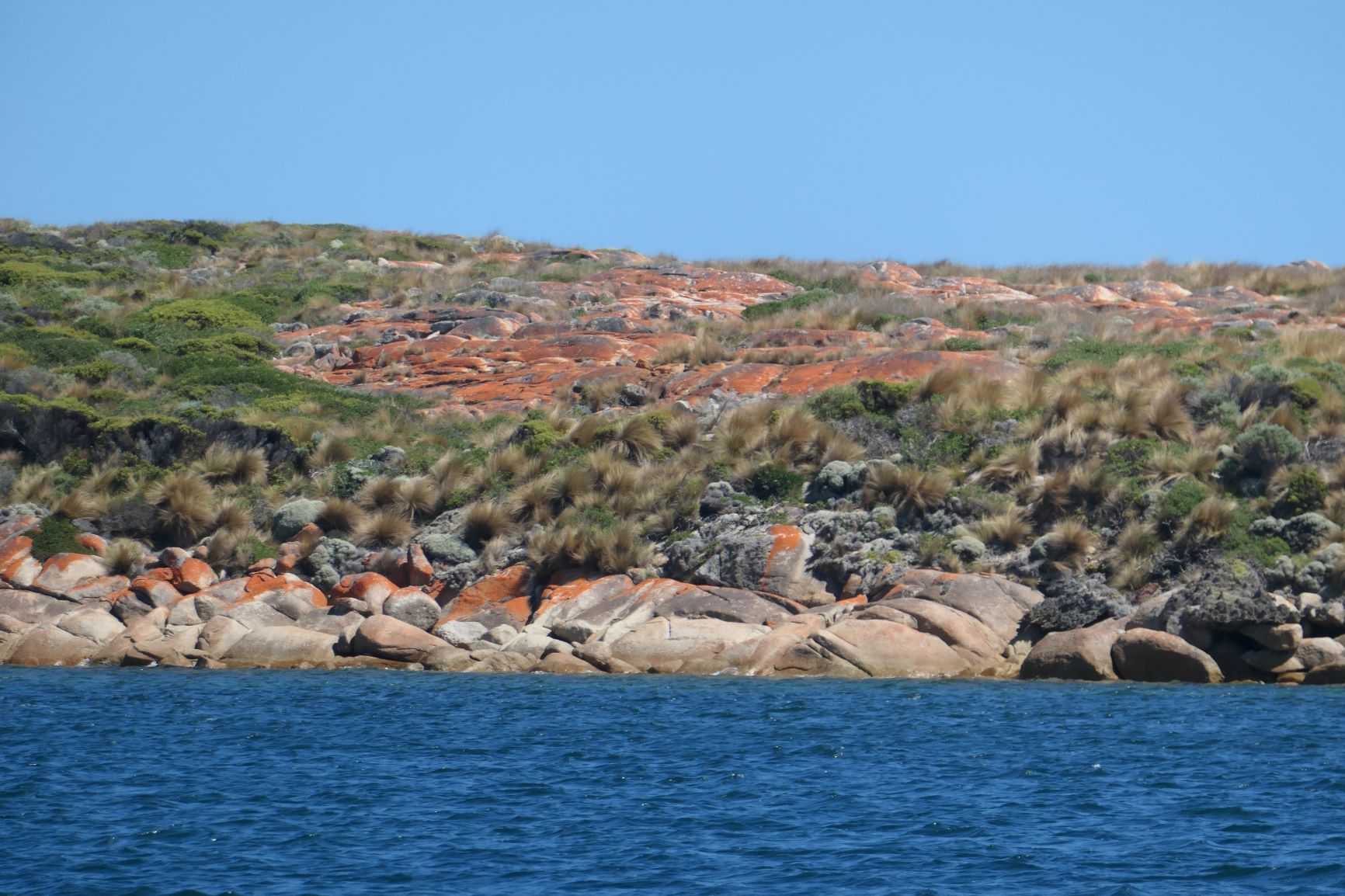 It looks like we’ll have easterlies for the foreseeable future, which limits our options for exploring.  So we’ll continue pressing on toward Victoria.