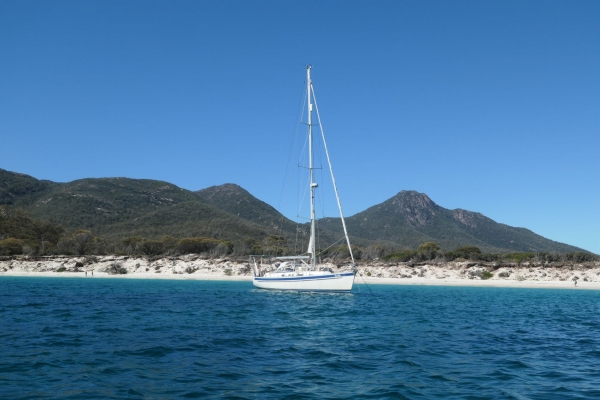 After a windy day and night at anchor in Shoal Bay on Maria Island (with strong wind shifts from the east, south and west), we set off for Wineglass Bay, further up the coast. 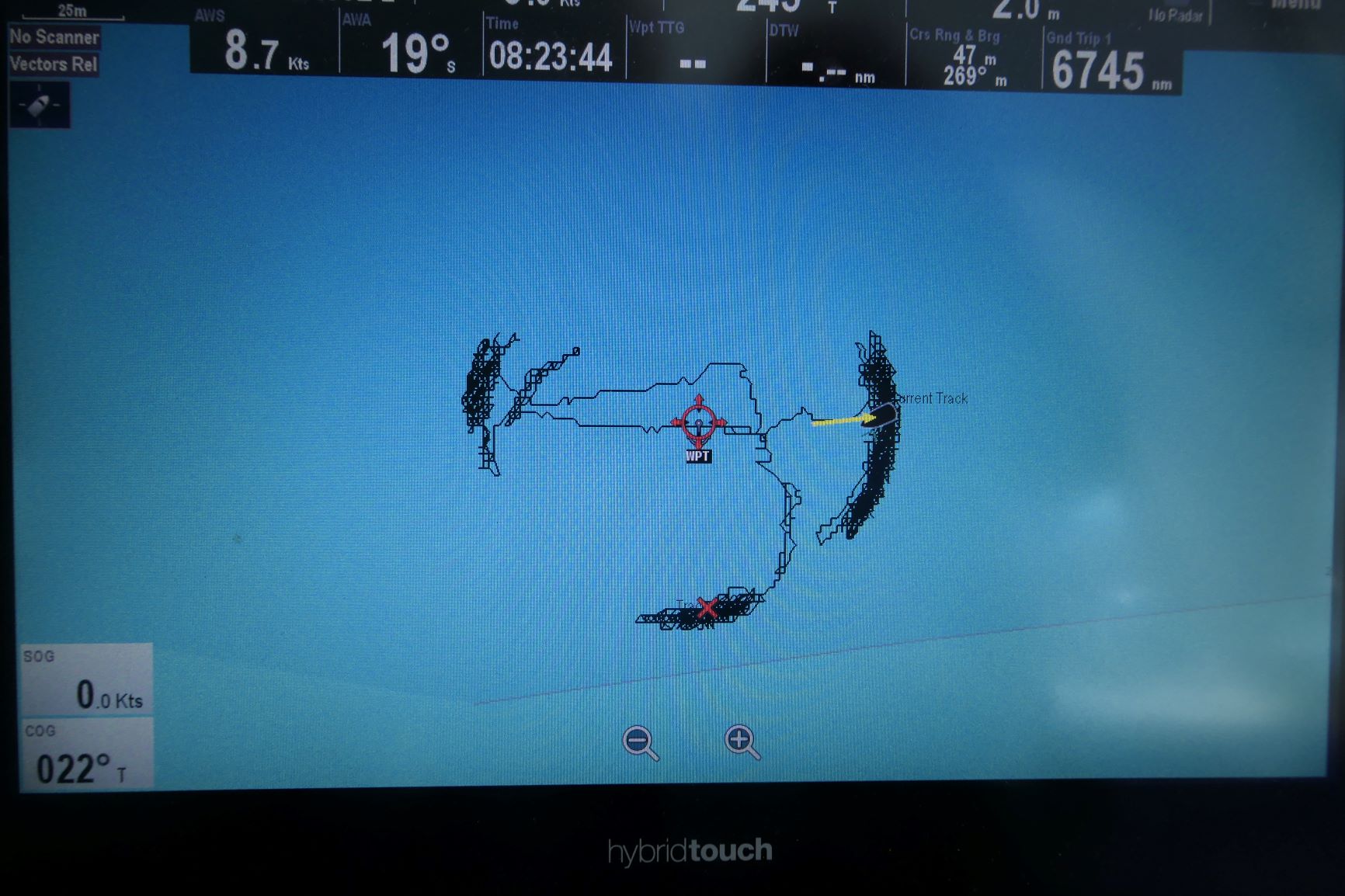 Chart plotter showing our track over the previous 24 hrs! 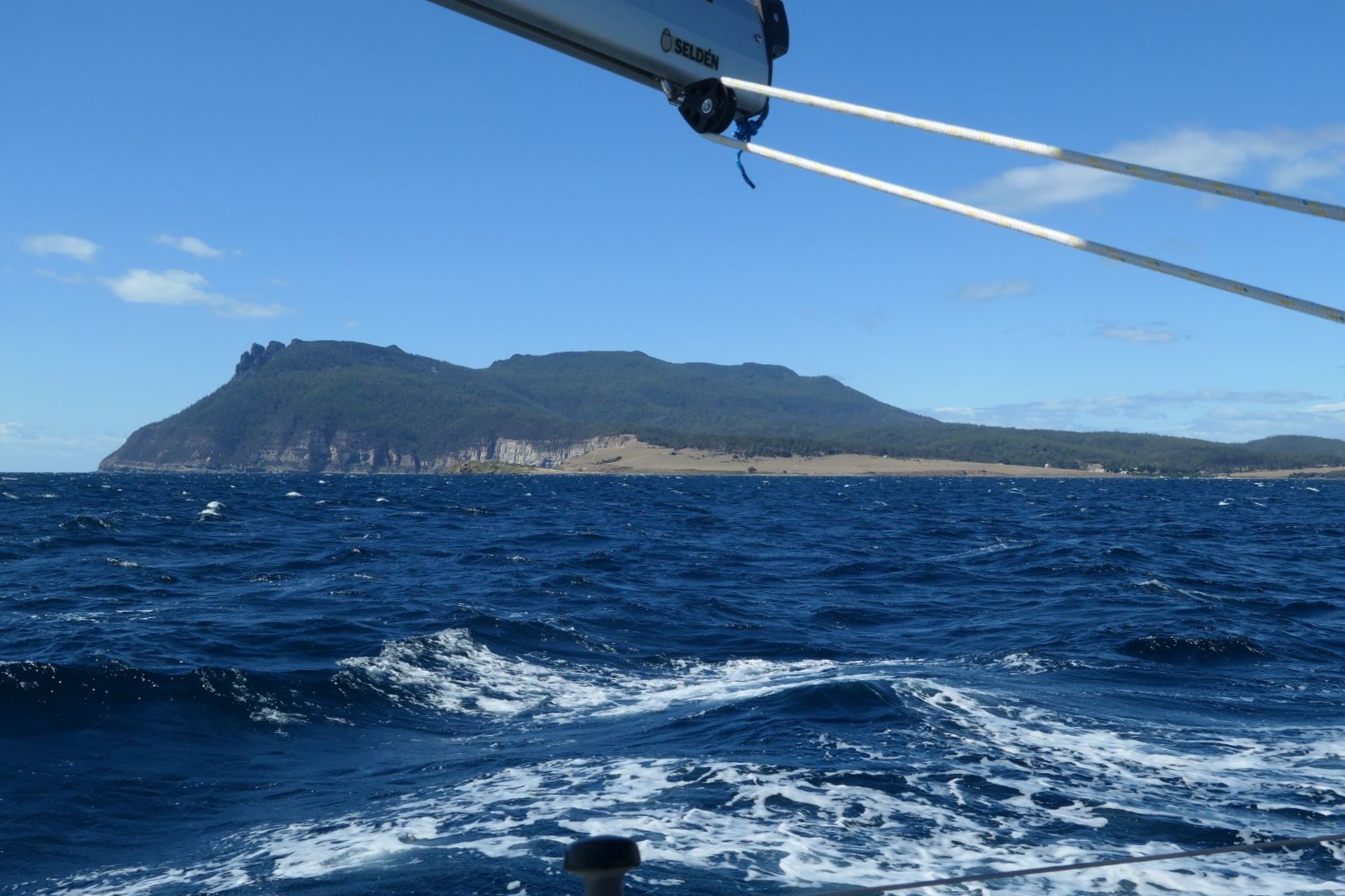 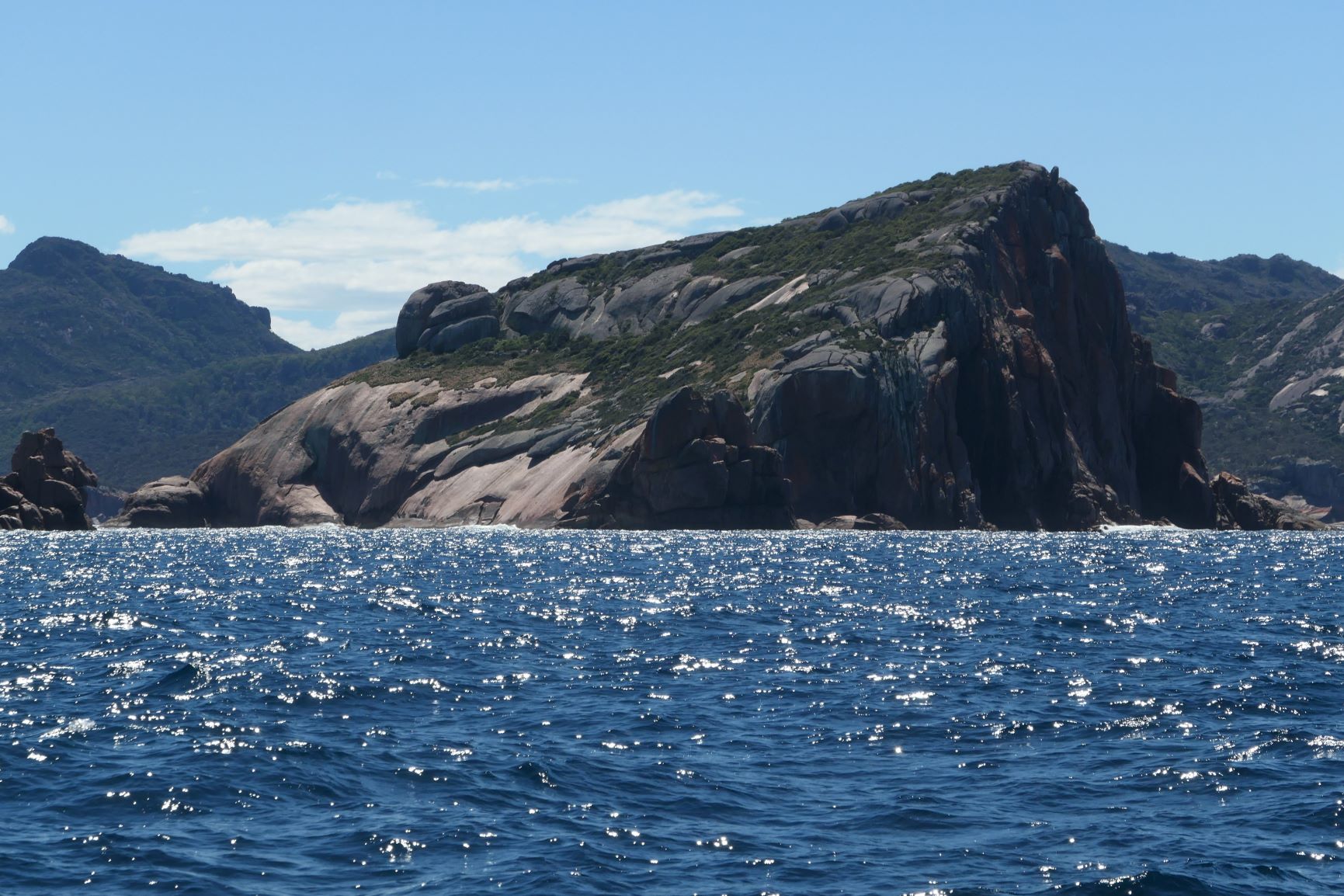 A fresh westerly wind died away as we approached Schouten Island and the motor went on to keep us from wallowing.  About 3 miles south of Schouten Is. Alex spotted whales spouting – it was a pod of maybe six whales in a group.  I’m not sure what kind as they didn’t look like the usual humpbacks or Southern right whales and it’s not migration season.  They might have been sperm whales.

As we pulled into Wineglass Bay we could see a forest of masts!  The Van Diemens Land Circumnavigation rally boats filled the southern (and most protected) end of the bay.  There were at least 23 of them there so we pottered up to the other end of the beach and dropped anchor fully exposed to any wind or swell from the east.  Fortunately it wasn’t a huge swell and the wind died away in the evening, but the roll and slop of waves against the boat made for a disturbed night’s sleep.

The next morning was bright and showed off this beautiful bay to its best advantage.  We took the dinghy ashore for a little walk and noticed that some boats had left the southern anchorage leaving room for us so we went back to Rusalka and moved into an empty spot amongst the armada. 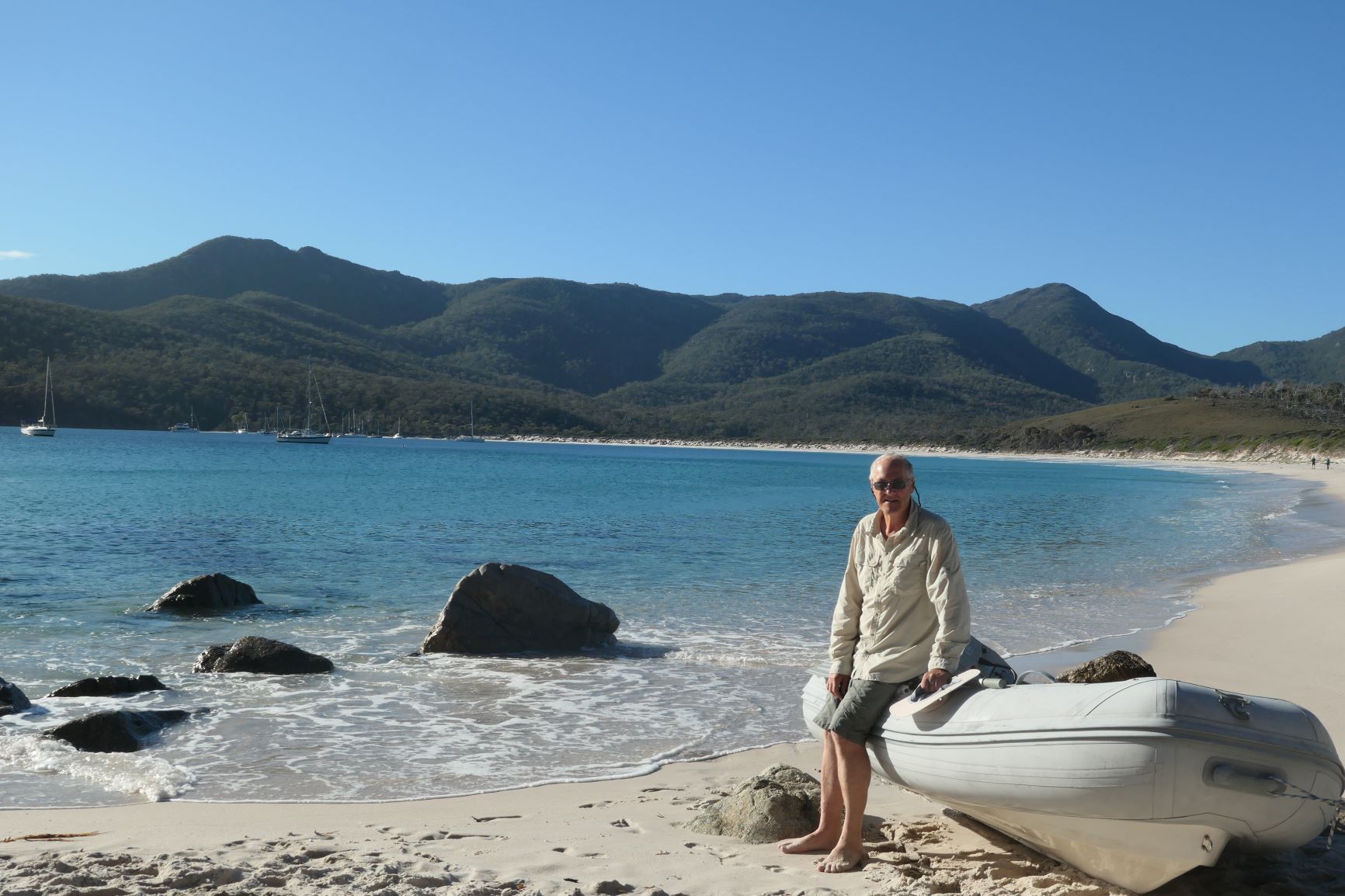 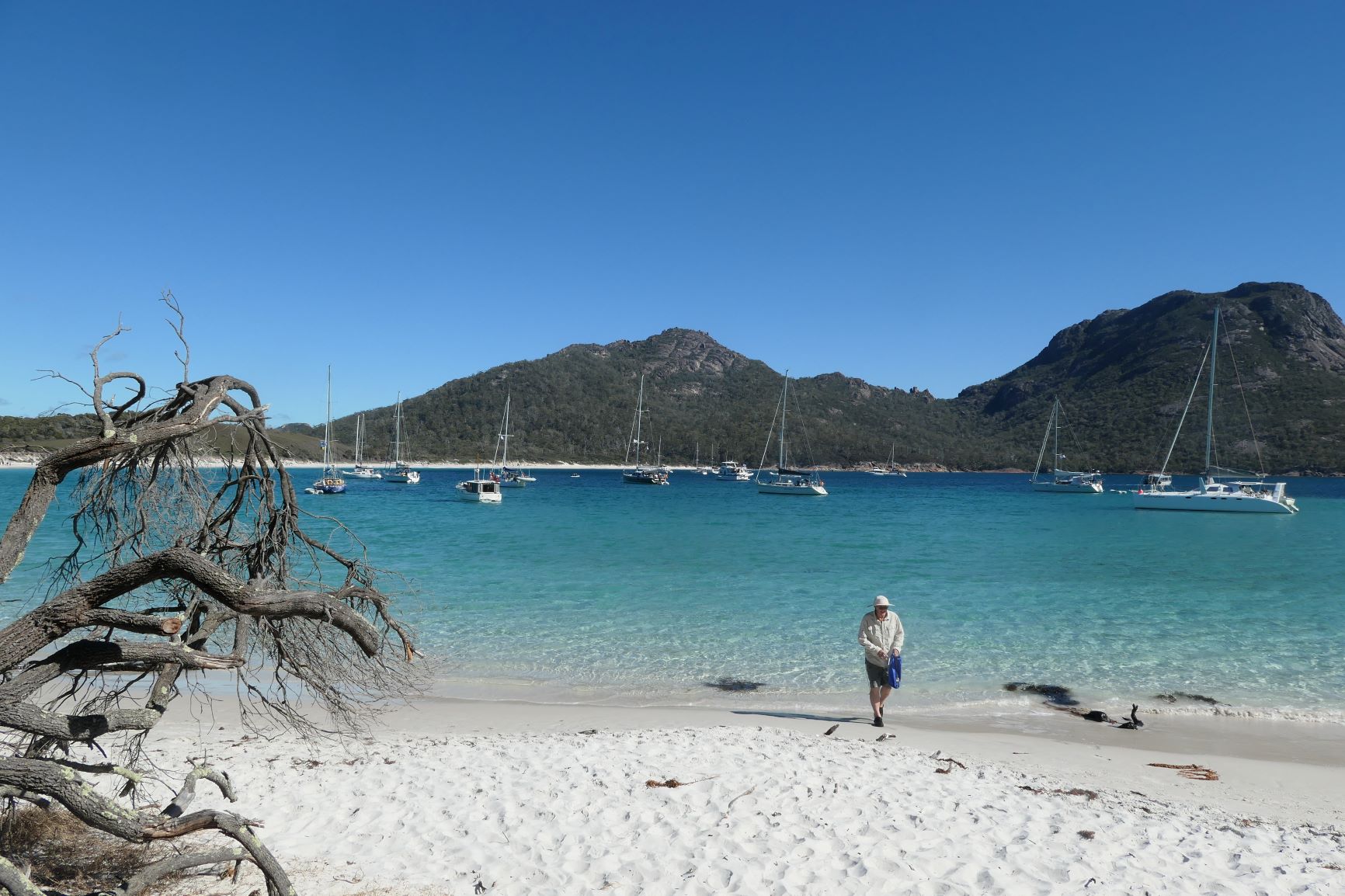 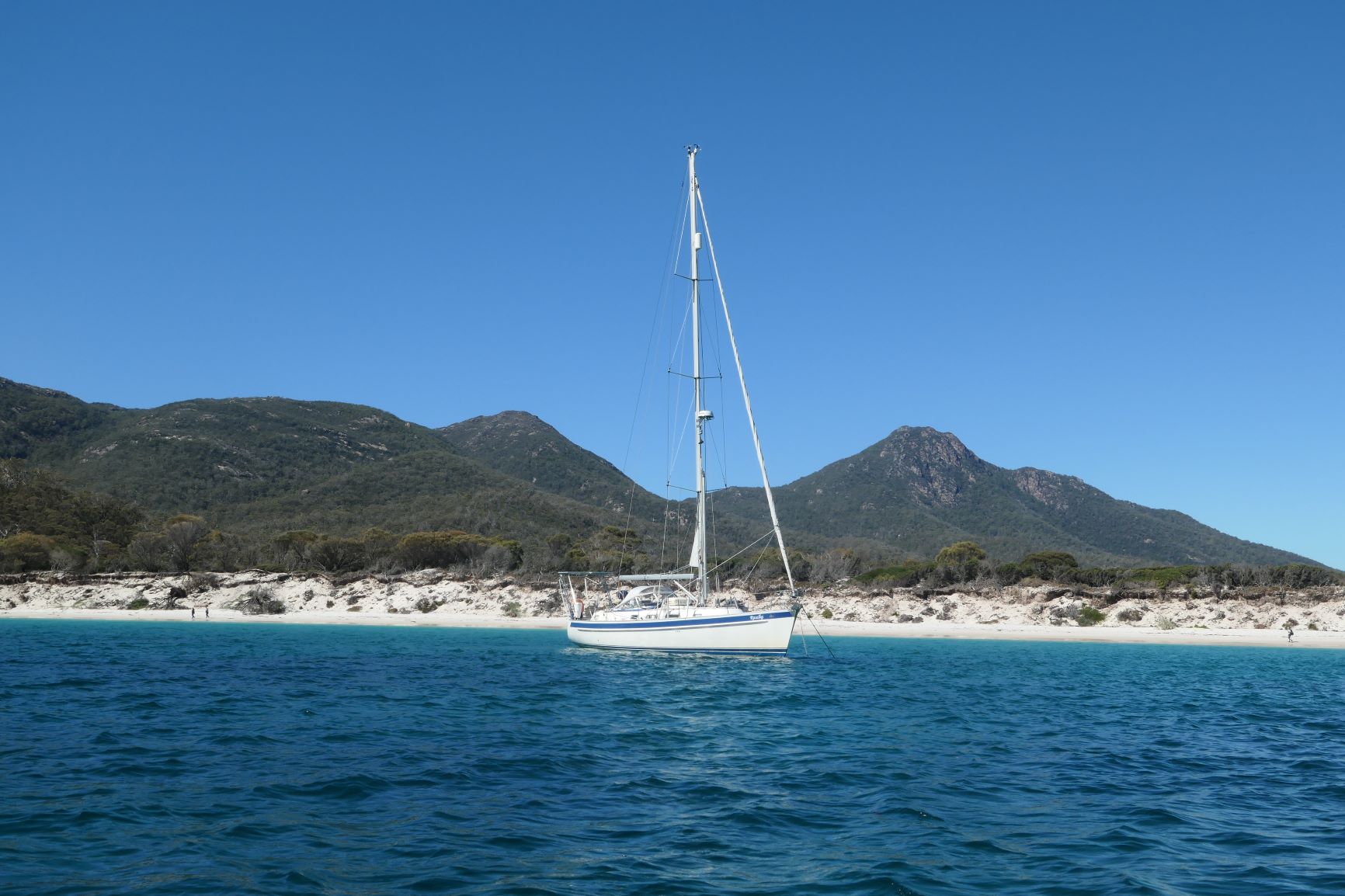 After another walk ashore I had a go at fishing – one flathead and one squid to show for a few hours in the sun!  Our friends on Crown Venture pulled up in the afternoon and we enjoyed drinks together before an early night.

The alarm clock went off at 5am and we were soon off towards Binalong Bay, in the predawn light under an almost full moon. 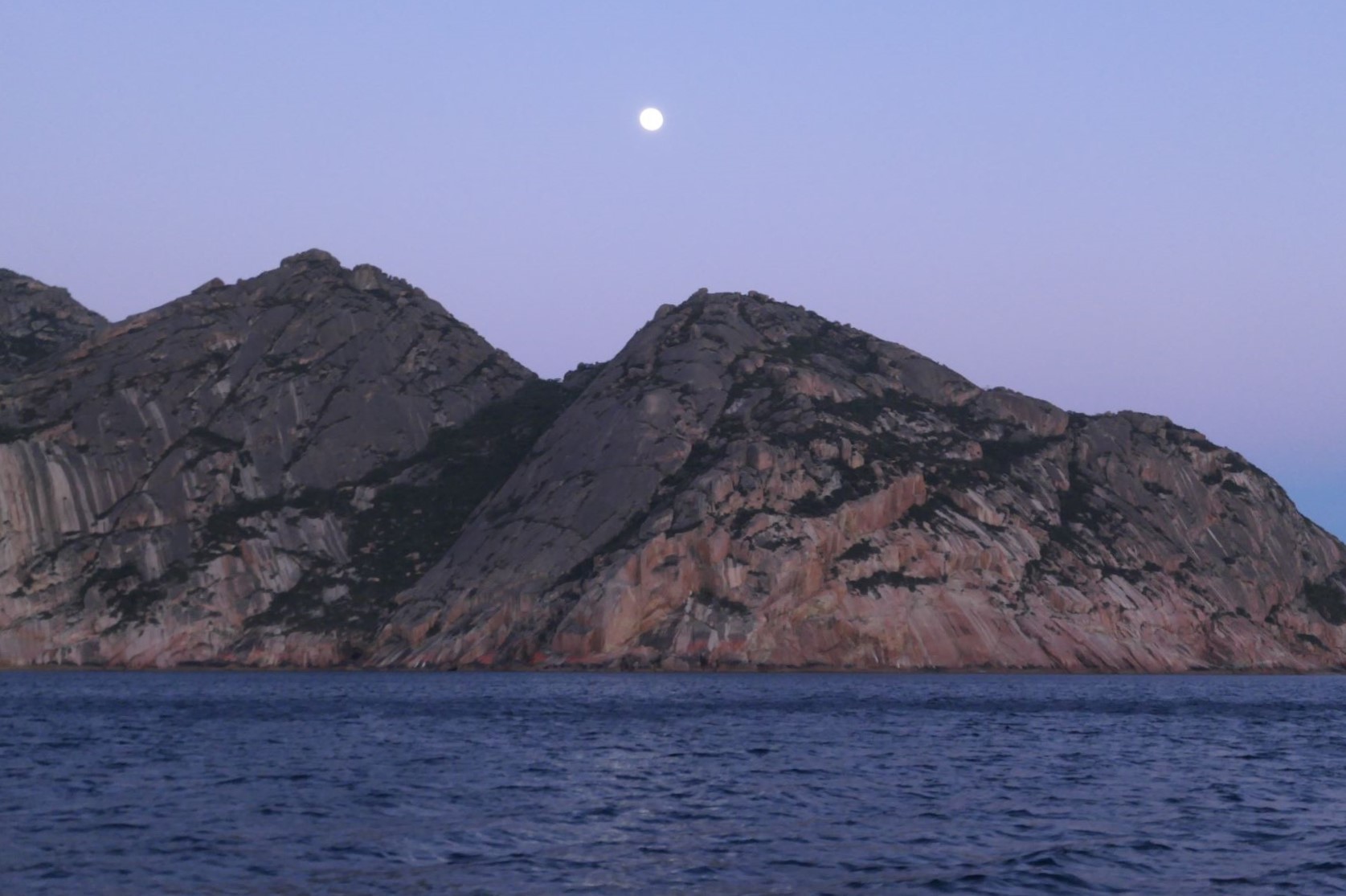 It was an uneventful 10hr run, with a bit of motor-sailing interspersed with rollicking beam reaches of 15-20kts. Alex used the motoring time to run the watermaker.  He made about 160L of water, but forgot to turn off the tap after doing the freshwater flush of the membrane and about 100L of pure fresh water was pumped out to sea before he noticed!!  At least we have a very clean membrane!

Just before reaching Binalong Bay I heard a clunk and looked behind to see a big patch of seaweed in our wake. Uh oh.  Well, the steering and prop seemed ok, so we headed in and anchored off a long white sand beach with holiday houses at one corner. 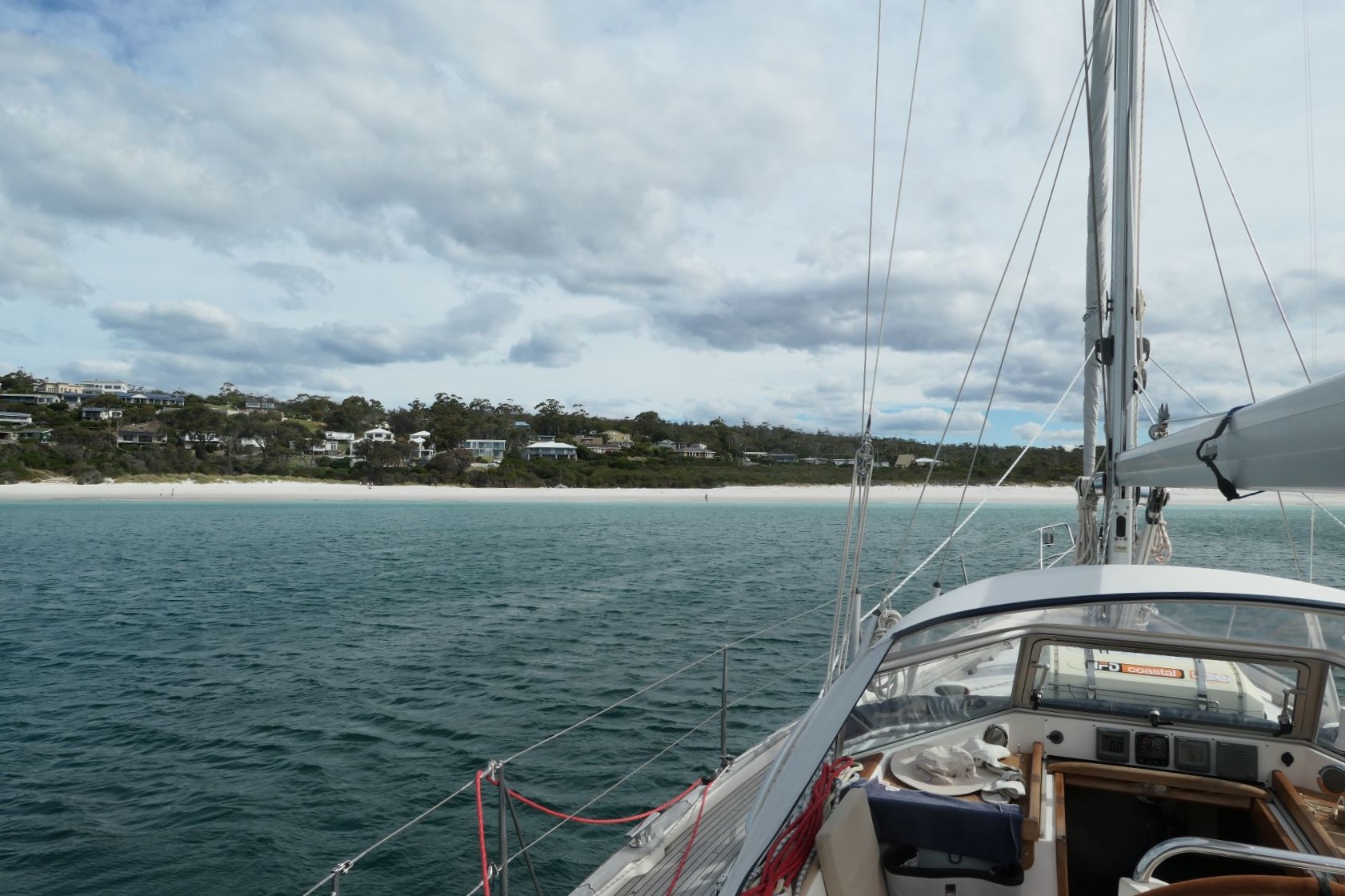 Alex got in the (18oC!) water to check for weed and only found one small strand on the rudder. 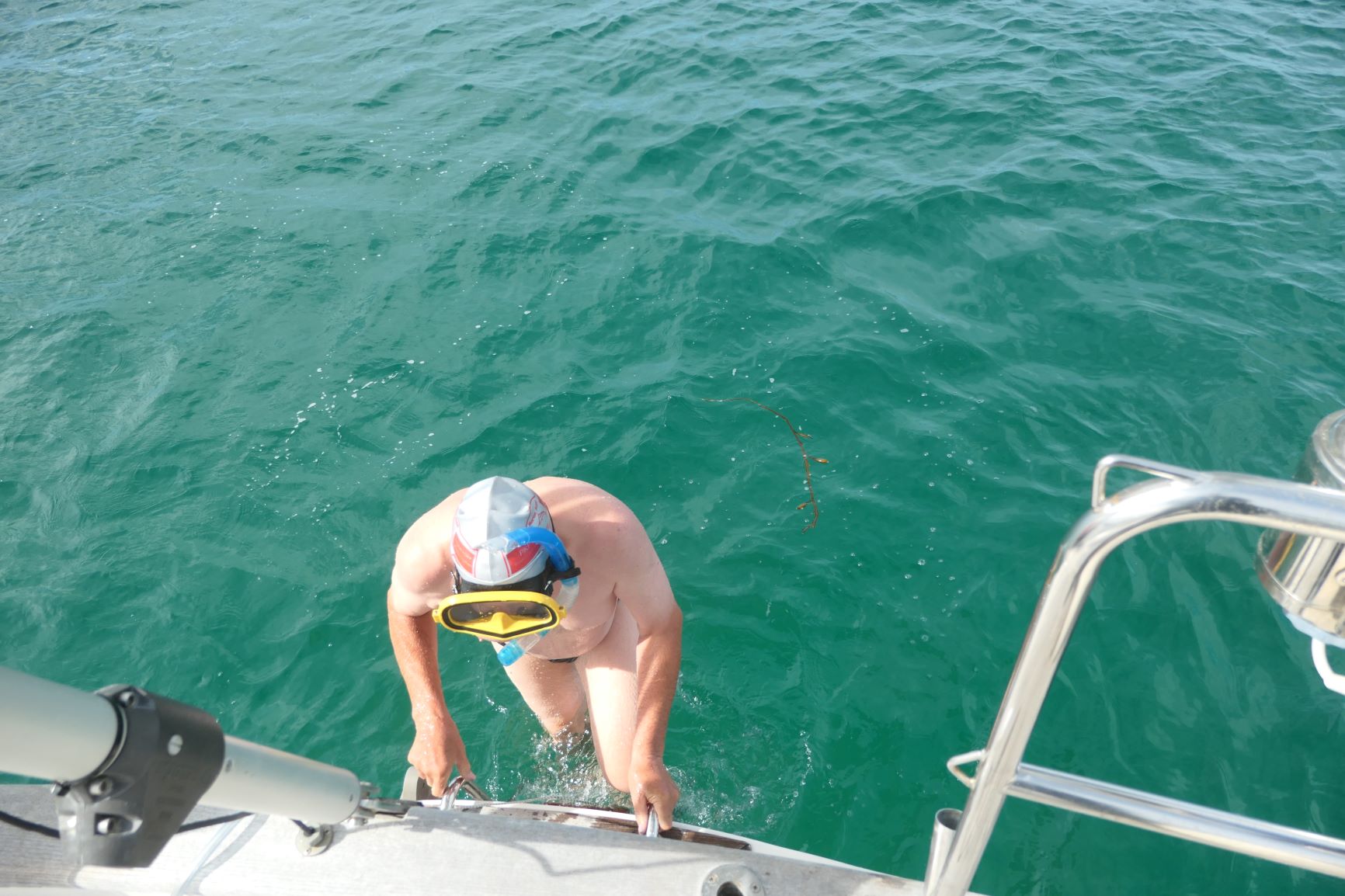 We’ll be here tonight and then likely move up to the NE corner of Tasmania (about 2.5hrs from here) tomorrow to await favourable tide and wind to transit the furious Banks Strait.