Hobart to Victoria: Hole in One 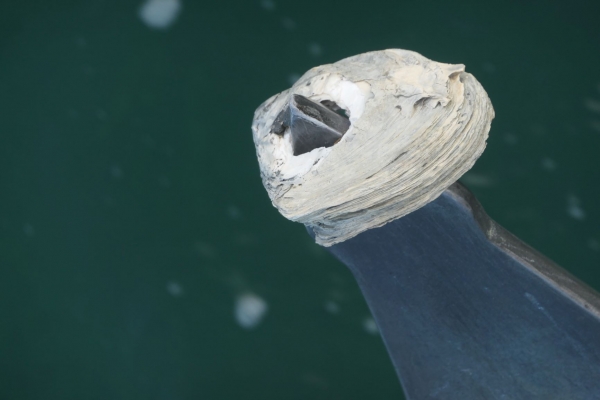 We were enjoying breakfast this morning while the winds blew moderately from the north.  Suddenly the anchor alarm went off and we could see from the track on the chart plotter that we were indeed slowly moving southward.

Fortunately, Shoal Bay is a wide gently sloping expanse and we were in no imminent danger, but we thought we ought to lift our anchor and move a bit back toward shore.  When the anchor came up it was clear what caused us to drag – an abalone shell was neatly pierced on the end of the anchor.  This would have prevented the anchor from digging into the sand properly. 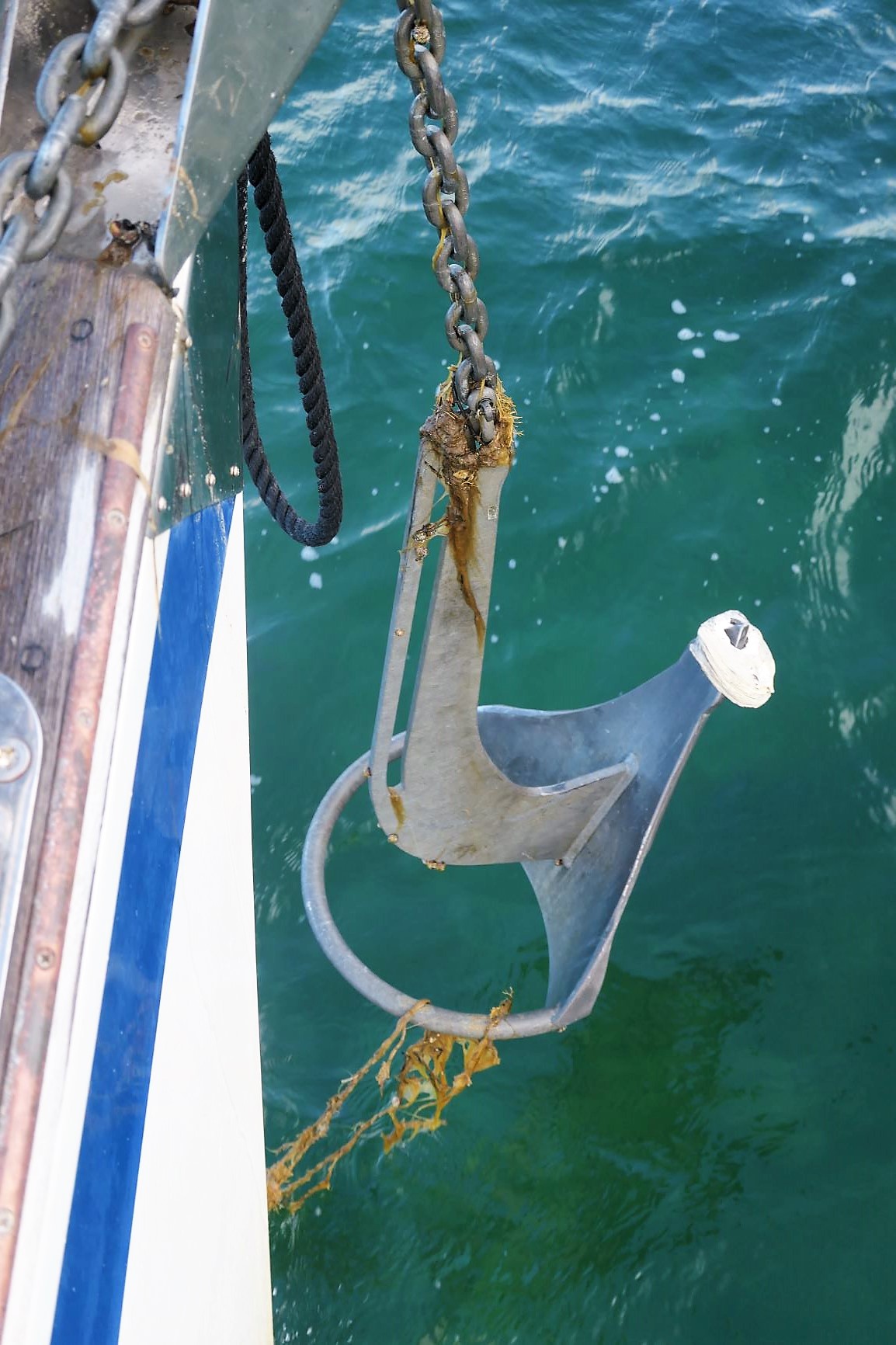 We spent the rest of the day on board, while the wind swung around from N to W to S to E and back to W again.  The anchor has held (so far) despite fairly strong (20-30kt) winds and half metre wind waves pushing us about.  Not enjoying the motion much at the moment, but it’s supposed to ease this evening!