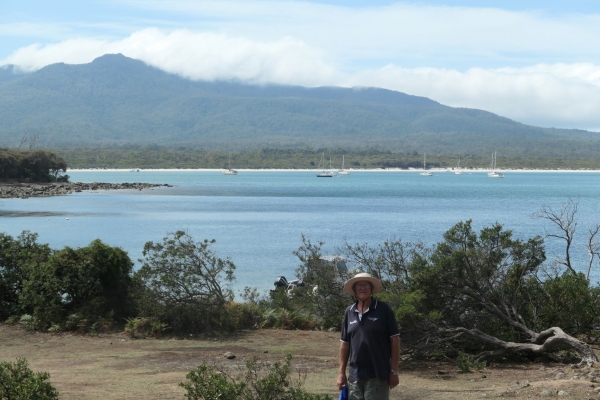 We’ve set off on our trip to Victoria to visit family and friends! I’ll try to post every few days or whenever we get a reasonable phone signal.

On Friday morning we set sail from Kettering around 10am in light winds, but were soon able to hoist sail and had a lovely beam reach for a few hours from the Iron Pot lighthouse to Norfolk Bay on the Tasman Peninsula. 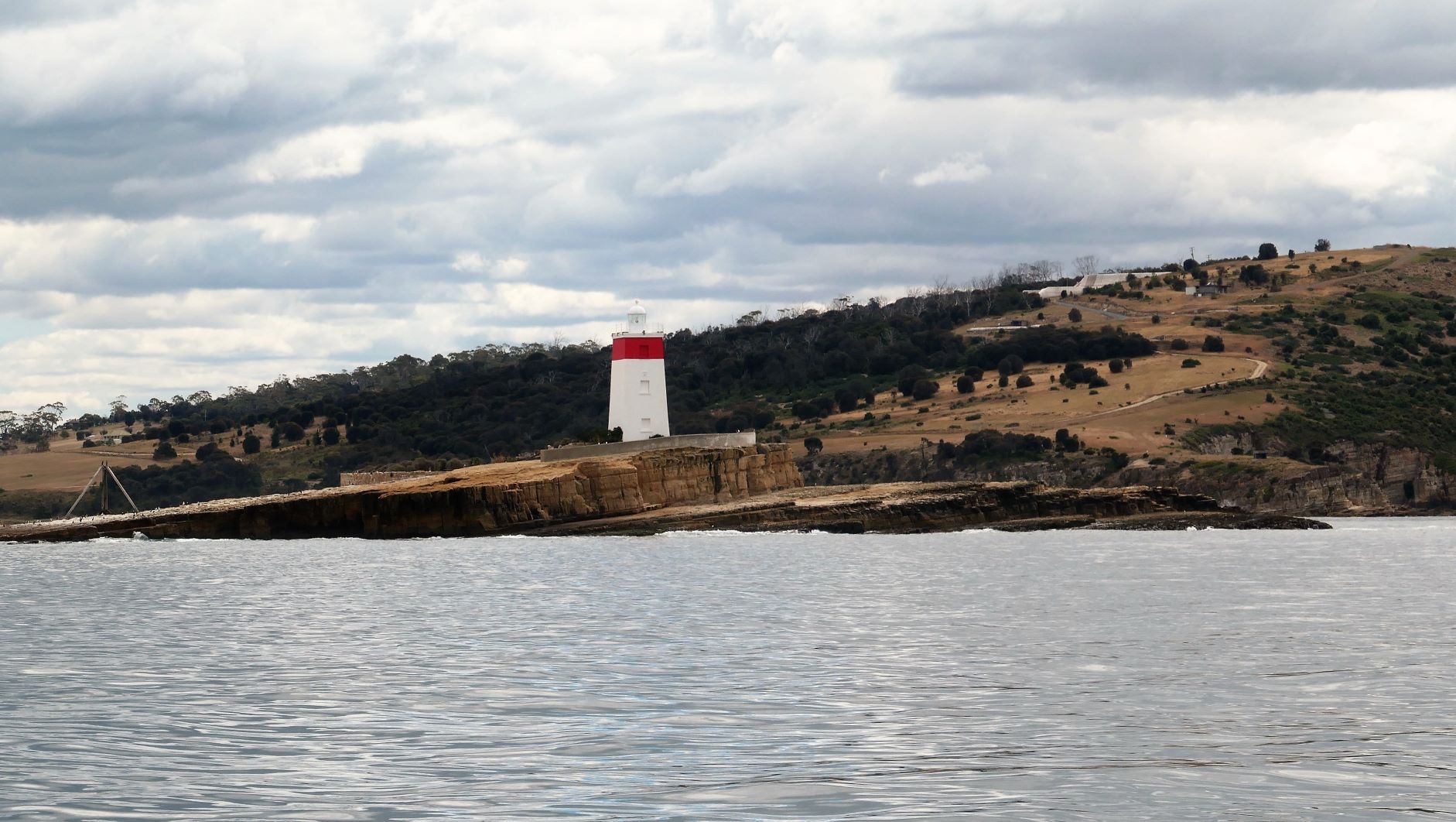 We passed several large rafts of mutton birds (short-tailed shearwaters). They'll be busy raising their chicks and fattening up this time of year, before their migration to Kamchatka. 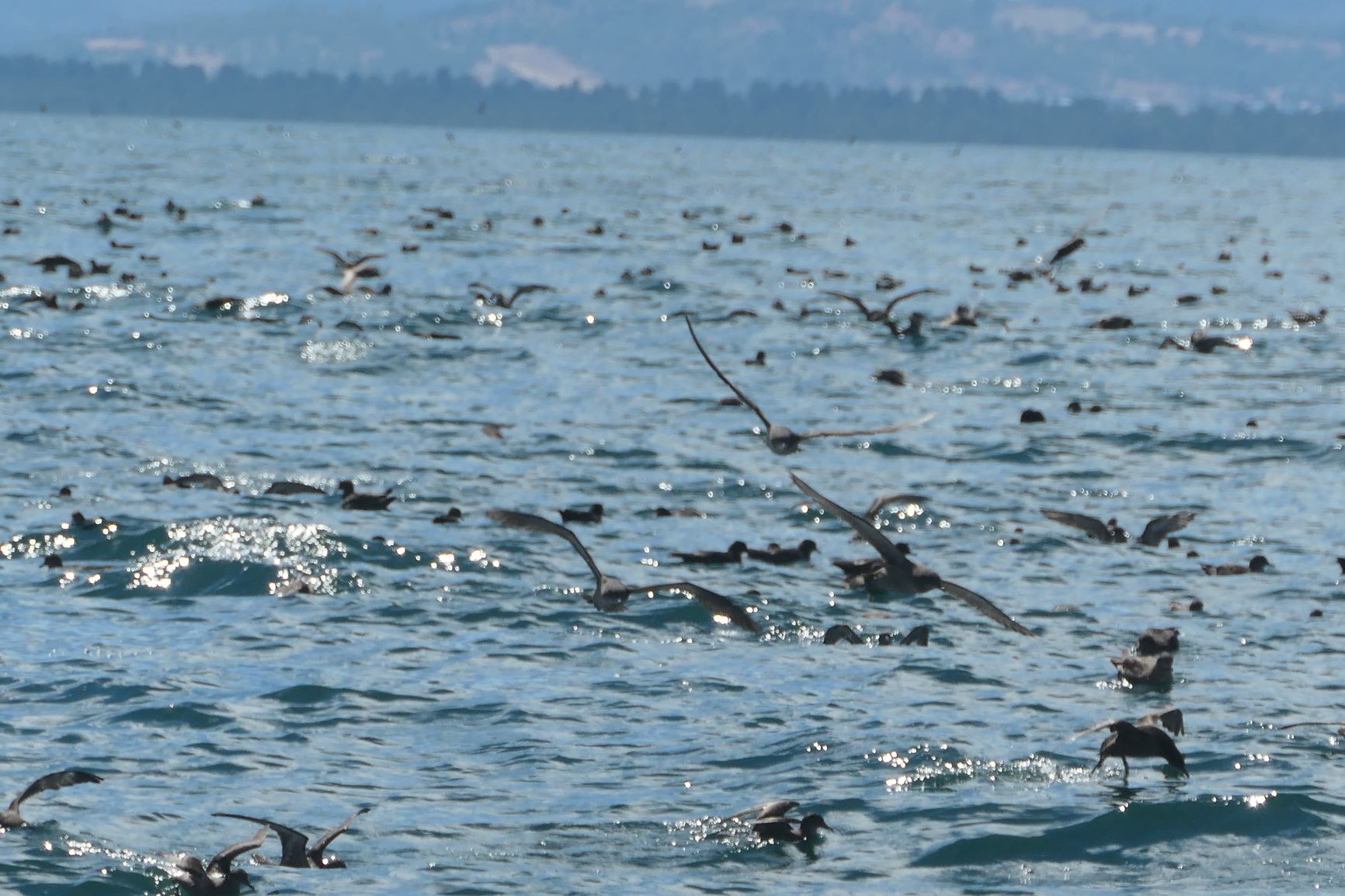 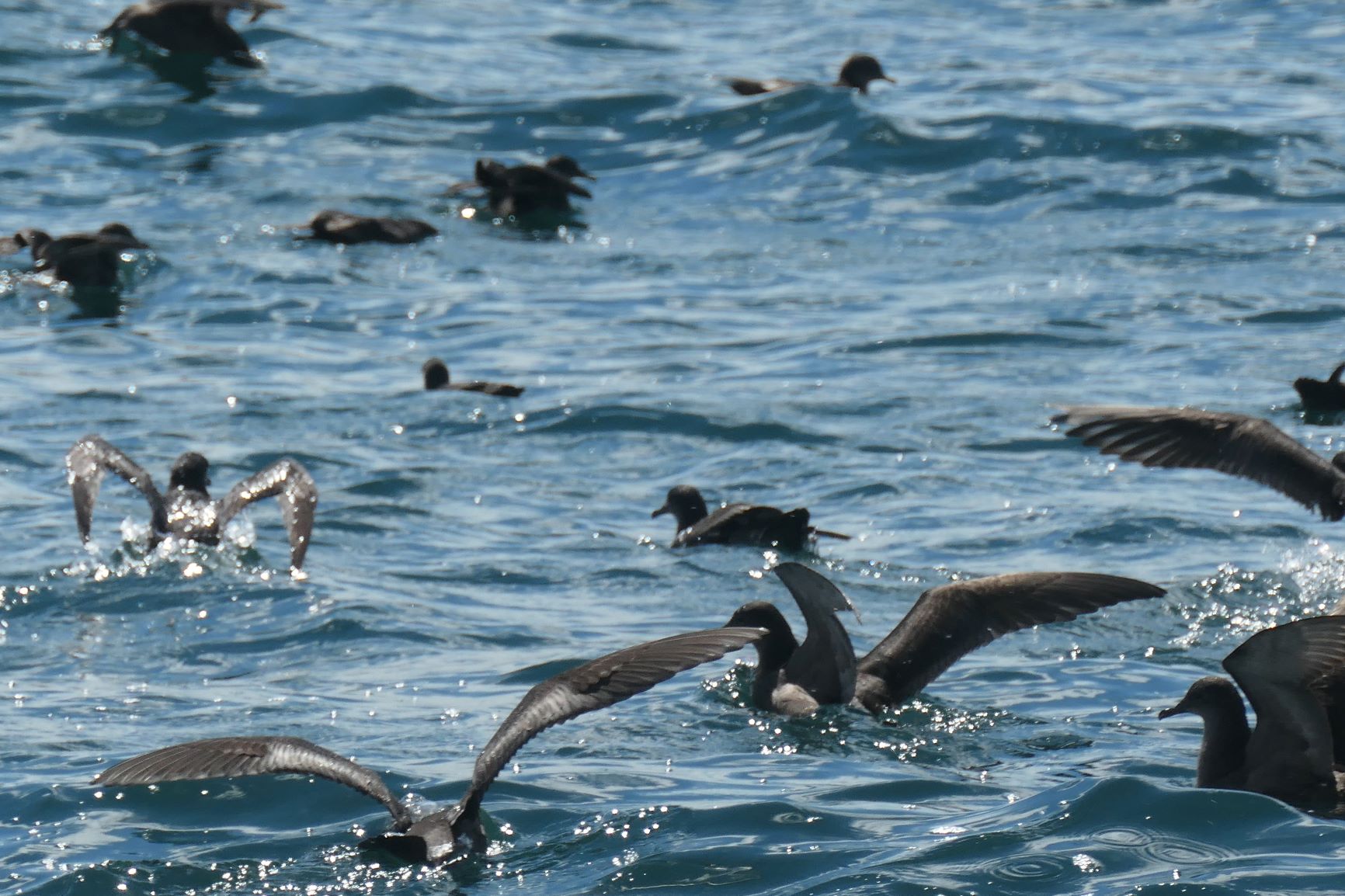 I took a video of them flying off as we sailed through the raft – you can’t quite make out the racket of their wings hitting the water, but it was impressive in person!

We caught up with friends on Crown Venture for drinks that evening.  They left early the next morning to go through the Denison Canal, but we decided to wait another day so that we’d have more water under us when we went through at a higher tide.  Instead, Alex spent half an hour in the water cleaning the prop and waterline to make us as fast as possible! 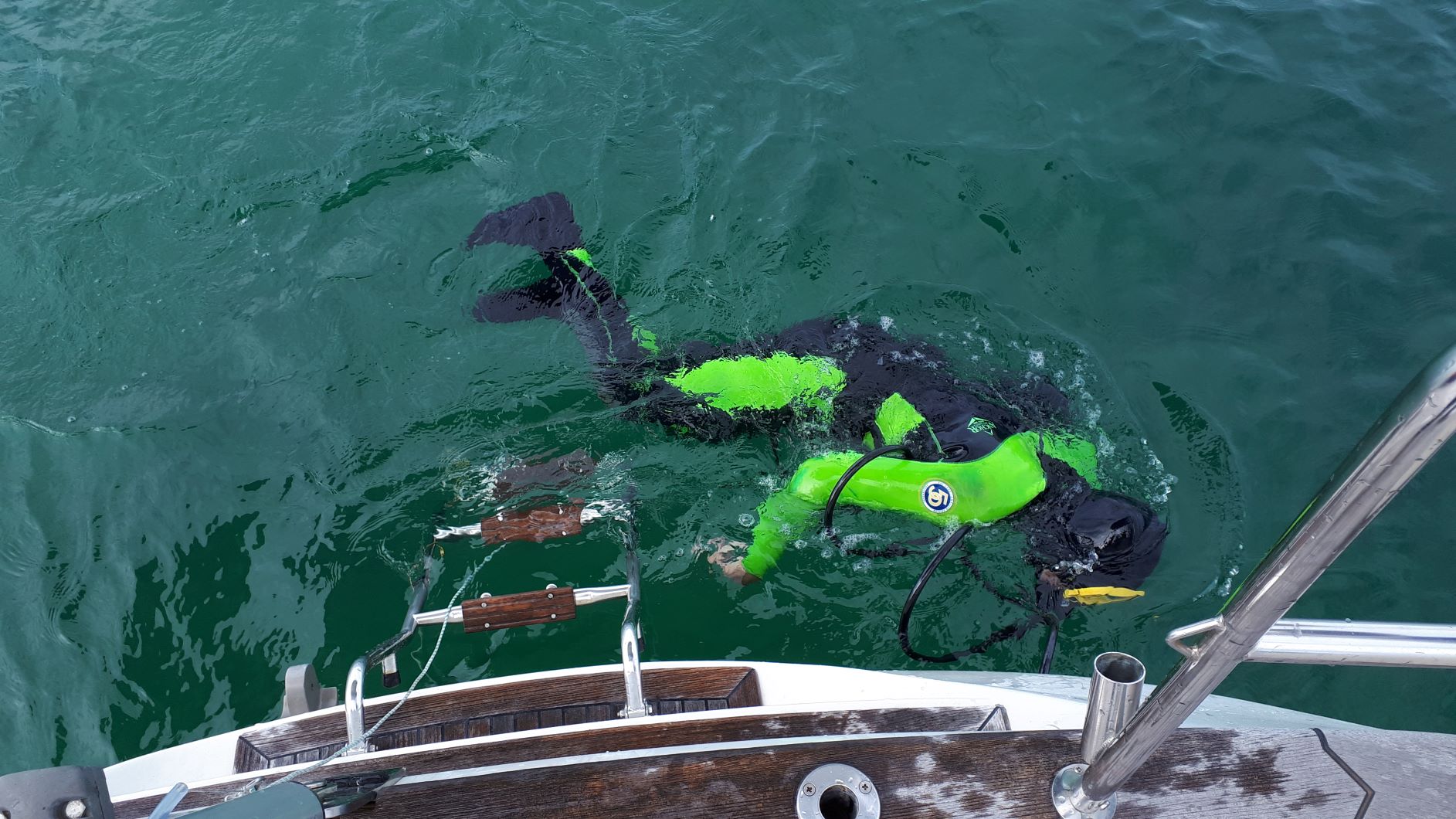 Later in the day we joined up with a group of 7 boats from our club (CYCT) who are spending 2 weeks cruising the lower east coast of Tassie. 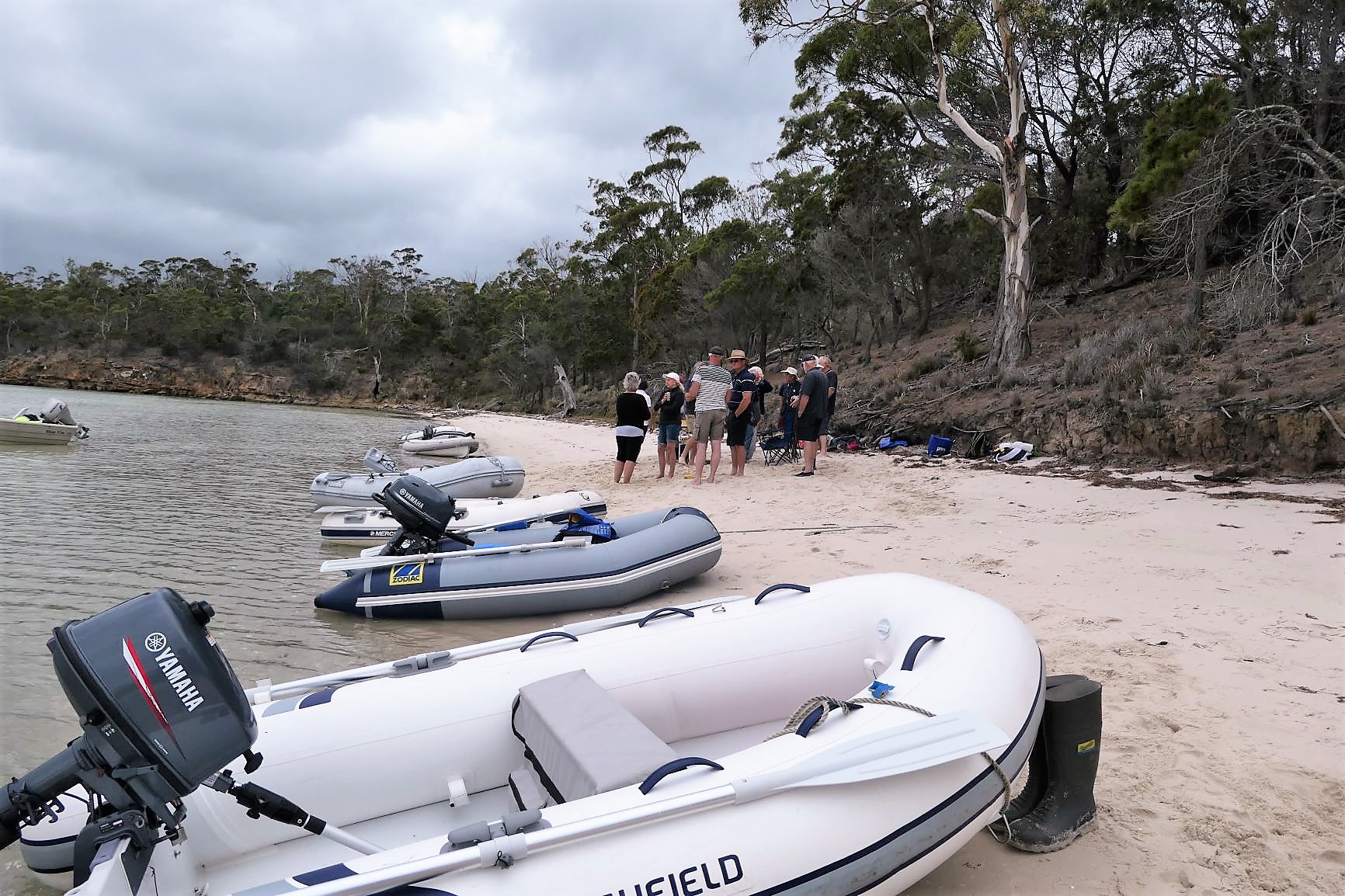 We set off from Lime Bay at 6:30 in the morning and transited the canal as a group, with us in the lead.  It was perfect conditions for going through the shallow bay beyond the canal and no one came to grief.  We even had a dolphin accompany us through part of the bay. 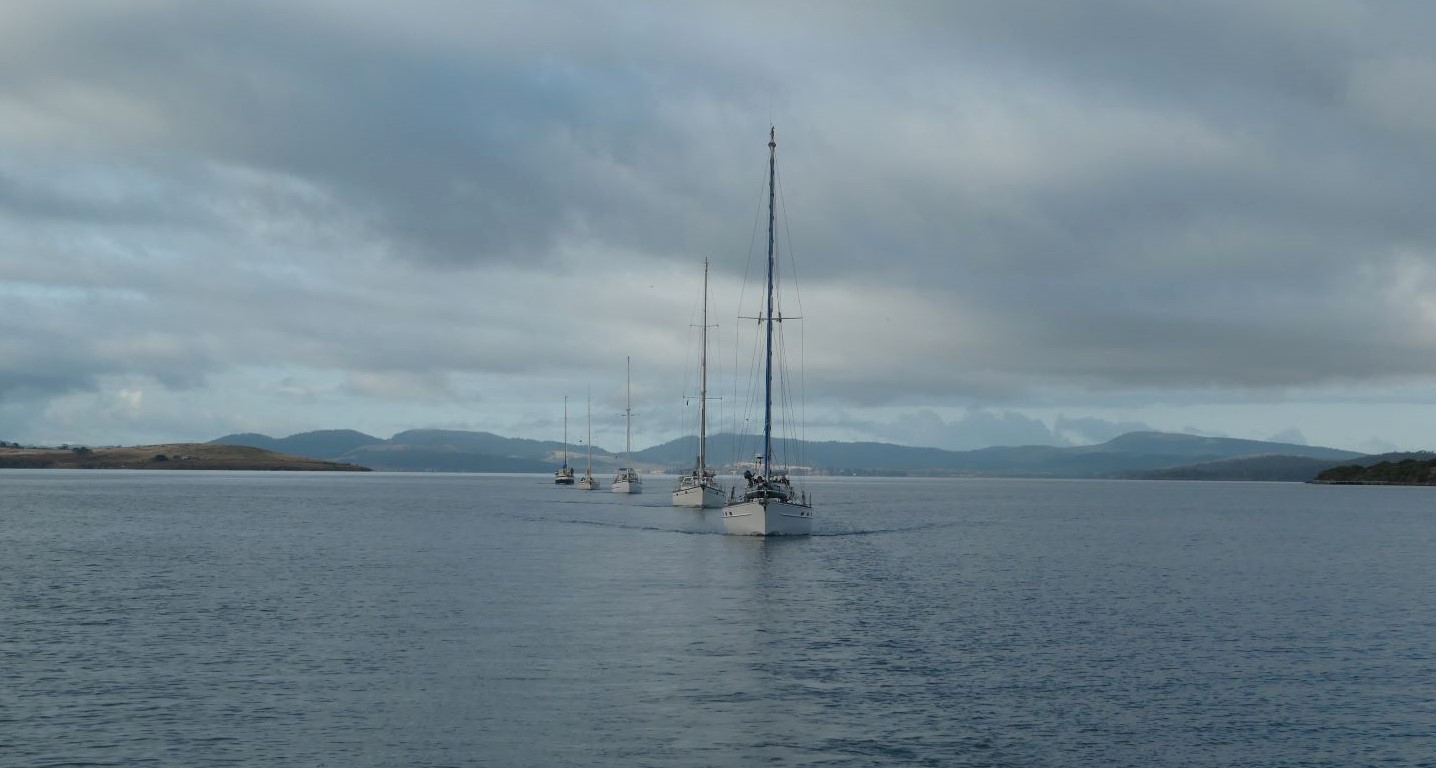 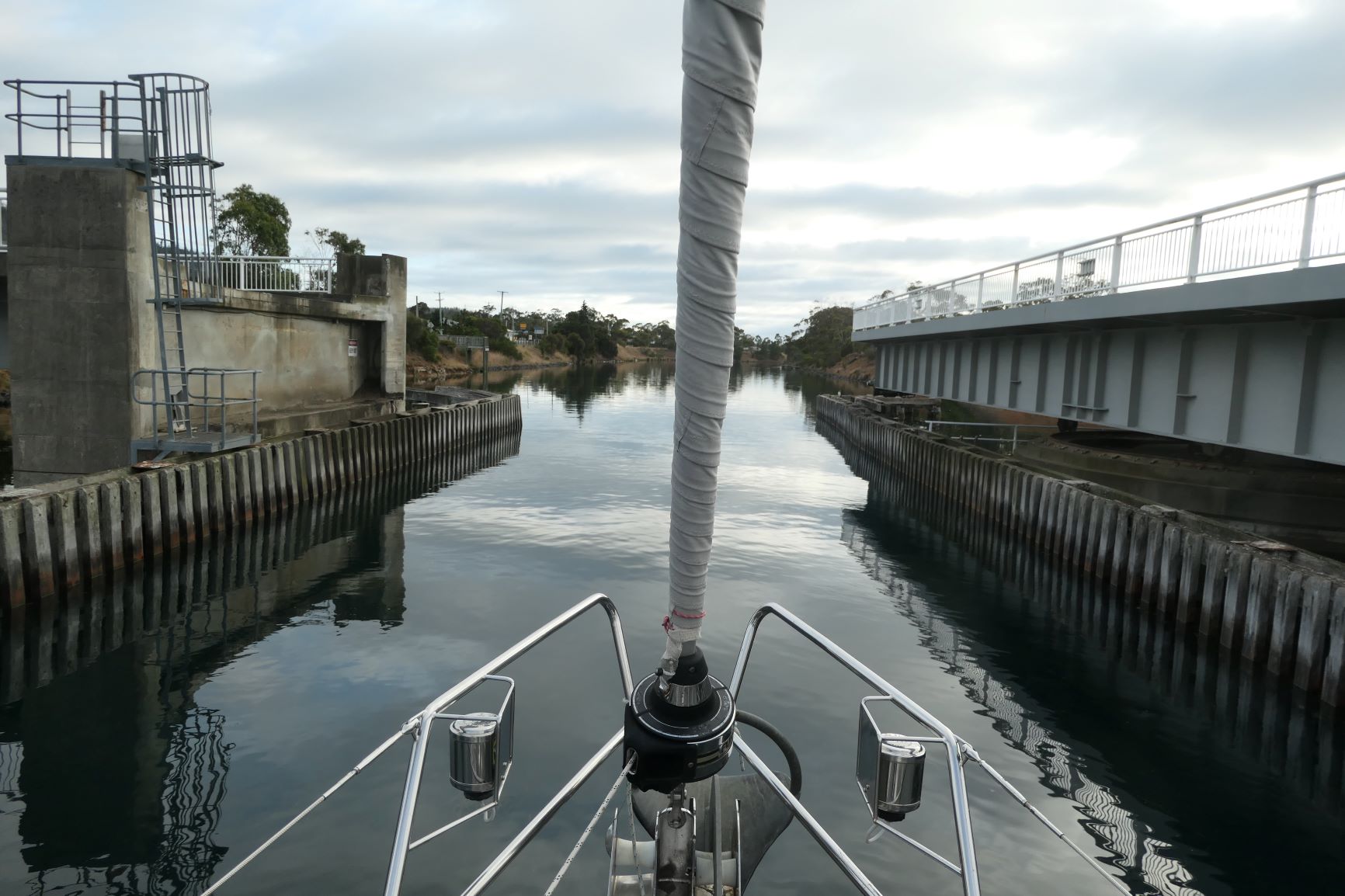 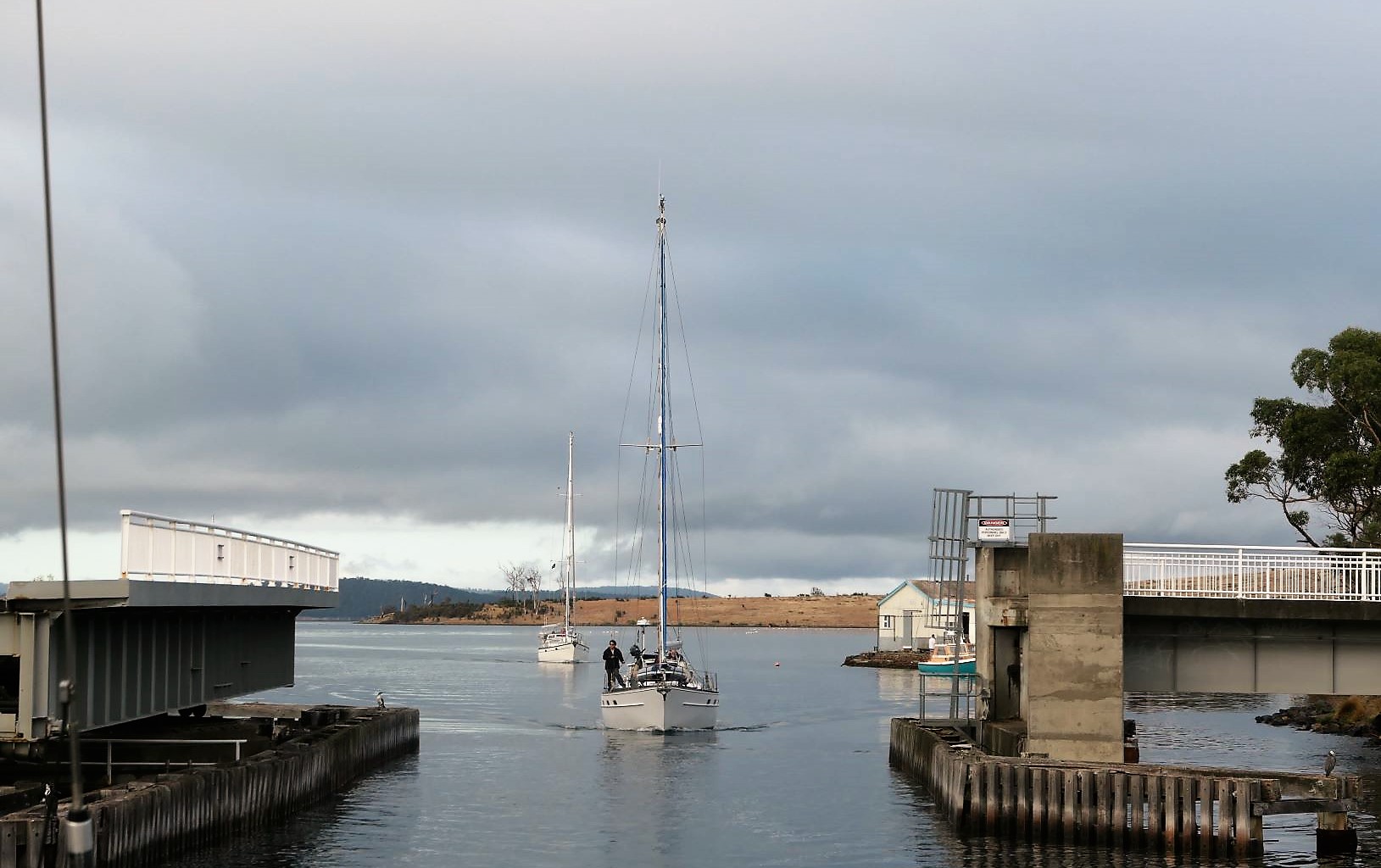 A few hours later and we’re all anchored in Shoal Bay on Maria Island.  On the sunny east coast again at last! 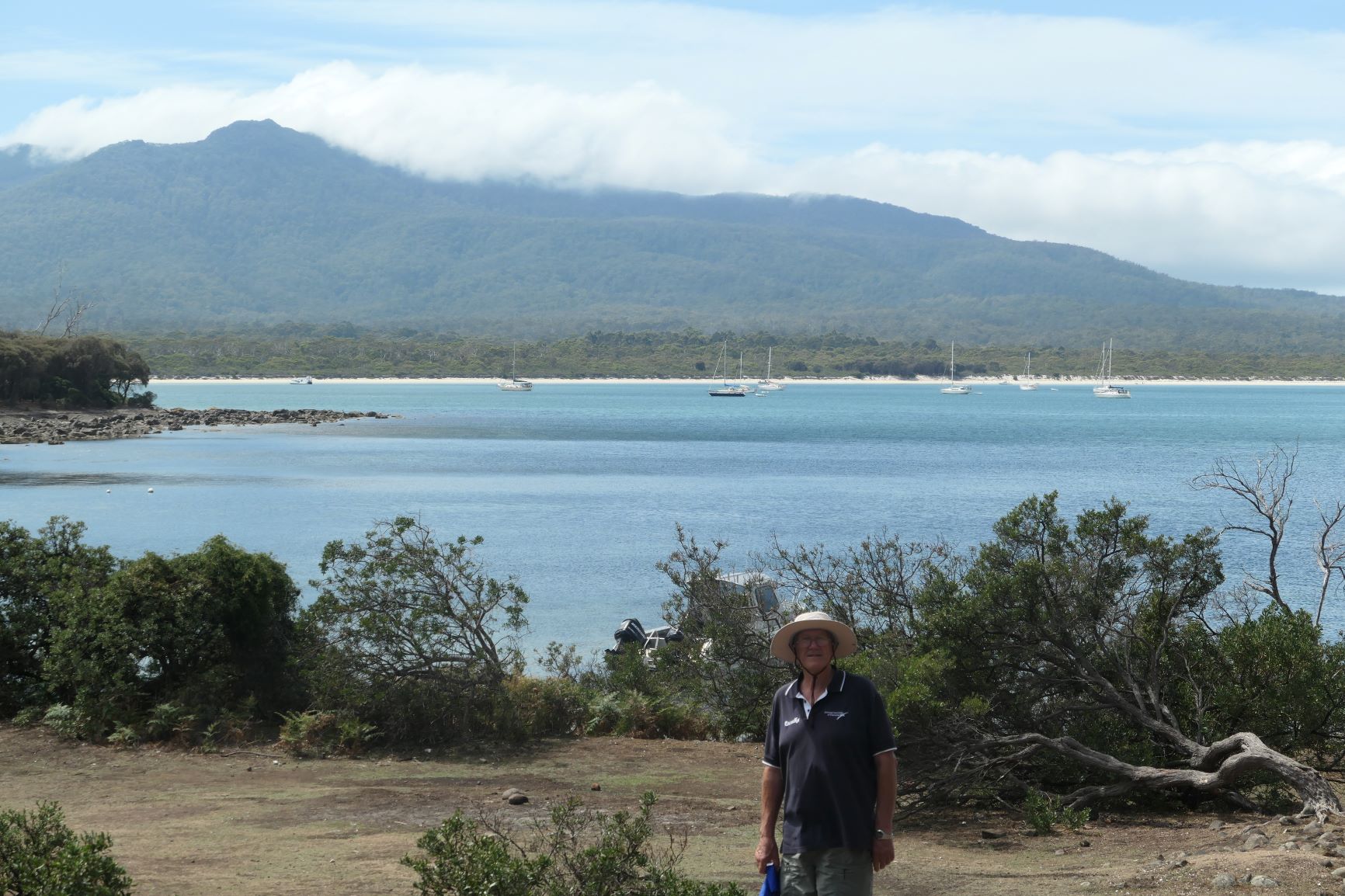