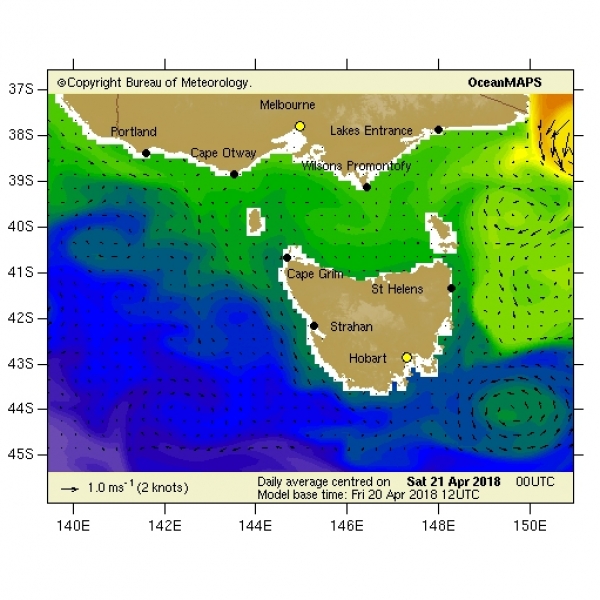 From Jervis Bay to Eden, hug the coast to avoid the slight north going current. But from Eden to Tasmania there are eddies begging to be used. 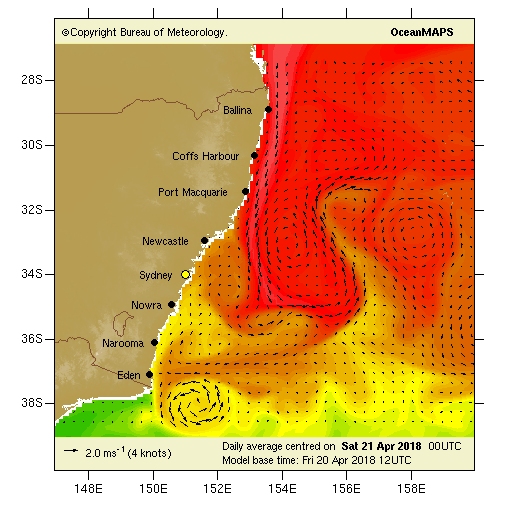 Further south another eddy is midway to Tassie and east of Flinders island. 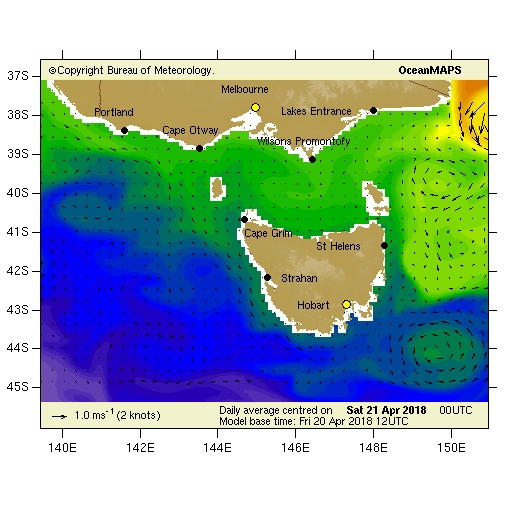 The direct route to Wineglass Bay from Eden is to go south along the coast, then as soon as it's in a straight line ahead, point to the middle of Tassie east coast. This direct route misses the first eddy and gets an adverse current from the second eddy.

From Eden our plan is to head along the coast just a short distance then go south east until we reach the 150° 30'E longitude. At this longitude turn south. Continue south until latitude 39° 45'S. From here head directly for Schouten Island. The BOM current maps show we should get a substantial assistance from the 2 eddies without much of a detour from the direct route. And fortuitously, N and NE winds will predominate with a very short period of E winds, all favouring this route.