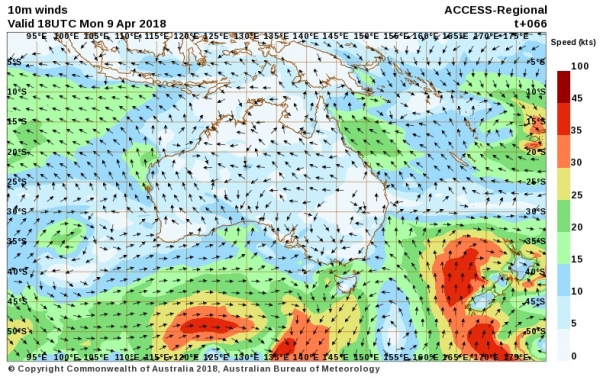 The topic of the messages that went back and forth with Rusalka today was “Weather”!

Predict wind and the BOM this morning were showing quite a lot of wind behind the front that’s been forecast for Mon/Tues. 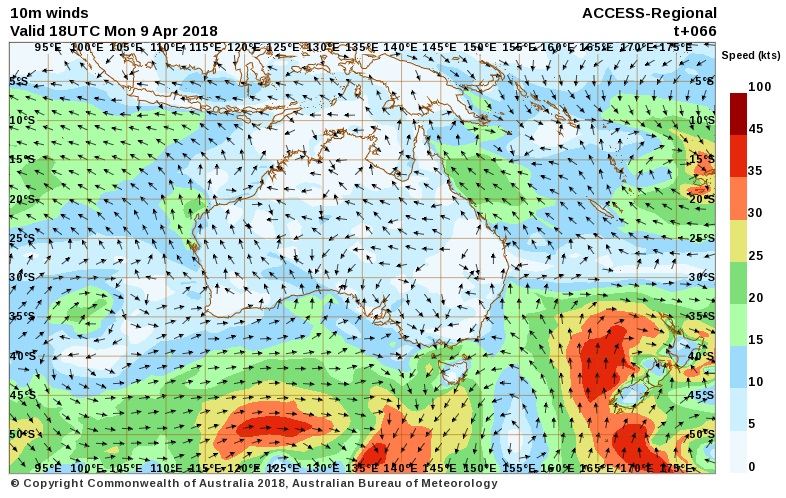 Alex asked MetBob for a voyage update and he confirmed Alex’s plan to get as far northwest as possible ahead of the front and then to run with the wind until it passes over.  So motor on and nose pointed NW!

“This afternoon a nasty dark grey cell appeared 12 miles off port bow. Anne saw a lightening flash. Doesn't look like wind. We've changed course by 30 deg. Tracking it by radar.”  “Dodged the dark grey cell. Out running was not working so went SW and just missed the edge of it by 1nm.”