A little rain must fall... 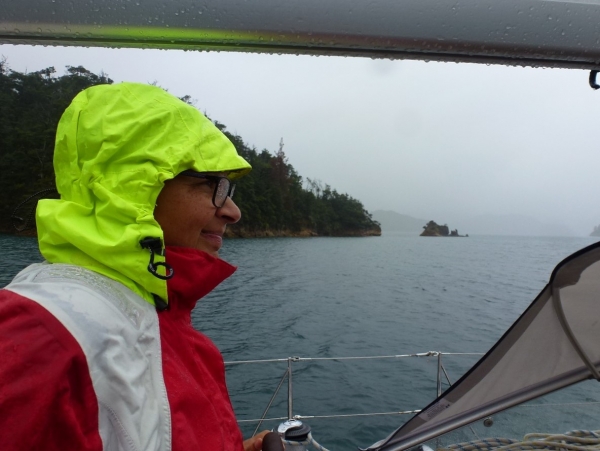 We woke up in Muzz’s Cove on Monday morning to heavy rain and low visibility, but decided to move on to another bay in Pelorus Sound. 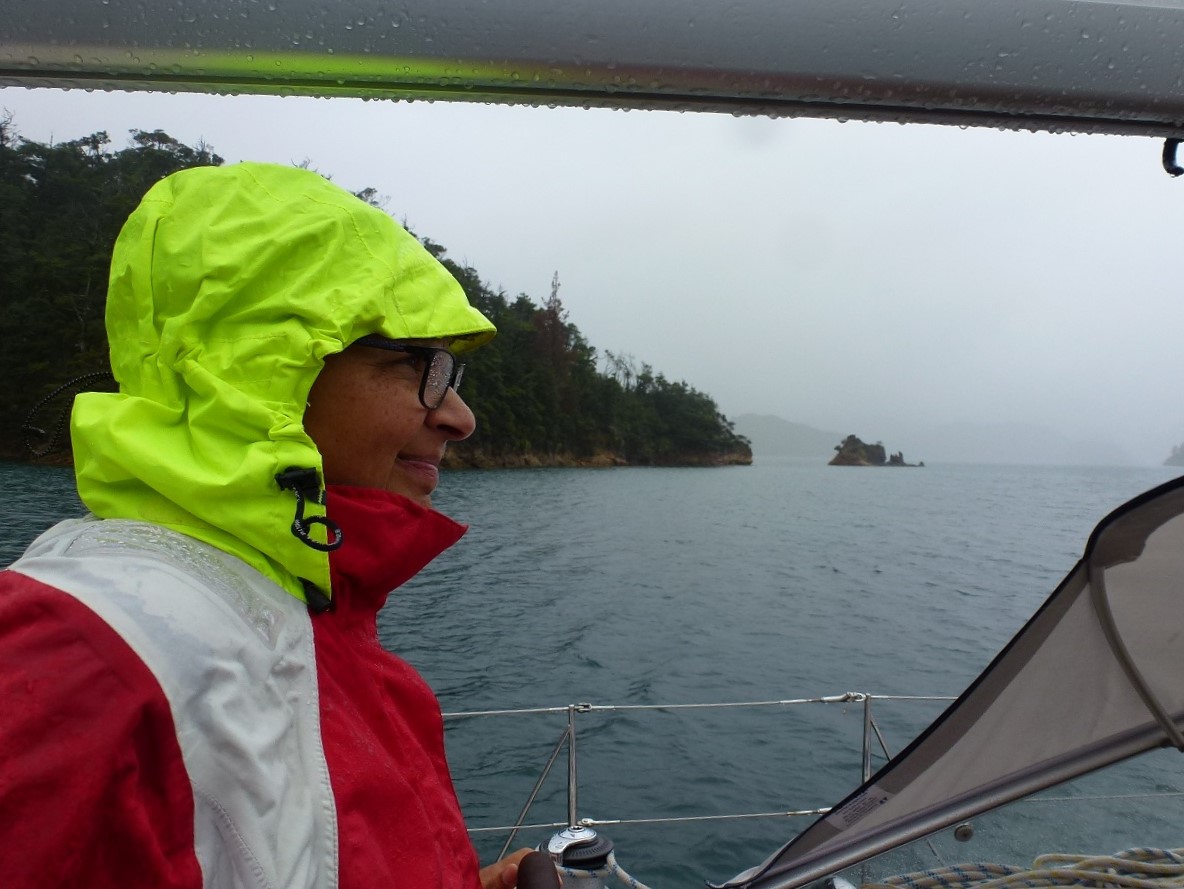 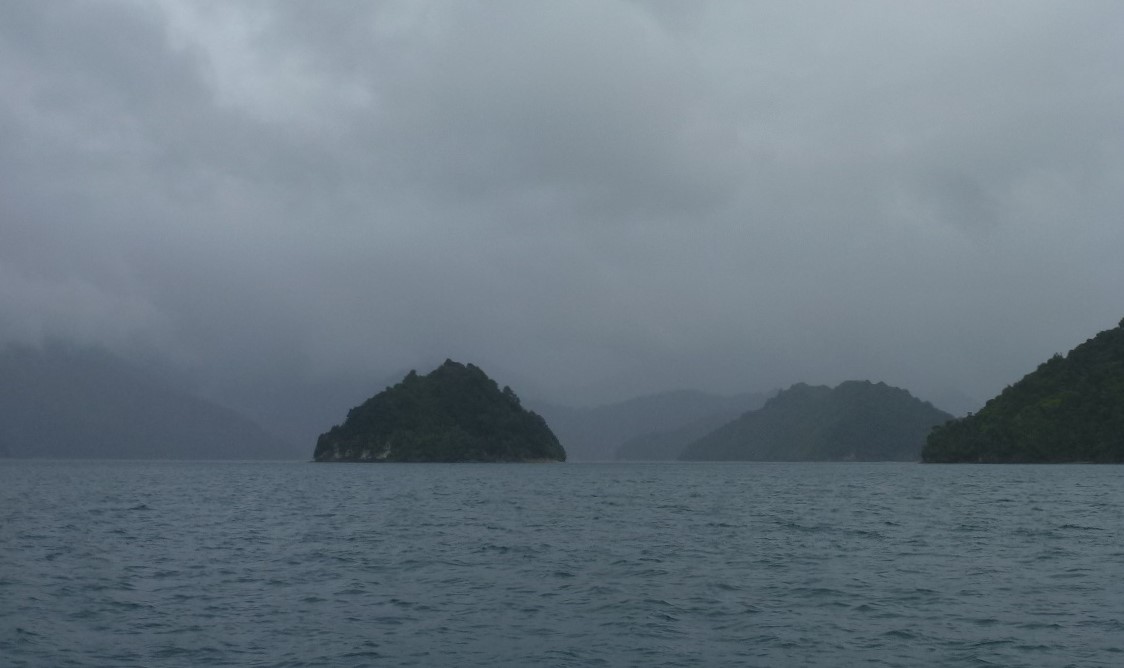 We had a wet ride to Ketu Bay, which has moorings on either side, offering protection from either northerly or southerly winds.  SE winds were predicted, so we picked up “Ketu Onion” mooring on the southern side of the bay.  As we learned, actual wind direction in the sounds is not very predictable – we had 30+kt bullets sweep across from the NE of the bay and throw us around all afternoon!

On Tuesday morning we reviewed the forecast (downloaded from the satellite phone as there is no mobile phone signal in Ketu) and decided to take advantage of calm conditions to transit French’s Pass on our way back to Nelson.  We were cutting our time in Pelorus Sound a bit short, but the forecast was for rain every day for the foreseeable future! 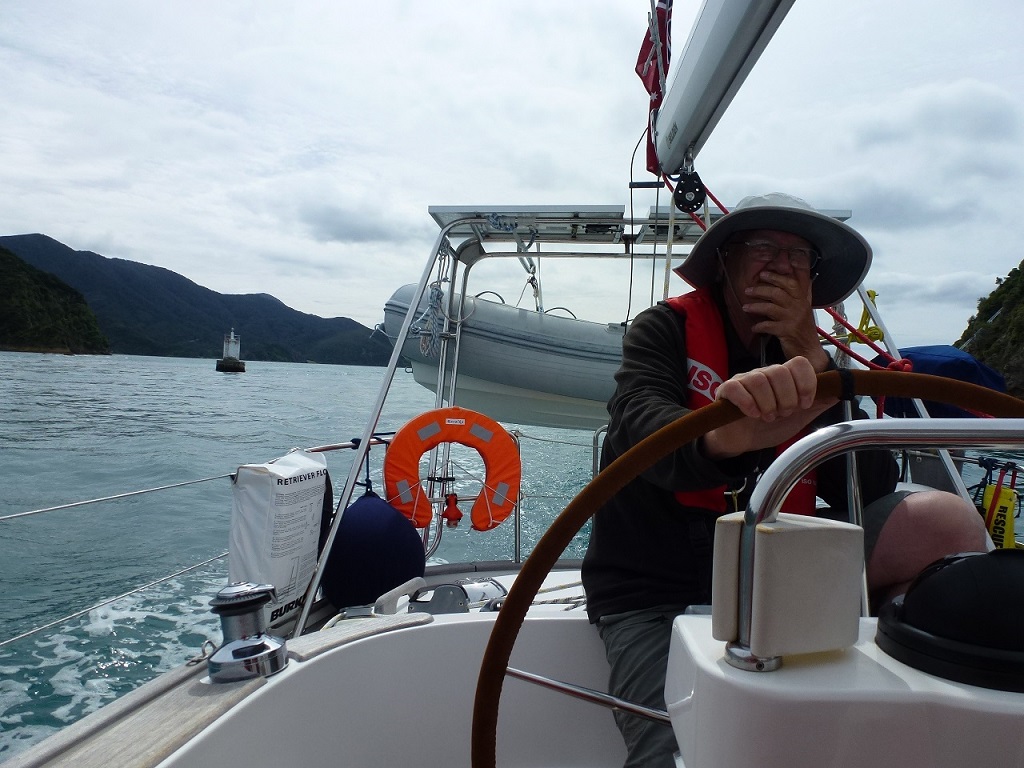 The pass was much calmer than on our first transit – no wind over tide this time!  We anchored just past French’s Pass in Waikawa Bay – a pastoral, but peaceful setting, albeit no phone signal.  Once again, I had no luck fishing, but I was surprised when what I think was a yellow fin tuna charged the boat, swerving at the last minute.  Pity I didn’t have a proper line out then!

Wednesday brought more cloudy weather, but the rain stopped early so we set off at 8:30 for Greville Harbour on D’Urville Island. 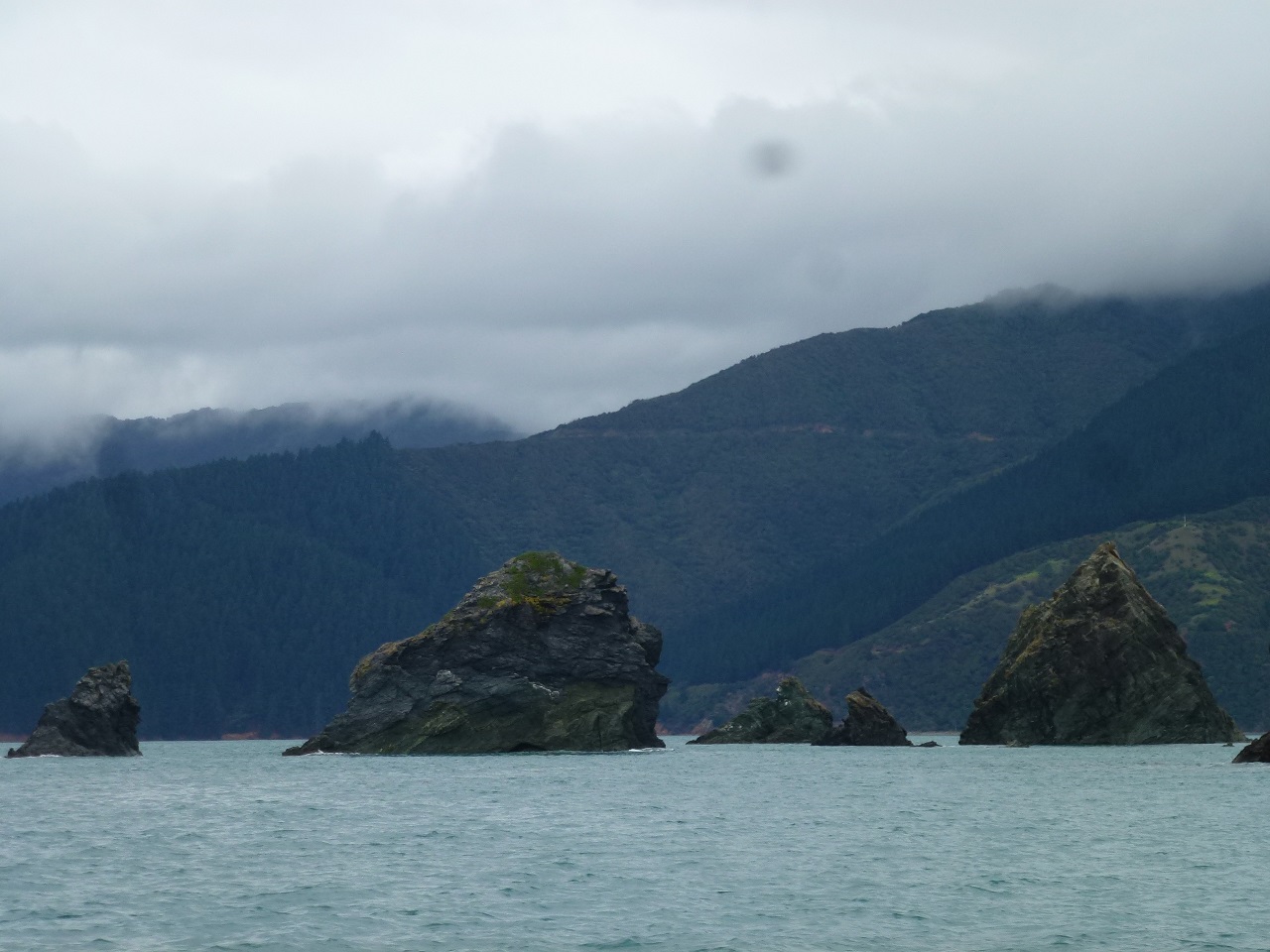 We carefully nosed our way through a shallow gap in a natural boulder bank and picked up a club mooring in Mill Arm. 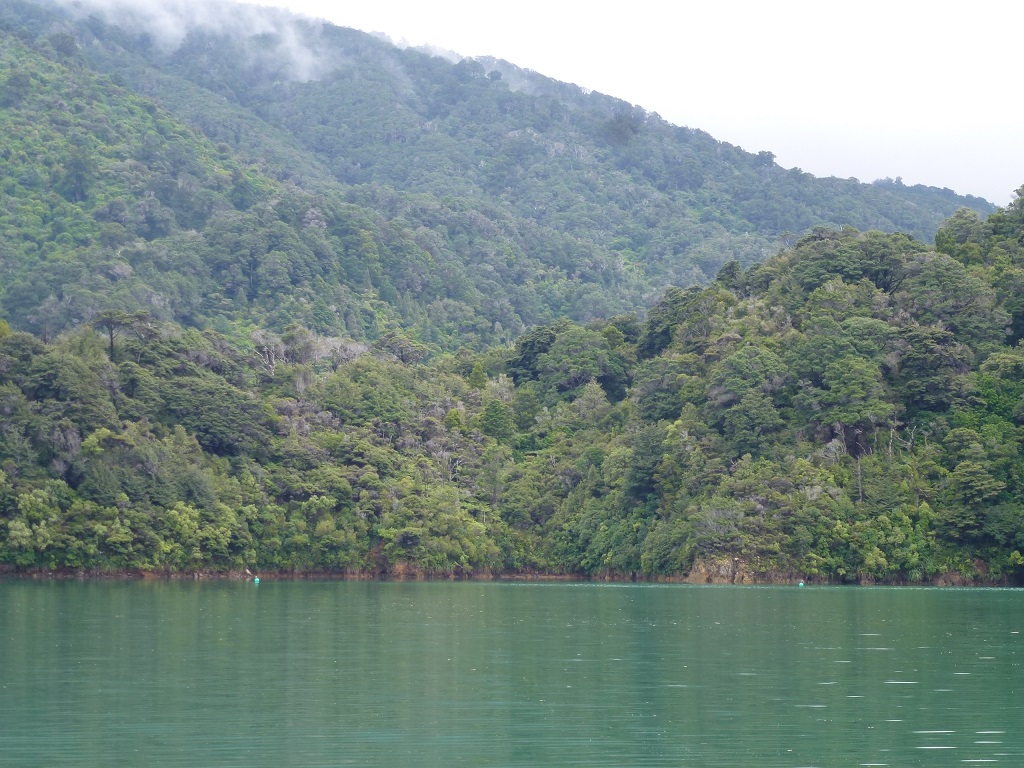 It was a peaceful and private bush setting, with birdsong all around and still water the colour of jade.  We put the dingy down and went as far as possible up the end of Mill Arm, then back to the boat for a swim. What lovely water!  A young stingray kept gliding by the boat. 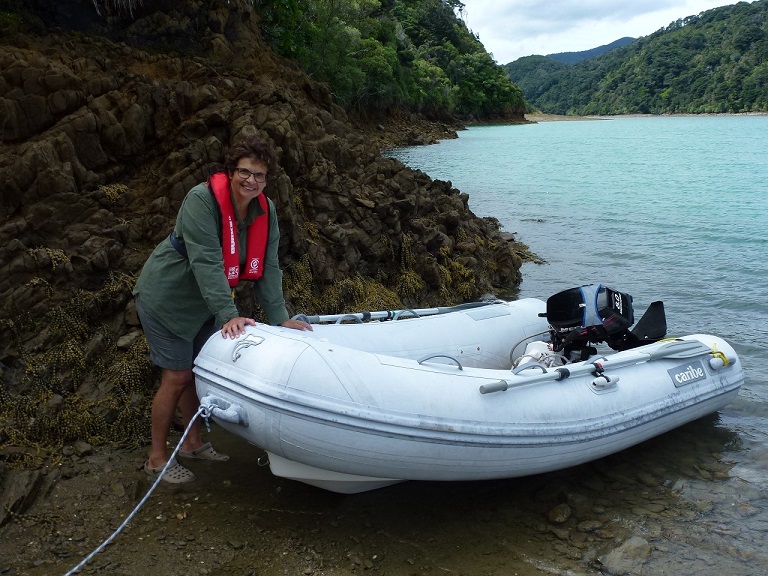 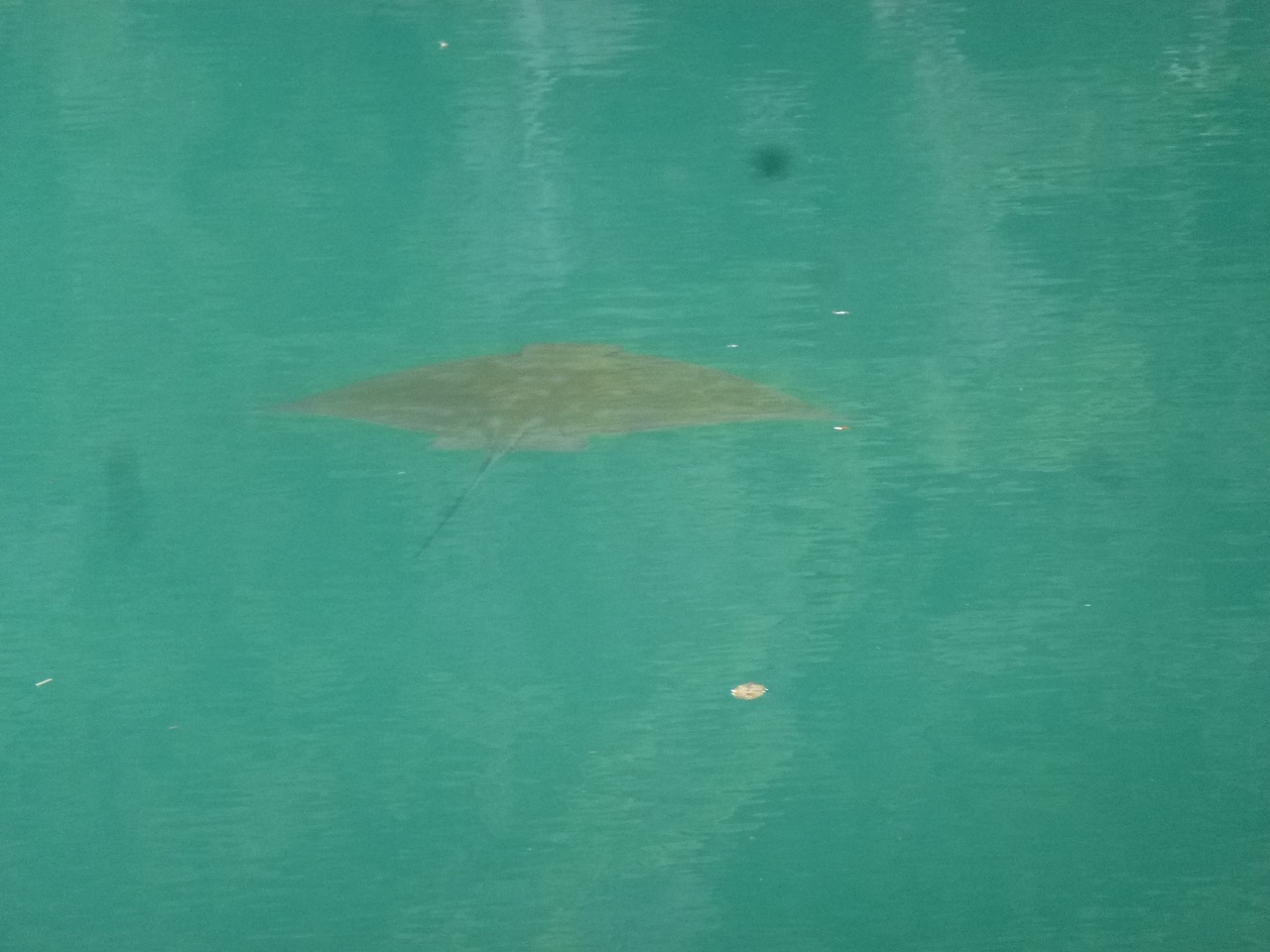 On Thursday we rode a 2m swell down to Croiselles Harbour.  Not the most picturesque spot we’ve been, with clear felled areas and pine plantations.  Most of the obvious spots for anchoring were filled with mussel farms, but we found a nice spot at the head of Oyster Bay and had our final swim for a while.  Again, no phone signal! 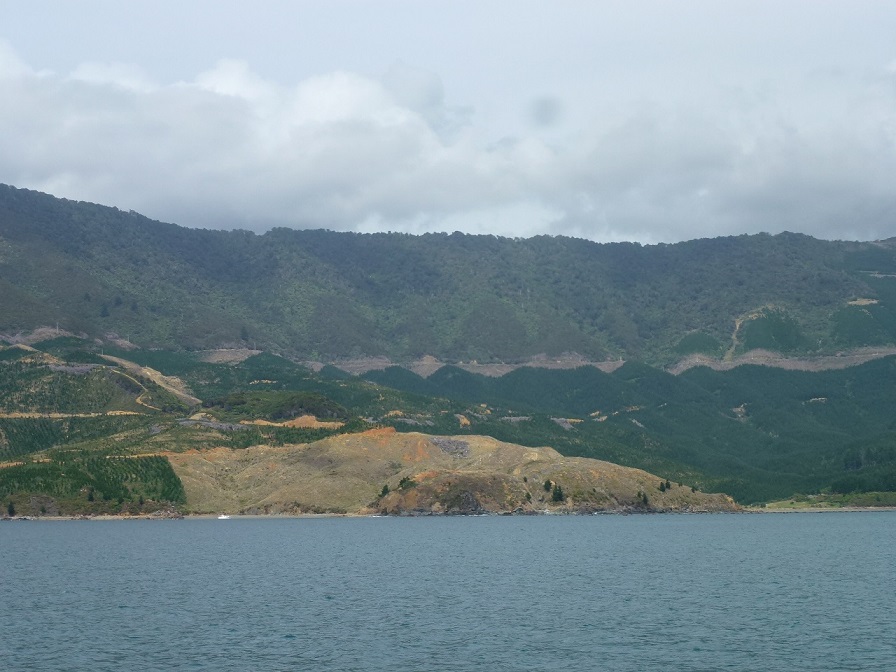 Friday morning was grey, but no rain as we set off for Nelson.  Unfortunately, we soon came across large areas of floating wood debris, most likely leftover from Cyclone Gita.  We had to hand steer for quite a while in order to dodge the larger logs.  The debris ranged from sticks under 1 meter long to this beast (a whole tree!). At least everything is still clearly floating on the surface - it will be a real hazard as the logs become waterlogged and sink to just below the surface! 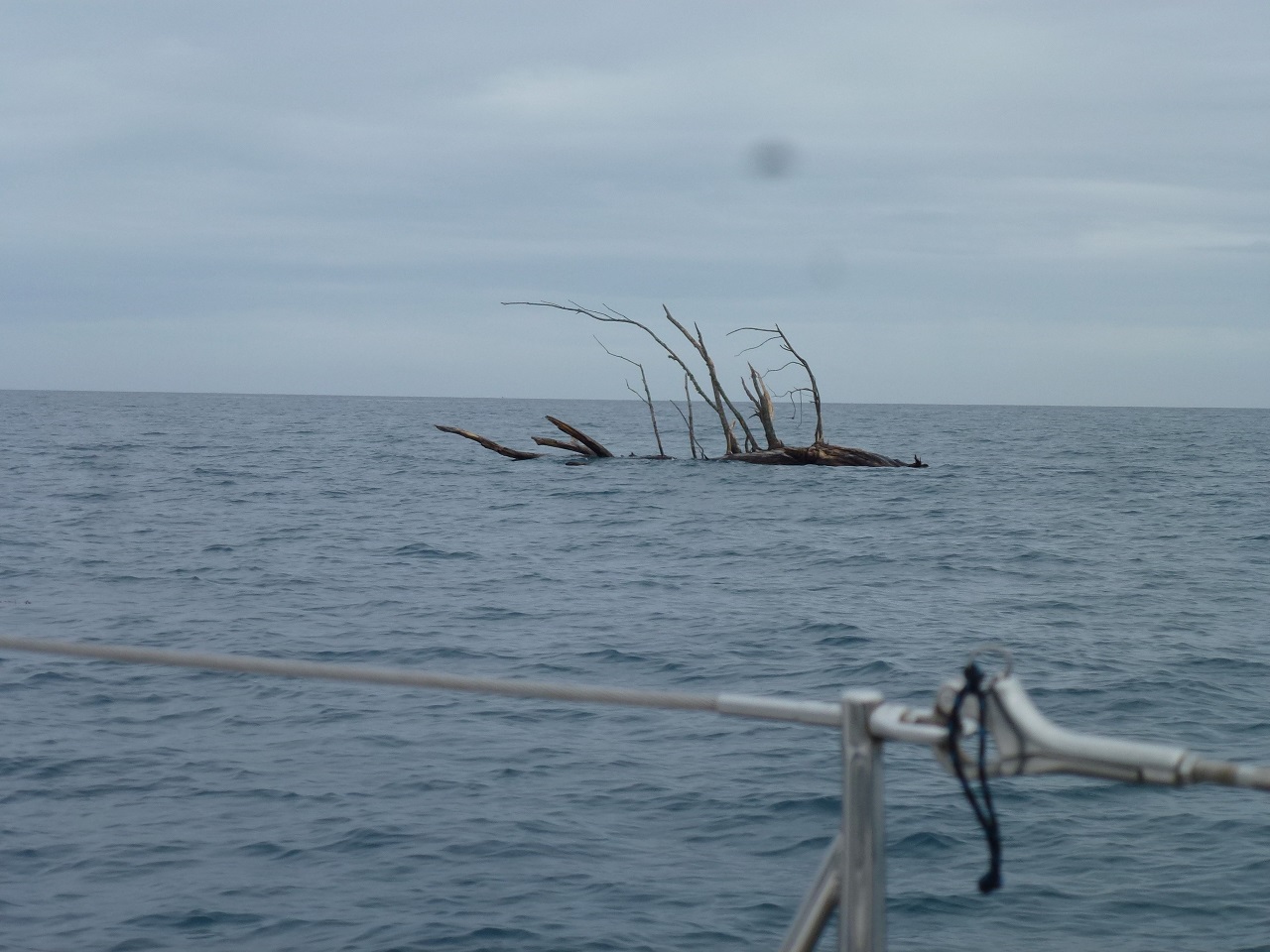 So we’re back in Nelson marina – I’d forgotten how loud the cicadas and crackly hull noises (what makes those crackles?!) are here!  It’s hot and muggy, but at least we finally have internet and can do shopping and laundry and other chores.

Alex finally discovered the reason the watermaker was leaking – a cracked housing on the boost pump.  Shouldn’t be too difficult to fix!