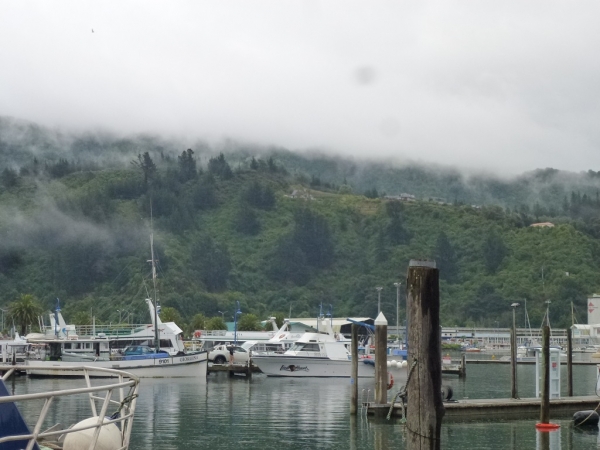 After a couple of rainy days we were getting itchy feet and decided to spend a few more days looking around the inner QCS area. 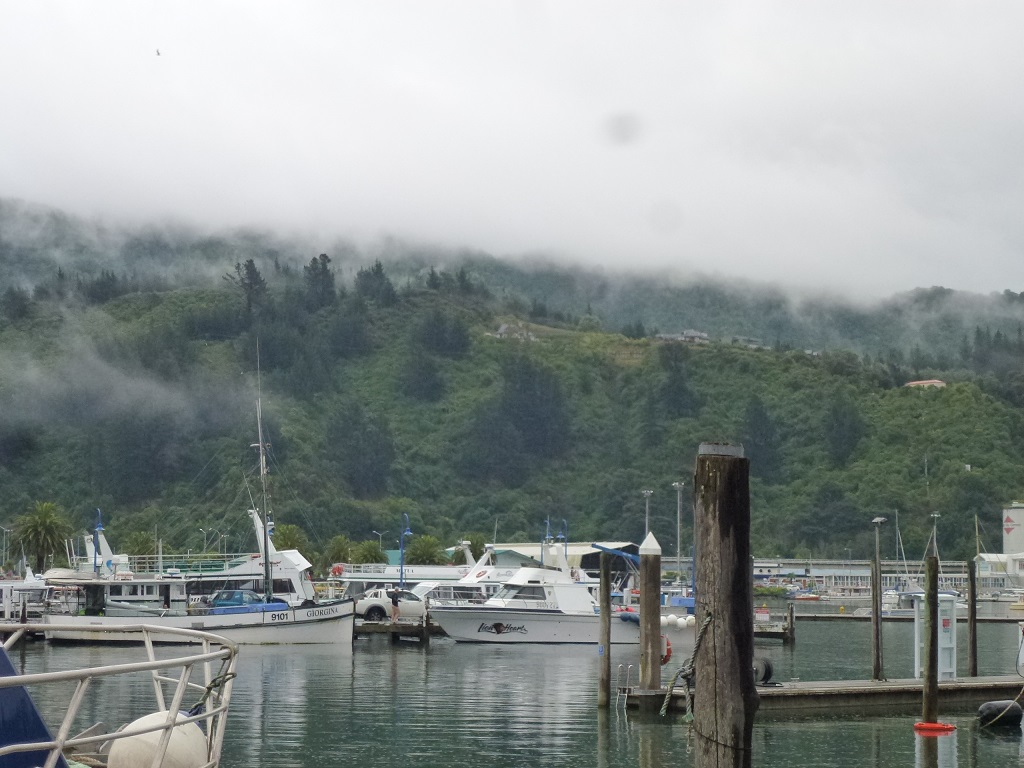 First we headed all the way up Grove Arm to the end of the sound, near the Outward Bound centre. Had a lovely swim around the boat – the warmish water makes a nice change from Tassie’s water temperature!  I heard a peculiar buzzing noise and looked out to see an ultralight checking out our boat. 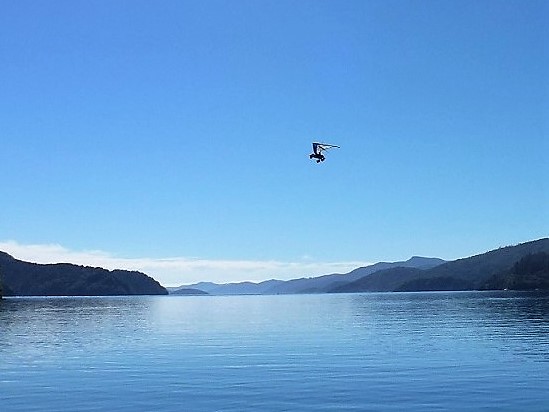 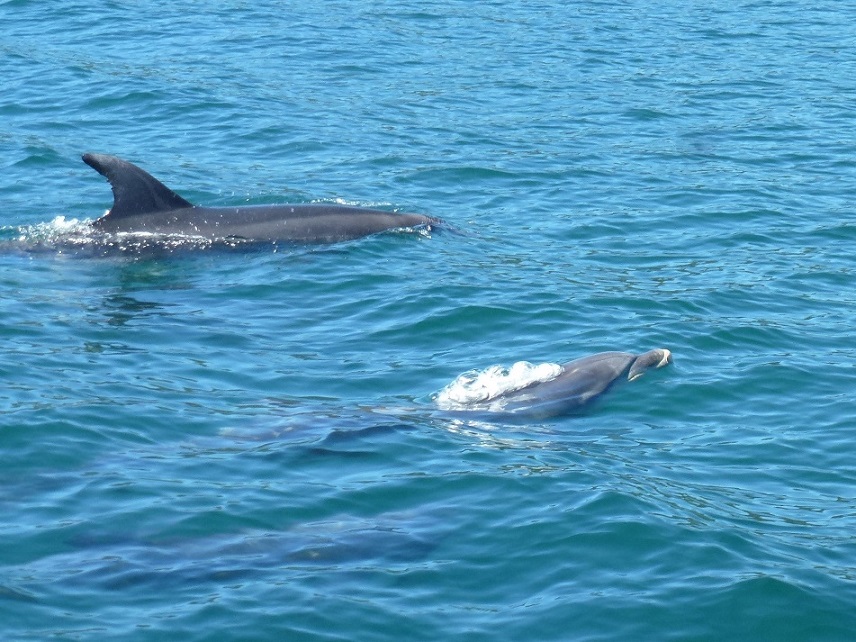 The next day, while Alex and I were fully occupied with some mainsail halyard tensioning, a pod of common dolphins (one of 5 species in the sounds) came alongside to play.  I didn’t appreciate the soaking one of them gave me!

We picked up a mooring at Bay of Many Coves resort and got a lift ashore for a late light lunch.  Alex really got into his cider! 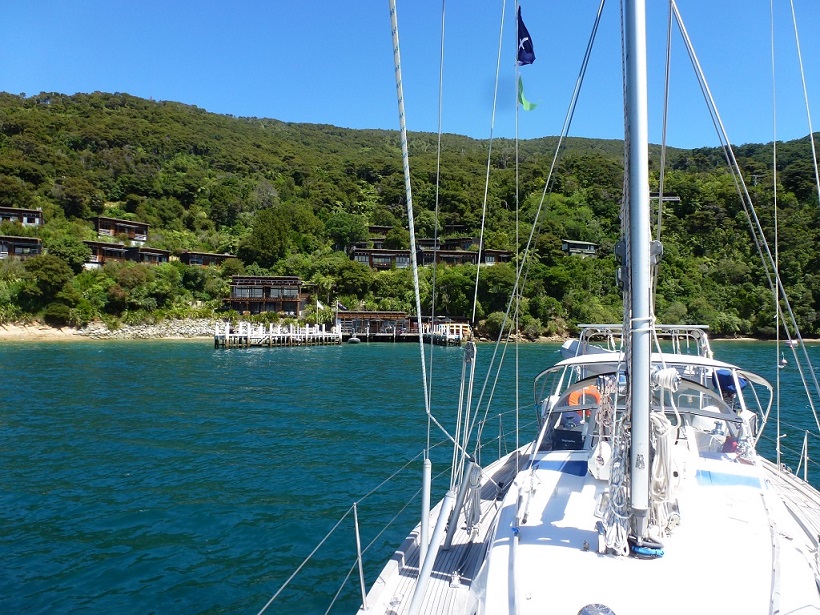 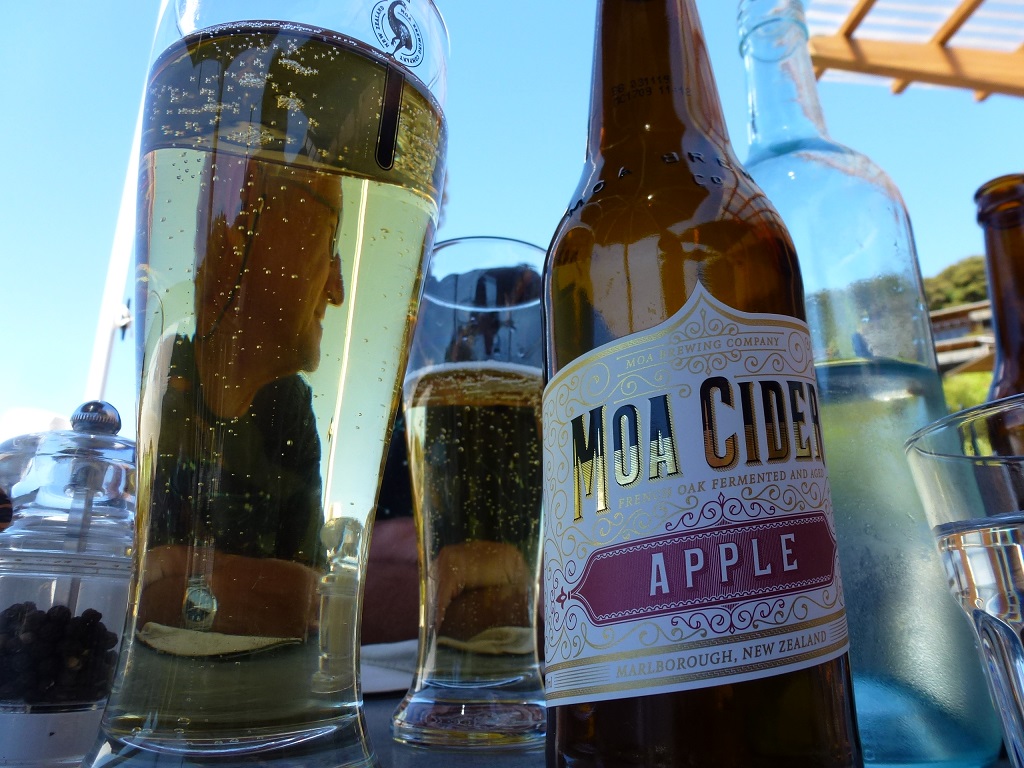 We spent the night in Ruakaka Bay on a club mooring.  It was very peaceful until about 10pm when we discovered that the mooring is adjacent to a blue penguin rookery – what a commotion!  Eventually they quieted down, but we later heard the puff of a dolphin or seal nosing about the boat.

On Wednesday, we motored into the Tory Channel a short way – this narrow passage to Cook Strait has some pretty strong currents.  At one point we had 2kt pushing us along and that wasn’t even the strongest flow.  We checked a couple of anchorages, but found that the hillsides were covered in pine plantations and didn’t have that “special feel” to us, so we returned to Ruakaka Bay where I had another go at fishing and managed to land a blue cod (unfortunately he went back in to grow up a little bit more!). 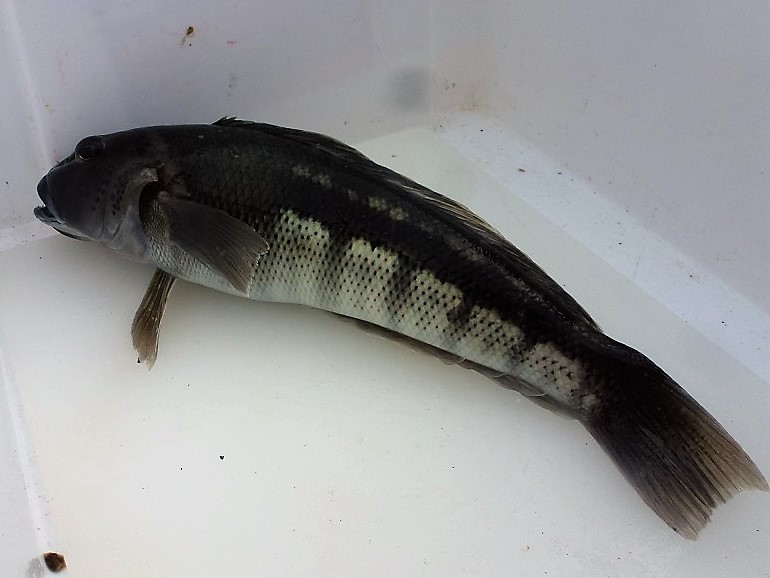 We firmed up our plans to go to Wellington this weekend and to leave the boat safely tied up in Picton in case Cyclone Gita decides to swing into NZ.  As we were heading back to our berth we passed this mega-cruiser, “Janice of Wyoming”. 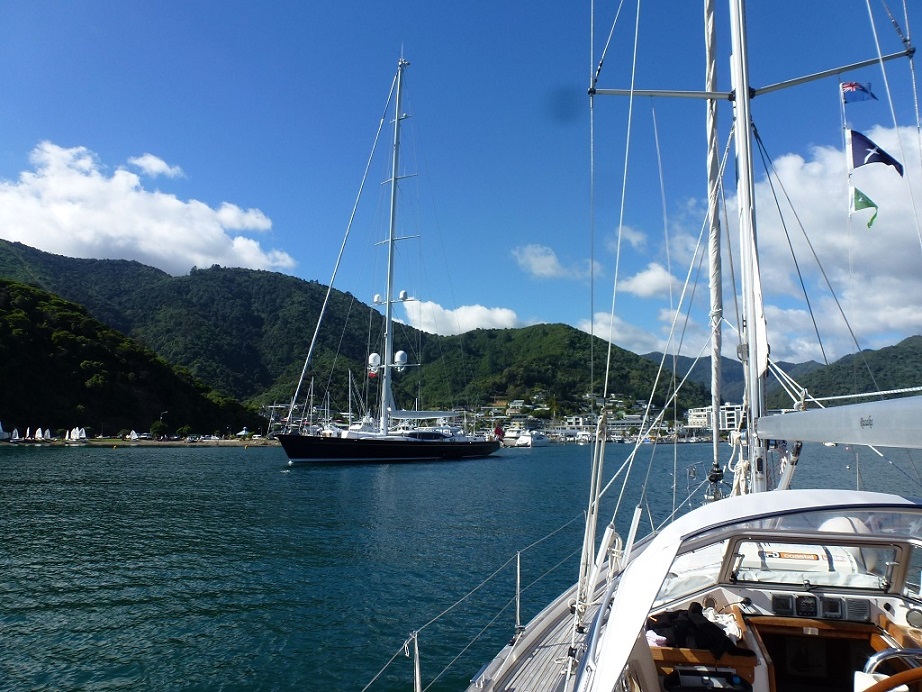