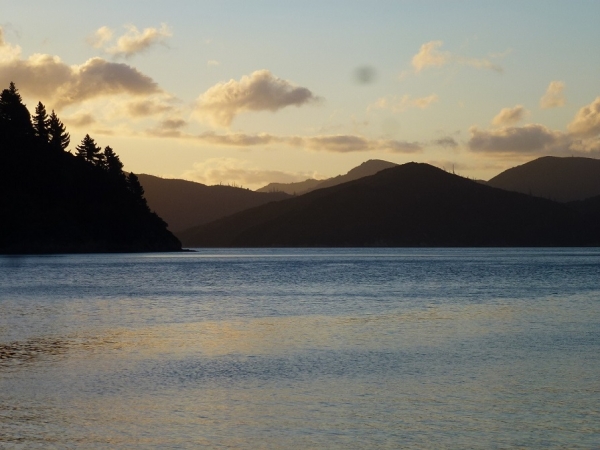 Monday was a windy day with strong NW’s, but we decided to head up Endeavour Inlet to Furneaux Lodge.  Some of the resorts here have moorings that they allow visitors to use for free – with the expectation that you’ll have a coffee or meal in their restaurant.  They will even ferry you to and from your boat in their dinghy. 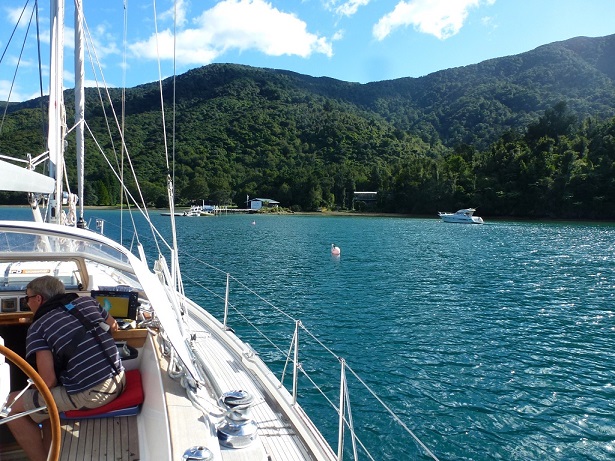 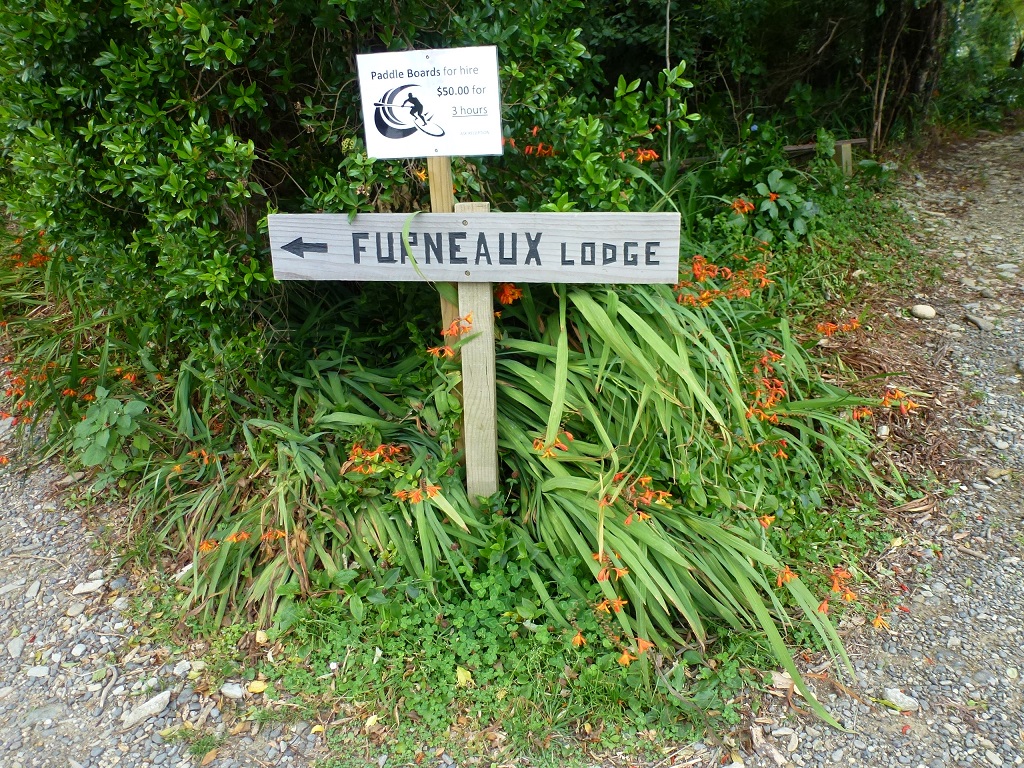 We went for a short walk on the Queen Charlotte Track and then enjoyed grilled gurnard and a burger for lunch. 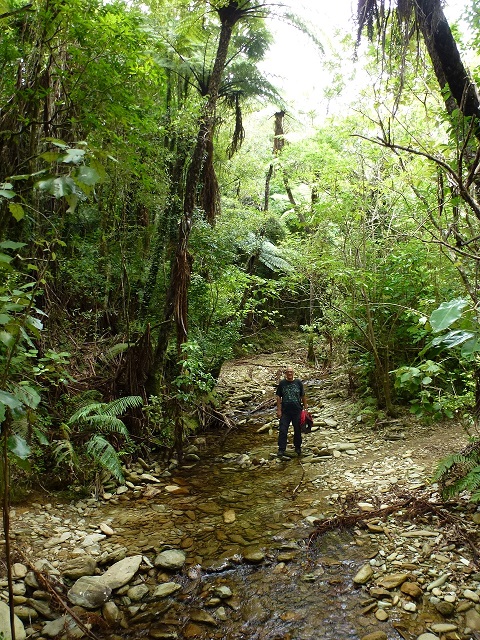 We spent the rest of the day lolling on the boat, digesting!  Unfortunately, there is no phone signal here.

Tuesday morning, we sailed back up the sound in light winds in the hope of going ashore at Ship Cove, but a Southerly came up just as we arrived so we abandoned the idea of a walk.  We bashed back across the sound to Warehunga Bay for shelter from the wind and picked up a mooring. I made pizza and started a sourdough ferment, while Alex got the water-maker going.  We stretched our brains with a geography quiz game in the evening followed by whisky and chocolate to finish.

On Wednesday morning we returned to Ship Cove – and it was worth the wait!  All four of us went ashore to look at the monument to Captain Cook and walked to a nearby waterfall.  Then Alex and I returned to the boat to bake bread while Andrew and Judy walked up to the lookout. 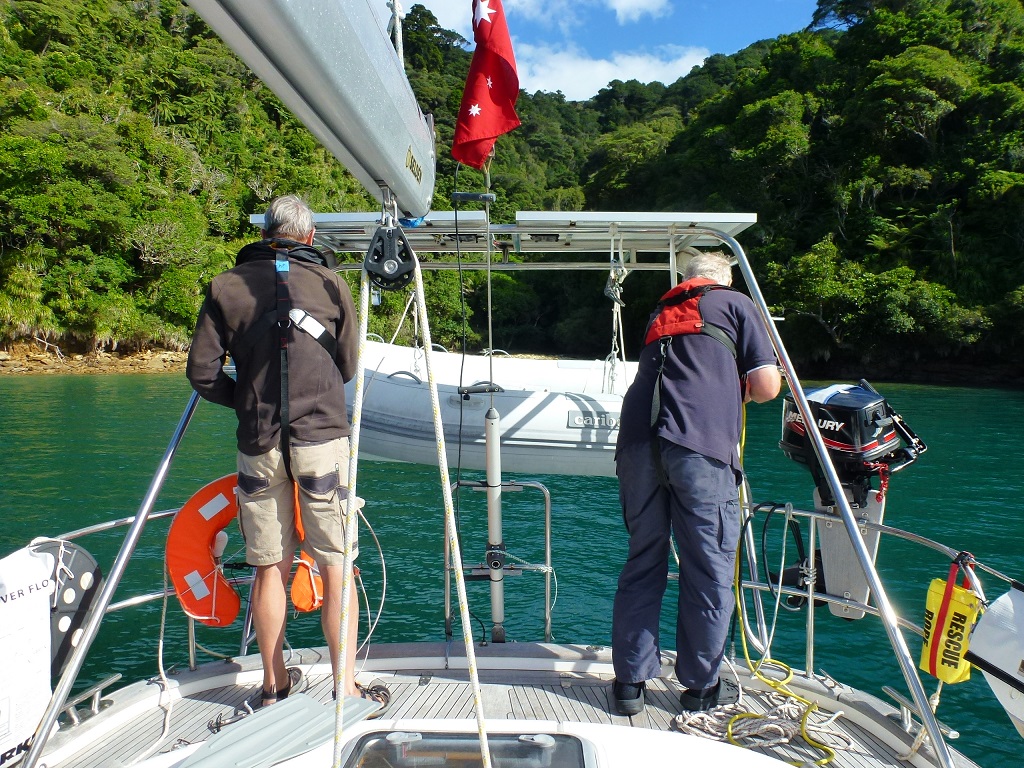 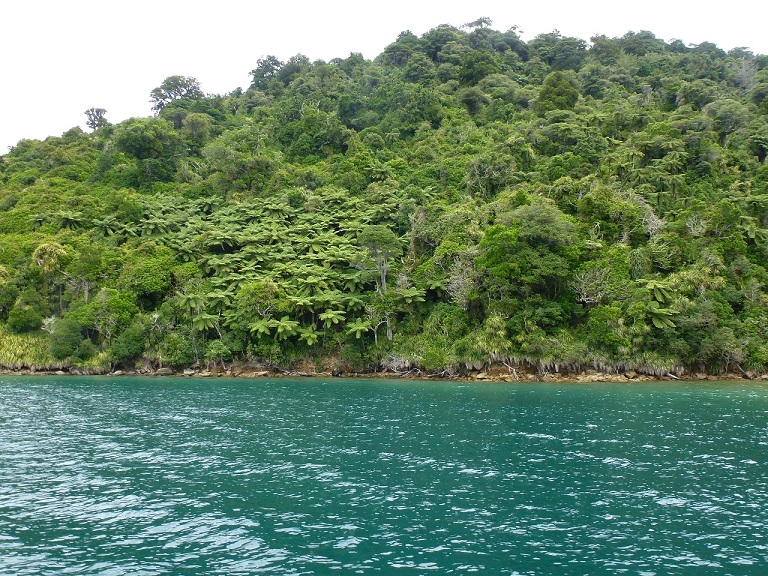 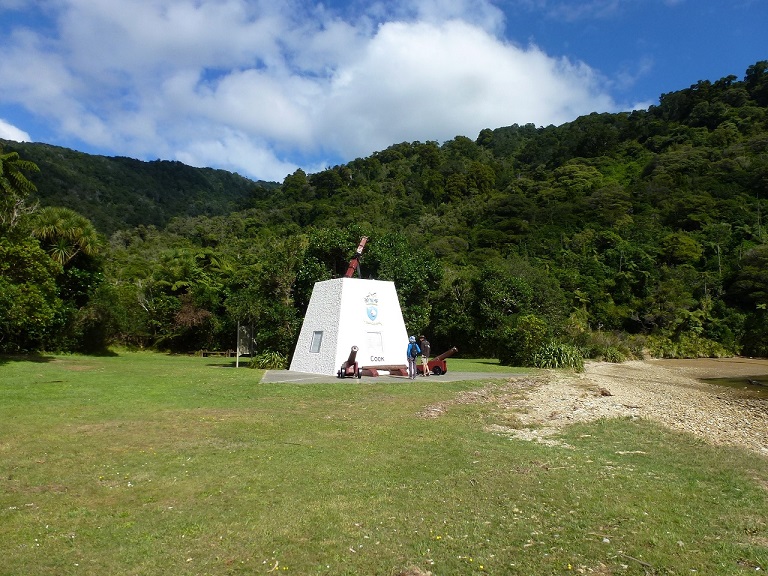 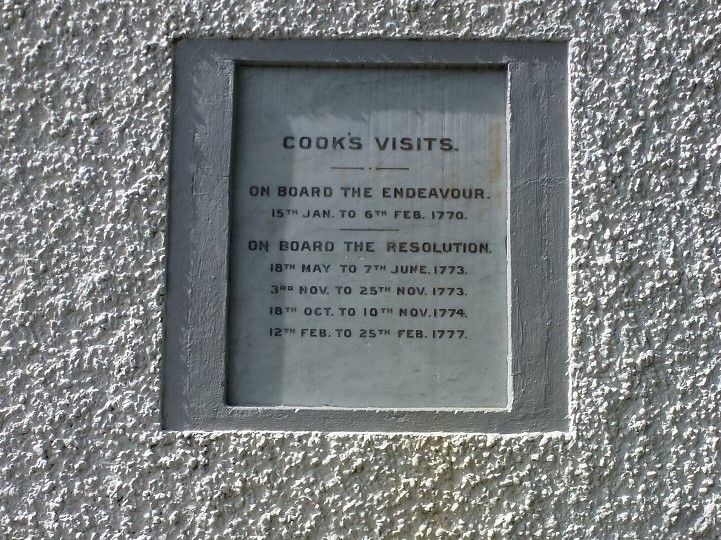 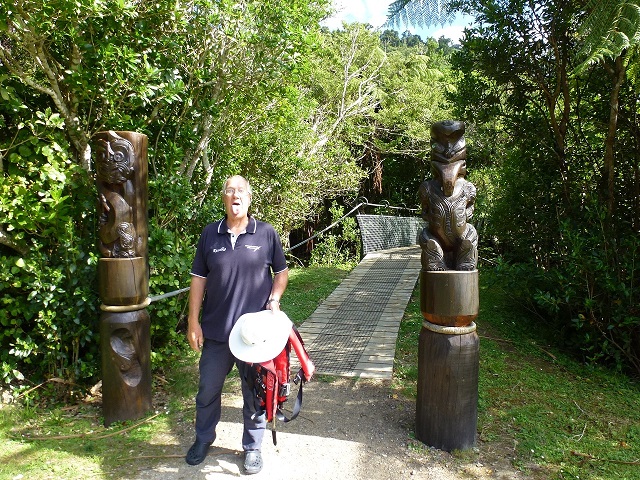 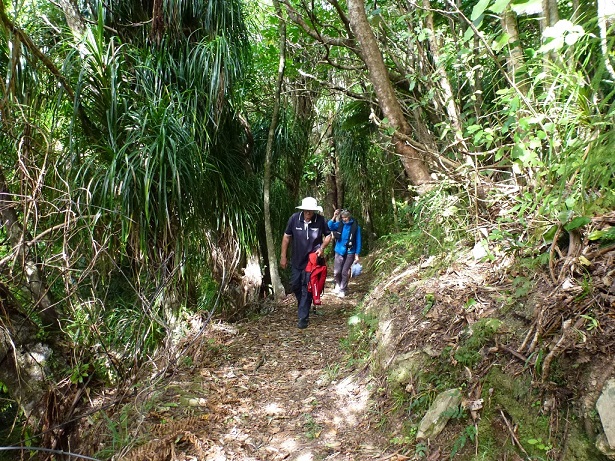 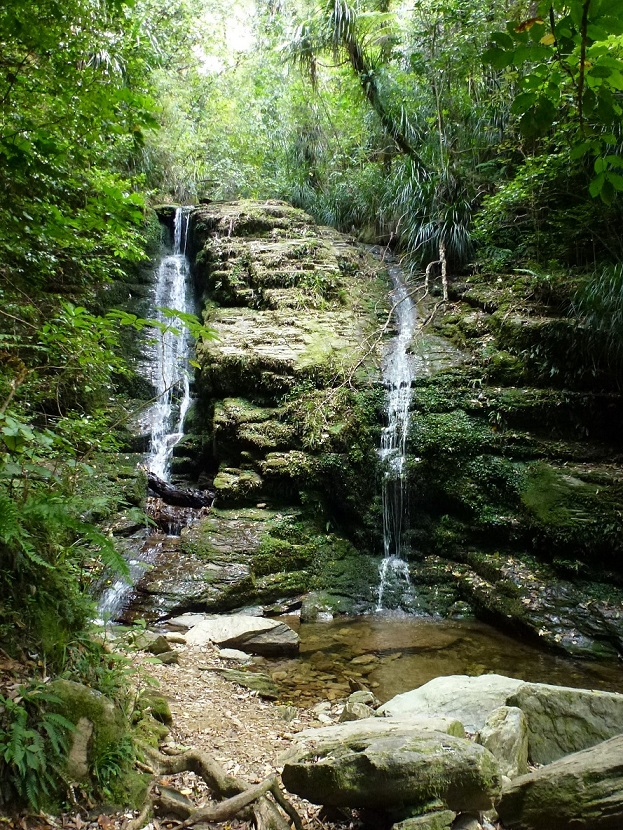 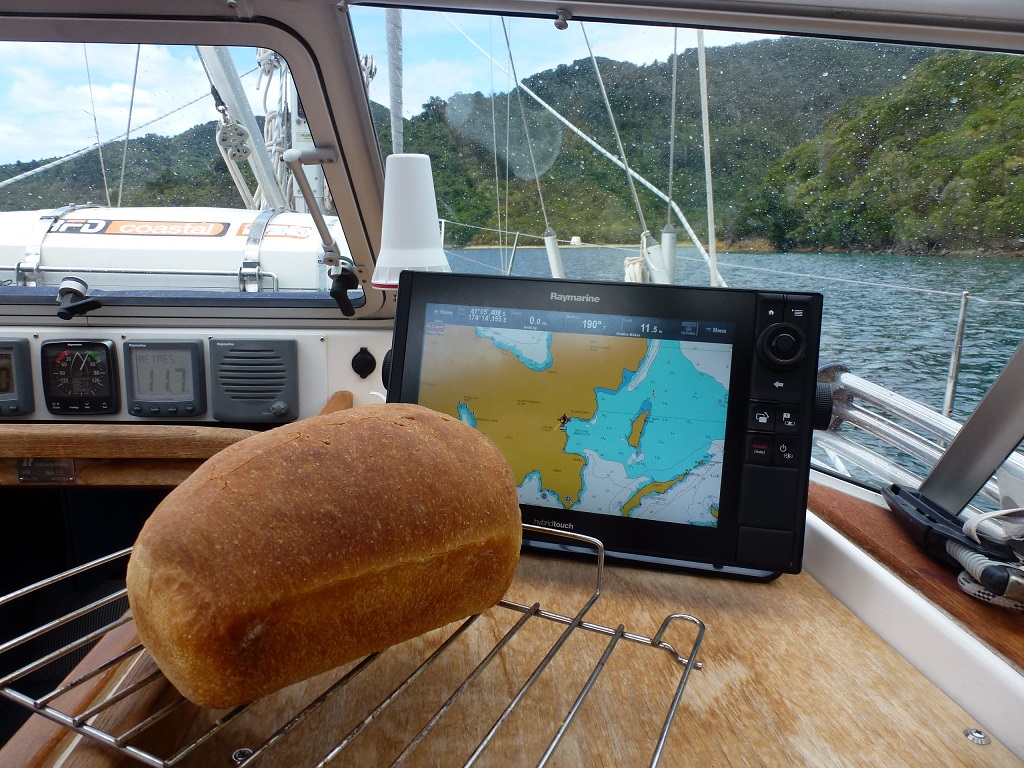 We had hoped to go to nearby Moturua Island, which is a bird sanctuary, but the winds were making the water too sloppy for anchoring and a dinghy ride. Instead, we went to Double Bay and rafted up to a small wooden sailboat.  We watched an Outward Bound boat arrive full of some fierce looking kids, who then were put in a whaleboat and rowed all around the bay (presumably to wear them out!). 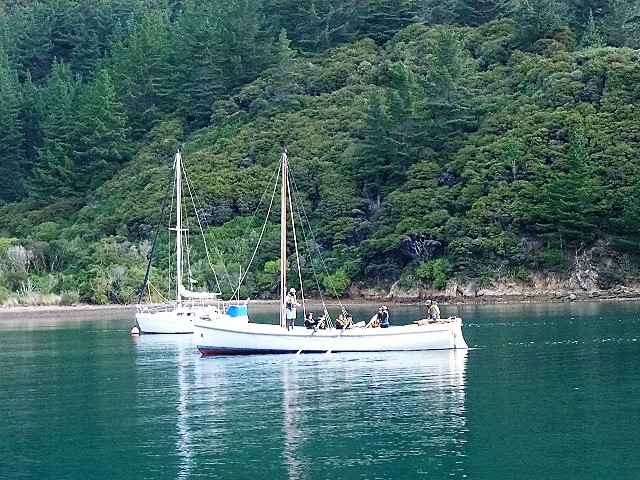 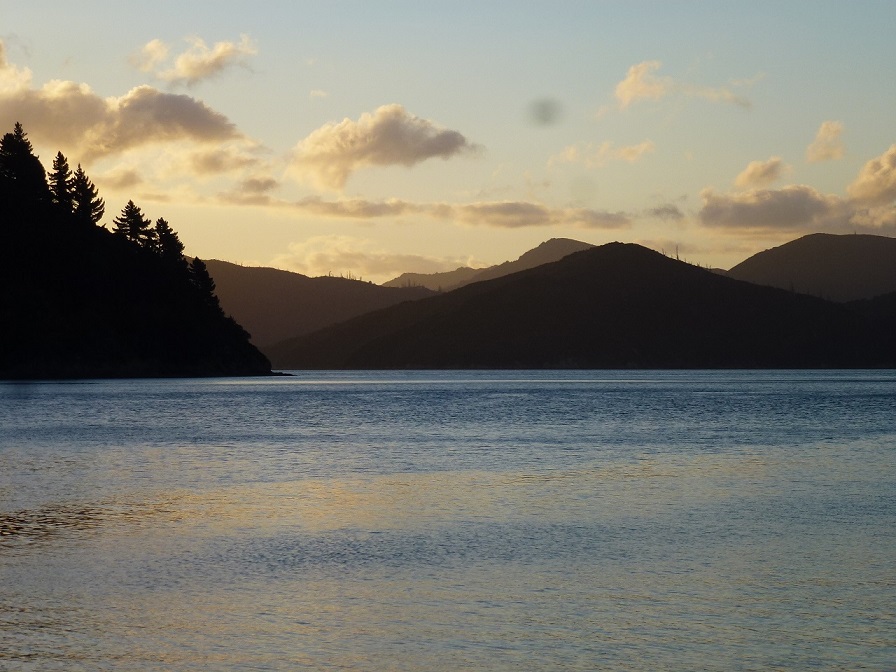 Pumpkin curry for dinner followed by a round of Letters & Numbers and whisky to finish.

On Thursday we ventured further into QCS, anchoring in Mistletoe Bay and going ashore for a walk followed by ice cream. It was a peaceful, quiet, windless night. 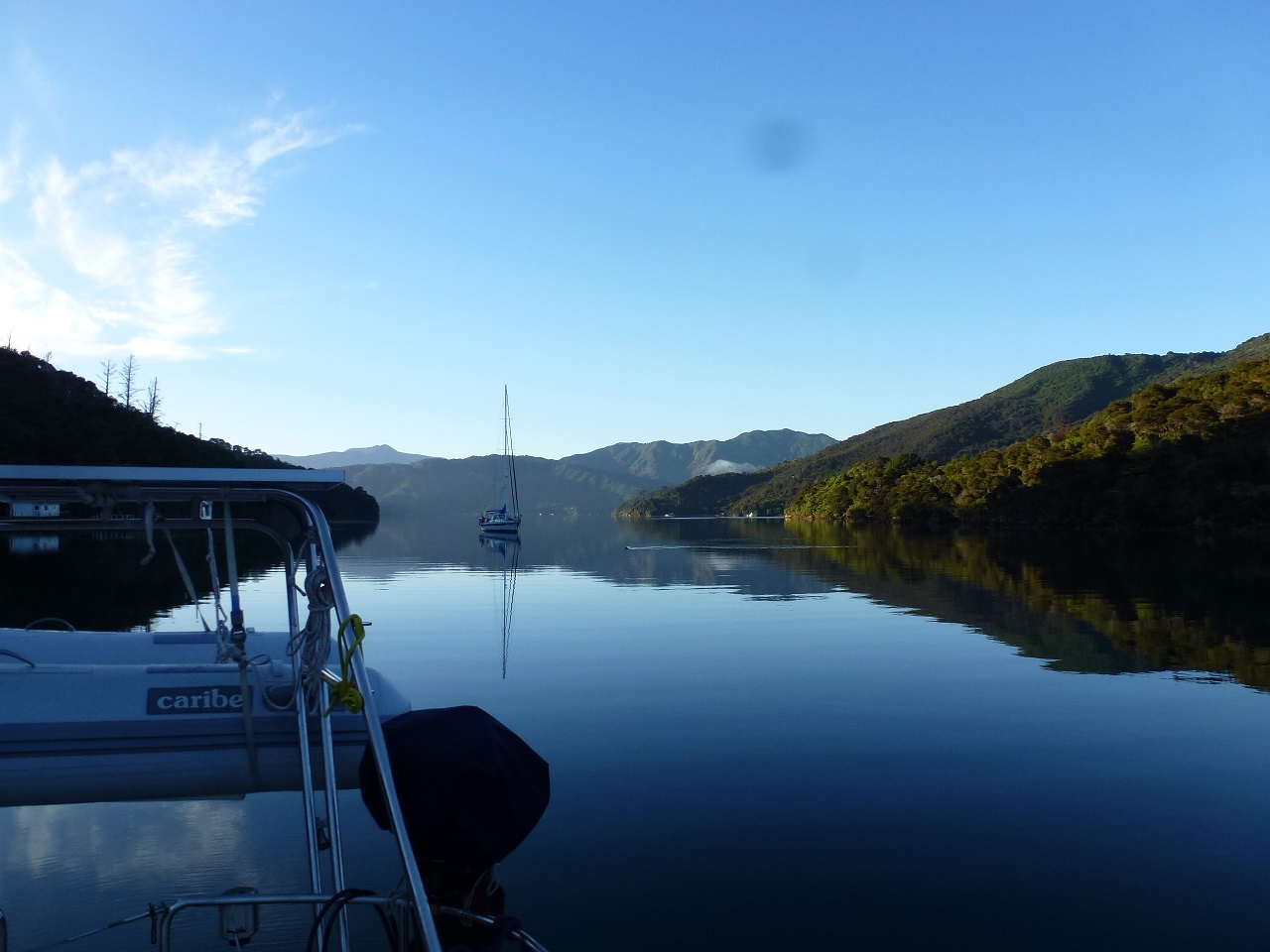 Friday morning, after checking out more of the “LUUUVLY” anchorages (the locals we’ve talked to seem to describe most of the little bays around the sounds as LUUUVLY, and they’re often right!), we picked up a mooring at Lochmara Lodge and caught a lift ashore.  This resort has quite a few activities you can pay to do, and we picked the underwater observatory – where they hand feed stingrays and had blue cod and other sea creatures in cages hung under a glass-bottomed boat. 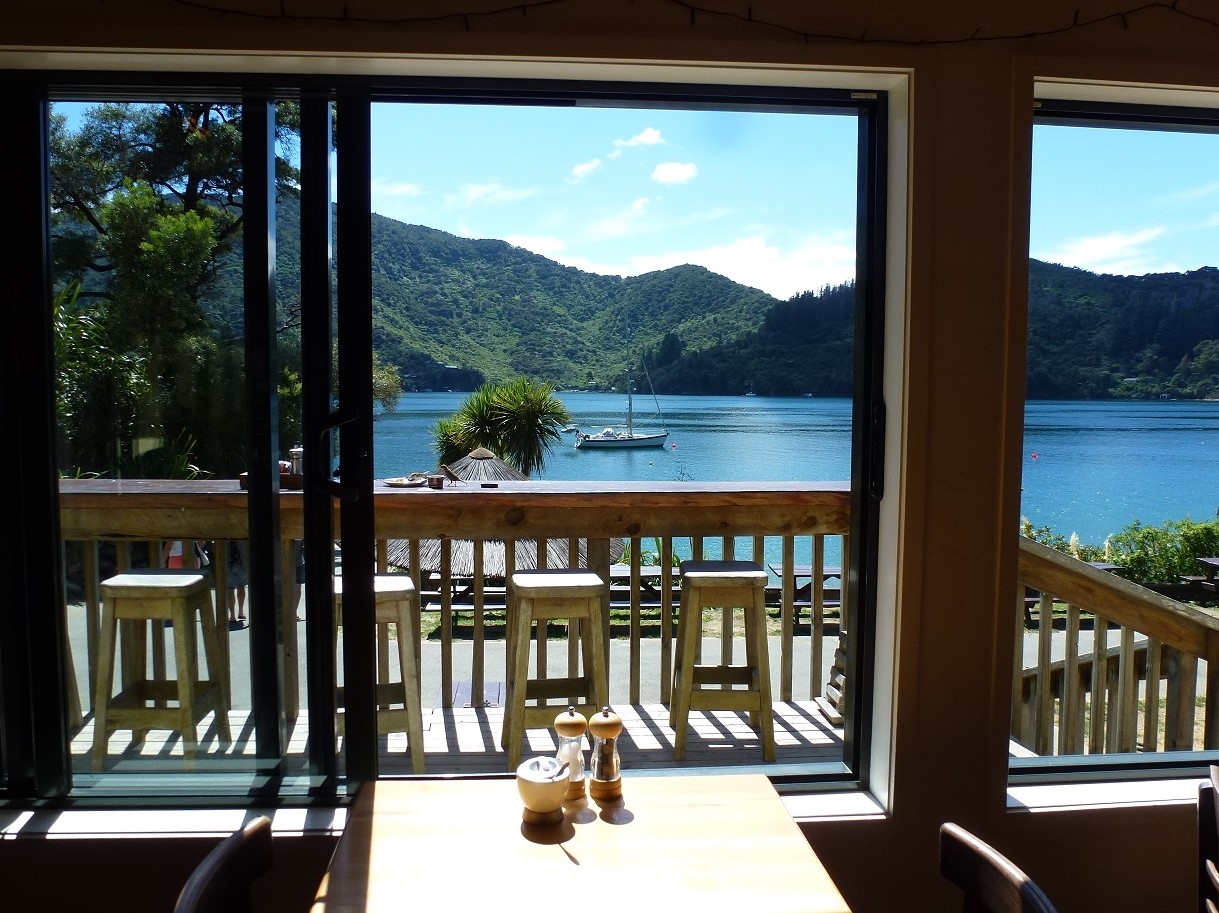 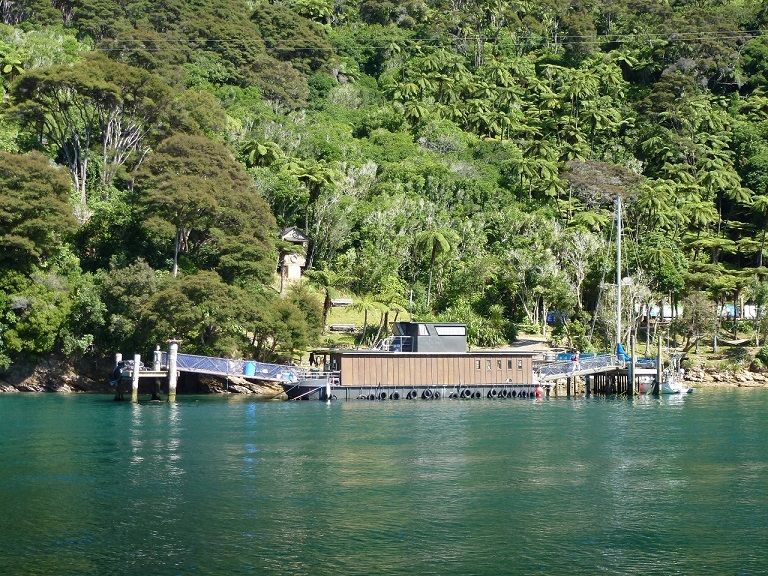 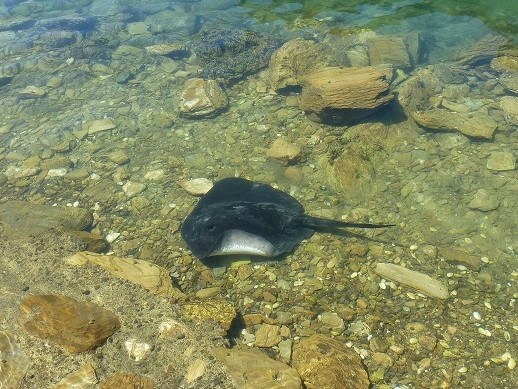 In the afternoon we headed into Picton where we had a berth reserved for a few days. Saturday morning we said goodbye to Andrew and Judy who were leaving Rusalka after two very enjoyable weeks of cruising together. They were heading off on the ferry for Wellington.  They must have a good sense of timing, because it immediately started raining! 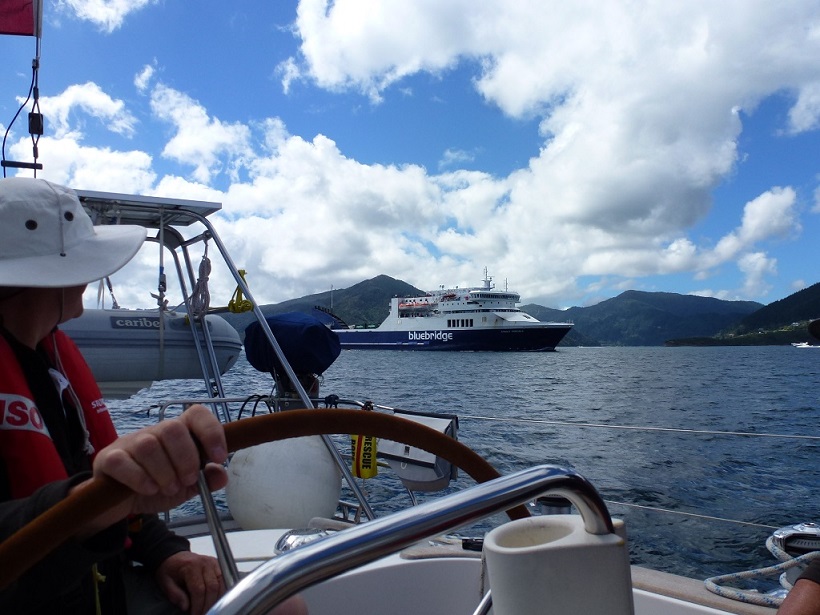 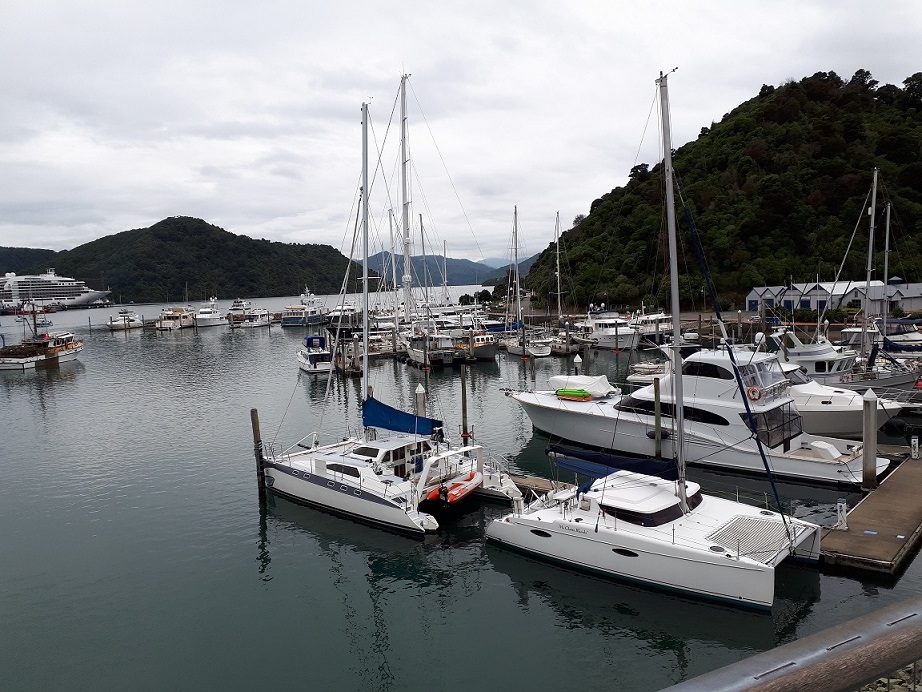 Alex and I wandered around the shops in the rain and visited the Edwin Fox Maritime Museum – the remains of the last boat that had carried convicts to Australia. 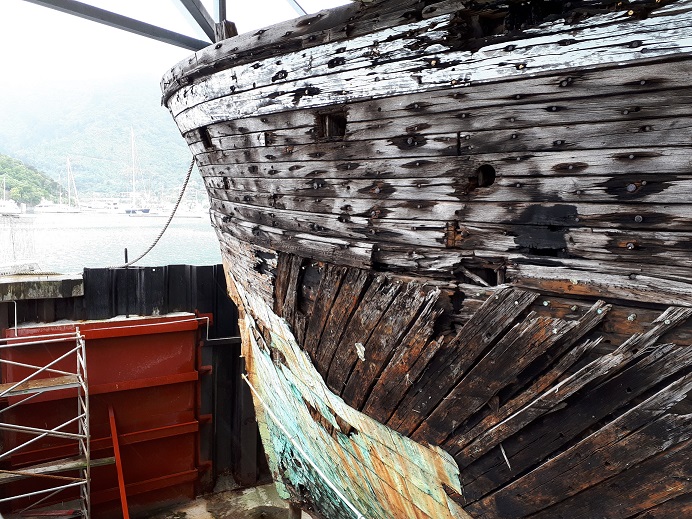 Today, Sunday, it’s been raining on and off all day.  We’re reassessing our plans for the next couple of weeks.  We were hoping to nip over to Wellington on the ferry for a couple of days of sightseeing, but England is playing cricket against NZ there at the moment and the hotels are all full!  So we’ll probably give it a miss and just re-provision for another week of cruising around here.  There’s another cyclone up north that may bring bad weather next weekend, so we may not go very far!  Such is life for a lazy cruiser.