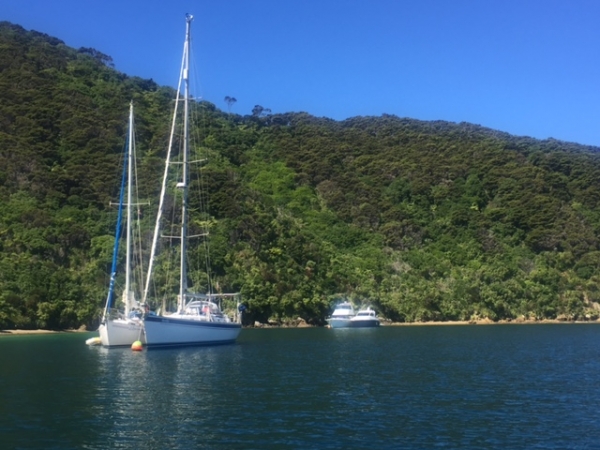 After the big blow we spent Friday getting ready for a week of cruising – food shopping, fueling the boat, having one last restaurant meal.  We left Nelson on Saturday, in light winds heading for the notorious French Pass, that would let us slip under d’Urville Island and avoid some exposure to Cook Strait. 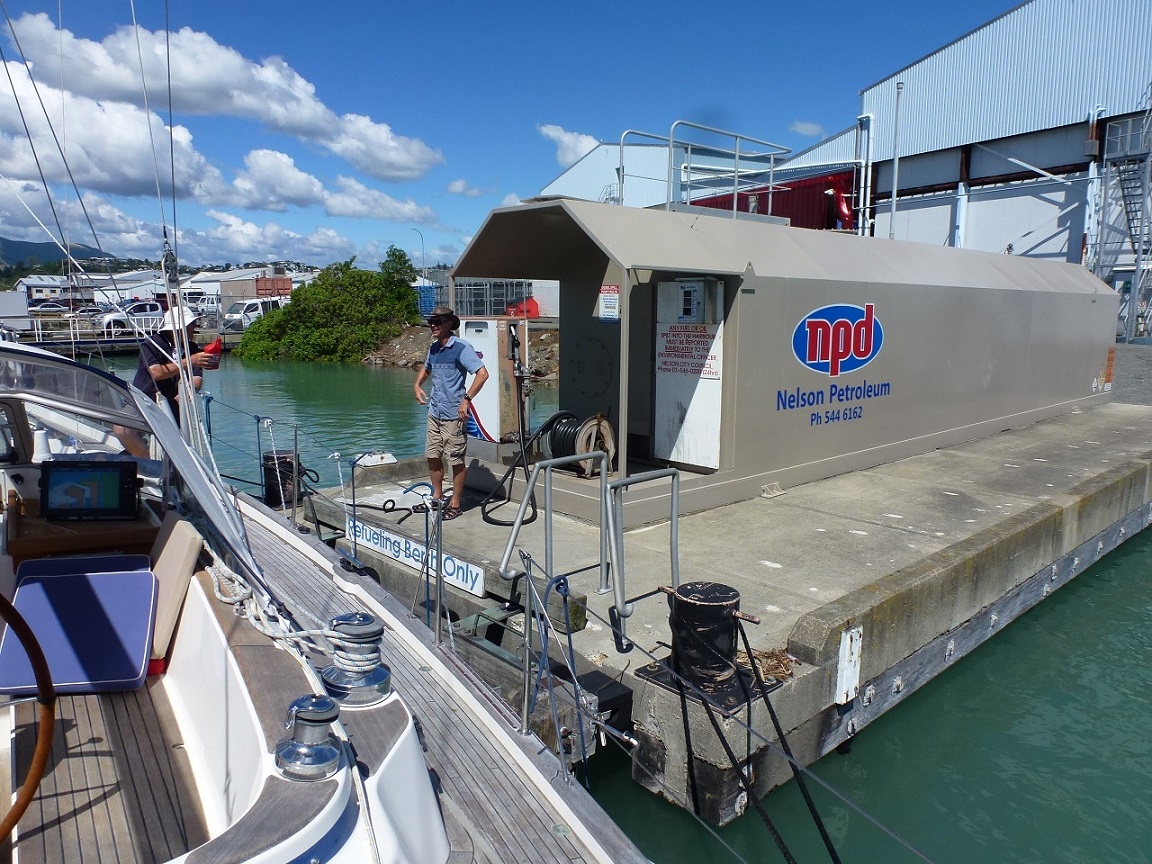 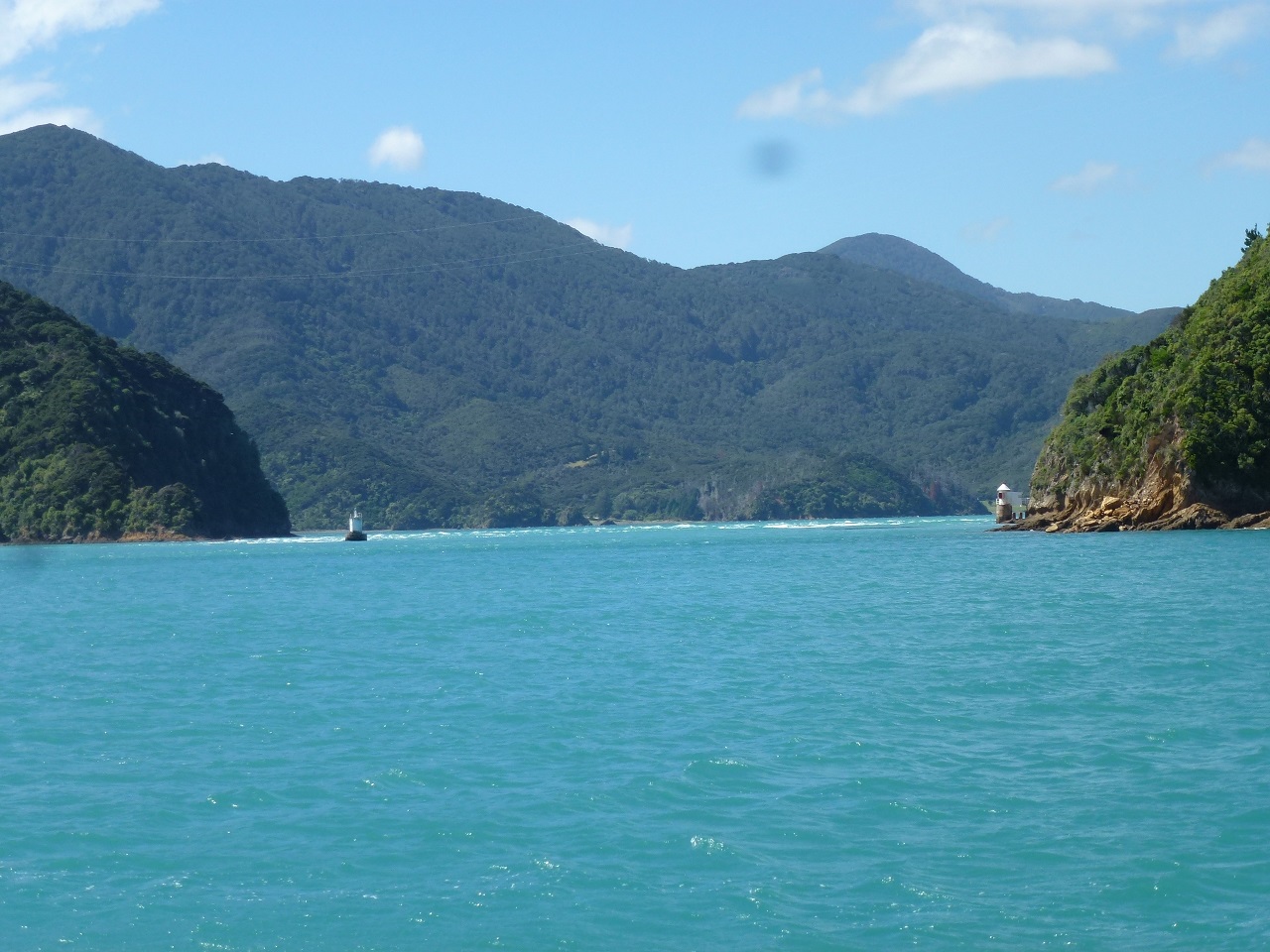 The winds gradually increased (on the nose!) as we approached the pass, but we proceeded through at as close to slack water as possible with a bit of wind and current with us as we entered.  It was a bit of surprise then when suddenly the wind swung around to 25+kts against a 3.5kt current giving us an exciting ride out into Admiralty Bay.  Then we had a 3hr bash into 30+kts around to a peaceful Homestead Bay in Pelorus Sound. We made it into the Marlborough Sounds!

After a lovely quiet night, we set off again in light Northerlies for Cape Jackson and Queen Charlotte Sound, where we want to spend the next week exploring the nooks and crannies before stopping in Picton. 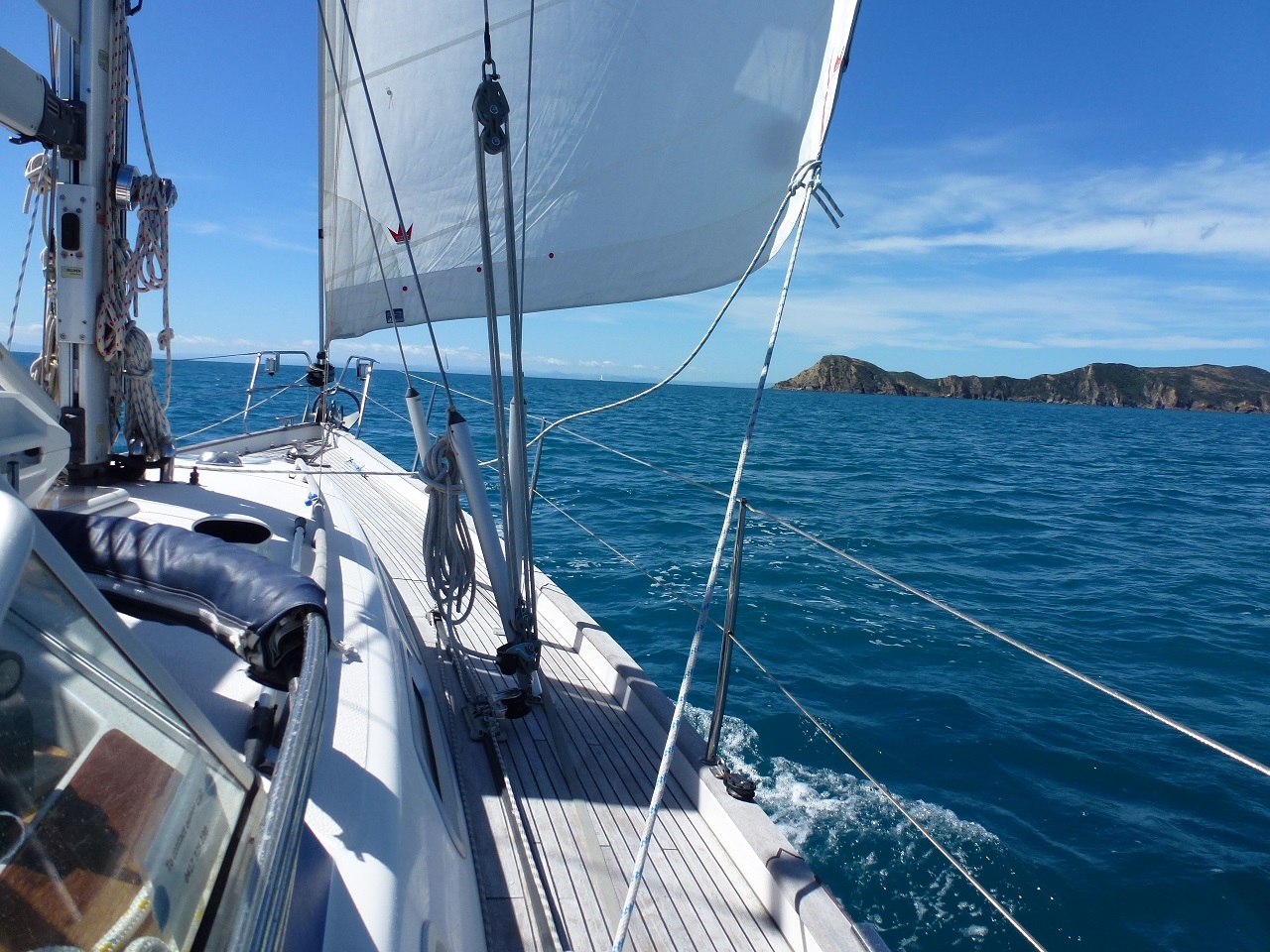 We followed a few other boats through the gap between the cape and some rocks – no dramas, but we had to dodge the inevitable array of pot buoys.  Why are they always in a tricky navigational spot?!  We had a quick look at Ship Cove, with a view to stay, but the moorings there were occupied. We're keen to get ashore there to see where Captain Cook stayed on several occasions.  There is a monument to see and there are walking tracks, but we'll have to go back another day.  We continued to Pickersgill Island in rising Northerlies and picked up a mooring.

Before leaving Hobart, Alex joined the Mana Cruising Club, which gives us access to about 100 moorings in the Marlborough Sounds area.  The Sounds are very deep right up to the shore in many places, so it’s great to have a wide network of moorings to pick up.  We’ve also got to meet other local sailors as we’ve rafted up on the mooring with another boat.

Plans for today are to either sit out the wind on this mooring again or perhaps to beat across the sound and up Endeavour Inlet to Furneaux Lodge for a meal in their restaurant!