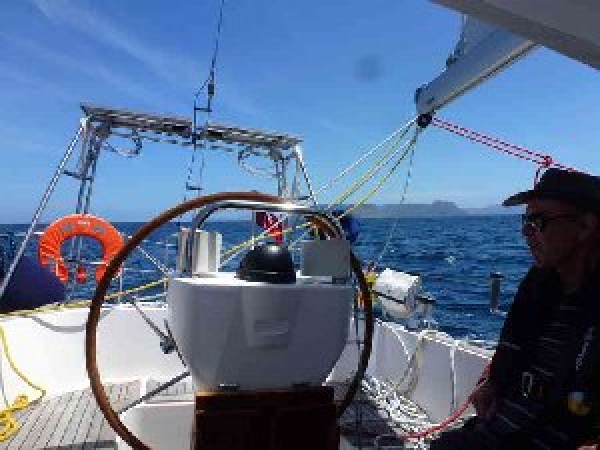 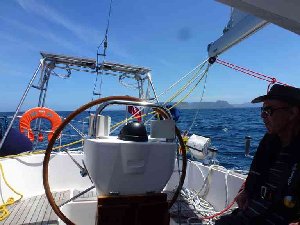 The crew appear to be enjoying their tucker! 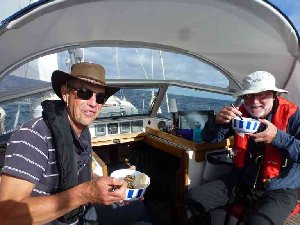 "Yummy yummy mushroom and barley soup. We all had 2 helpings, none left. Thank you Jackie"

You may have noticed we spent the first night, Tuesday, in Nubeena....

Straight out of Sullivan's Cove wind was on the nose, so we tacked all the way down the river and into Storm Bay. Suddenly the wind just died to <3 kts. Forecast was for it to stay that way until after 11am Wednesday. Rather than motor for 14 hours, the decision was to motor for 1 hr into Nubeena then at 8am  next morning to set off motoring for 3 hours to catch the 11am wind.

Peaceful night on a mooring, had showers all round in the morning and now we're off again. Motoring, no sails up and into 2 – 3 knots headwinds.