After many weeks of maintenance chores and getting ready for summer cruising, we finally got away for a few days to make sure everything is still working and to remind ourselves how to sail!

Despite a dodgy weather forecast, we decided that Norfolk Bay would be a nice getaway, allowing us to get home in time to see the start of the Sydney to Hobart race on Boxing Day.

We set off on Friday in not much wind, so we motored almost all the way to Sommers Bay.  Very few pleasure boats were out – perhaps the weather put them off, perhaps they’re waiting until after Christmas.  We had Sommers Bay to ourselves.  Alex donned his new wetsuit to check under the boat – all good, although with a water temperature of 21°C it was just about warm enough for a swim without a wetsuit! 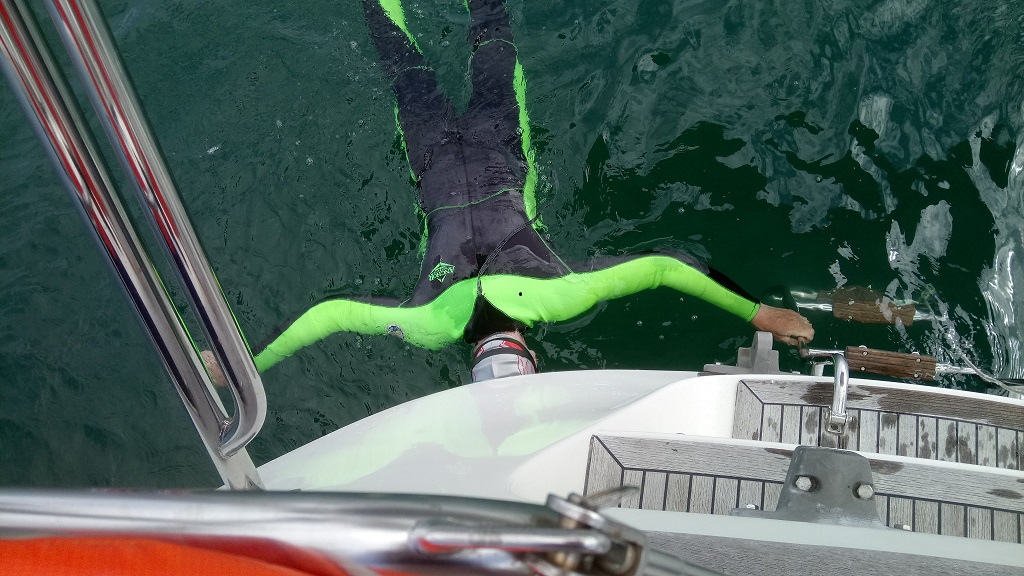 Enchiladas for dinner, followed by a whiskey and a video and early to bed (not long after taking this photo of the sunset at 8:50pm – the evening of the Summer Solstice). 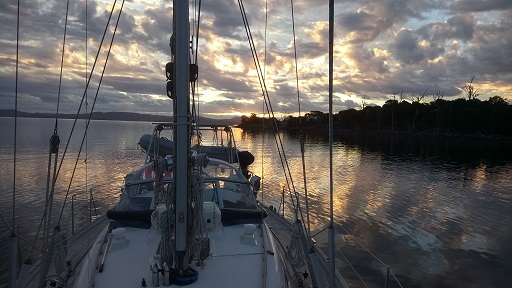 Saturday morning I decided to try fishing – the first flathead was a tiddler, but then five good-sized fish jumped on the line, one right after the other.  Alex did his duty of dispatching and filleting them (and cooking them up later for dinner!). 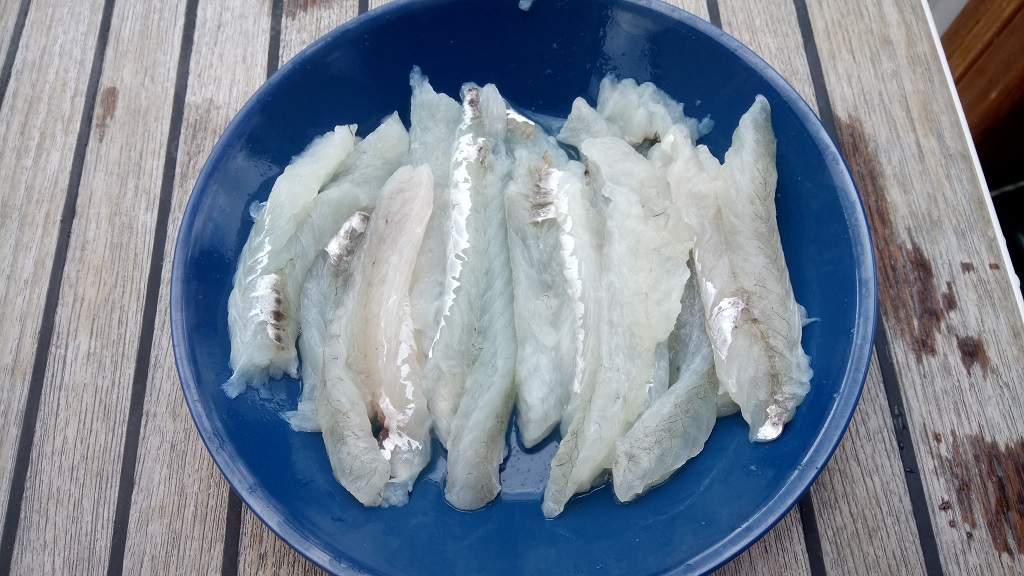 Late morning we set off, beating into light winds, towards Murdunna with the intention of going ashore to get the newspapers.  No sooner had we anchored then the wind rose to 15-20kt and storm clouds scudded overhead, so we abandoned plans to launch the dinghy and instead had a great beam reach sail to Taranna.  We searched in vain for the KBC mooring and instead picked up the public mooring, which has a huge rusty eye and swivel at the top of a pole and a long mooring line.  This wouldn’t be a problem except in light or fickle winds which cause the boat to drift up to the mooring and allows the pole to scrape down the side of the boat.  Which of course it did.  Not. Happy.

Sunday morning – Christmas Eve.  The boat is decorated with fairy lights, the stocking is hung and we’re ready for Father Christmas. 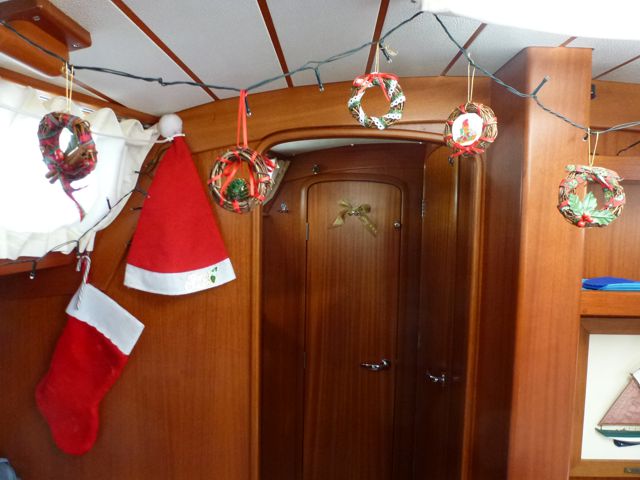 It’s forecast to be windy all day, so (after moving to a different mooring) we’re enjoying a lazy day aboard, doing odd jobs and working on this blog.  Later we’ll cook up a proper Christmas dinner (quail this year – we “chickened” out of cooking a turkey in our small boat oven) and open a bottle of bubbly. Last year for Christmas we received a set of videos of “Howard’s Way”- a cheesy British soap opera from the 1980’s set in a sailing community in the south of England.  Despite the bad acting and ridiculous 80’s clothes and hair, we’ve become addicted to watching it on the boat.  Hoping that Father Christmas brings us the next video in the series! 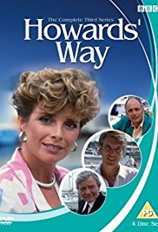 Tagged under:
Published in: 2017 and older